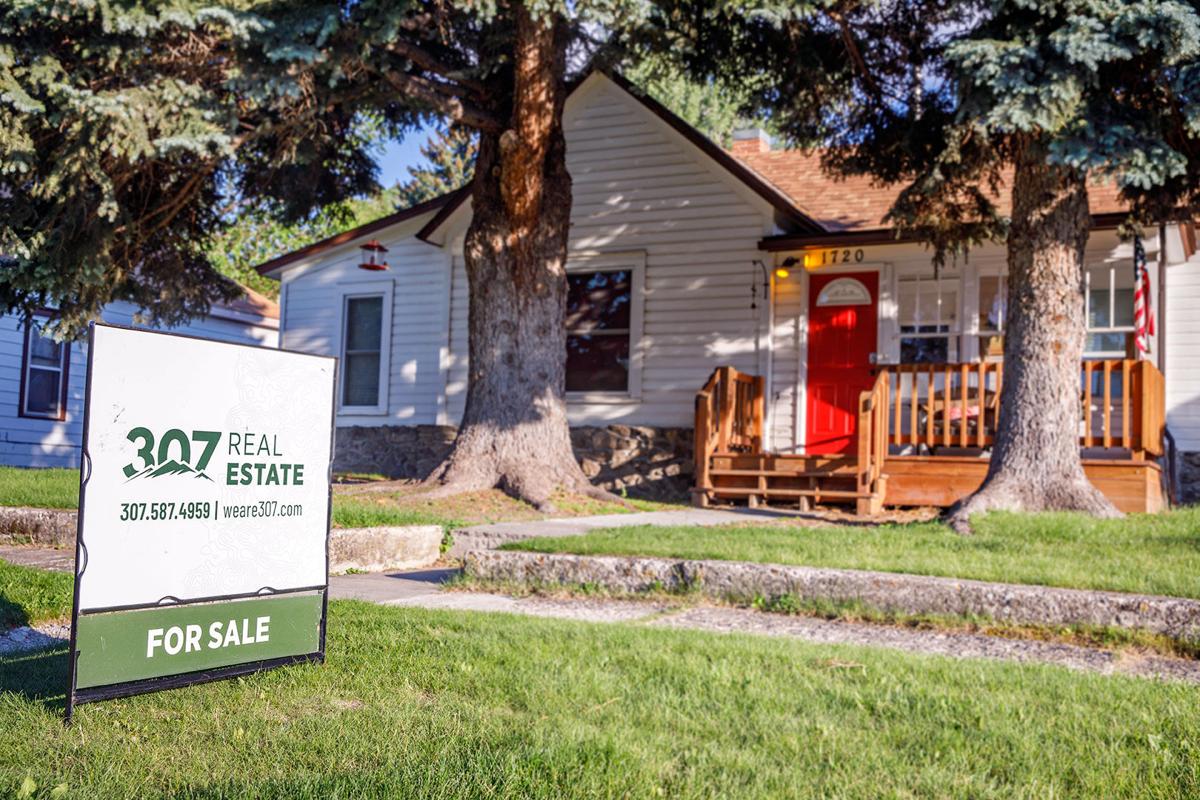 A home on Alger Avenue is one of the few currently for sale in Cody. 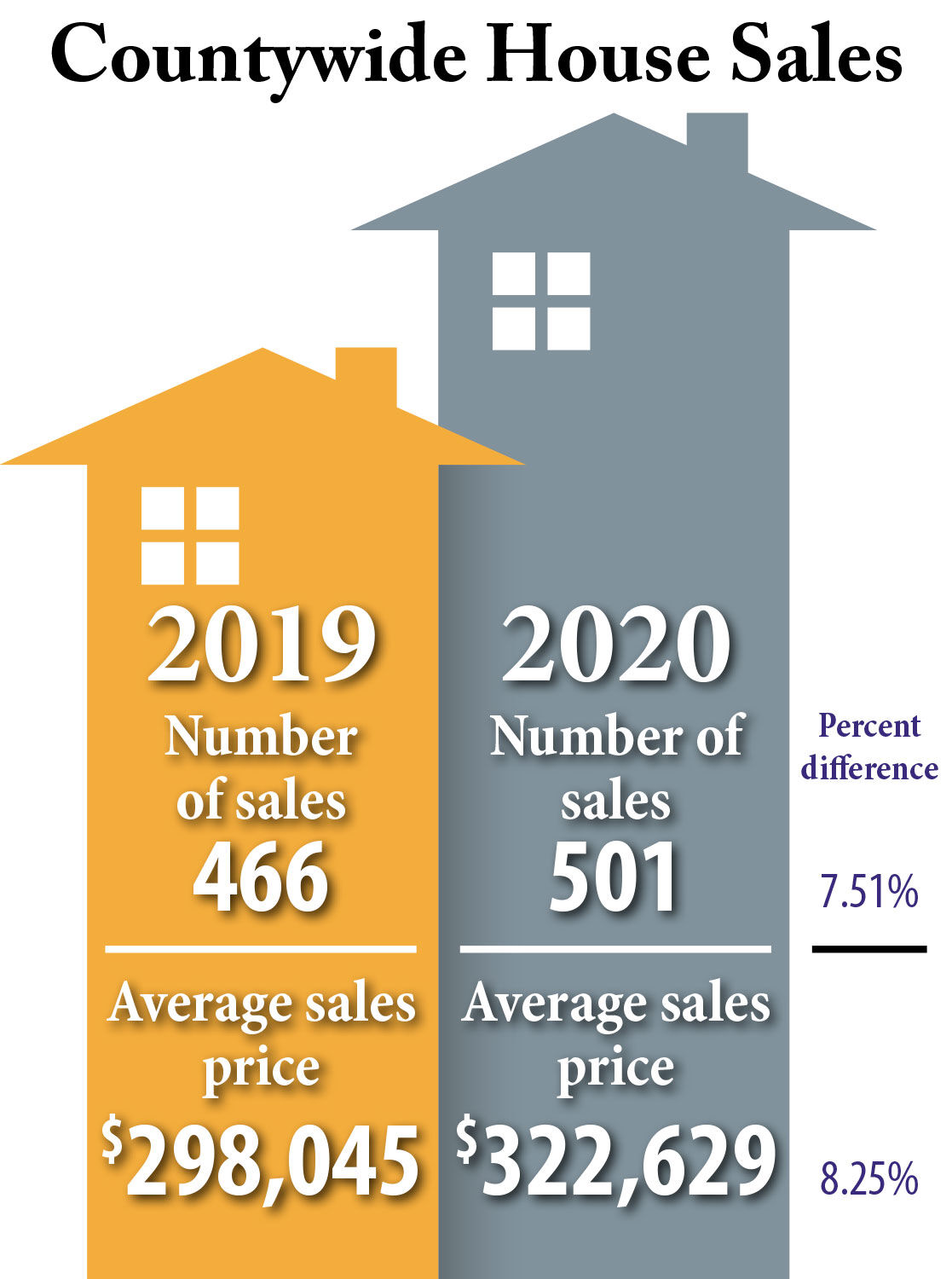 A home on Alger Avenue is one of the few currently for sale in Cody.

Local housing demand has skyrocketed in the past year, with hundreds of new residents flooding the market looking for homes.

The biggest increase in 2021 so far has occurred to lower cost homes, with a 21% increase in number of homes sold in that range and a 12% increase to the average sales price.

“The inventory is still there, it’s just that the houses are selling faster so they’re not sitting on the market like they used to,” said Jake Ivanoff, owner of 307 Real Estate.

The Park County Assessor’s Office reported a 9% change to average property valuation in the county in 2020, while Richard saw many properties appreciate as high as 15%.

He said many of the people he sees moving to Cody and Park County are remote workers, making a salary reflecting the cost of living where they came from, but leveraging that buying power into a more affordable Cody lifestyle. He has been witnessing this trend since mid-May 2020.

“Since then, (it) has been non-stop, it just hasn’t slowed down,” he said.

The numbers and trends reflect a movement occurring in housing markets nationwide, but particularly in the West, with Western cities claiming six out of the top 10 biggest spurts for median price gains since 2017. Correspondingly, the number of homes for sale in rural areas at the start of 2021 was down 44.4% compared to a year ago, according to a report from Redfin, a real estate brokerage.

“For the first time in generations we’re seeing a shift away from larger metropolitan areas to more rural,” Richard said.

Nationally, the median sales price for an existing single-family home increased by 18.4% in March to $334,500, according to the National Association of Realtors. Realtor.com says the median home price in Cody now sits at $340,500.

“For Wyoming and the general location we’re absolutely high,” Richard said, attributing the demand to Cody’s overall desirability. “COVID put us on the map. The response from COVID actually drove the demand of people wanting to live here.”

But compared to more affluent cities in the region like Jackson ($1.4 million median home price) and Bozeman ($835,000 median home price), buying a home in Cody is more affordable, even if the local market is emulating the same low-supply trends.

“It’s just (always) going to be a comfortable place to live,” Ivanoff said.

Although there may be fewer homes reaching the market in Cody, the ones being sold are being snatched up much more quickly than before.

The median time listings stay on the market has dropped by 30 days since 2017 in the country’s 300 largest metropolitan areas. Richard said at his business, there has been fewer than a month’s supply of inventory since July 2020. He considers a six-month supply a “balanced” market, in contrast to the current market, where in his estimation, there are roughly six times more buyers than sellers.

“For a year now, it’s been a seller’s market, plain and simple,” he said. “The demand is a lot higher … than the supply that we have.”

Richard said this extreme imbalance actually hinders sellers in that it can be discouraging to sell one’s home when there is no guarantee to the homeowner they will be able to purchase a different place in Cody just as quickly.

Many of the new buyers are coming with big wallets. For instance, an average salary in San Diego according to payscale.com is $78,000 per year, while Cody sits at $59,000. At the same time, the San Diego housing market is 132.6% times more expensive, according to bestplaces.net.

“They’re getting paid whatever the (higher) wage is there, and you can buy a house here,” Richard said.

And that’s before taking into account the tax effect.

“It’s going to be pretty cheap for most people moving here,” said Ron Castellanos, who recently moved from New Jersey. “The overhead is so much lower.”

Jackson realtor Latham Jenkins said similar trends have been occurring in his community, with people moving in from all around the country due to the cheaper cost of living and greater available space.

“Those moving in, a lot of them are fleeing burdensome tax environments,” he said. “Wyoming is just a very attractive state.”

He said their migration came in waves initiated by the COVID-19 pandemic. It started with what he calls “COVID refugees,” people who moved to Jackson primarily to escape denser areas. Then came the “second wave,” a more affluent group of people who moved for an overall lifestyle change.

That buying power at least partially explains how certain people have been comfortably buying homes in an aggressive manner, purchasing homes sight-unseen, with 100% cash and significantly over asking price.

Richard said many are also buying properties for investment opportunities, with plans to rent them as short- or long-term rentals.

“You take people that are telecommuting who are trying to move here, you take retirees and investment buyers, all three of them typically have higher wages to buy a house than a local working here,” Richard said.

Although interest rates on 30-year fixed loans have been near 3% since Jan. 1, rates for investment and second-home buyers have actually risen in the past six months, said Abby Neihart, a real estate mortgage lender at First Bank of Wyoming.

A recent survey performed by Realtor.com found 29% of would-be home sellers nationally expect to list their home at a price above what they think their home is worth.

Richard said the trickle down effect from this trend falls on the local and first-time homebuyers, who may be already pushing their limits in order to buy a prospective home.

“They’re now getting bumped out by people that can afford to pay the higher prices, which in turn will make our rental prices surge as well,” he said.

“Our job is to help people make confident and informed decisions,” Richard said.

Jenkins said he was heartened by a recent home seller who put a cap on how much they would sell their home for.

He and Richard said although there may be a perception that it’s an ideal time to be a real estate agent, this is not the case.

“It’s a negative thing for our business,” Richard said. “I would much rather see a more balanced market.”

Jenkins said although there may be more demand and profitability available for agents and sellers than ever before, the winning bidder is the sole applicant left feeling happy after an over-priced purchase.

“Then you have 10 angry bidders who missed out,” he said.

But Ivanoff said the real estate market is never at a true equilibrium, therefore, there will always be winners and losers at any given time.

“There are good markets and bad markets, it just depends what end of the spectrum you’re on,” he said.

What’s in store for the future?

Richard said Cody’s long-term housing trend is comparable to a volcano, defined by slow and steady growth, and the occasional, aggressive spike.

“I’ve been doing this since 2007 and I’ve never seen it move as fast as it’s been moving (now),” Ivanoff said.

This buying frenzy can be attributed to a number of different factors, but no reason is more significant than the low interest rates.

Despite these low rates, Richard said the affordability scale is still not friendly to the buyer because the extreme rise in home prices makes the buyer’s mortgage payment still higher than pre-pandemic times.

But Richard said, because of the expected appreciation that can be expected in the coming years, he still recommends first-time homebuyers get in the market as soon as they can.

Richard and Ivanoff expect prices to slow in the coming years when the market becomes more balanced, a solution that will likely only come through an influx of home construction to meet demand, or lower material costs.

“I don’t see that happening anytime soon,” Richard said, adding that the housing supply never truly recovered from the 2008 crash and only higher-end homes saw a dip in their prices at that time.

More supply is coming. Smaller subdivisions are popping up throughout Cody, as well as more than 100 homes being built for the Cottonwood Village subdivision in Powell.

Nothing rocket-science-esqe about it… Americans are voting with their feet.