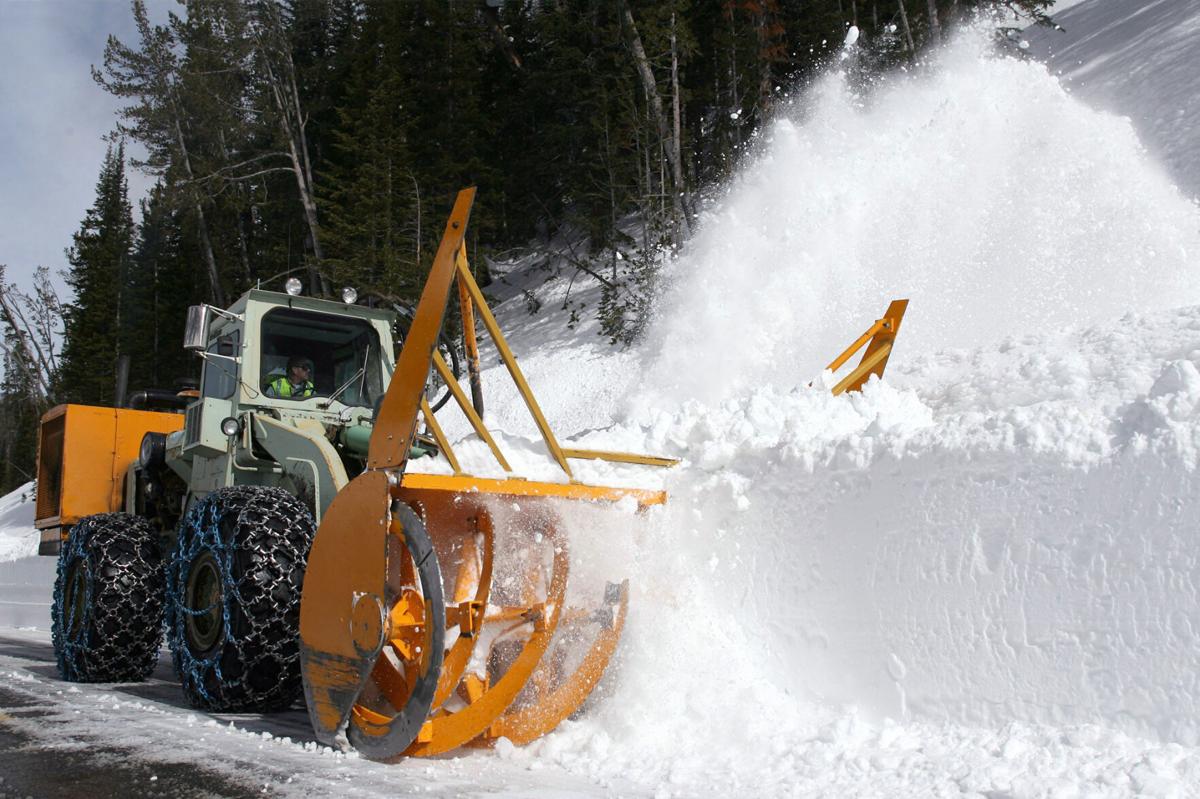 Yellowstone owns seven large rotary snowplows, like this one, used to clear the roads in the Park. (YNP photo) 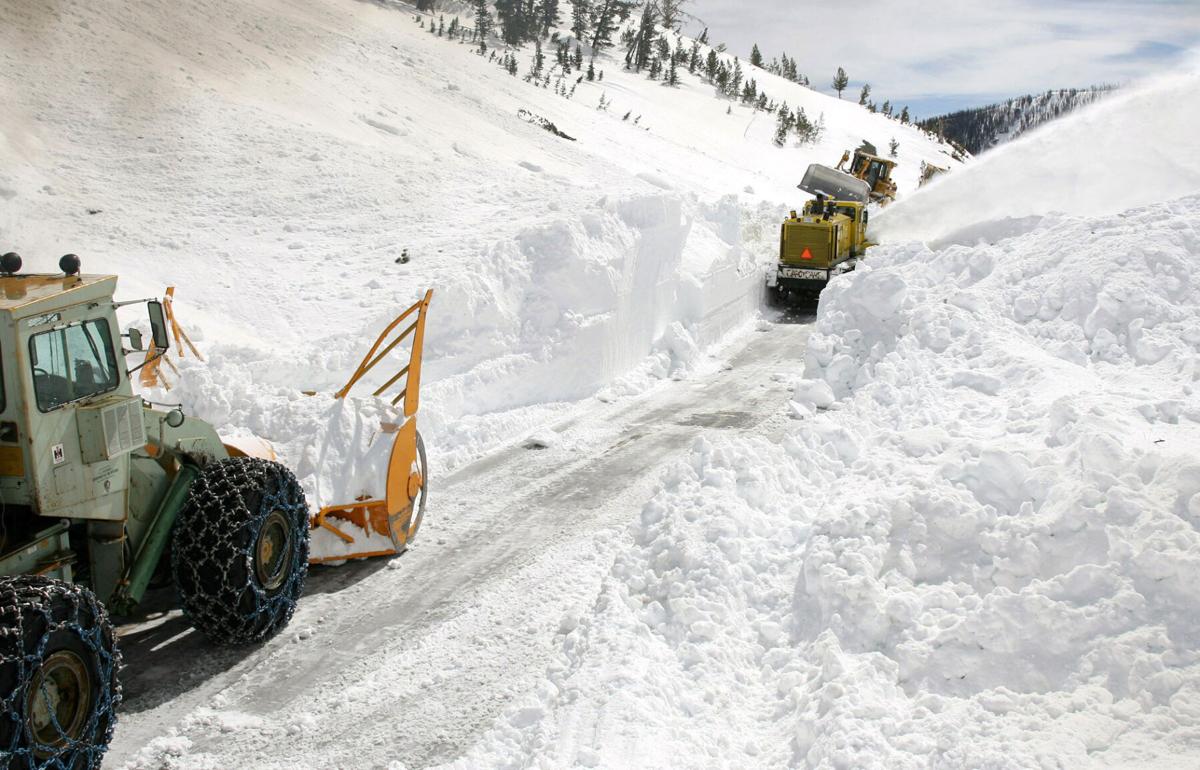 Yellowstone owns seven large rotary snowplows, like this one, used to clear the roads in the Park. (YNP photo)

Although the sight of green grass and budding trees may provide a sense of spring in town, many roads in Wyoming are still snow-bound at higher altitudes. Spring cleaning for Wyoming’s drivers means pushing out thousands of tons of wet, gloppy snow from the region’s seasonally closed roads.

WYDOT is responsible for plowing the stretch of US 14-16-20 West from Pahaska Teepee to the East Entrance, work that was completed a few weeks ago. After the snow is cleared off this stretch, about 3-4 inches of ground ice is left to melt out, said Jerry Fritz, highway maintenance technician at the Cody WYDOT shop.

“After we clear the snow, it just takes Mother Nature’s hand there,” Fritz said.

In 2013, federal sequestration budget cuts threatened to delay opening a Park road from the east gate west over Sylvan Pass and toward Fishing Bridge, but individuals, businesses and the Park County government raised $100,000 for WYDOT to perform this work.

WYDOT’s Lovell crew took the lead on this project as they have a particular savvy for spotting potential danger spots and expert techniques thanks to their annual plowing of US 14A.

“That was an interesting year,” Fritz said. “Some of them sheer cliffs, the guy running that bulldozer, he’s a pretty brave guy. He’s up there running on the edge of cliffs, pushing that first layer of snow out of there.”

Jason Fleming was in that bulldozer and is foreman at the WYDOT Lovell maintenance shop.

Fritz has also spent a few years clearing snow from the roughly 30-mile stretch of US 14A that connects Burgess Junction to Old US14A, a high alpine corridor that sometimes has up to 14-foot-high snow drifts. It’s not a quick job, as Fleming said a single pass with a plow can take two hours. Clearing the road entirely usually takes about 2-3 weeks.

These efforts typically commence around May 1 each year in anticipation of a Memorial Day weekend opening, but Fleming said it’s not uncommon for the pass to close back down because of a late spring snowstorm. High winds can cause more work as well, when they send snow drifting back into the road.

The largest plowing operation takes place locally Yellowstone National Park, where snowplow drivers clear 250 miles of road each spring. From early March to late May, a 15-person Park staff is solely dedicated to clearing the roads.

Ashton Hooker, a digital communications specialist for Yellowstone, said once roads are cleared around Mammoth and Norris, crews start to clear the lower loop of the Park from Lake Village. From there, they clear out Sylvan Pass and the East Entrance of the Park before that gate opens the first Friday of May.

After an entire winter of snowmobiles and snow coaches traveling over the roads, Yellowstone’s paved corridors become densely packed with snow and ice come springtime. To help reduce the density, Park staff employ the wedge grader, a triangular-shaped, snow-scraping device that is towed behind a snowplow.

“That’s why it takes so long (to plow) … you can’t do that very quickly,” Hooker said.

Once the Park completely opens, Yellowstone staff move on to assist clearing the Wyoming side of the Beartooth Highway at more than 11,000 feet elevation, a road sometimes clogged with snow drifts more than 30 feet tall.

“That’s quite a challenge,” Hooker said.