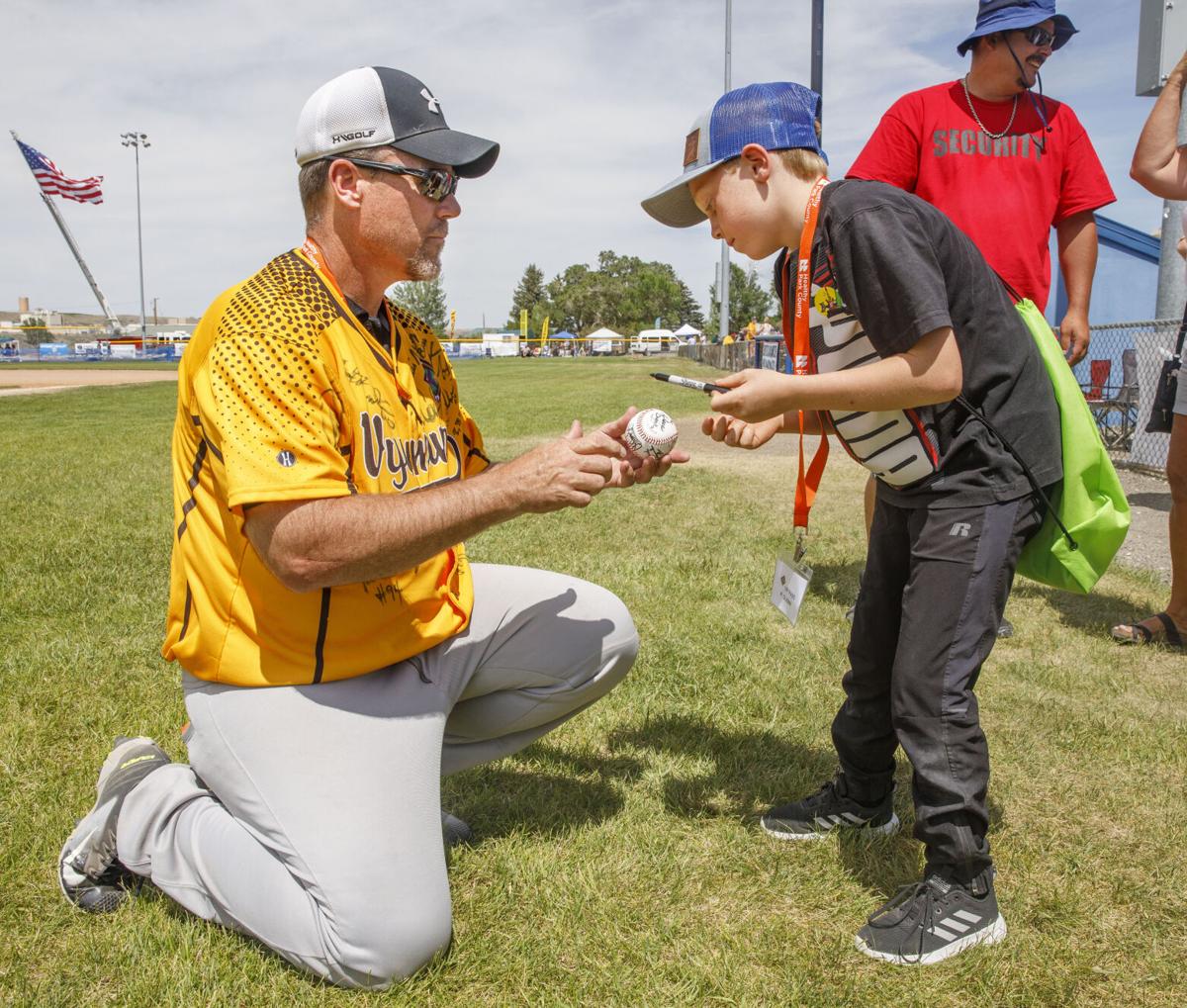 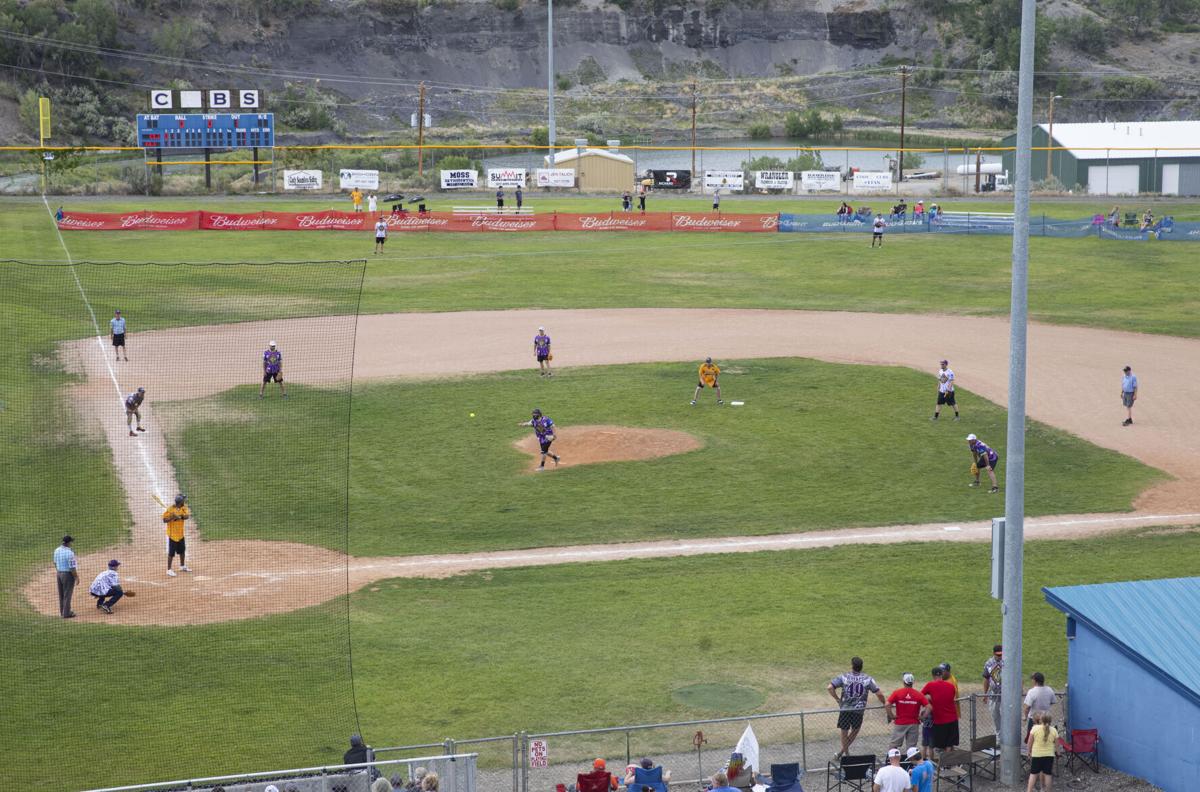 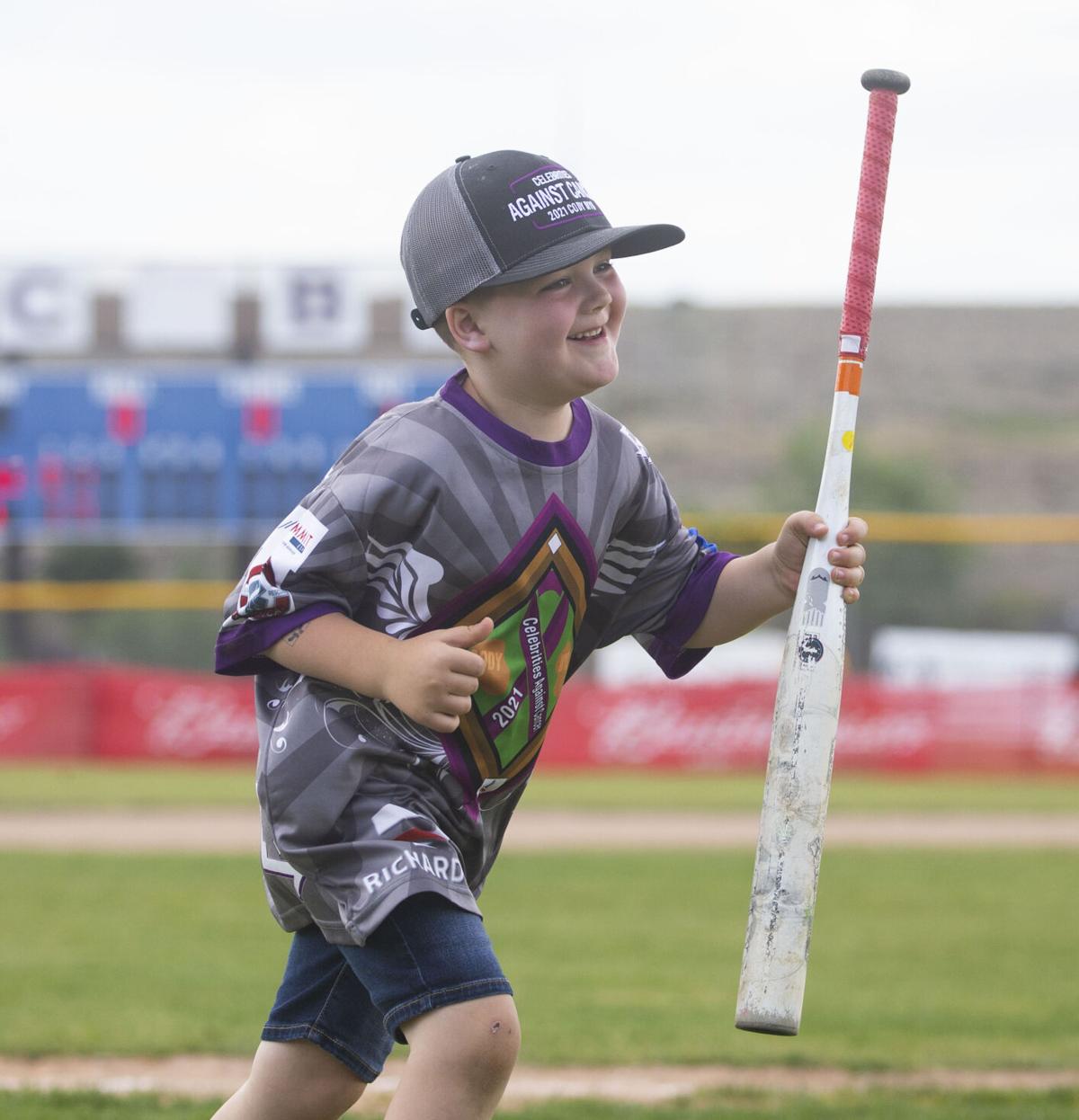 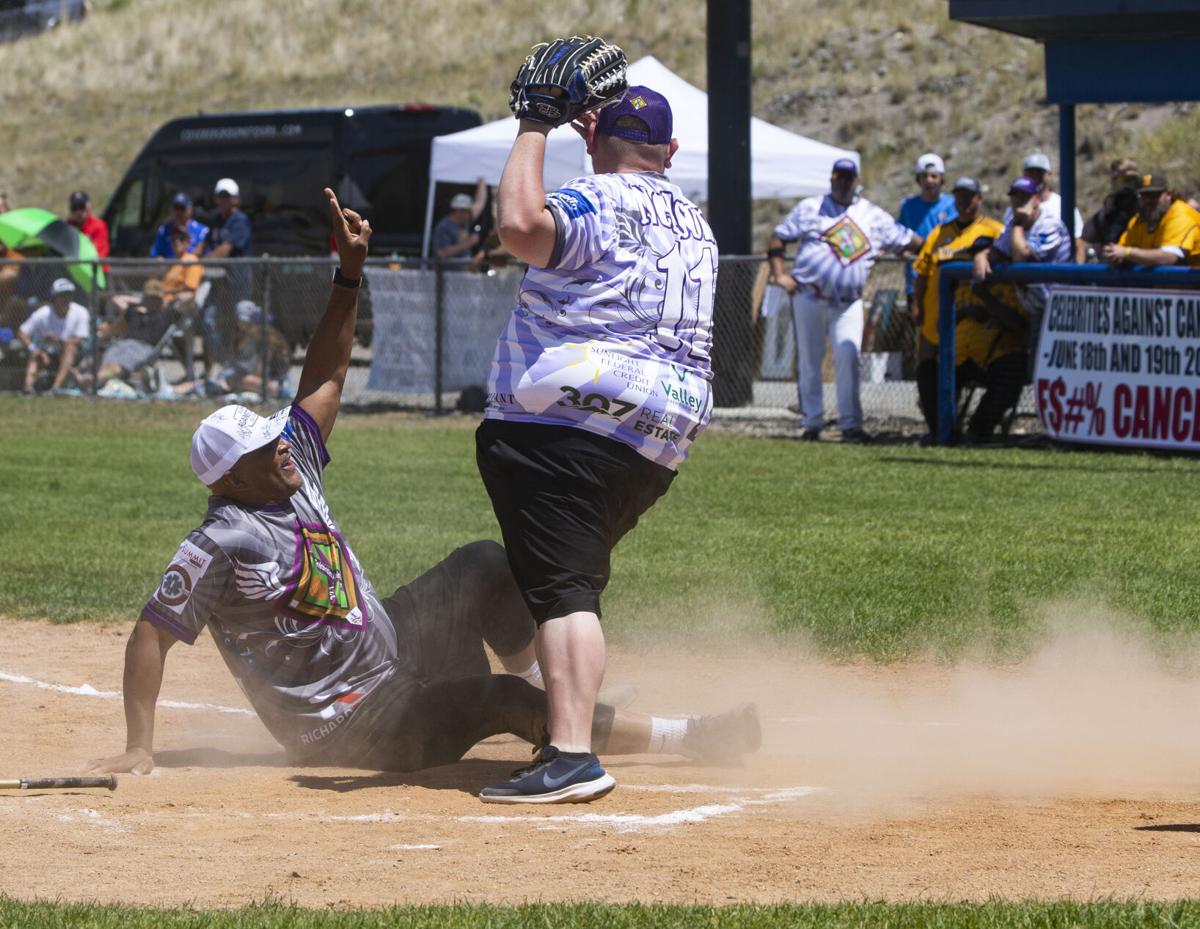 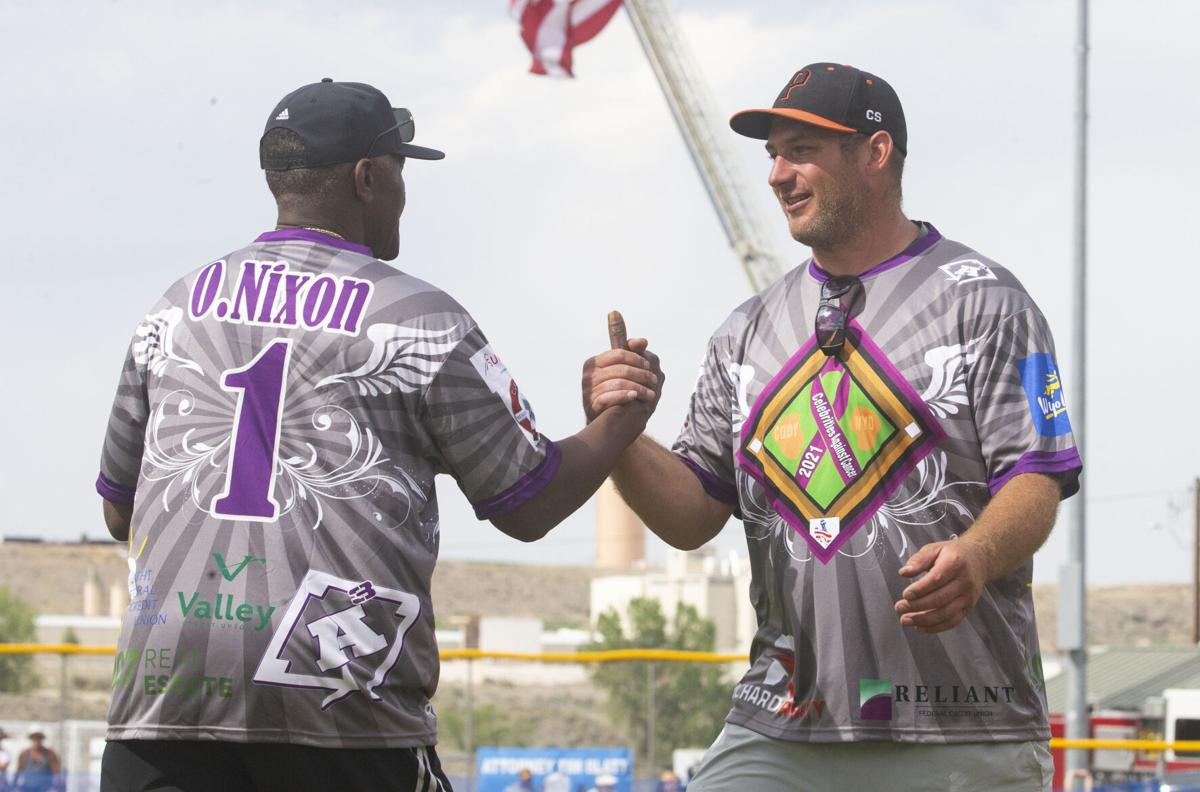 Otis Nixon and Chris Cooley shake hands after the game. 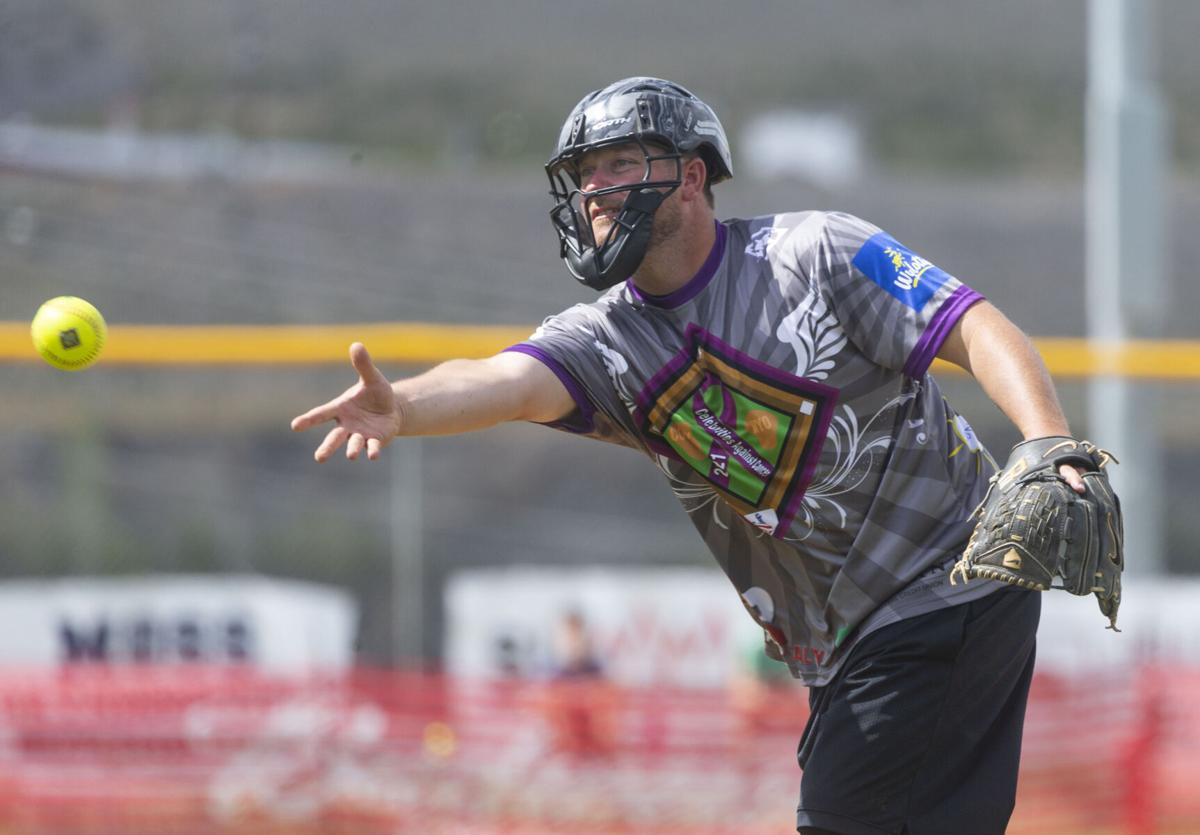 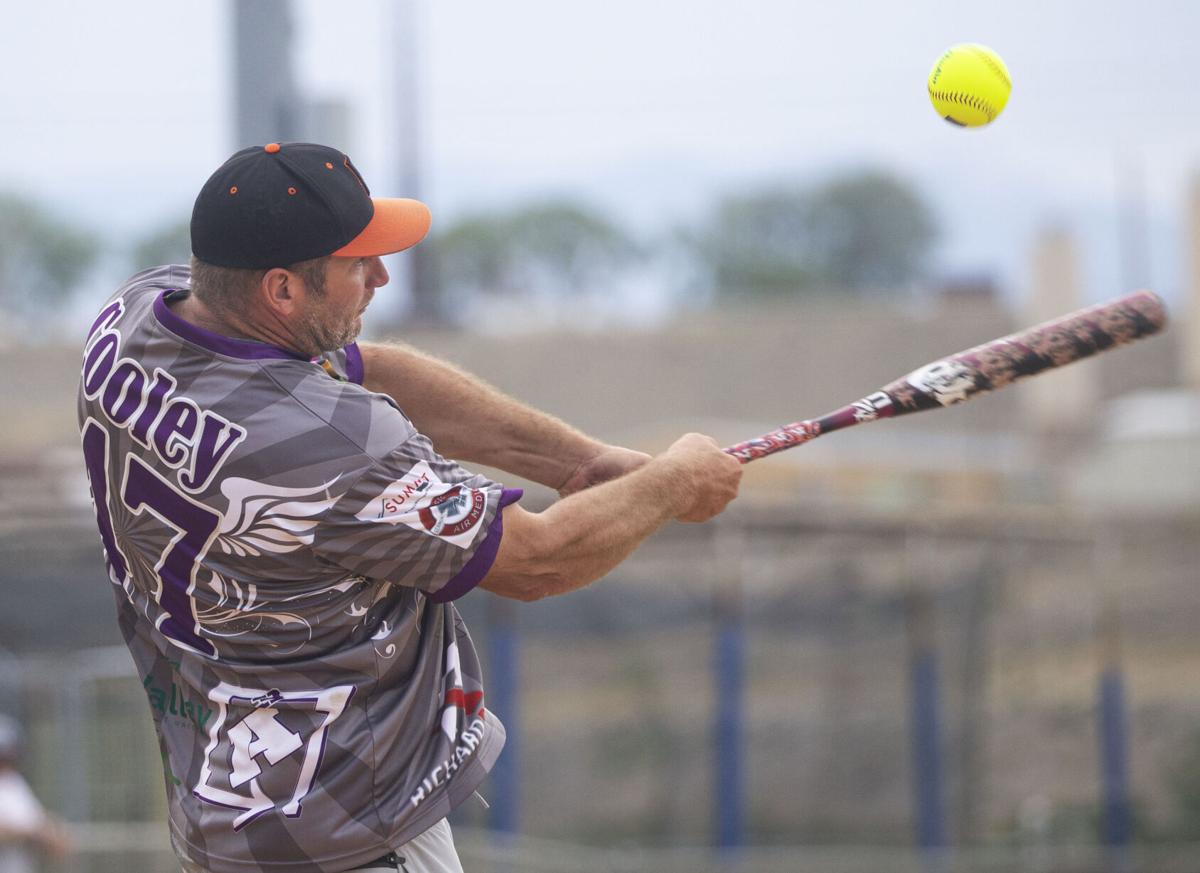 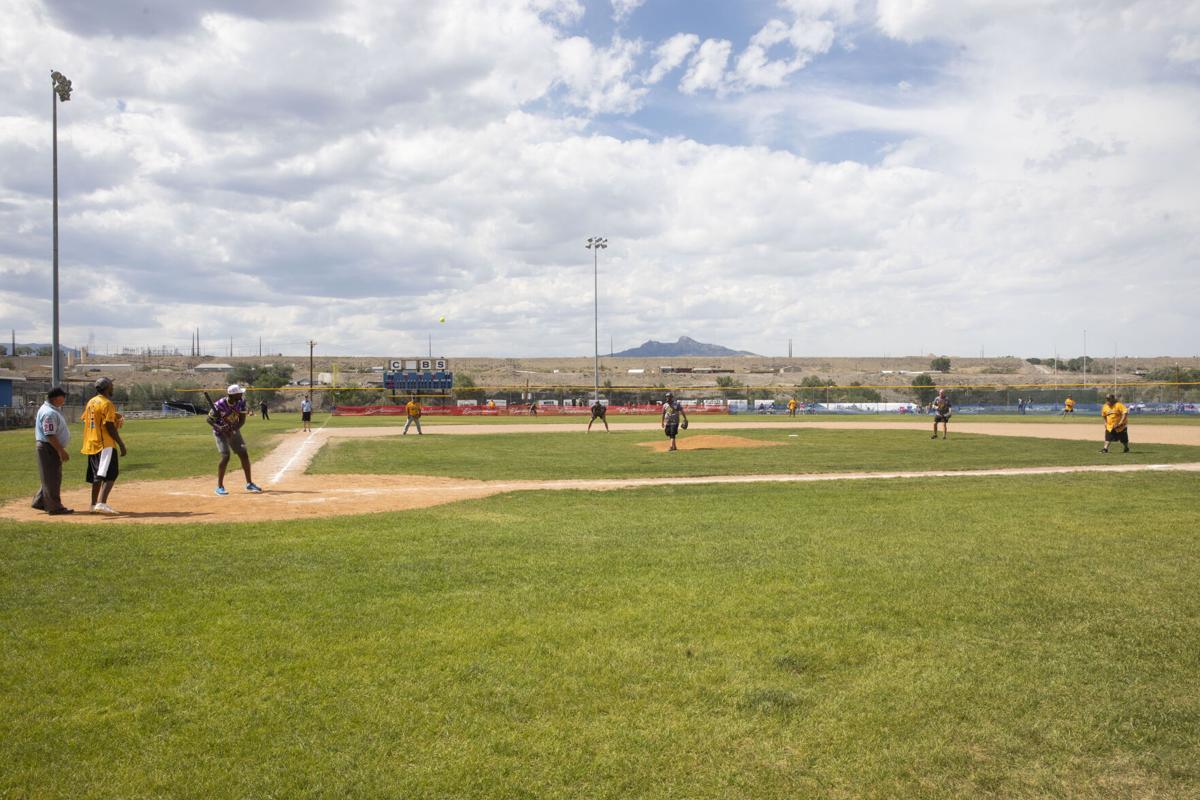 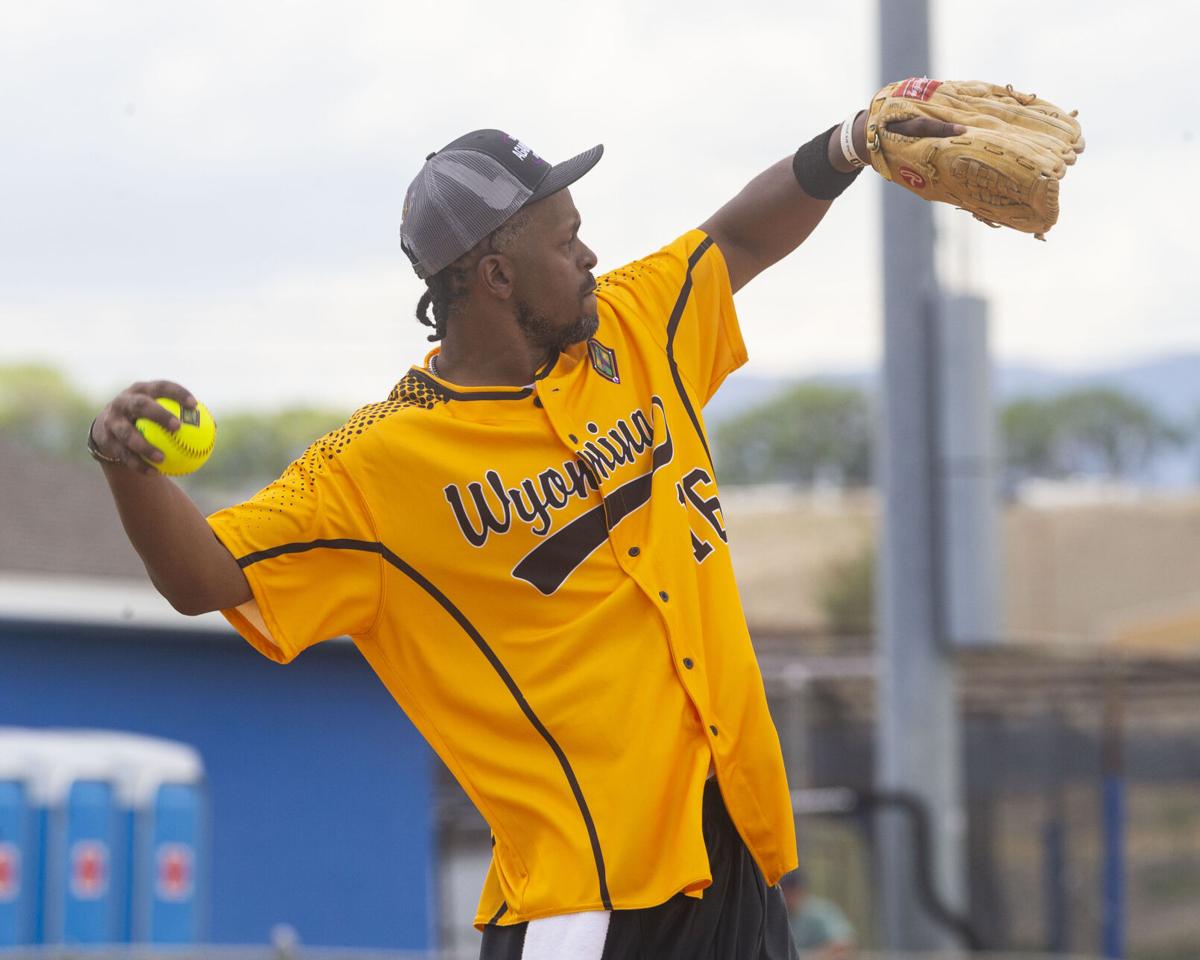 Ryan Yardborough throws the ball to the pitcher during the Celebrities against Cancer charity softball game at Milward Simpson Legion Baseball Field on Saturday, June 19th. 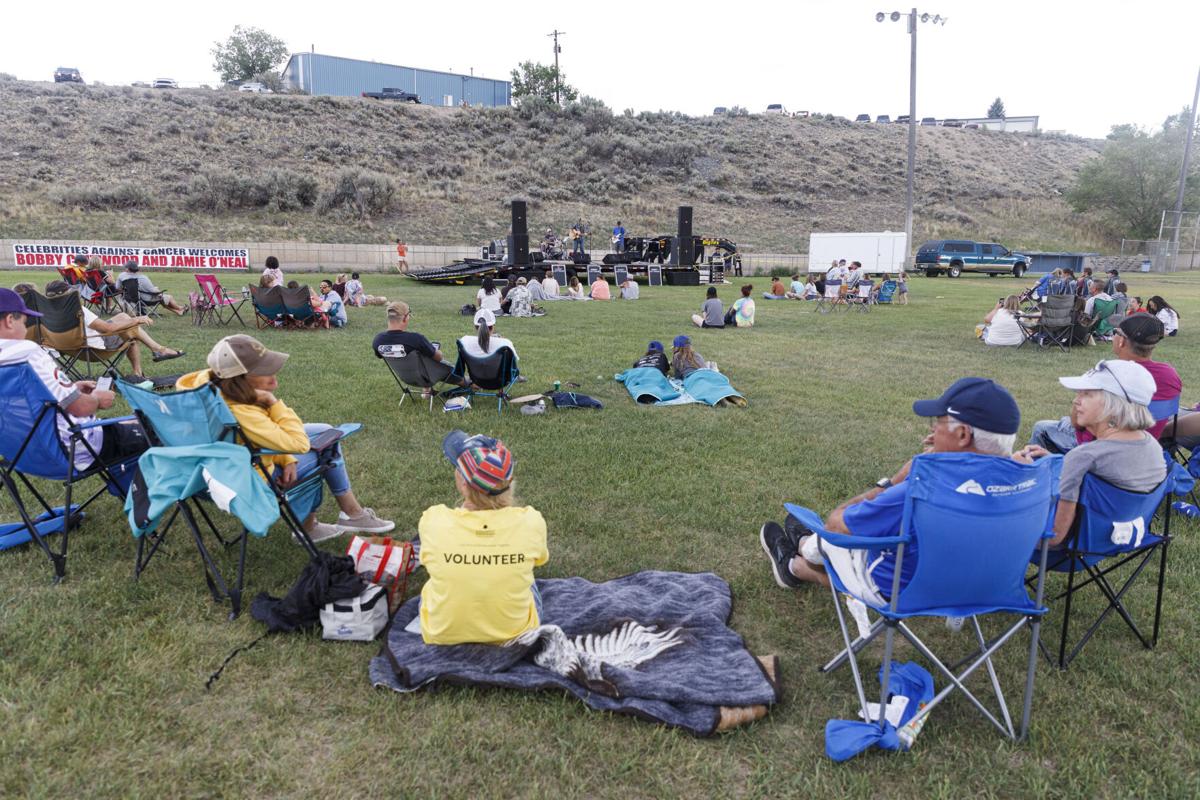 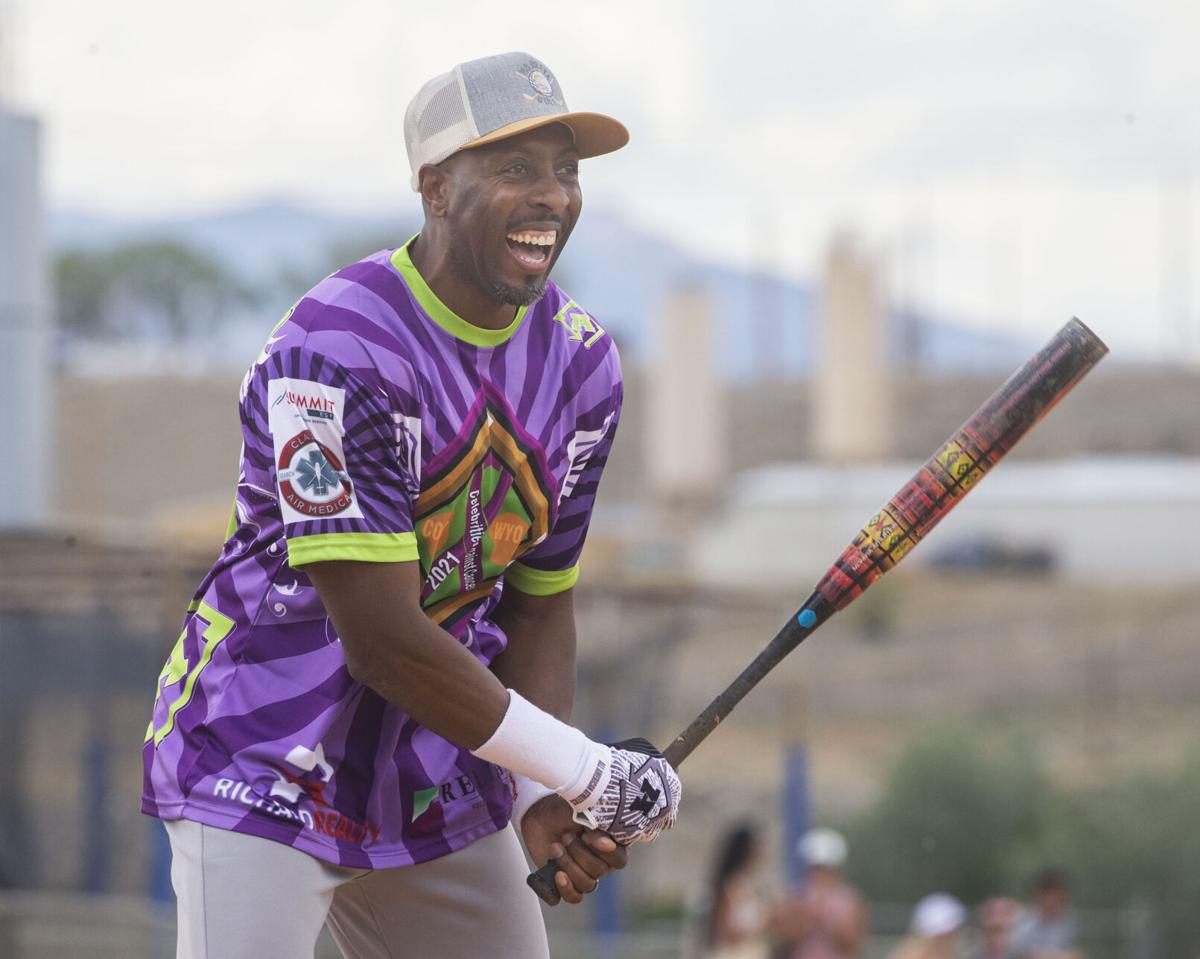 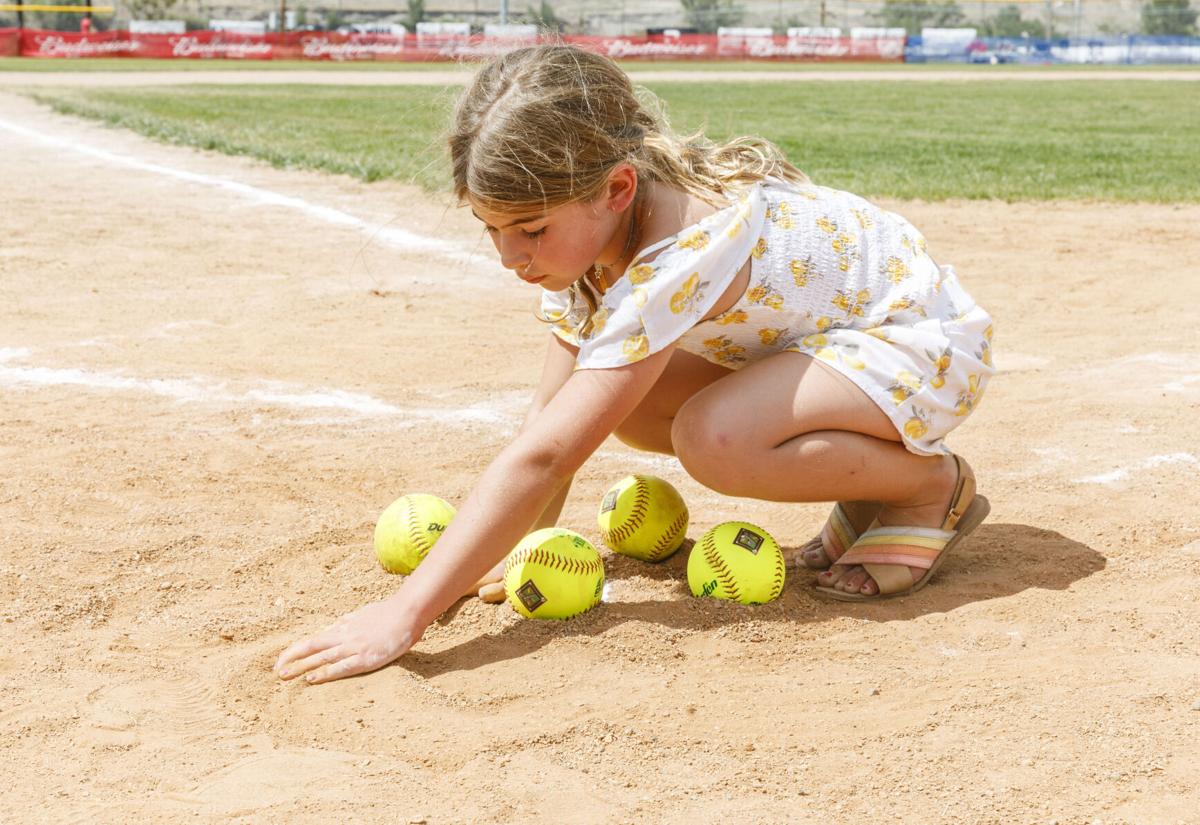 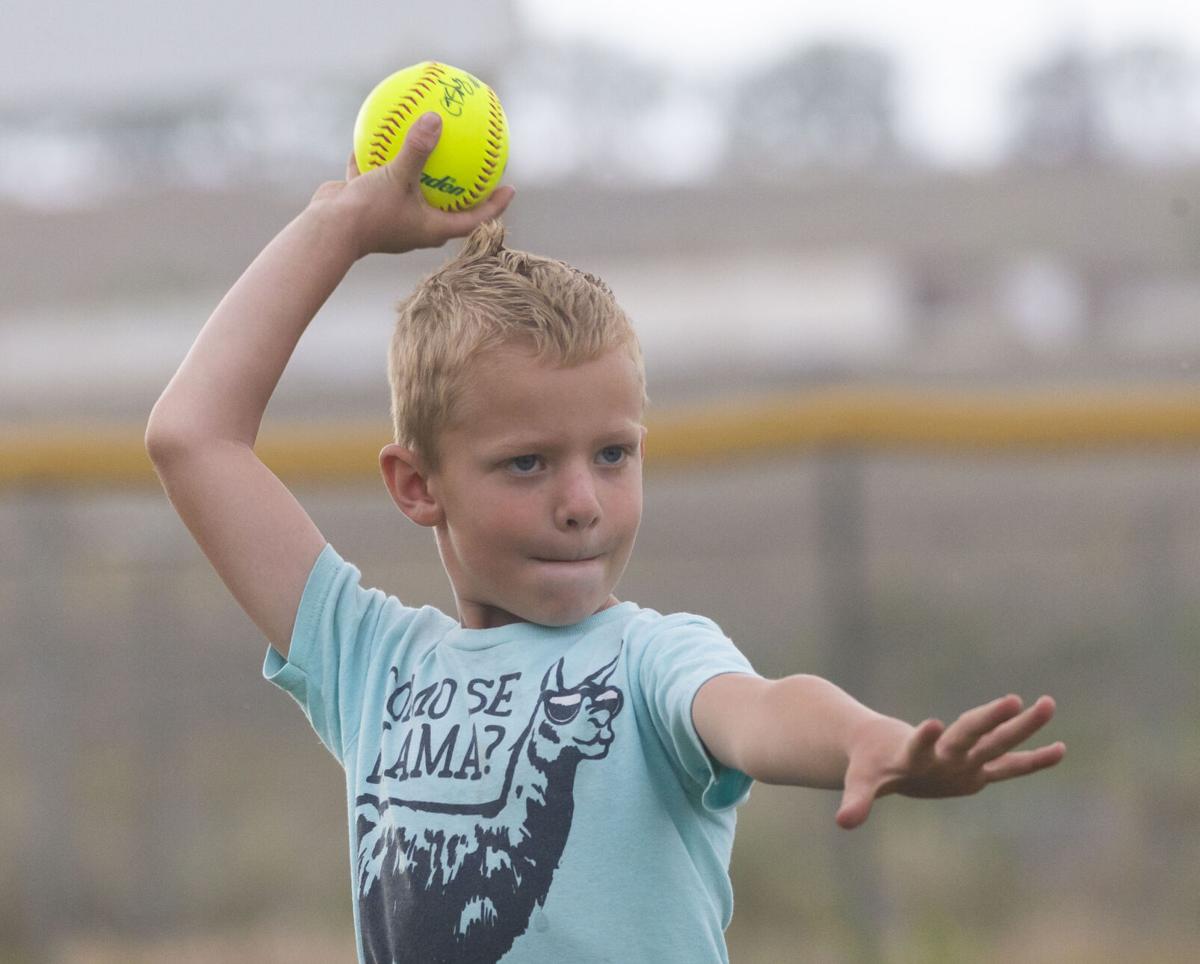 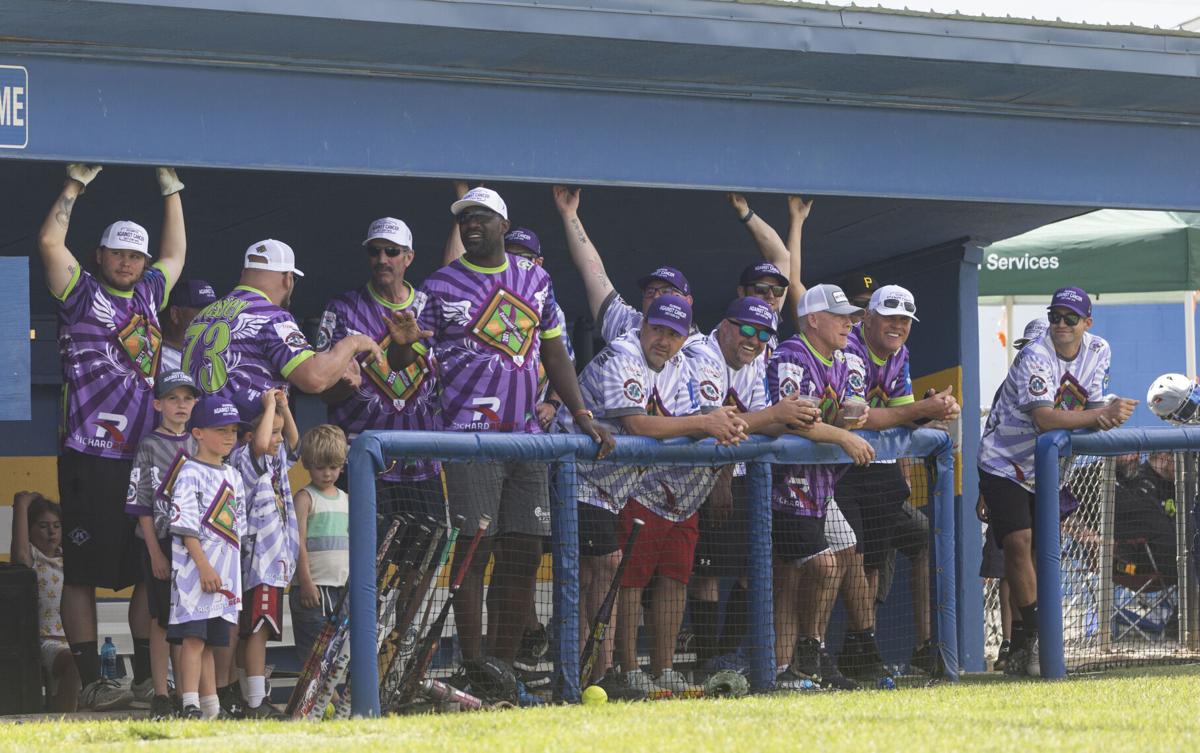 Bat boys and players watch the game from the dugout.

Otis Nixon and Chris Cooley shake hands after the game.

Ryan Yardborough throws the ball to the pitcher during the Celebrities against Cancer charity softball game at Milward Simpson Legion Baseball Field on Saturday, June 19th.

Bat boys and players watch the game from the dugout.

It was hot on Saturday afternoon when a group of celebrities and sponsors laced up their cleats at Milward Simpson Field for a softball game, the final day of a weekend fundraiser.

The games were one of a series of Saturday events that included a home run derby, concert and auction, all with one purpose: to raise money for St. Jude Children’s Research Hospital and the Big Horn Basin Cancer Center.

“These events allow us to help patients with the costs associated with cancer treatment who don’t have insurance,” said Cancer Center head Jennifer Ball. “They help with travel, wigs, copays for medicine, anything else they need for cancer care that insurance doesn’t cover.”

Ball said that these events also help bring the money into the local community and help neighbors.

It didn’t take long for the current and former stars – folks like Sid Bream, Coyote Peterson and Chris Cooley, plus more local standouts like Marcus Epps and Josh Harshman – to get into a rhythm at the plate and in the outfield, with home runs and diving catches being the norm in the slow-pitch contest.

Epps wasn’t the only former University of Wyoming Cowboy who got in on the action. A slew of former UW athletes came out to support. Former Cowboy Josh Harshman got a dinger in the first game of the day to break the scoring open for Team Wyoming and secure a victory. He was going to come to the initial event planned for last year that was canceled by the pandemic and was happy he was available to come to Cody this summer for it.

“I don’t really think of myself as a celebrity,” he said. “I was born and raised here in Wyoming … . It’s always an honor to represent the state, whether it’s on the football field or at something like this.”

For Epps, it was a chance to come back home. His wife is from Cody, and the Celebrities Against Cancer event was a good chance to give back to the community.

“Ryan (Brown) reached out and I thought it was a good cause,” Epps said. “Seeing the amount of people he was able to bring out to support a good cause is awesome.”

Brown, who works for the City of Cody, started putting this event together more than a year ago only to have it derailed by the pandemic. The amount of time it took to put everything together was one of his biggest challenges, he said, but now that the inaugural event has run its course, he’s already looking forward to next year.

“It’s even better than I thought it would be,” Brown said. “Just the support of everyone for the cause, the sponsors, the celebrities, just the people showing up, it’s awesome.”