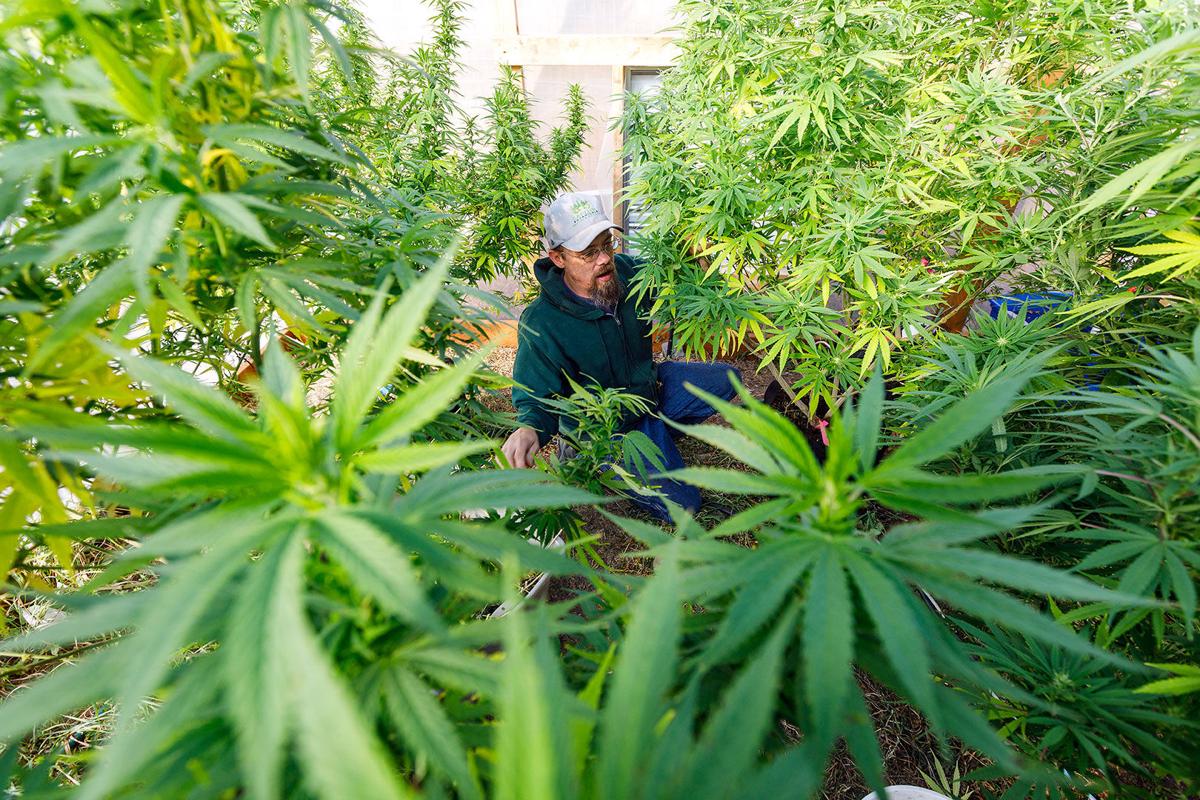 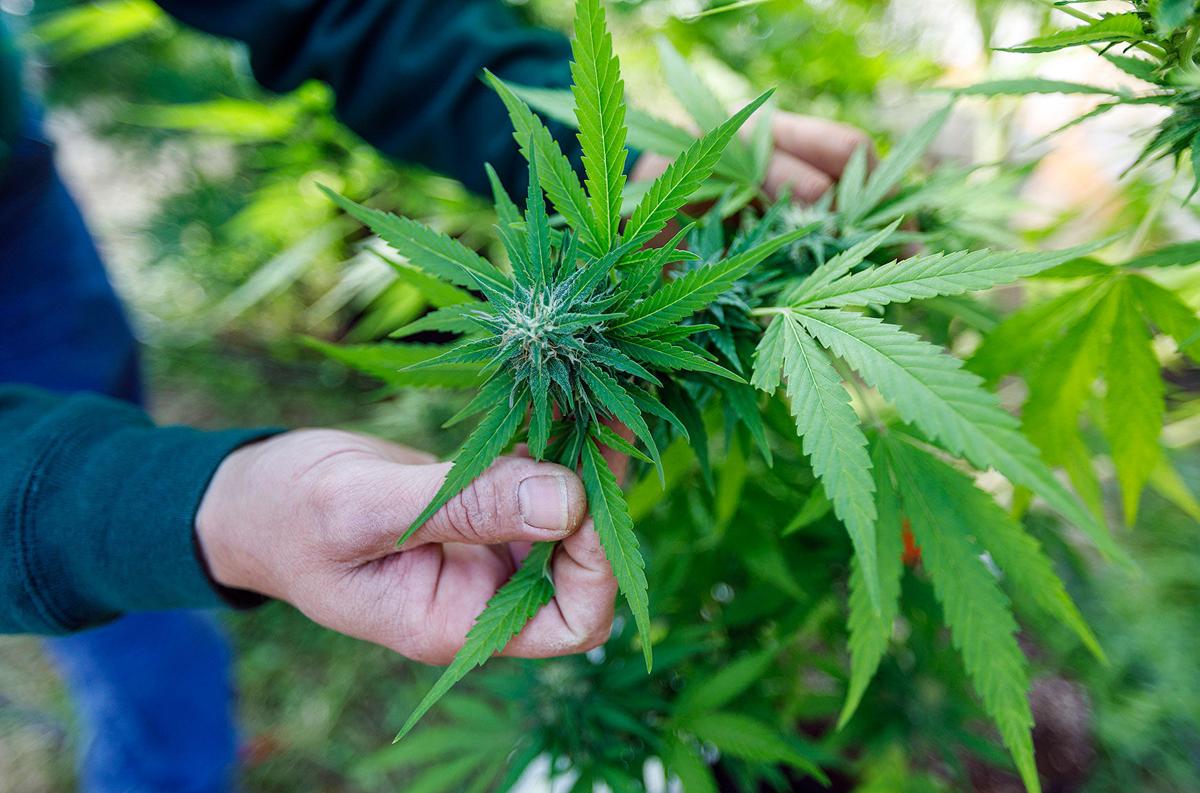 (Editor’s note: This is part two of a two-part series on local hemp.)

When hemp was approved for legalized industrial growing and retail sales in 2019, the major impetus for the legislation was to provide additional tax revenue and diversity to Wyoming’s economy.

This fall, the first legalized hemp plants in the state will be harvested and 28 license-holders will get the chance to see how profitable the new industry can be.

Wes Brown of the Wyoming Department of Agriculture is charged with regulation of the state’s hemp industry as the agriculture program coordinator. He has a modest outlook for this season.

“All growers have said this is a learning year,” Brown said. “They’re trying to grow something that hasn’t been grown for 75 years or longer.”

When it comes to hemp production, processing must occur to convert the crop to a commercial product. Hemp can be separated into seed, flower, fiber and hurd.

Mother’s Hemp Farms in Powell is the largest hemp grower in Park County and acquired the state’s first license to grow and process hemp this spring. Mother’s Hemp and GF Harvest, also a Powell company, are both owned by Dale Tenhulzen. GF Harvest is planning a new line of foods using hemp ingredients that it intends to source from MH’s plants.

Although Mother’s Hemp is a licensed producer (grower) and processor, a company representative said it will not be doing any processing for at least one year.

Capitol Botanicals, a hemp and kratom shop owned by Justin LeBlanc in Cody, receives his hemp from Primo Gardens Inc., a producer and CBD (cannabidiol) extraction processor in Colorado. LeBlanc grows about two dozen of his own hemp plants in his store and greenhouse but, due to the expensive start-up costs involved with purchasing processing equipment, will be sending his crops to Primo Gardens to be processed.

Mike Alvarado, owner of Primo Gardens, said the better equipment an operation has, the most consistent its THC levels will be, setting it up for long-term success. Primo provides CBD products to 71 businesses including Capitol.

There is much more to hemp than just consumable products. It can also be used for clothing and textiles, building materials, rope and batteries. LeBlanc carries some of these products, including hemp-infused flooring, in his store.

Justin Loeffler, owner of Green Tree Ag, a Cheyenne-based grower and processor, finds industrial hemp used for fiber to be the future of the industry.

“Industrial hemp, it’s a fiber, I see that as the future because if I’m growing a field of it and that contract is not available, there are hundreds of other contracts that I’m able to sell my crop into,” he said in a Facebook video.

It can be planted at a higher density if used for textiles. Textile hemp is grown similarly to wheat while CBD hemp is cultivated to be small and leafy.

The hemp stalk is usually the part of the plant used to make non-consumable hemp products, although CBD extracts can also come from the plant’s stalks and stems through the process of CBD isolation. The hemp flowers and buds are typically used to extract seed oil.

For both extraction processes, the first step is to wash and dry plant material. Destemmer or debudder machines can speed up the industrial process, cutting the flowering head of the plant for seed processing while the stalks are sorted for fiber processing.

Hemp processors may take untrimmed material to process while others will use it for oils and distillates.

Hemp fiber is separated from the rest of the plant in a process called retting. Before hemp can be processed, the retted fiber must be dried to contain 10-15% moisture. Then, impurities are separated from the raw material. Hemp is eventually separated again into pulp and sugar co-products.

Brown would not reveal information on processors in the state, but Loeffler said his organization is the only entity in Wyoming processing all four parts of the hemp plant at its facility in Torrington. Brian Trainor, a Green Tree hemp processing partner, said 7,000-10,000 pounds of materials per hour are passing through its machinery.

Alvarado is a firm believer in the future of CBD and its profitability, but insists it’s an industry that will require some patience.

“The industry leaders can’t even get it right,” Alvarado said. “It’s still one of those things that’s going to take awhile to figure out.”

Town of Greybull Administrator Paul Thur was involved in a project to grow hemp in that community exactly one year ago, but his investment group backed out when CBD oil prices dropped by 80%.

“It would have to quadruple to even break even,” he said. “There’s a glut on the market.”

Thur said there are not enough processors right now in the West, but Alvarado said it is more that growers and processors are not effectively communicating.

All hemp and CBD produced, processed and sold in Wyoming must test below a 0.3% level of THC – the main psychoactive ingredient in marijuana. Plant matter exceeding this level must be destroyed, along with every other plant that was grown in the same lot.

The Wyoming Department of Agriculture is charged with testing hemp products to make sure a grower and/or processor is staying below this threshold.

Fifteen days prior to a harvest, a grower is required to notify WDA of each lot or variety of plant that will be harvested. The department will then take around 100 grams of plant to sample from each lot and the grower cannot harvest until a test has come back clean. Brown said it costs WDA $400 per lot to perform these tests.

“We try to pick the healthiest plants,” he said.

Similar rules exist for processors in that samples will be taken from every batch of hemp products made, but processors themselves are responsible for choosing samples to submit to a certified lab.

Alvarado said only about 8-10% of plant matter is being used at this time for commercial production of hemp and CBD.

“We would like to think we could get up to 30%, but they would have to increase the (allowable) THC level,” he said.

Brown said growers can test their own products throughout the season to make sure “they are not running hot” and end up spoiling an entire lot.

He said there is not a single employee at WDA solely dedicated to hemp, as his department is also responsible for testing nursery stock, seed feed and pesticide inspections.

Powell Police Chief Roy Eckerdt worries that due to understaffing at WDA and leniencies in the regulations it will be easy for license-holders to slip through the cracks and break the rules.

“There’s a lot of holes to the process,” he said.

But LeBlanc said this possibility is part of the cost of doing business.

“You’re going to have that with anything,” LeBlanc said. “For the most part, those that are serious about getting it are going to be as transparent as possible.”

Commas, periods, and capital letters, when used appropriately, will make comments easier to read. They won't make any more sense, but will be easier to read.

Wonder of wonders! Breaking News regarding the miracle plant, right after legislation is crafted and apparently supported by local law enforcement, is introduced. This is just the stuff to turn us into Colorado, and then graduate to California-type status. Don't tell me that left-leaning refugees don't bring their pathologies with them...

Listen up mister, we don't take kindly to successful businesses round here!

If the state of Wyoming follows the path taken by Colorado and California - on ANYTHING , not just hemp, MMJ, and recreational cannabis - we would in fact be moving in the right direction for the first time since since the last shots were fired in the Johnson County Cattle war in 1892.