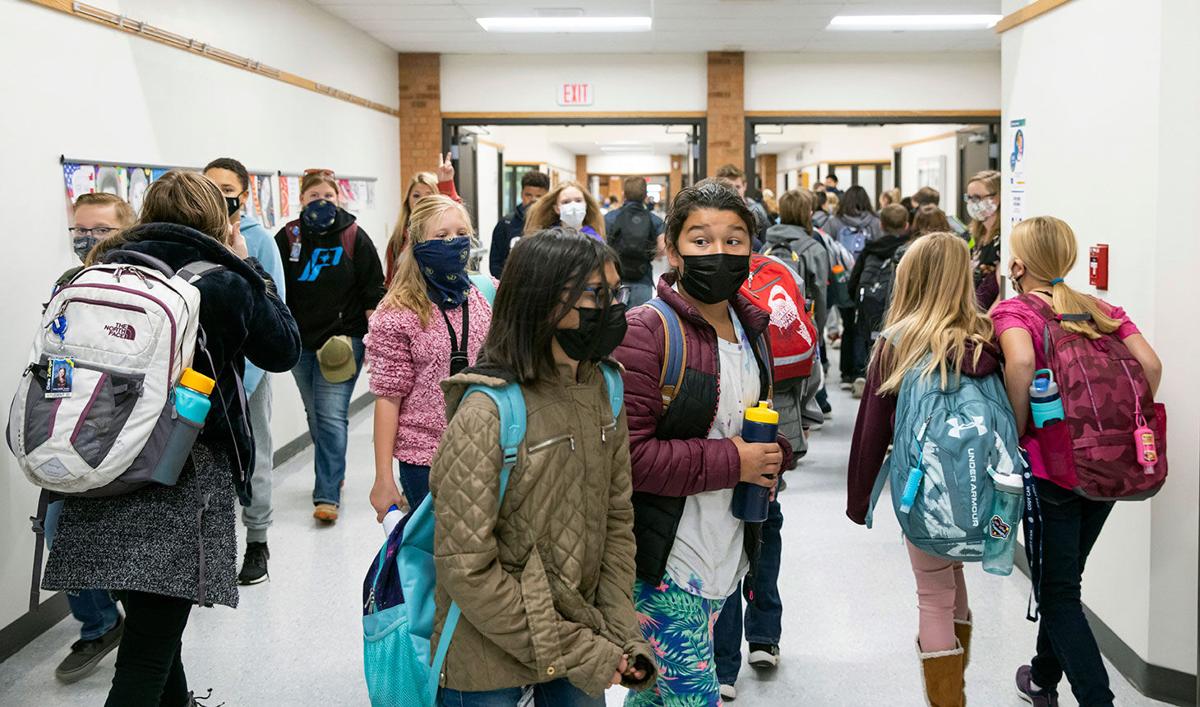 Concerns over the coronavirus and shifting demographics in Cody have led to lower enrollment numbers in the Cody School District.

“Enrollment is down about 3 or 4 percent,” Superintendent Peg Monteith said. “We anticipated losing students due to the fear of coming back into the buildings.”

Monteith also said that some students found success with virtual learning during the spring shutdown, and parents opted to keep their children home to learn that way instead of sending them back to the Cody Schools.

Coupled with an increasingly older population, current enrollment has dropped to 1,982 students, down more than 10% from the peak enrollment in the 2011-2012 school year when there were 2,211 students enrolled in the district. It’s the fewest students in the district since at least the 2006-07 school year.

The addition of COVE, the Cody virtual school, and the partnership with Bighorn School District No. 1 to let students in Wyoming Connections Academy be counted as part of the Cody district helped save some numbers, but at an additional cost.

“We have to pay tuition for those kids,” Monteith said of the Connections students who claim the Cody district. “We don’t make any money on it. We barely break even. But we’re able to count those kids in the (average daily membership) for the block grant.”

Lower enrollment of even a few percentage points could have massive implications for the district, which has been asked to explore what a 16% cut to its budget would do to the district. State funding is based in part on the number of students in attendance and a dip in the population could make already austere budget measures even tougher.

“That’s over $5 million,” Monteith said. “Eighty-five percent of our budget is salaries and benefits.”

Monteith said reductions in funding that steep mean every means of saving money is being looked at.

The cuts may not end at 16%, either. Monteith said if the amount of money flowing into the state’s coffers doesn’t go up, the district could be looking at 13% cuts in the two years after the 16% cut, which would take nearly $15 million out of the budget in three years.

Monteith said those kinds of losses would make it difficult to provide basic services.

(COVE and Connections students are included in the counts for other schools.)

Now, now... Even transplants from Brunton, Ohio have the right to express their opinions.

Welcome to the real world. Out here, if our revenue drops, we have to cut expenses or dream up new ways to generate income.

Since public schools are funded by force (taxes we're forced to pay, whether we have kids there or not) you'd like to think our leaders would show respect and frugality toward every dollar. I suspect they get used to easy revenue streams and let expenses drift higher. Now it's time to cut.

Take it up a notch. Push yourselves. Dream up new, voluntary ways to generate revenue. Make the tough expense cuts. Take a fresh look at your core mission. Challenge the status-quo way of doing things. LEAD.

How long are we going to have to hear,” When I was on the board” and “I did the research” from the Brunton, Ohio castaway!

I suggest that Wyoming farm out its education to the private sector if they really want to save some $$$.

“Monteith said reductions in funding that steep mean every means of saving money is being looked at.”

Such as free breakfasts and lunches, a new softball program, instructional facilitators , administrative assistants... start at the Mrs. Mon-teeth!

Cody school system has rainy day funding and didn't they just get federal funding and state funding!! Once again trying to pull the wool over the tax payers. We meaning, the tax payers can and see right through this what's coming next.