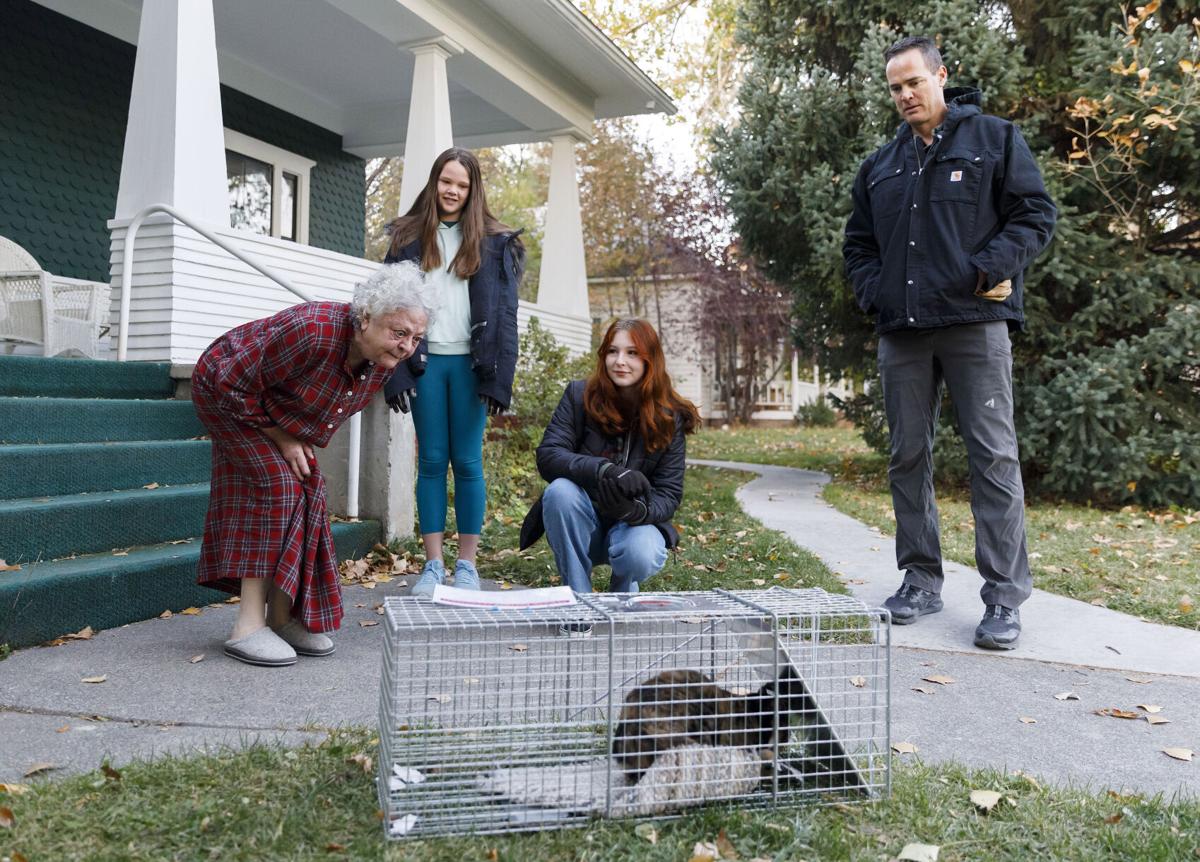 Nova Brown Young, (from left) and Ariana Koller, 10, Eleanore Koller, 16, and Michael Koller observe a cat that was trapped on Beck Avenue on Saturday, October 16th. 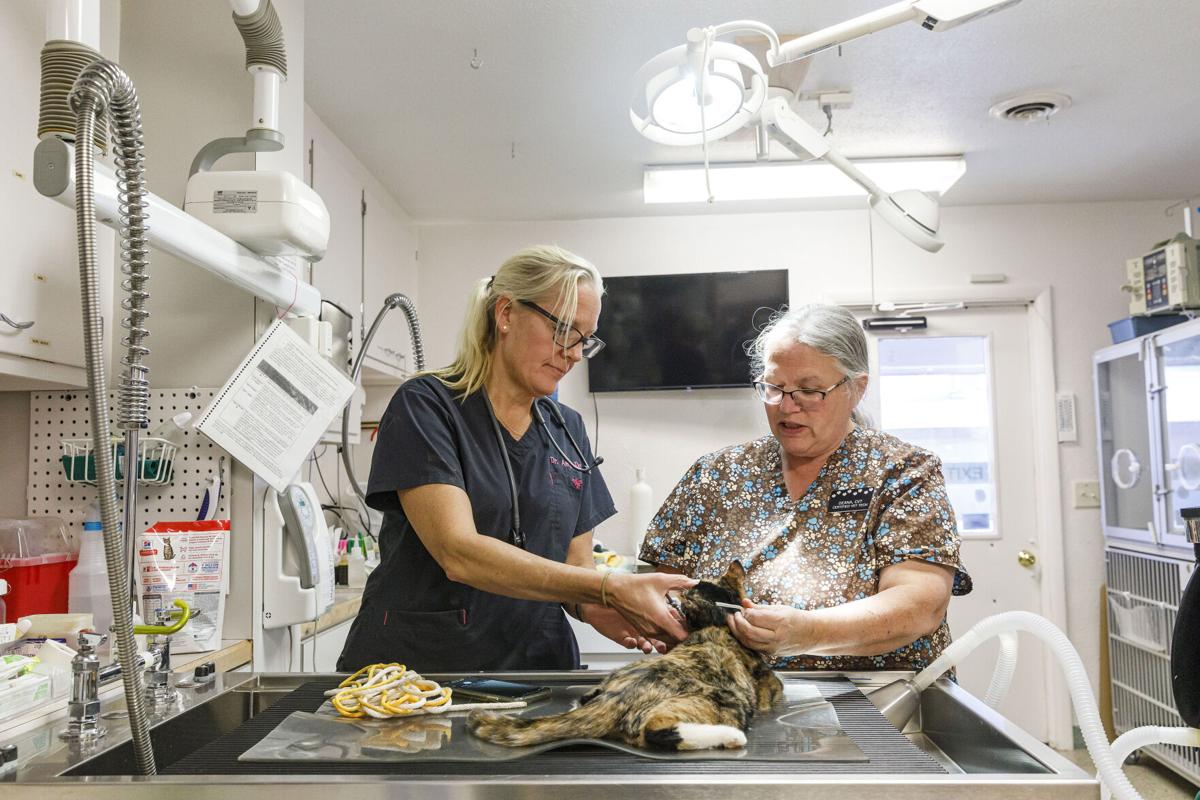 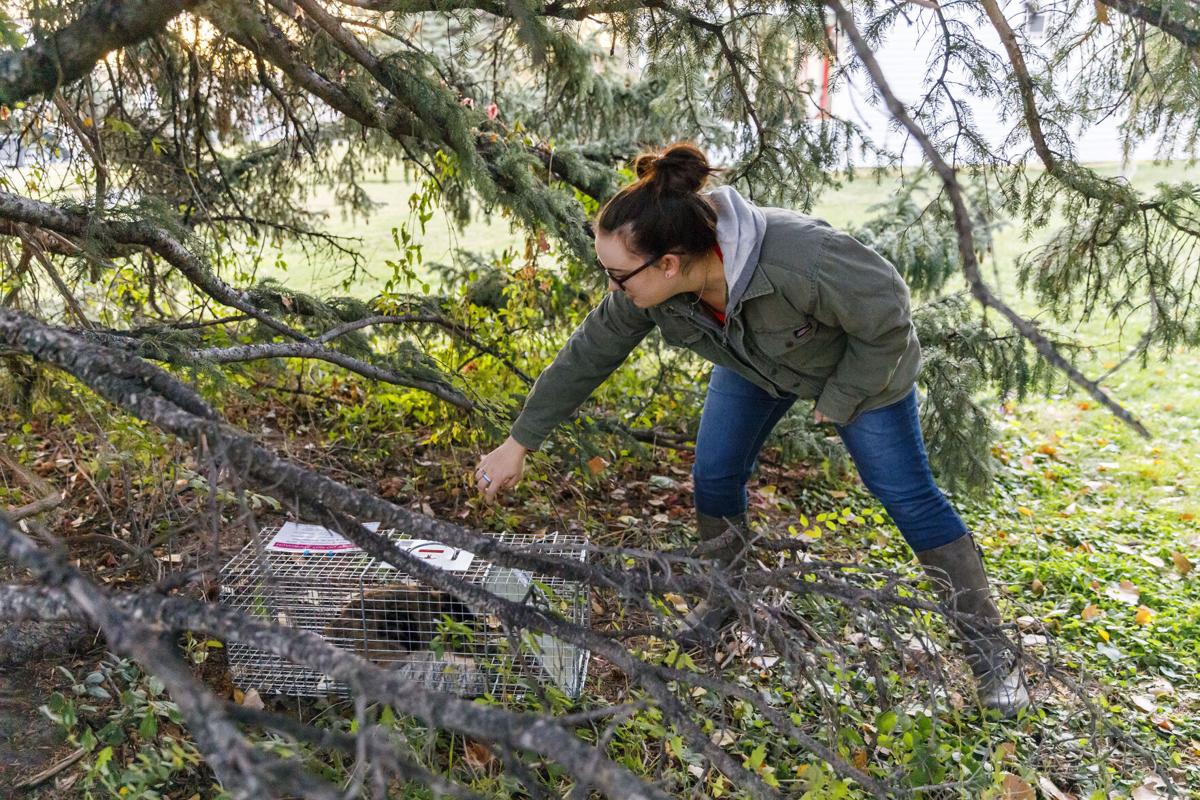 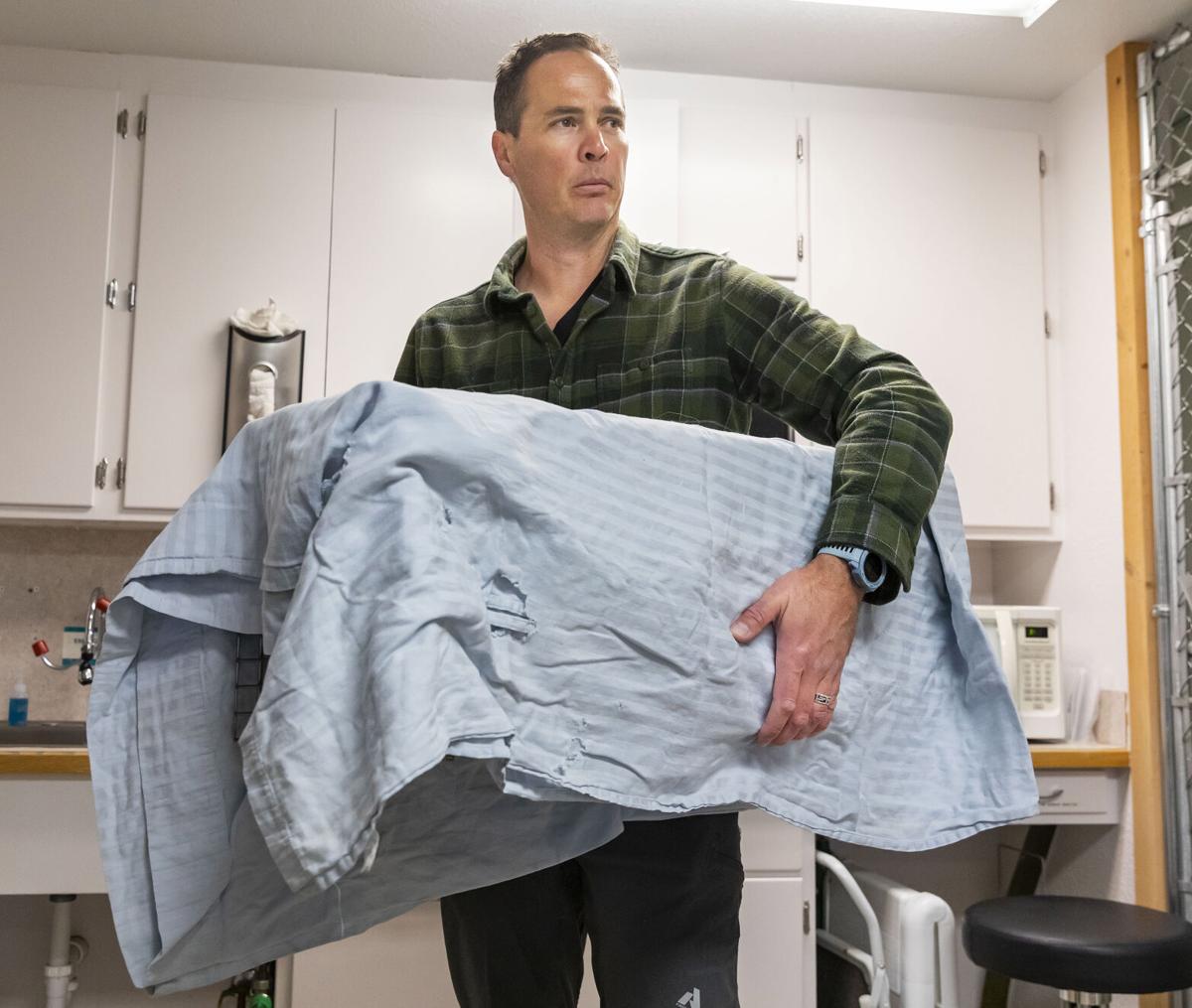 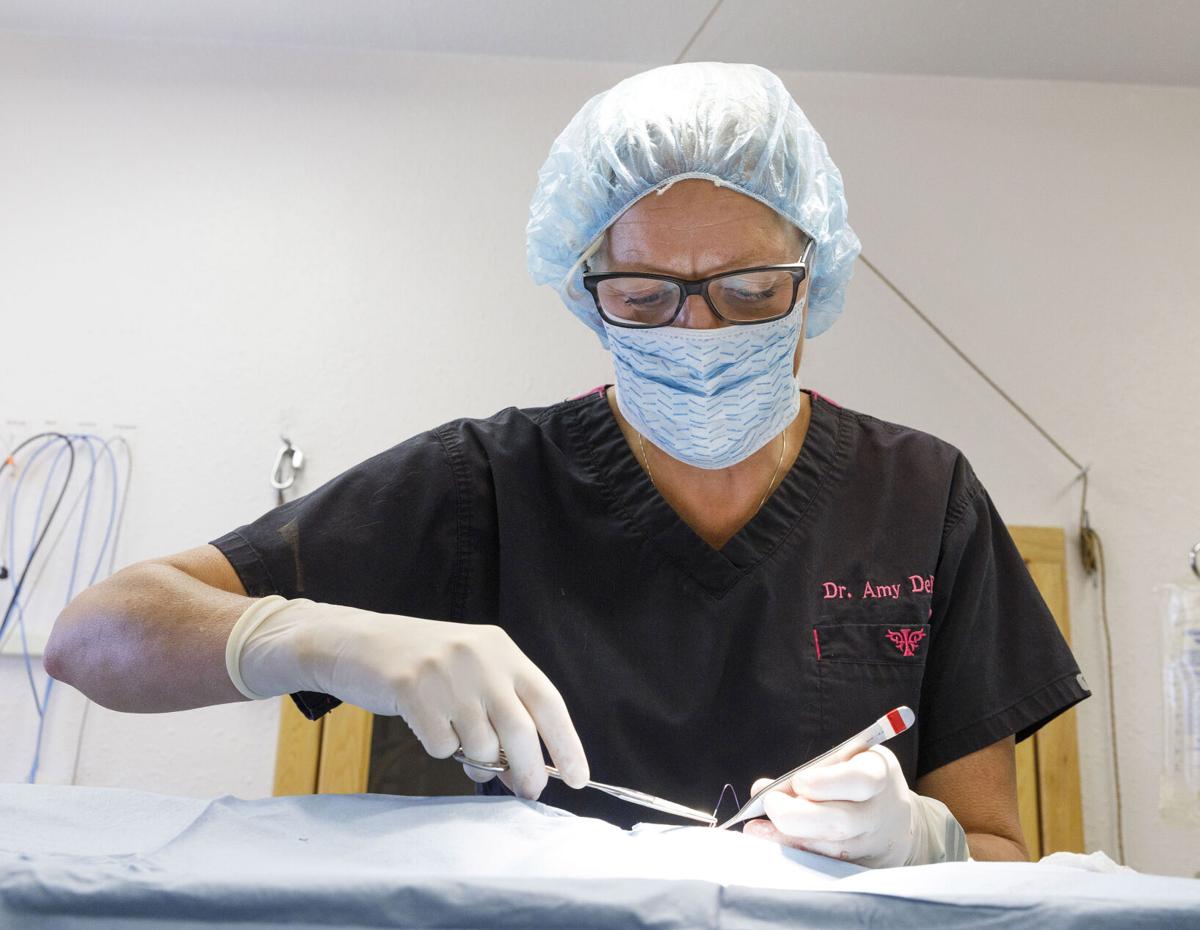 Nova Brown Young, (from left) and Ariana Koller, 10, Eleanore Koller, 16, and Michael Koller observe a cat that was trapped on Beck Avenue on Saturday, October 16th.

It didn’t take long Saturday morning for the small group of volunteers and Park County Animal Shelter staff to see a cat. The only problem: It wasn’t in a trap.

That was despite the wet cat food and treats on a paper plate inside the black, wire container.

“Is that a good or bad omen?” asked Eleanore Koller, a shelter worker and neighborhood volunteer.

Then on the other side of a fence they saw the well-known tomcat that’s at least partially responsible for the proliferation of feral cats around the 1500 block of Beck Avenue.

“They’re just so hard to trap,” PCAS executive director Megan McLean said. “They get food so frequently on this street, they’re not that hungry.”

On a cool fall morning she led a group of staff and volunteers to check 10 traps set out the night before as part of the PCAS pilot Trap-Neuter-Return program, which seeks to curb the growth of feral cat colonies in town.

The group in coats, hats and gloves crossed the street to the home of a woman who has fed the feral cats for years but stopped as requested last week to try and make the cats hungrier and attracted to the bait.

It worked. Under a large pine in her front yard, a small adult calico looked for a way out of the wire trap.

After checking out the female cat, shelter outreach and volunteer coordinator Jackie Hinther laid a blanket over the crate to calm the cat. The animal was then taken to Lifetime Small Animal Hospital later that morning where veterinarian Dr. Amy DeFries spayed her and returned her to the same area.

The Koller family volunteered in the effort as their two dogs watched curiously from the window of their Beck Avenue house. Father Michael and daughters Eleanor, 16, and Ariana, 10, live on the street and got a head start on the trapping the day before, capturing a mother cat and, later that afternoon, one of her kittens, whom Ariana named Edamame.

After finding a few more empty traps Saturday morning, Michael waded into an old, abandoned shed filled with broken furniture and equipment behind a house and pulled out a small trap with a black-and-white kitten inside.

It was one of Edamame’s siblings. The two, roughly 6-week-old kittens will eventually be adopted out. Hinther said they’re the perfect age to be adopted.

“Theoretically they can be adopted out under 6 weeks old, but it’s hard after 12 weeks,” she said. “At 6 weeks, this one is perfect.”

Soon after the morning checking of traps ended, Michael went to retrieve the mother cat from the shelter – she had been spayed the day before – and return her to the area.

Later, the family took in a small litter of kittens.

“It just kind of happened,” he said. “We’re animal lovers. We have dogs and cats, our girls love horses.”

Combining the two cats caught by the Kollers on Friday and the two found Saturday morning, McLean said while the small catch wasn’t what they hoped for, it was a successful start.

The staff and volunteers left the traps out the rest of the day Saturday and Sunday were able to catch three more cats.

Those cats were spayed or neutered, given their vaccines and ear-tipped.

Thank you for being so proactive in this endeavor, and extra thanks to the neighbors who cooperated and assisted. It's a small start, but a giant move forward!