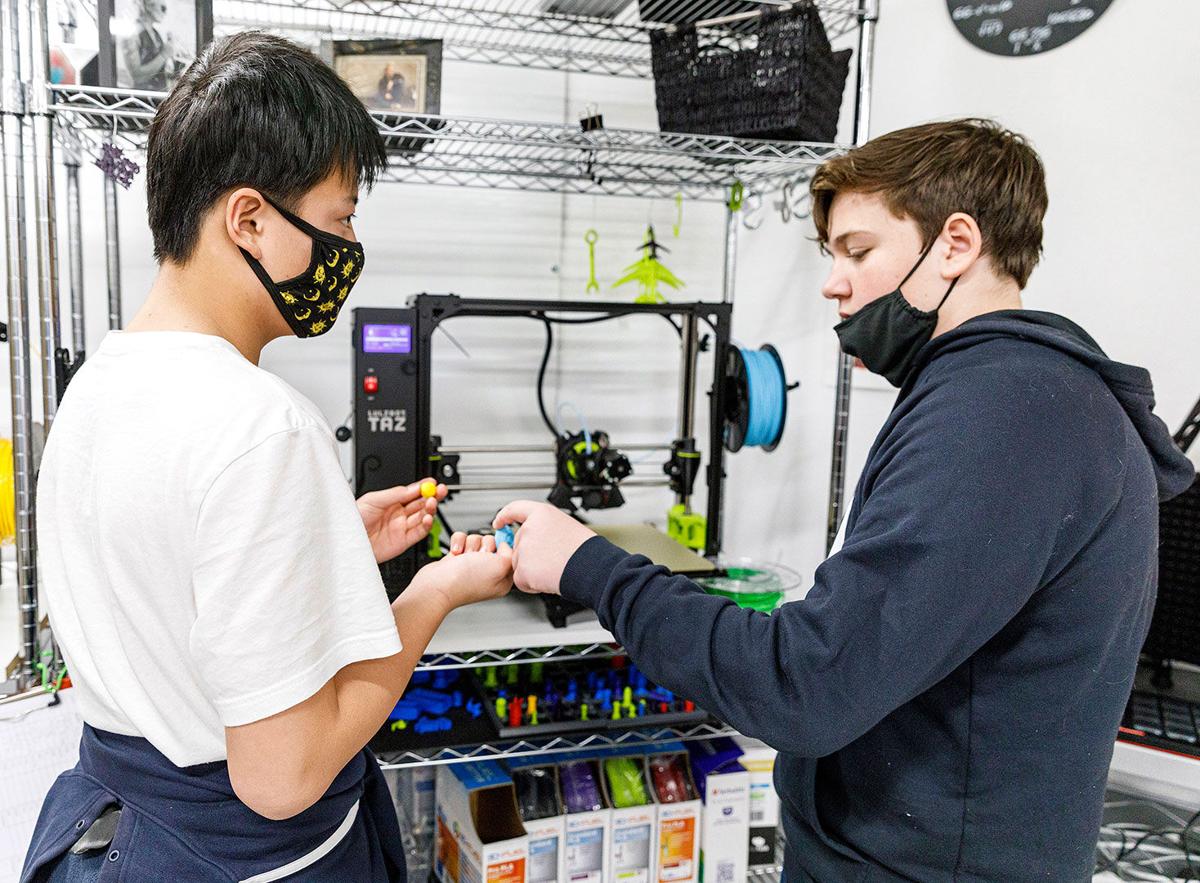 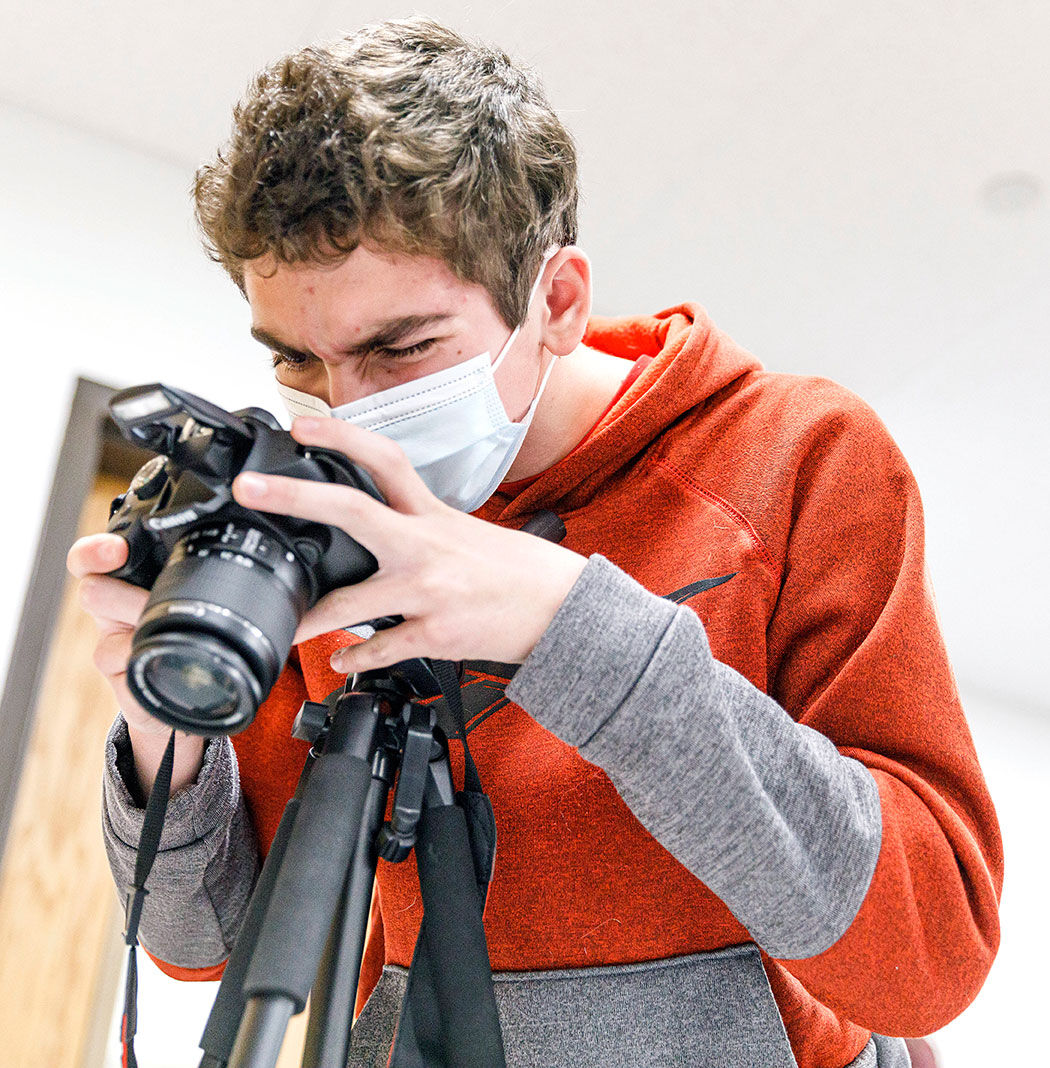 Janie Denning’s computer lab at Cody Middle School is a hive of activity.

The students buzz. So do three 3-D printers in the front of the room. A stop-motion video set stands in a corner with a light hanging over it, the work of shooting now complete. Another stop-motion production is underway on the opposite side of the room. Snippets of beats and melodies of songs yet unreleased carry over the noise of the students.

Class starts at 10:40 in the morning, a hub of self-directed learning uncommon even at the high school level. Students chase what interests them as they learn professional-level programs such as the game engine Unity and the digital audio workstation Logic.

“This is an exploratory class,” Denning said Tuesday. “The interest is what motivates them. Students walk through their own learning process.”

Denning’s students got started on GarageBand and iMovie, two basic programs that come standard on any modern Macintosh computer. Her students quickly outpaced what they could do with the limited power of the old Macs the lab was equipped with, to the point the old machines would shut down mid-project because they were overtaxed.

‘In order to run those programs, you have to have a computer that’s strong enough to run them,” Denning said. “What’s happening is the kids are getting to utilize those programs to the point where they’re actually making products.”

Jarrett Christler sits in front of an iMac twice as wide as he is. The 8th grader pulls up song after song on Logic, synthesized choirs oohing through the speakers.

“I like to use the voxes,” Christler says. He pulls up a piano roll, a feature of the program which lets composers and producers write their own loops to use in Logic.

“I play the piano at home,” Christler says. “I was like, ‘I can make music now. I’ve got the resources at school to do it.’”

Like his classmates, Christler started in GarageBand but quickly moved into the more advanced FL Studio and Logic, tinkering and playing around with beats and sounds and figuring out what works together. He’s come a long way from his first piece, something he called a “wall of sound.”

When he’s not making his own music – he worked with a rapper in Alaska to create a backing track to the rapper’s lyrics – he’s wandering around listening to what his classmates are doing.

“I love to hear other people’s music,” Christler said. “Sometimes, I hear a sound I like then I try to incorporate it into my own stuff or make a new beat for it. I like to help them, hear what they do and maybe add something else.”

Working together is a core component of Denning’s class. Students critique each other, offer encouragement and suggestions for improvement. It’s a critical function of the class. The class is a collaborative effort between people working on different projects. While one makes a movie, another crafts the soundtrack. Still others are designing and printing logos for a set.

Nothing is perfect the first time and Denning isn’t an expert in every single program her students use in the classroom, more than a dozen. She learns with her students, and uses a lot of trial-and-error to figure out an answer.

Evaluating a class like this, where everything is new and the teacher isn’t necessarily an expert in the subject matter is a challenge, so Denning uses self-evaluations and allows students to rate their own performance. It’s an exercise in reflection and though Denning does meet state standards for computer science, she wants her students to see how far they’ve come and what they’ve become proficient in, not grade if they’ve produced a Grammy-worthy song or Oscar-worthy movie.

“Progress is a huge motivator,” she said. “Getting better keeps them motivated. It’s the first time many of them are doing something, so why would I grade on the final product?”

Denning’s class gives students an opportunity to work not just with coding and elements of computer science, but to combine everything they’ve learned in other classes in an interdisciplinary approach to solving their problems. Students learn 3-D modeling, photography, lighting, direction, composition, math, science and anything else in-between they might need to make their projects come to life.

Denning doesn’t have a specific project in mind for any student, but there are plenty she has on the backburner if a student needs a nudge.

“I’m sitting here with this possibility and push,” she said. “I’m just waiting for the right student to come and run with it.”