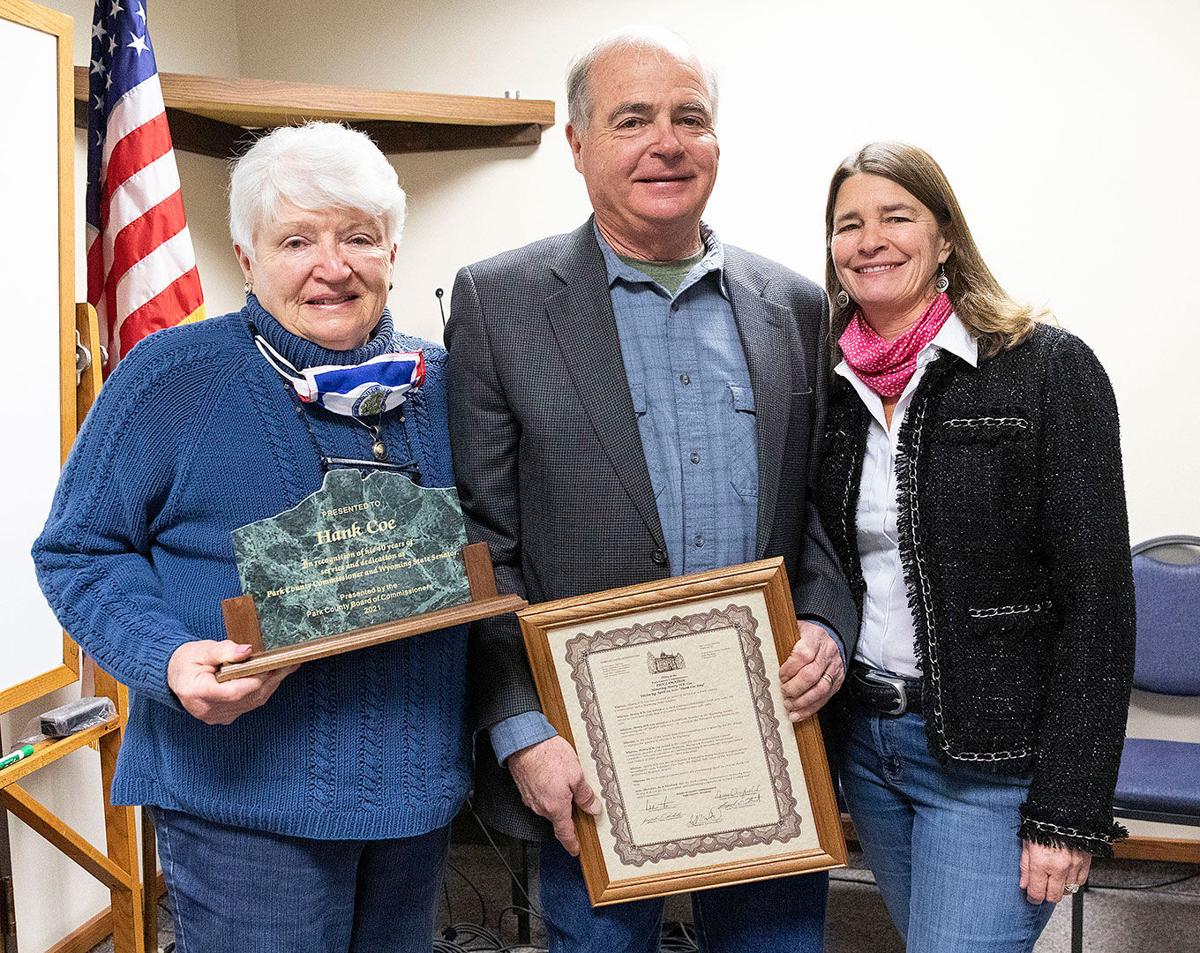 Anne Hayes (from left), Bob Coe and Angela Coe accept an award on behalf of Hank Coe at the courthouse on Tuesday. The Office of the Park County Commissioners declared April 29th “Hank Coe Day.” 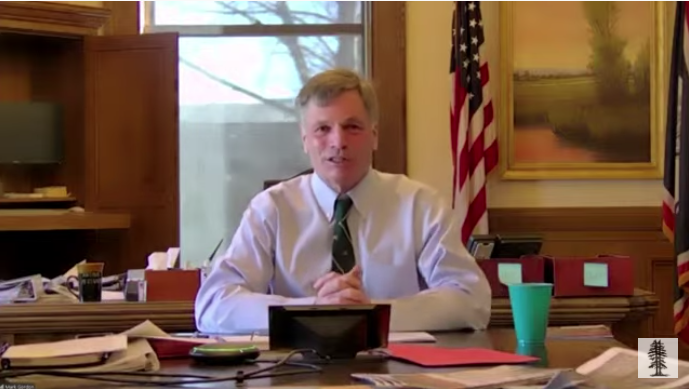 Anne Hayes (from left), Bob Coe and Angela Coe accept an award on behalf of Hank Coe at the courthouse on Tuesday. The Office of the Park County Commissioners declared April 29th “Hank Coe Day.”

April 29 will be “Hank Coe Day” in Park County.

“It was of jingoism he spoke of with the importance of Cody,” Gordon said. “He did his best to make sure the rest of the nation knew how important that was.”

How do you honor a man who spent three decades in the state senate and 17 years as chair of the senate education committee?

Barrasso said Coe’s service would be entered into the U.S. Congressional record this week. He worked side-by-side with Coe in the Wyoming Legislature from 2003-2007.

“From the Park to a pothole, Hank had all the phone numbers to call,” Barrasso said.

Gordon spoke of the bipartisan efforts Coe undertook in the Senate and the time they spent together on the Hathaway Scholarship, which Coe helped initiate.

“He understood state finances and the value of investments brought to the state,” Gordon said.

During his time in Cheyenne, Coe helped start the Hathaway Scholarship and initiate equitable fundng among all Wyoming schools.

In the Senate, he also served as the chair for Air Transportation Liaison Committee, and was a member of the Senate Minerals, Business and Economic Development Committee, the Selection Committee on Capital Financing and Investments, the Energy Council, and the Council of State Government – West Education. He was Senate president 2001-2002.

A plaque was also designated in Coe’s honor.

After 32 years of representing Cody and Park County, Coe decided in March not to run again for his Senate seat.

Coe was recently diagnosed with pancreatic cancer and could not attend the event on Tuesday, but his family was in attendance at the commemoration.

It was the end of an era when Coe announced his retirement.

Prior to serving as Senator, he was a Park County commissioner from 1979-1987, serving as chairman in 1983, 1986, and 1987. He was also involved with many local civic organizations including the Cody Volunteer Fire Department, Buffalo Bill Center of the West, and Yellowstone Regional Airport.

Commissioner Scott Mangold remembered his time visiting Coe at the Legislature when he was Powell mayor, barely able to keep up with the stream of cigars and whiskey Coe proffered at night, while initiating unblinking political maneuvering during the day.

“He was the very last person you’d want to see in Cheyenne because of the whiskey and cigars,” Mangold joked.