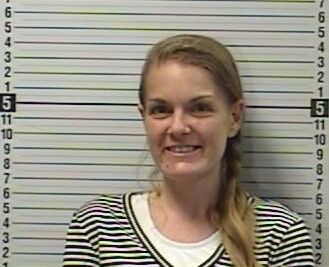 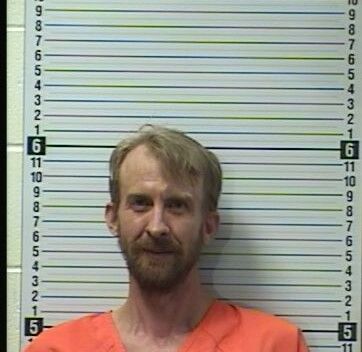 Within moments of a jury finding Chelsea Velker not guilty for allowing a child in the presence of meth, authorities filed much more significant charges against her and her fiance Travis Dawe, who each face up to 50 years in prison for fraud and theft.

In total, the pair is facing eight charges for burglary, theft, forgery and conspiracy to commit theft.

Authorities allege Velker and Dawe stole checks from the Caleco Foundry and Sunlight Photographics and also from other individuals. They are also accusing the couple of stealing antique cameras, radio equipment and a computer.

According to the affidavit, authorities had been investigating the couple for at least three months prior to their January arrest as a result of a search warrant that had been placed on their home.

Velker intercepted a package of 600 checks that was being mailed to Sunlight a few weeks before the search warrant was placed on their home. Although she told Brent Emery, owner of Sunlight, she was planning to bring them to the post office, this never occurred.

Authorities found evidence that either Velker or Dawe forged Emery’s signature on at least one of the checks.

During initial questioning with authorities, Dawe admitted he planned to fraudulently use the checks, some of which were found on a scanner in their home. Velker denied having knowledge the checks were in her home and then refused to answer any more questions from authorities.

Other checks were also found in the home belonging to other people.

“Knowing the totality of the circumstances and knowing further information regarding the cases Dawe and Velker are involved in, it is more probable than not that Dawe and Velker were attempting to use the numerous checks in nefarious ways to receive money,” Chris Wallace, Powell Police investigator, wrote in the affidavit.

In October 2020, a burglary was reported at Caleco Foundry, involving the theft of 40 checks, 53 blank payroll checks, and an envelope containing the company’s last payroll with time cards and pay stubs inside. These documents contained the last four digits of every employees’ Social Security numbers. The items were left in owner Bucky Hall’s office, which co-worker Diane Pondreported is always unlocked.

Hall said he had received a report from Pinnacle Bank regarding potential fraud on a company debit card. The card had been used in Billings at Walmart and was attempted to be used, but denied, at a Best Buy. Park County Sheriff’s Office Deputy Phil Johnson said surveillance cameras from Walmart showed a couple that looked like Velker and Dawe making the transaction at the store. They were seen leaving in a vehicle that matched the description of Velker’s car.

Hall said he suspected Dawe took the checks as he was recently fired from the Foundry, was denied unemployment, and knew where the checks would have been located in the office. Velker said she did work at Caleco for a few months, but admitted to not being adept at her job there.

Not once during the jury trial did Dawe mention he had worked at Caleco, saying he had been unemployed during this time period.

When talking to authorities, Dawe admitted to entering into the Foundry through an unlocked door. He said his goal had been to steal petty cash to fuel his meth habit, but ended up leaving with much more -- checks, a debit card, personnel documents and a laptop, all of which were found in his home. Dawe said he used that laptop to open numerous accounts in other people’s names. A Bank of America search warrant showed the same IP address being used on the mobile deposits as another connected to Dawe’s internet service.

One of the stolen checks was also cashed for $2,500 and made out to a “Sandra Briggs” on a Bank of America mobile deposit. Hall’s signature was forged on the check. Dawe admitted to forging this check and attempting to cash it through a mobile deposit.

Briggs, a Cody resident who lives next to Dawe’s parents, was interviewed by authorities and said she had never seen the check before and complained of unknown people trying to open financial accounts in her name recently. Her cellphone was also determined technologically insufficient to perform mobile deposits.

Hutchins said that account had been closed at Valley Credit Union about six months prior due to fraudulent activity from an unknown party. She said she had some suspicions regarding Velker and Dawe from a few months prior.

During that time frame, she hired the couple to dog-sit at her house. When she returned she found diamond and pearl earrings missing from her home, but didn’t want to accuse the couple or report the jewelry missing.

Dawe admitted to forging Hutchins’ check as well and said he had gotten her information from a blank check she’d given him in the past, a claim she denied. He claimed none of the checks he forged had been deposited successfully.

Authorities said some of the checks appeared to be written by a female, but Dawe said Velker took no part in any of the fraudulent activity. During the jury trial, Velker said she thought Dawe was working odd jobs and repairing electronics for the small income he was providing.

During a search warrant of the couple’s Cody home last January, 300-400 blank checks belonging to Sunlight Photographics were found in the home. Velker was employed at KROW Radio in Powell at the time, which shares a building with Sunlight.

About 2-3 weeks prior, Emery’s wife Kelly Emery said sheencountered Dawe, Velker and their children in a “vault” area located between the photography business and the office the station rents from Emery, an area they did not have permission to access. She said the children were behaving badly -- screaming and banging doors -- while Dawe’s and Velker’s attention was directed elsewhere, focusing on rummaging through items in the vault.

Camera tripods, at least five cameras and other photographic equipment valued a total of at lease $2,500 and belonging to Sunlight were found in Velker’s and Dawe’shome. John Speeney, general manager of Appaloosa Broadcasting/White Park Broadcasting, confirmed Velker had started her employment as a marketing and advertising consultant just a few weeks before this incident.

During the jury trial last week, Velker spoke of how glad she was to finally have a job that utilized the degree she earned in college.

Also discovered missing was a computer belonging to the radio station. Numerous computer towers were found in the couple’s home, some still assembled and others completely dismantled.

When questioned about the computers, Dawe said he took three and thought they had been given permission to take them when told to “clean the place up,” and to take or throw away anything not working or unplugged. Dawe said he threw away other computers in the dumpster outside the station and was planning to re-sell the three computers he took on the internet, saying he already had received quotes for some of the items.

Dawe said he thought the Sunlight vault belonged to the radio station and was part of the area he was allowed to take items from.

A work laptop given to Velker was also found at her home. In her work email, Speeney said he found evidence the couple were planning to move to New Zealand with their children and were discussing getting passport photos.

The total value of items belonging to KROW and Sunlight was determined to be worth $7,363.

Another day in court

Jack Hatfield, Park County prosecuting attorney, said there will be a significant amount of new evidence submitted to this case in the coming weeks. A 377-page investigative report has been compiled with all of the evidence relating to it.

During her initial hearing Friday, Velker requested she be released from custody and allowed to stay at Ezekiel Ministries, a Christian-based therapy house on County Road 2AB, to work on her drug addiction issues.

“I am not confident Ms. Velker wouldn’t just flee from there,” Hatfield said, recommending her bond be set at $100,000 cash-only. “She’s virtually assured to flee.”

The charges that were originally brought against Velker and Dawe back in January were temporarily dismissed because Cody Police Detective Scott Burlingame was unable to make it to their preliminary hearing. When released from custody, Velker said they went to Colorado Springs, Colo., because they were kicked out of their home on Goodturn Drive. In Colorado they were apprehended in a hotel room, after refusing to open the door when authorities attempted to serve them with a search warrant. They ended up being forcibly removed from the room, and a hole was found in the ceiling from an attempt they’d made to escape.

Park County Circuit Court Judge Bruce Waters set her bond at $50,000 cash-only. No hearing has been scheduled yet for Dawe, who was found guilty for allowing a child in the presence of meth at their home, by a jury last Wednesday.

After spending more than three and a half hours deliberating into the early evening hours last Wednesday, a jury found Travis Dawe guilty of a…