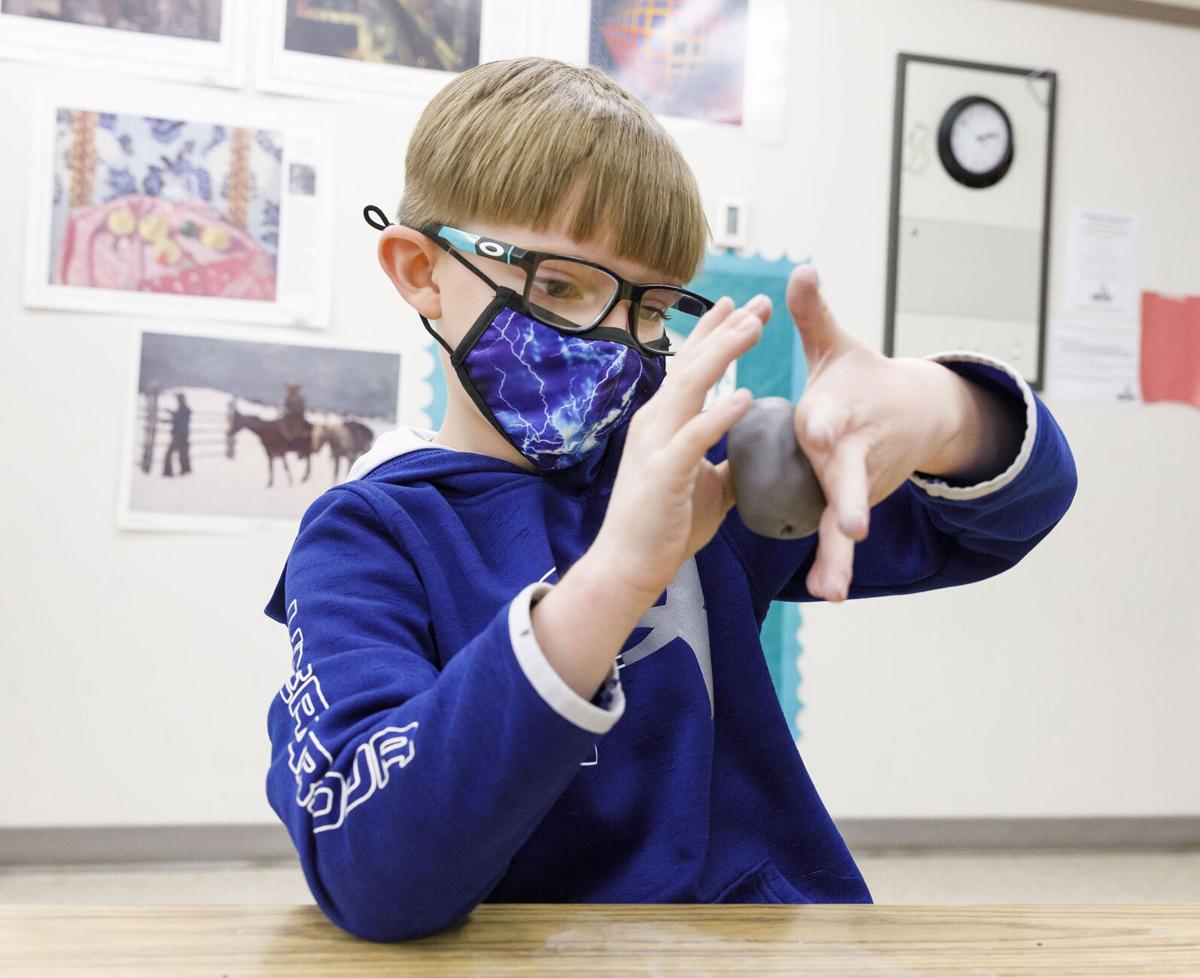 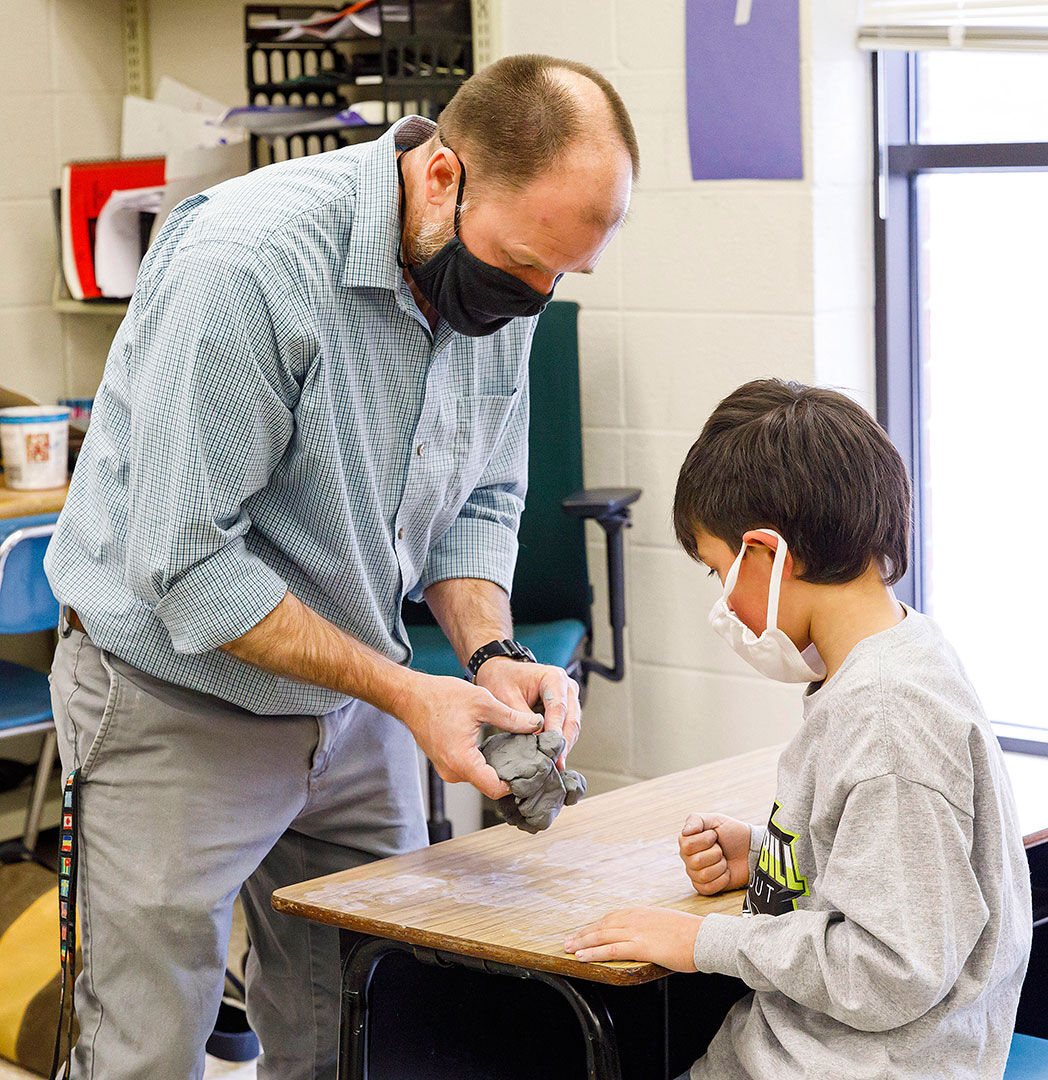 The Cody School Board is starting to paint a picture of what the upcoming budget will look like and it isn’t looking good. To meet the impending reductions, the elementary school art teachers find themselves on the cutting room floor.

“Park 6 continues to value art education. Art in a Cart was the beginning and grew to include certified art teachers at the elementary level; unfortunately, elementary art is unfunded by the state,” the Board said in a statement. “In the future, art will continue to be a part of our elementary students’ lives. It will be taught – just differently.”

Estimates from business manager Dawn Solberg show that despite cuts already made of nearly $1.3 million, the district may still need to cut as much as $2.6 million more, depending on which bills pass in the Legislature.

In addition to cutting the elementary art teachers, the district is also cutting three instructional facilitators and a fifth-grade teaching position.

“These recommendations come to the board. We’re not part of developing the recommendations, district staff and the leadership team bring them to us,” board chair Brandi Nelson said. “And it isn’t just music and art, though that’s what’s being focused on right now.”

Nelson said that though there would not be a full-time art teacher at the elementary schools, art education would not be going away. Instead, it would be folded into the coursework of elementary teachers in other subjects.

Music also took a hit in the cuts. Music education, however, does have funding from the state. High school choir teacher Larry Munari will take over elementary music at Livingston while Anissa Bree will teach both middle and high school choir, superintendent Peg Monteith said. Both music and art will remain as they are for the rest of the school year.

The district has cut 15.5 full-time equivalent positions thus far through retirement, attrition or the simple elimination of positions. It is trying to finalize staffing cuts as quickly as possible due to an impending deadline set by statute. The district must let teachers know by April 15 if they will be offered another contract and currently plans to make those final announcements at the April 6 special board meeting.

“Unfortunately, we won’t know with any certainty what cuts from the legislative session that are coming until about the same time we are approving contracts,” Monteith said. “That deadline pushed us pretty hard on the staffing piece.”

Even if the education funding model were to stay exactly the same, an unlikely event as revenues from oil and gas have not yet recovered to pre-pandemic levels, the district would still be facing a budget reduction of nearly $750,000 next year due to lower student enrollment and the loss of inflation-based income from the state.

The six positions cut by the district will force some reorganization of classrooms, particularly at the fifth grade level, though the district will still meet class size requirements. It will also cause some readjustment with building administrators.

“It will be tough for building principals at the elementary level,” Monteith said. “They appreciated those instructional facilitators to do coaching the principals were not always able to do. It will be a real shift in what their day looks like.”

State funding for Wyoming's 48 school districts is based largely on ADM (Average Daily Membership - in other words student population). That is falling for a number of reasons - the foremost being that parents do NOT want their children educated by liberals with textbooks full of historical revision.

When I was on the board I saw this first hand and along with concerned parents (many who removed their children from Park 6 schools). HUGE OBJECTIONS were lodged about content matter that was un-American, left-leaning and outright lies about our great country.

MANY teachers in the Park 6 district are left-leaning and their liberal agenda is hoisted on our kids. We hauled several of them in during my tenure, but alas they were "on tenure" and let us know in no uncertain terms "they were going to teach whatever they wished". A letter went into their file and that was it.

So in response, MANY parents have yanked their kids out of Park 6 and home-schooled them with some very impressive looking curriculums/faith-based educational materials. Some parents in Park County have gone so far as to create their own schools which have been very successful and well-populated.

The Connections Academy which is online has done very well over the years and allows a student to work at their own pace and way above grade level. I know of one outstanding girl who jumped to the online school and entered UW as a 15-year old!

When parents feel their children are not being taught correctly and/or are force fed a liberal agenda, they pull their children right out. There are very few private school options here, but back east in highly populated areas there might be five or six private schools per county with lots of choice. Parents interview these administrators, look over the curriculums, view teacher credentials, see how many of their graduates are going to the top universities and select a school to their liking. The public school is a distant second choice and almost never utilized.

Park 6 has no one but themselves to blame for less enrollment these days. Who wants their kid to listen to wrong historical facts, read authors who were selected for anthologies based only on their lifestyle choices or race and get indoctrinated in foolish liberal behavior?

Hmm all your dislike for public schools Scott makes me wonder why you constantly bring up that you were a board member for the very entity you dislike so vehemently. You also like to remind people you were a teacher in Cody but in reality you were just a student teacher.

I would not expect anything different from someone who moved from Ohio!

I for one applaud our hard working students and teachers... the board and administration.... that is a different story!

Or what normal people call facts.

Yet we added a softball program? I would venture to say more artists will come out of Cody over time than professional softball players!

The goal of high school sports is not to create professional athletes. High school sports teach our children leadership skills, team work, hardwork, disappointment, how to winand lose gracefully as well as keeping them active and healthy.

Hmmm maybe the “Board” shouldn’t have been to hasty to buy out the last Superintendents contract.... they could have saved well over a hundred thousand!