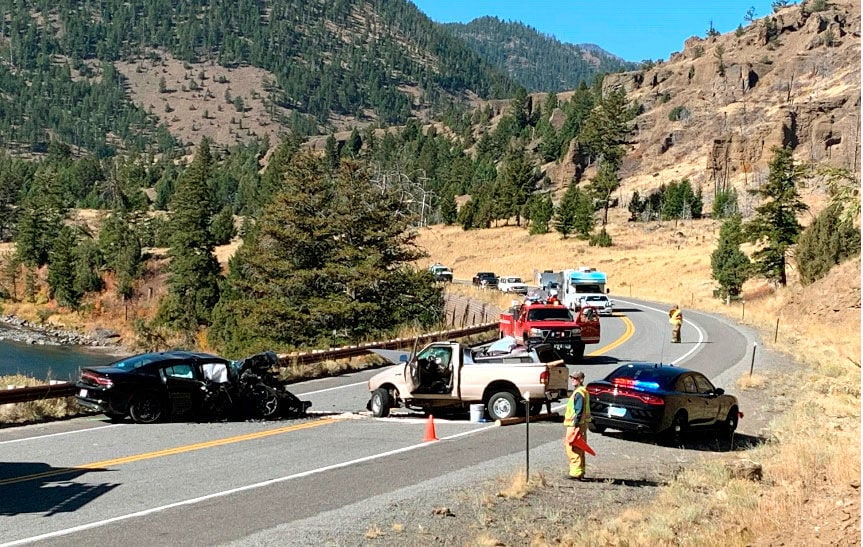 Kenneth Stone ran into oncoming traffic in October on U.S. 14-16-20 W. He has been charged with DUI and assault with a deadly weapon. (WHP photo) 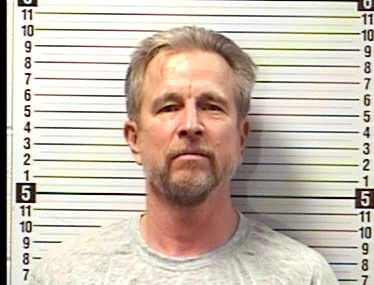 Kenneth Stone ran into oncoming traffic in October on U.S. 14-16-20 W. He has been charged with DUI and assault with a deadly weapon. (WHP photo)

A Cody man is facing decades in jail for injuring people in a wreck in October allegedly caused by his impaired driving.

Kenneth Stone, 60, has been charged with aggravated assault and battery with a deadly weapon and causing serious bodily injury while driving under the influence of alcohol in a wreck that injured four people.

The felony carries a jail term of up to 20 years, but the prosecution is pushing for a life sentence because of prior felonies. Stone has been charged with at least three other felonies since 1994.

Stone was also injured in the crash. Wyoming Highway Patrol Lt. Lee Pence said he drifted into the westbound lane on U.S. 14-16-20 near the East Entrance to Yellowstone National Park on the morning of Oct. 6 and collided with a 2020 Dodge Charger driven by a 29-year-old from Cincinnati, Ohio, who was traveling west around a left-hand corner. As the car rounded the corner, Stone’s eastbound 1997 Ford Ranger entered in their lane.

In the report, Pence said the driver of the Charger attempted to steer left just prior to impact to avoid Stone, resulting in an offset, head-on collision.

In his full investigation, Pence determined Stone was impaired by medication and alcohol while driving. Pence said Stone only blew a .02, but that was three hours after the incident. Stone also admitted to taking sleeping pills and muscle relaxers in combination with a few beers the previous night.

He was arrested Jan. 12 and the following day at his initial hearing was given a $750,000 cash-only bond.

Park County prosecutor Jack Hatfield argued for a high bond based on Stone having multiple felonies on his record and being a flight risk, as he fled the country decades prior after pleading guilty to a crime in Arizona.

The county also argued that his three prior felonies made him a habitual offender and therefore deserving of more jail time.

The first incident happened in 1993. In 1994, he pleaded guilty to one count of destruction of federal property when he and a group of friends set off dynamite at the Salt River’s Quartzite Falls in Arizona, where he was working as a river guide.

He was later found guilty of multiple charges in 1997 after fleeing to Australia to avoid jail time for the 1994 charge.

In 1997, Stone was found guilty of three charges of committing mail and wire fraud of more than $145,000 against a number of different agencies including the U.S. Department of Housing and Urban Development related to his flight to Australia.

In 2018, he was convicted another felony after shooting a grizzly he had mistaken for a black bear. As a felon, it was illegal for him to have a firearm. He also used a fake name to obtain his license and used a firearm despite indicating he was bow hunting.

At the October wreck, Pence said Stone had the smell of alcohol on him and pills visible in his truck.

He added in the report Stone asked multiple times if the people he hit were going to live.

“This furthered my belief that Mr. Stone was impaired due to a combination of alcohol and medication,” Pence wrote.

While all involved in the crash survived, some had serious injuries, from broken vertebrae to fractured arms.