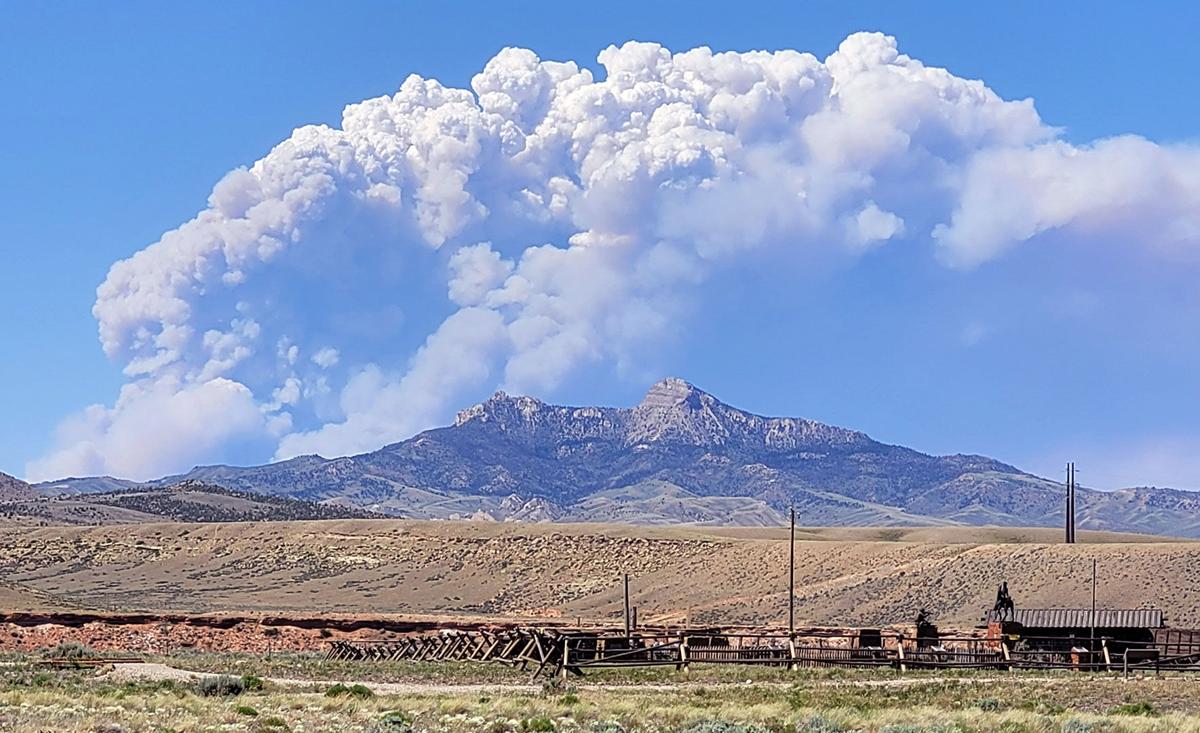 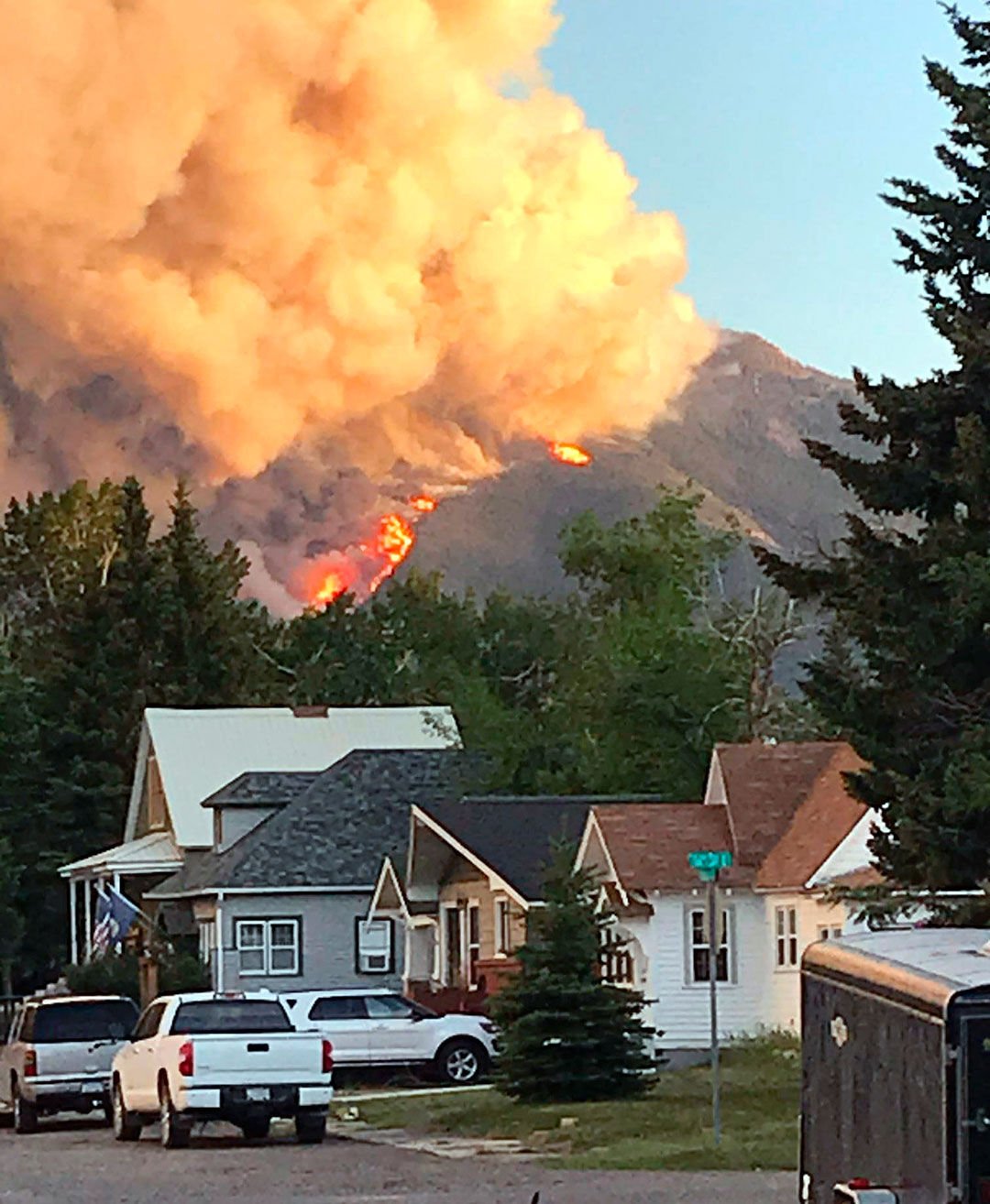 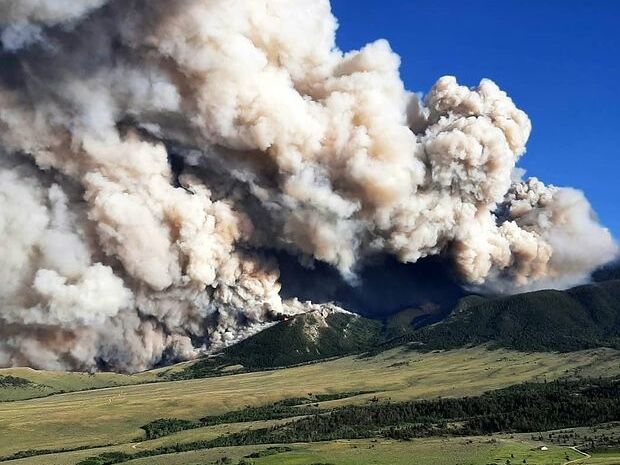 The Robertson Draw Fire burns on Mount Maurice on Tuesday. 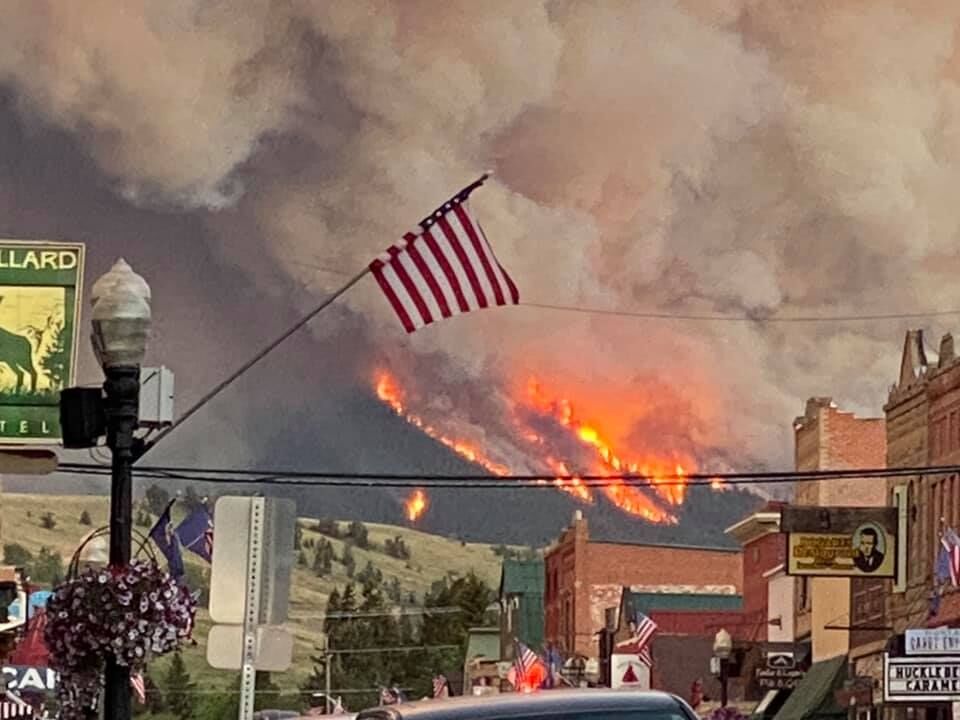 The Robertson Draw Fire, as seen from downtown Red Lodge on Tuesday night. 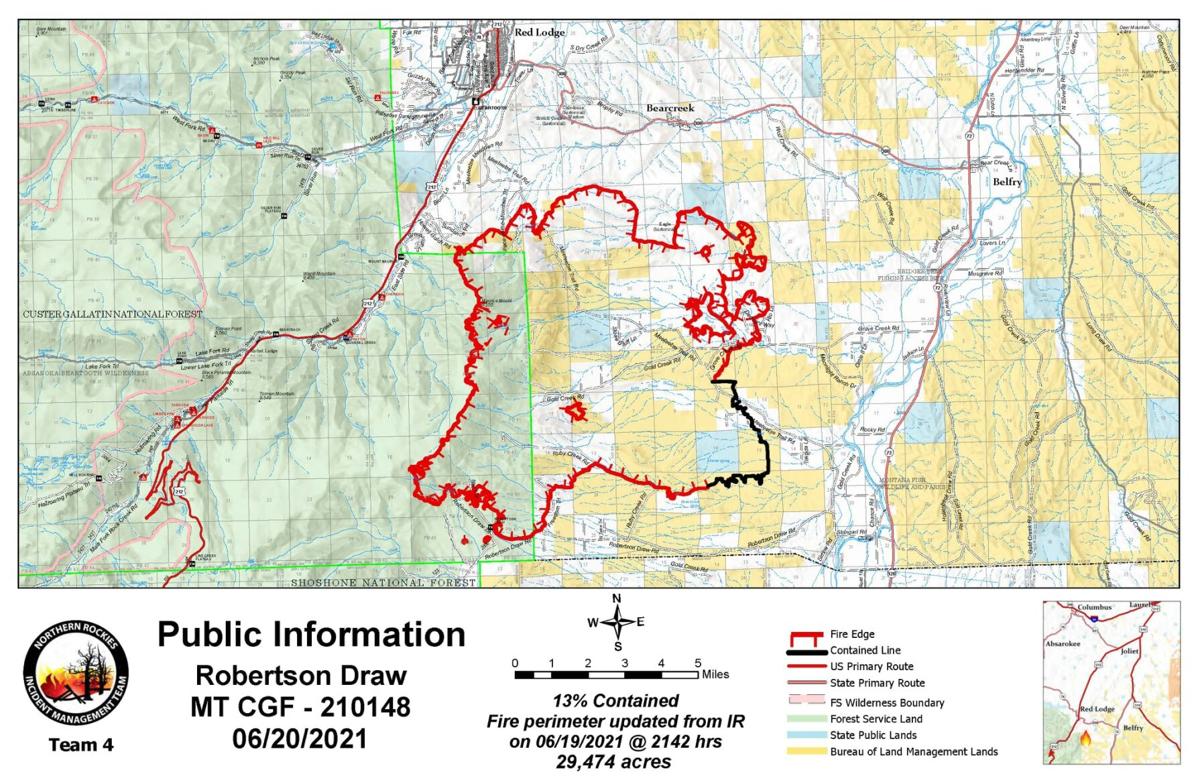 A map of the fire released on Sunday morning.

The Robertson Draw Fire burns on Mount Maurice on Tuesday.

The Robertson Draw Fire, as seen from downtown Red Lodge on Tuesday night.

A map of the fire released on Sunday morning.

The Robertson Draw Fire north of Clark has expanded to 29,437 acres as of Sunday morning with 13% containment reported on the east side of the fire. It is the first time since the fire started that it has been reported to have any portion contained.

According to the Custer Gallatin National Forest containment is defined as having constructed or utilized a line along the fire’s edge to stop fire spread. Fire lines have been developed on the east, south, and northwest sides of the fire. Efforts are continuing to connect the northwest fire line all the way to near MT 212 (Beartooth Highway).

Aircraft have been busy as well, making water drops on Saturday with a fixed wing CL-415 water scooper aircraft were again used to make water drops on the southern part of the fire.

No part of the burn has come closer than about 0.6 miles from the state border according to the National Interagency Fire Center.

The vast majority of the fire activity continues to be in the upper reaches of the Grove Creek and Line Creek drainages.

The Custer Gallatin National Forest initially reported the fire on June 13, burning eight miles north of Clark and less than one mile inside the Montana border on the eastern face of the Beartooth Range.

Fire staff reported successful mitigation days later in the week as staff worked to push the fire into a previously burned area to the south. Staff worked south of Bearcreek in order to secure a fire perimeter around the town.

Carbon County, Mont. Sheriff Josh McQuillan reported during a public informational meeting Wednesday night that eight major structures and 13 secondary structures or outbuildings were lost in the fire. According to Amy Hyfield, a public information officer with Red Lodge Fire and Rescue, all of the structures burned were in the Gold Creek Road area.

At least two homes west of Belfry were reported as destroyed because of the fire.

On Wednesday morning, Custer Gallatin reported the fire had grown to 21,000 acres and more fire crews and aircraft were responding to the blaze.

There are now 296 personnel working on the fire that is occupying around 46 square miles.

“Firefighter and public safety are the top priority,” the incident briefing reads. “Efforts will be focused to protect resources at risk including assessing and implementing structure protection needs, implementing back burning efforts and continuing building fireline.”

The fire has been determined to be human-caused and McQuillan revealed that a suspect has been identified for their possible involvement in causing the fire. That individual is not in custody at this time and McQuillan said the Carbon County attorney will decide what if any charges will be pressed by the end of next week.

There is also a 5,100-acre fire near the Crow Indian Reservation known as the Crooked Creek Fire burning in the Pryor Mountains 25 miles east of Bridger.

The Robertson Draw Fire is now near double the last substantial regional fire, Fishhawk Fire of 2019, which topped out at 11,000 acres.

After reported as burning at 200 acres on Monday afternoon, the fire grew to 2,000 acres by mid-day Tuesday.

As of Thursday night, evacuation orders are only in place for campgrounds to the south of the Beartooth Highway. North and South Grove Creek roads, Gold Creek Road, Ruby Creek Road, Meeteetse Trail, and Robertson Draw Road are still closed to general public use.

A shelter has been set up in Red Lodge.

A total of 573 residences were checked for evacuation with 248 people contacted on Tuesday and Wednesday.

Highway 308 between Belfry and Red Lodge is open after being closed on Tuesday.

Staff have performed mitigation efforts along the south side of the burn to protect Clark, but fire staff said there is potential the fire could move in that direction.

Staff identified Bearcreek as being at a greater risk.

The fire is anticipated to last from a couple weeks to a couple months.

Tuesday’s operational goals were to keep the fire north of Line Creek, west of the Forest Service boundary along the face of the Beartooths, south of South Grove Creek and east of the Line Creek Plateau.

Custer Gallatin reports it is burning in sagebrush, grass and timber. The cause of the fire is still under investigation. No structures are being threatened at this time.

Robertson Draw is part of the Line Creek Plateau trail system in the Beartooth Ranger District, a series of trails open to hikers, bikers and horseback riders.