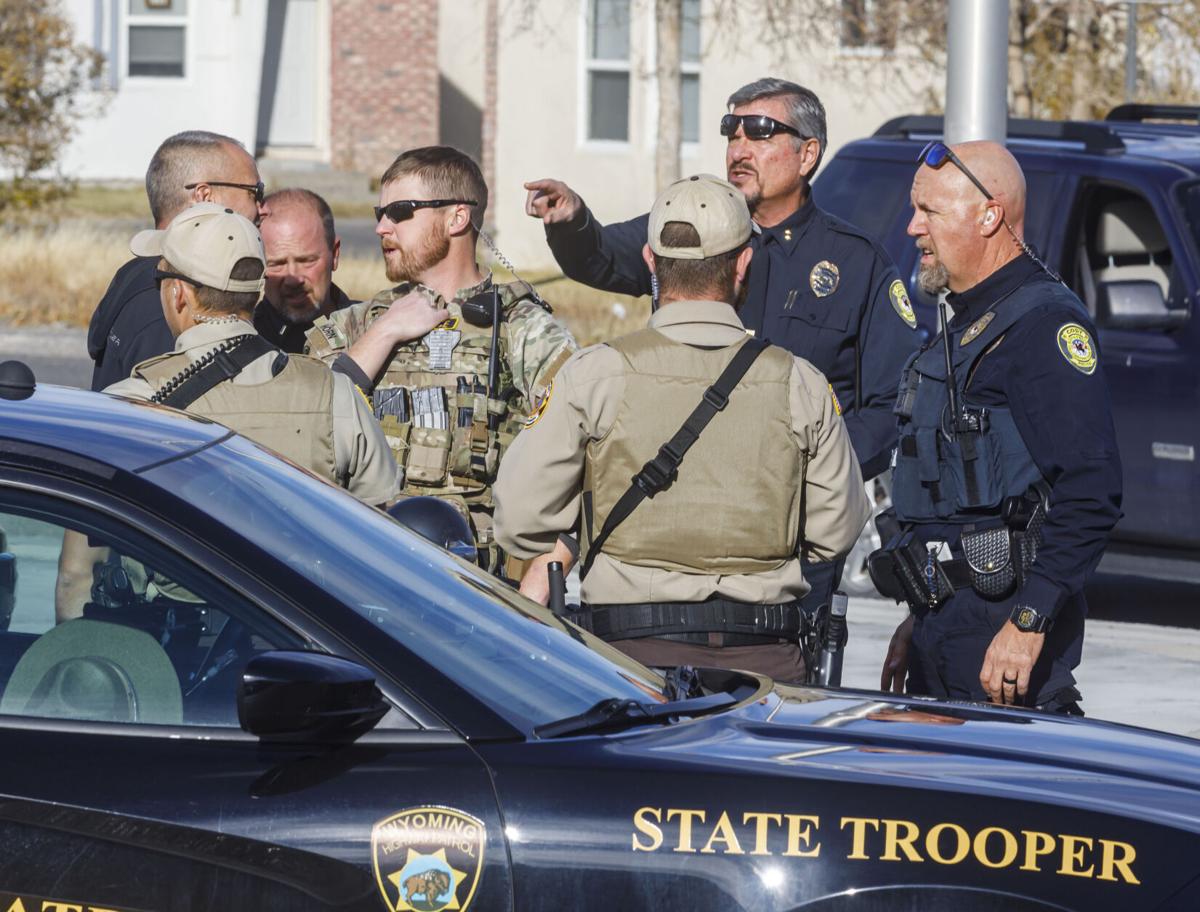 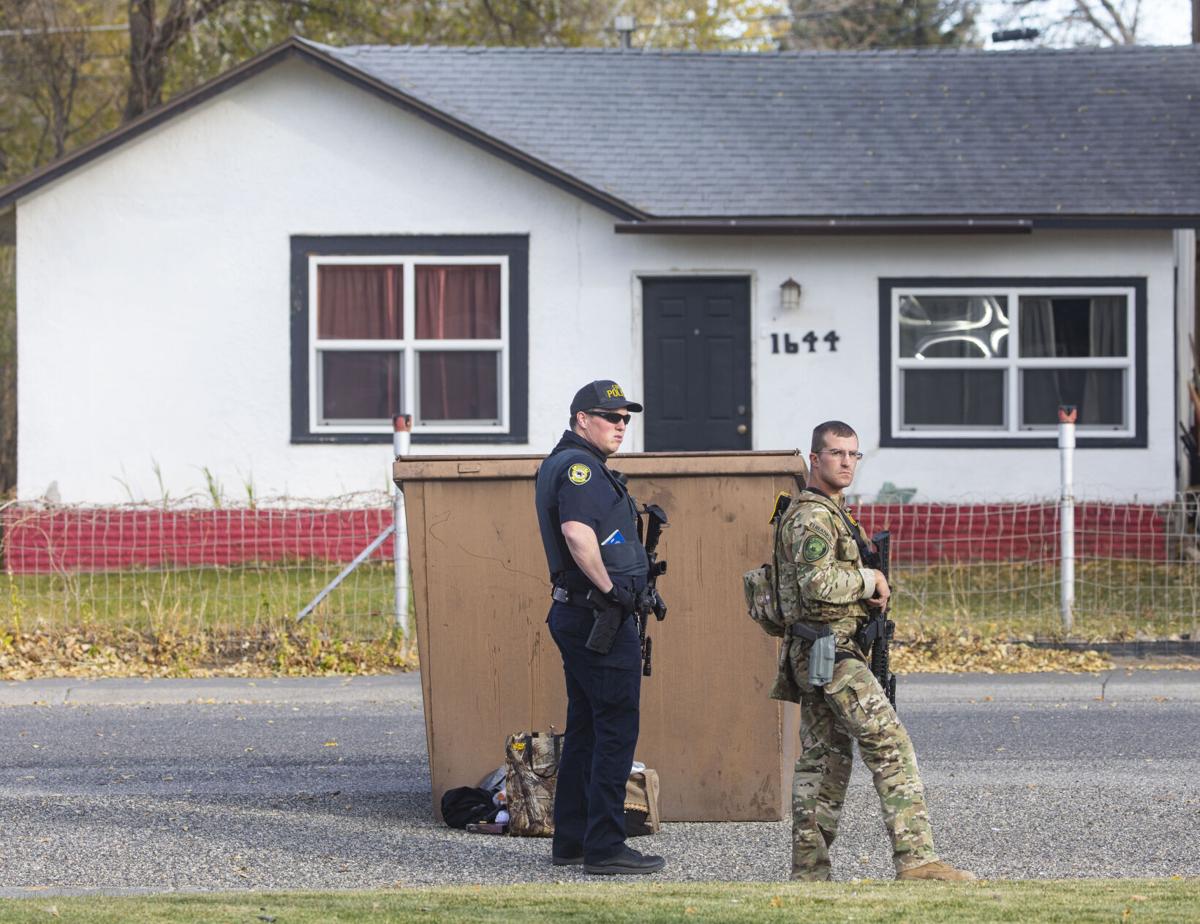 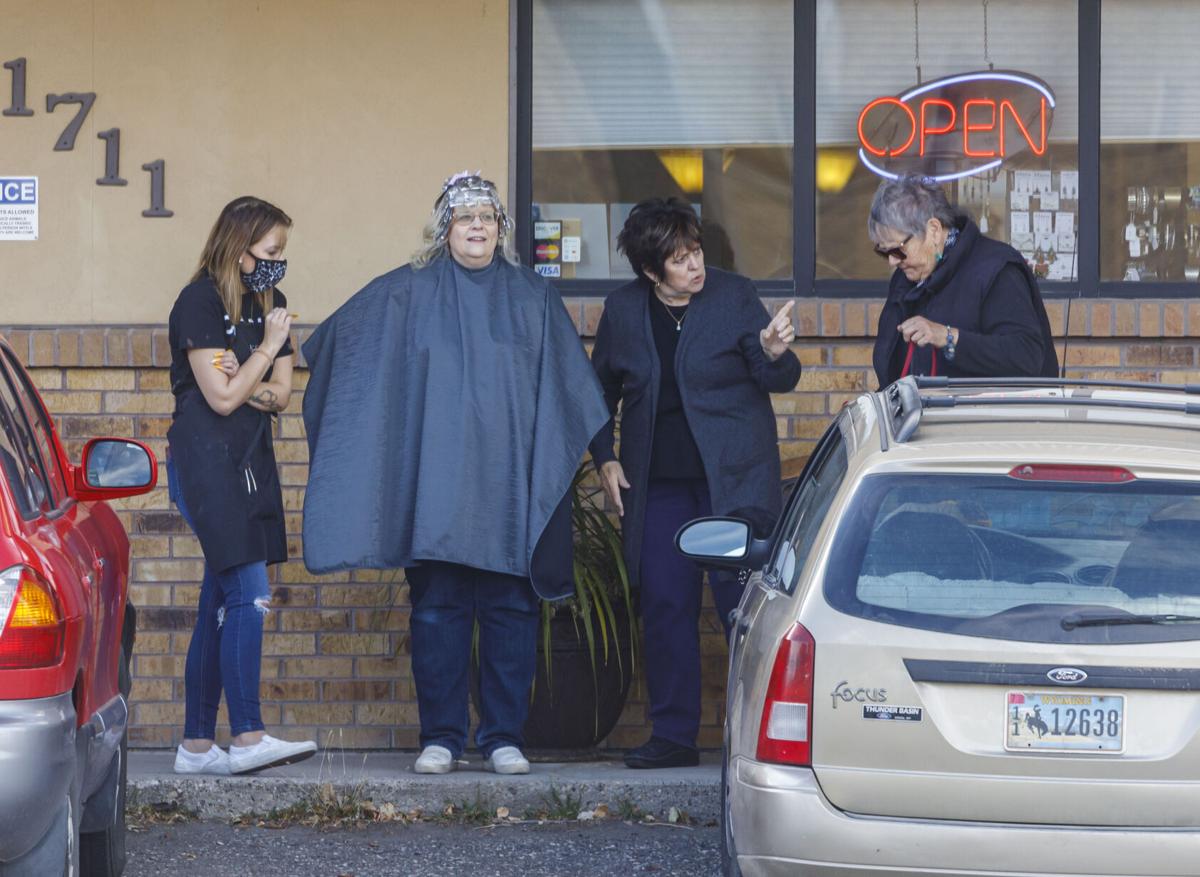 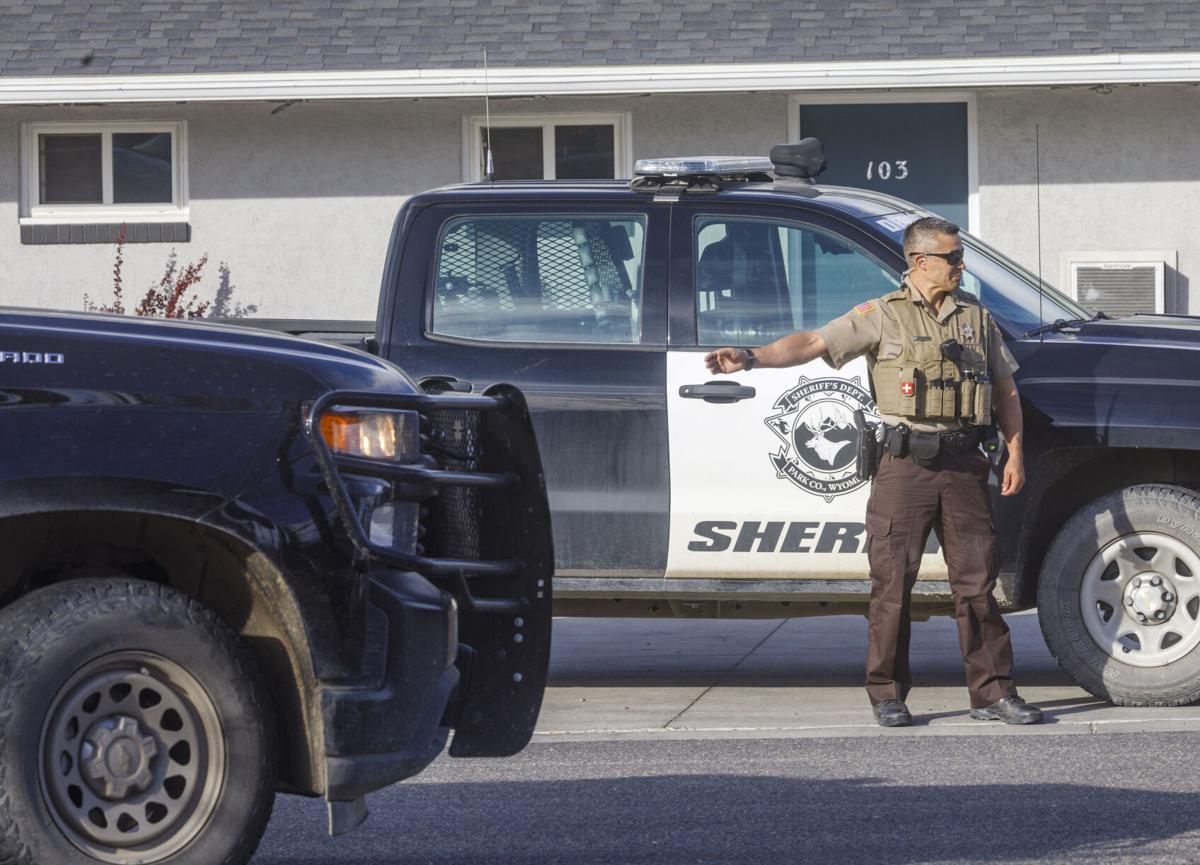 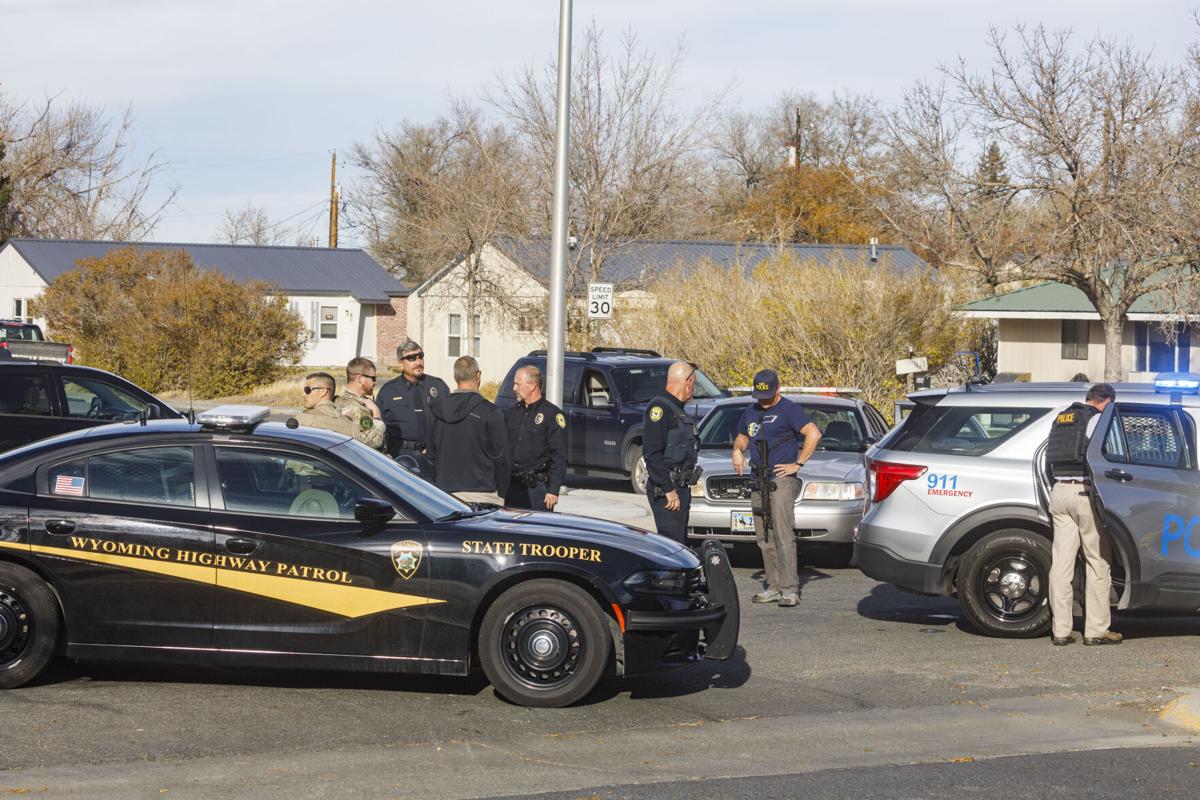 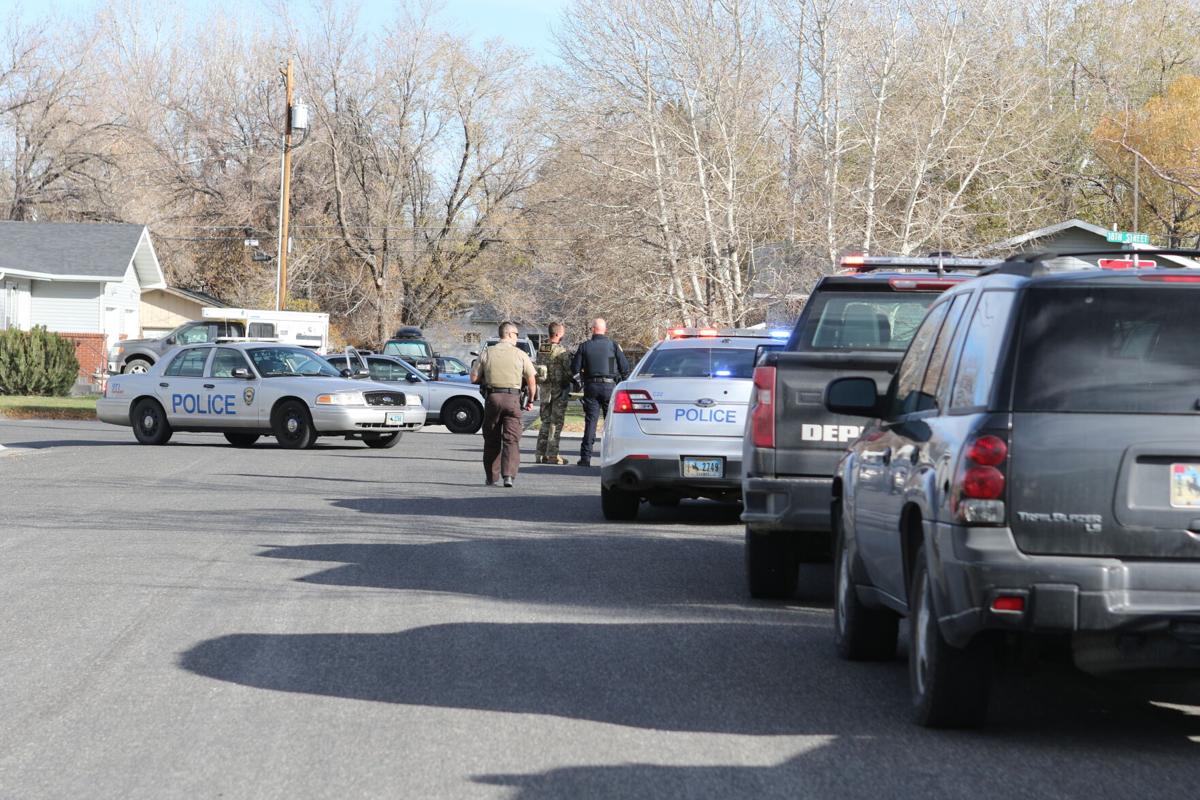 Officers responded in force to a report of a gunshot at an 18th Street apartment building Wednesday afternoon. 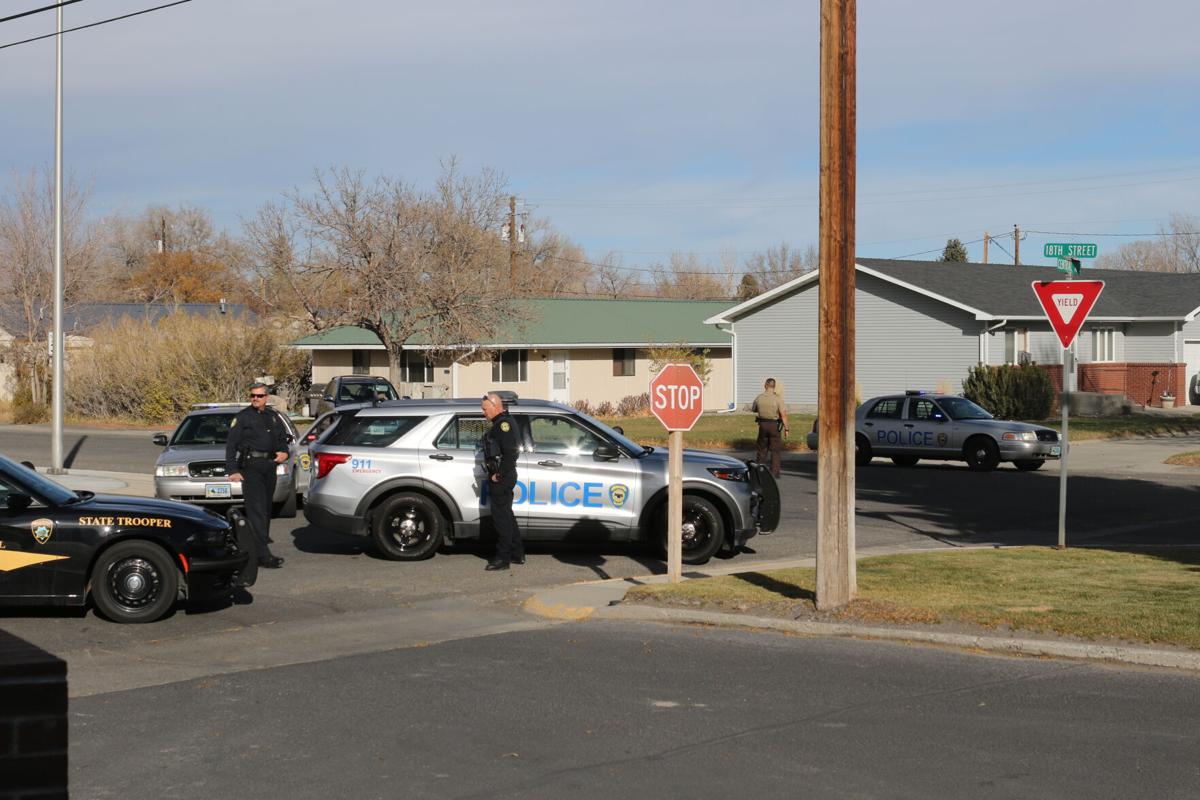 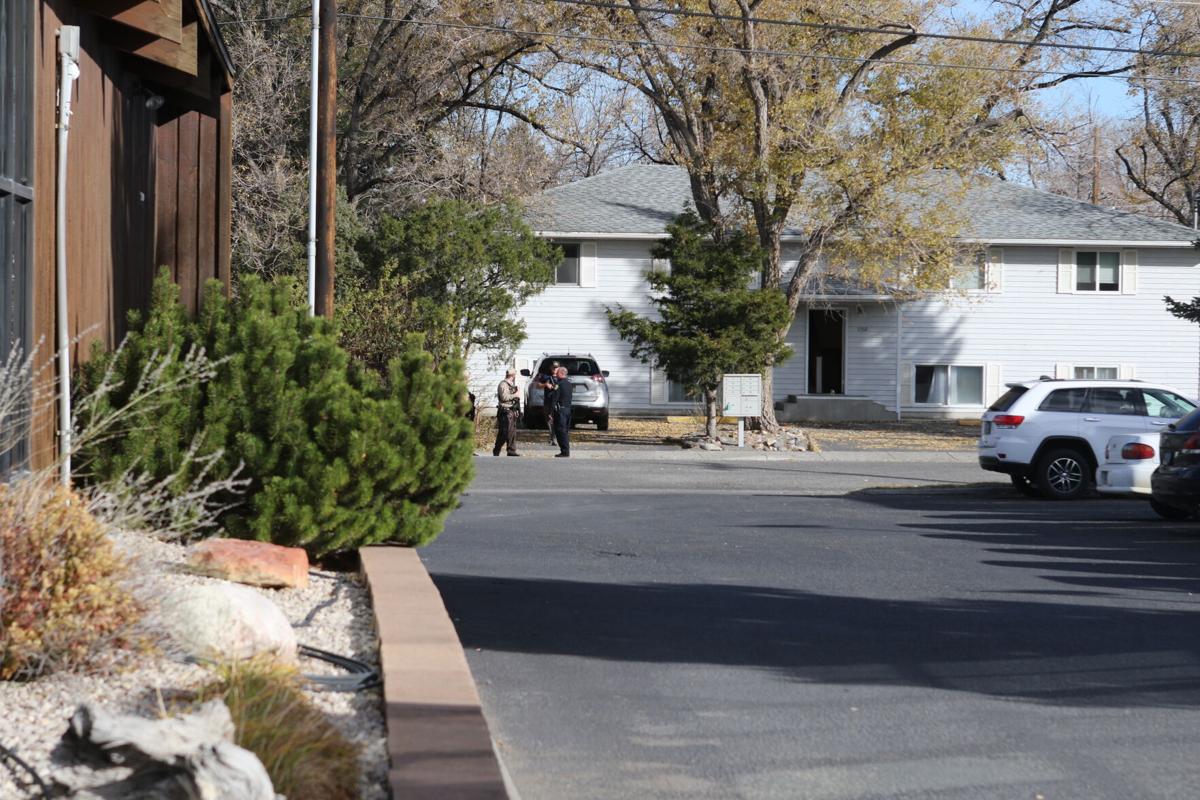 Police stand outside the apartment on 1702 18th St. where the incident took place. Cody Police received a report of a gun shot heard at the residence, a noise also verified by bystanders at Big Horn Federal bank. 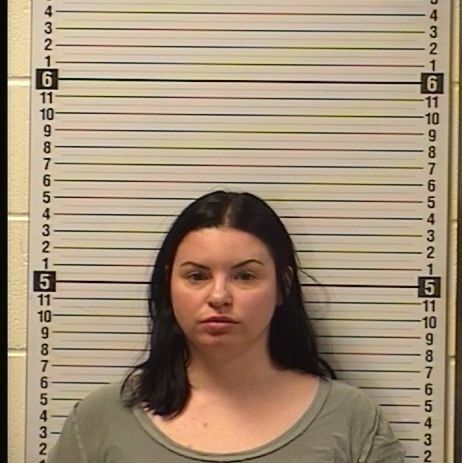 Officers responded in force to a report of a gunshot at an 18th Street apartment building Wednesday afternoon.

Police stand outside the apartment on 1702 18th St. where the incident took place. Cody Police received a report of a gun shot heard at the residence, a noise also verified by bystanders at Big Horn Federal bank.

The intended target of Carolyn Wood’s semi-automatic pistol may be up for debate, but one undisputed fact is that it was shot in a public setting in broad daylight, in the backyard of her apartment off 18th Street.

Wood, 34, is now facing four felonies for aggravated assault and battery, charges carrying a combined 35 years in prison and $35,000 in fines.

Authorities responded to the apartment at 1702 18th St. on the report of a possible domestic dispute and gunshot fired at 2:36 p.m. Wednesday. Officers surrounded the apartment and Wood was taken into custody without incident.

According to Cody Police Detective Trapp Heydenberk, Wood shot her weapon roughly in the direction of her mother Leah Renaud, but missed her by about 30-60 feet. Wood’s 13-year-old son and grandmother were also nearby when she let off the round.

During her initial hearing on Friday morning, Wood claimed she had considered placing the gun to her own head but then attempted to direct it at the ground.

“I did not take a shot at anybody,” Wood yelled, sobbing. “I wouldn’t shoot anyone.”

“She chose to bring a firearm to a dispute and take a shot at her mother,” Park County Deputy Prosecutor Jack Hatfield said. “I definitely believe she’s a serious public safety hazard.”

Hatfield said Wood has a history of documented mental health issues. A warrant had been put out for her arrest in February after she didn’t pay a ticket for an invalid driver’s license. She ended up paying the fine before authorities could arrest her.

According to Renaud, Wood became upset when her sister picked her son up from school because he was sick. The school had been unable to contact Wood.

Wood arrived at Renaud’s house, which is adjacent to Wood’s apartment, and began yelling and berating her mother and sister as they walked outside of the property. During this walk Renaud said Wood was waving the gun around and pointing at her and her son, as well as making threatening statements.

The dispute continued to escalate, leading up to the shot that was fired in Renaud’s general direction.

Wood is also facing a misdemeanor for property damage.

The area around the apartment is densely residential, with two banks and a motel located nearby.

By 3 p.m. Wood was already apprehended, but police and deputies were still clearing the neighborhood. Before and after the arrest, numerous authorities had long rifles drawn.

By 4:15 p.m. Cody Police reported the scene had been cleared and rendered safe, according to a CPD release.

Another staff member said it sounded as if their car had been hit.

“It did not sound like a firework,” said Annmarie Maslak.

Staff at the Carter Mountain Motel said they heard nothing.

There were at least 10 deputy and police squad cars on-hand.

If she doesn't get/have a felony her sentence should require a firearm safety course at the minimum.

Jesse Holman, the police showed up to a dangerous suspect who was firing a gun, that’s pretty pathetic to say something like that from behind a computer screen.

People need to stop blaming the police for being militant and realize it’s not their fault they have to respond to an armed, violent public. You can curse them all you want but most o0f us in this town have great respect for those officers that would show up to help anyone, even you in duress.

Police for years have responded to shootings in regular uniforms. Responding to a single gunshot dressed like you are clearing the streets of Fallujah is not warranted. Dressed like recon Randy doesn’t help the “local” police be part of the community.