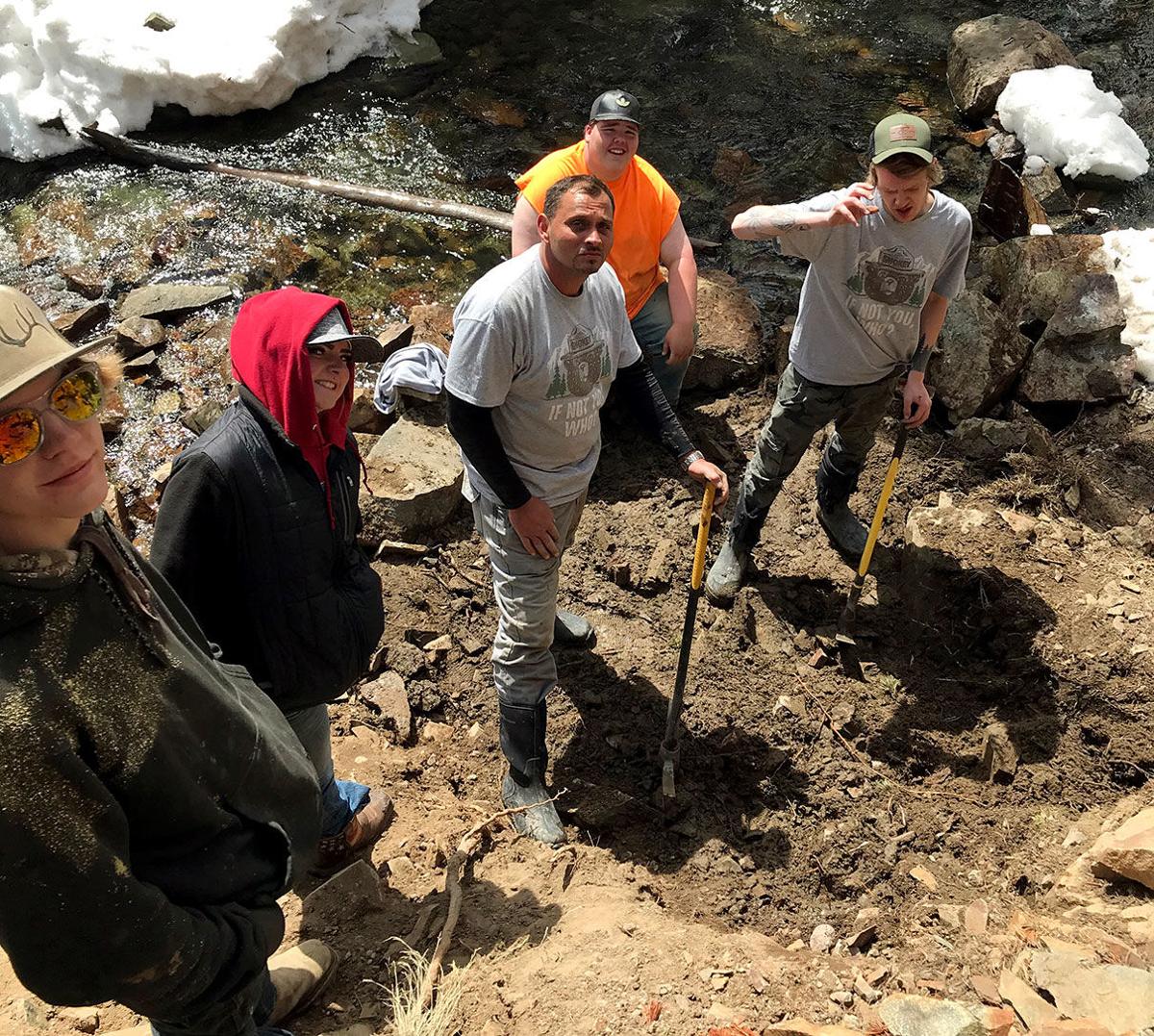 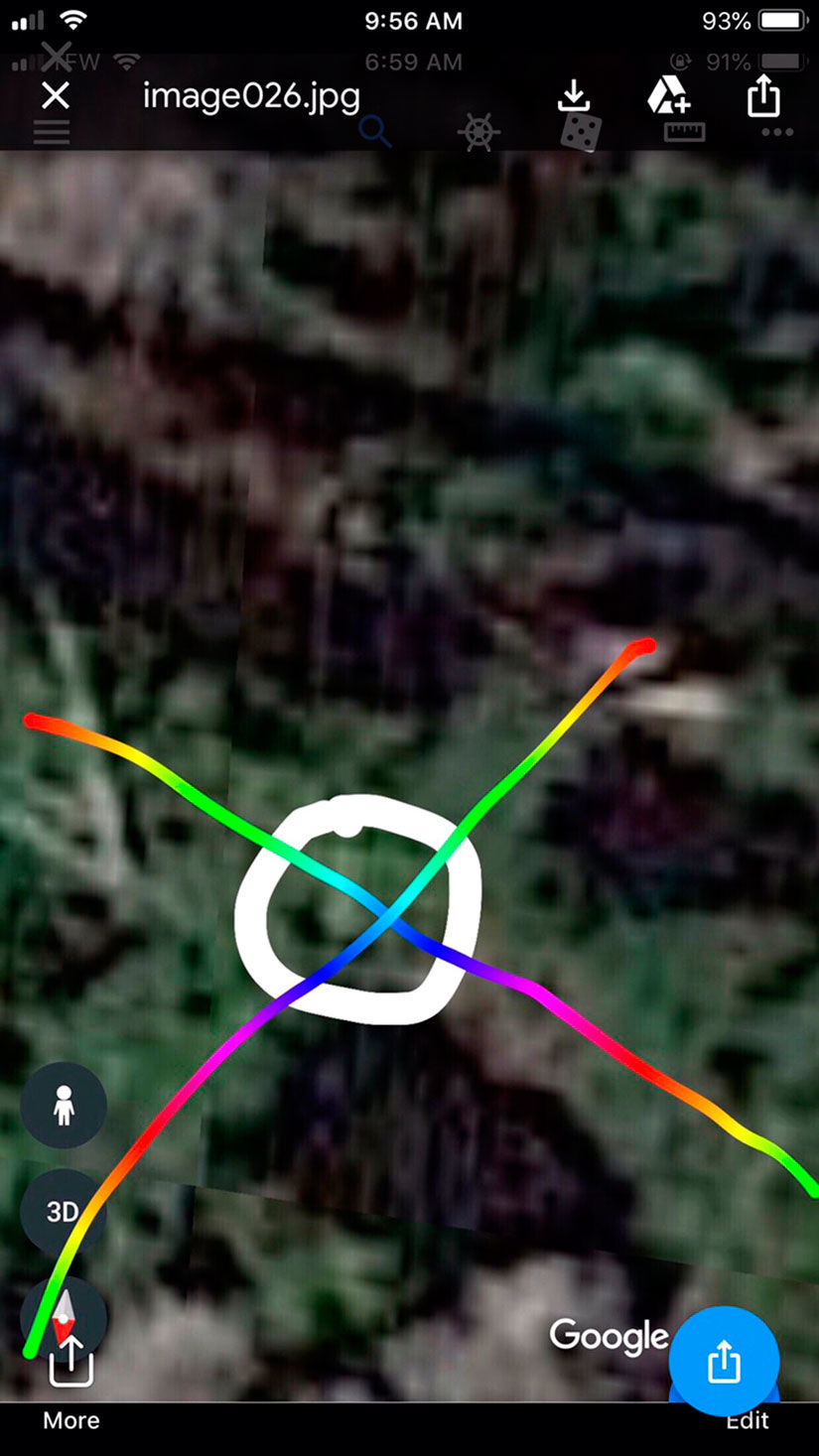 Chris Hurst marks an “X” for where he believes the treasure to be near Brown Mountain in Kirwin.

Chris Hurst marks an “X” for where he believes the treasure to be near Brown Mountain in Kirwin.

For a decade, treasure hunters around the United States have scoured the Rocky Mountains for a hidden treasure.

Forrest Fenn, an antiquities dealer, announced on June 6 the more than $1 million dollars worth of valuables he had hidden around 10 years before had been found. A number of people have looked around the region for the treasure, sometimes with dire consequences, always with no luck.

The New Mexico-based Fenn announced that an unidentified man “back East” found the treasure at an undisclosed location. Fenn said he plans to release proof, but as of press time he had failed to provide any.

A hunt in Kirwin

Piecing together clues from Fenn’s books “The Thrill of the Chase: A Memoir,” “Once Upon a While,” and “Too Far to Walk,” Cody resident Bruce Wollschlager and former residents Chris and son Christopher Hurst became convinced the treasure was near Brown Mountain in Kirwin.

“Everything lined up to a T,” Chris Hurst said.

Wollschlager bankrolled most of the endeavor to the tune of more than $16,000 for equipment and supplies.

Chris Hurst said he had been communicating with Fenn through the four years he and his son spent looking for the treasure, blasting tannerite and moving boulders.

“That’s what kept me going, him responding back,” Wollschlager said.

Chris Hurst said Fenn gave him confirmation through text message when the crew locked down a 12x12 foot “blueprint”area they believed the treasure to be, and sent photos to him.

“He said, ‘play it safe Chris, don’t be out there in the wintertime,’” Chris Hurst said.

Other verified clues existed in the area as well, and about a dozen other people were seen searching there, Wollschlager said.

But he said the next day Fenn announced the treasure had been found, and then stopped all communications with them.

“The day after we sent photos, then he stopped talking,” Wollschlager said.

Clues to the puzzle

Chris Hurst said, by running a Lewis and Clark seven-letter deciphered clue through one of Fenn’s poems, they revealed bearings known as azimuths, which then showed coordinates, to which then revealed a natural “X” on Google Earth, that matches the location of a 1910 abstract oil painting that was published in one of Fenn’s blogs.

Chris Hurst said other clues Fenn provided verified they had locked down the location.

“When we showed him that he said, ‘what do you want from me?’” Hurst recounted.

It was a windy, chilly, snowy January day when David Christensen decided to make the trip from the Hoosier State to take a leap of faith into the Grand Canyon of the Yellowstone River, rappelling down the side of the ravine in search of treasure.

Fenn left a cryptic poem in a memoir a decade ago that led Christensen to America’s first national park in search of a $2 million treasure chest.

The 800-foot deep canyon proved too much for the inexperienced mountaineer and an affidavit shows that a search and rescue team had to be called in to get Christensen to safety.

“You might call me a lunatic, whatever, but I feel wholeheartedly I solved that Fenn treasure thing,” Christensen told Judge Mark Carman.

Carman did not seem interested in this explanation, saying Christensen was “highly reckless” before sentencing the Indiana native.

The summer solstice was only a few weeks away when Jeff Murphy fell 500 feet to his death in Yellowstone.

The Illinoisan thought he had figured out how to become a millionaire in an instant. His wife called to report him missing when he didn’t return home. On June 9, 2017, authorities found his body.

To Fenn’s treasure we go

A broken ankle didn’t stop Madilina Taylor’s search for the lost gold of Forrest Fenn. On three separate occasions, she ventured into the wilderness near Wapiti to continue the search. Twice, she and boyfriend Frank Rose Jr., were found by search and rescue teams.

In 2016, she decided she “had had enough” after grizzly bears got too cozy with the treasure hunter. It’s not clear if Rose made the trek from Virginia on Taylor’s third trip in three years. Taylor said she never intends to return.

Wollschlager and the Hursts said they think the treasure was never placed at all. Chris Hurst said for Fenn it was about history, learning about Lewis and Clark, early 20th century mining claims and navigational modes.

“What a ride,” Chris Hurst said. “What really blew mind was, it wasn’t there.

“It got something special working for us.”

Chris Hurst said they have already re-written history by going as far as they did with the hunt.

But to a certain extent he said he also feels cheated by the man he describes as a “genius,” and is considering legal action for the treasure he does think they’ve earned.

“We should’ve had that money by now,” Chris Hurst said.“There was eight lives lost at this.”

Others have filed lawsuits in New Mexico, Colorado and Arizona.

Fenn has been quiet since announcing the treasure had been found, but did publish a photo of the treasure chest.

“It could’ve been in his backyard the whole time,” Wollschlager said. “He could at least state where they found it.”

The chest photo also did little to convince Chris Hurst.

“I think it was in Chase Bank the whole time,” he said.

Solving a riddle is one thing, but being the first to unearth it, is another..

The person from back east whom supposedly found it should be the one to announce himself and with proof. Then again, I can understand his privacy. So many things can happen to a person that just inherited such treasure, both good and bad. I often wonder, "hmm, was it all real...

I have had a THRILL searching for the treasure and exploring some of the Rocky Mountains natural hidden treasures...I just want to say Thank you to Forrest Fenn for creating the adventure and putting a spark of optimism in our lives.. I met some truly lovely people along the way and plan to continue exploring the area with as much enthusiasm...I promise I will never forget you Forrest Fenn. God bless you and God bless America

I have to wonder if the families of the 8 who died and the search & rescue departments from New Mexico to Montana would agree that it was so thrilling. I believe it was foolhardy and enticed greedy people to attempt things they were not prepared for. And I believe Mr. Fenn should be responsible for all the S&R costs. These people in most states are volunteers and often use their own sleds & aircraft in the searches.