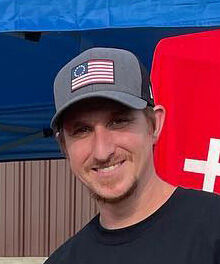 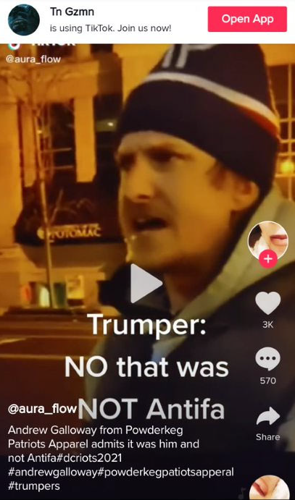 Andrew Galloway in a TikTok video. 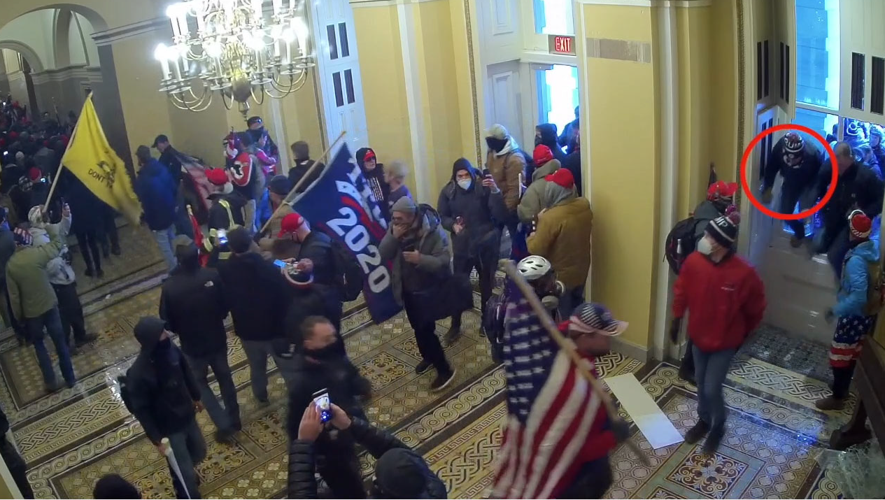 Andrew Galloway in a TikTok video.

A man with Cody ties has been charged in U.S. District Court for his role in the Jan. 6, 2021, Capitol riots.

According to the filing affidavit, Andrew Galloway was interviewed by FBI agents at his home outside of Cody at some point in the past year. Galloway is the listed agent for a Wyoming limited liability company Powderkeg Patriots Apparel, with an associated address in the South Fork. According to the Park County Assessor's Office, Galloway sold this Mountain Court property on June 14. He was a resident at the time of the Capitol riot and had purchased the property in January 2020.

Powderkeg Patriots was renewed as a Wyoming LLC in November, after Galloway had moved away to his current residency of Tennessee.

On Wednesday, Powderkeg Patriots made a post on Facebook that said, "Due to unforeseen circumstances, we are temporarily closed."

According to court documents outlining his bond conditions, Galloway is not allowed to leave Middle Tennessee where he currently resides, without giving notice to the court.

Galloway is charged in the United States District Court for the District of Columbia with entering and remaining in a restricted building or grounds, disorderly and disruptive conduct in a restricted building or grounds, disorderly conduct in a capitol building and parading, demonstrating, or picketing in a capitol building. He was arrested by federal agents in Nashville, Tenn. on Jan. 11. The case was originally filed in the U.S. District Court for Middle Tennessee and was investigated by Tennessee FBI. In that court on Jan. 11, Galloway reported he suffers from mental health symptoms that require treatment. It was ordered in his release conditions that he be allowed to participate in a mental health treatment program.

Galloway was first identified in a since-deleted TikTok video that was re-posted on YouTube, in which he is quoted as saying, “Yeah, that was us today; no that wasn’t Antifa.” In this video Galloway is seen wearing a hat with “TRUMP” written in white letters and a vest. Galloway told agents this was him in the video, but said he only approached the Capitol and did not enter.

Surveillance footage showed Galloway wearing the same attire as he wore in the TikTok video and entering the Capitol around 2:24 p.m. through a breached window near an entrance known as the Senate Winged Door. This was nearly an hour after protesters overcame Capitol Police and about 20 minutes after they broke windows and into doors to gain entry into the building. Galloway was seen walking through the Crypt, a vaulted space beneath the Capitol Rotunda, and about 10 minutes later he was seen exiting through the same window.

If found guilty on all charges, Galloway could receive up to 21 years in prison.

According to Time Magazine, more than 725 people have been arrested, but only 71 have received criminal sentences. A total of 31 were sentenced to periods of incarceration, with the median prison sentence 45 days.

The case was filed against Galloway on Jan. 4.

Galloway was released on a personal recognizance bond in the federal court of the District of Columbia after his initial hearing before U.S. Magistrate Judge Michael Harvey, a President Barack Obama appointee, on Thursday. He is scheduled for a status hearing on Feb. 22.

Martin Kimmet, president of the Park County Republican Party, said he had no knowledge of Galloway ever attending a party meeting.

"Nobody wants to find out more what happened on Jan. 6 than myself," Kimmet said. "I hope they find out."

I thought for a moment there he might been some innocent leftist who burned a couple police cars in Minneapolis or looted a store in Chicago.

Nope, instead you get an idiot trying to prevent a lawful election.