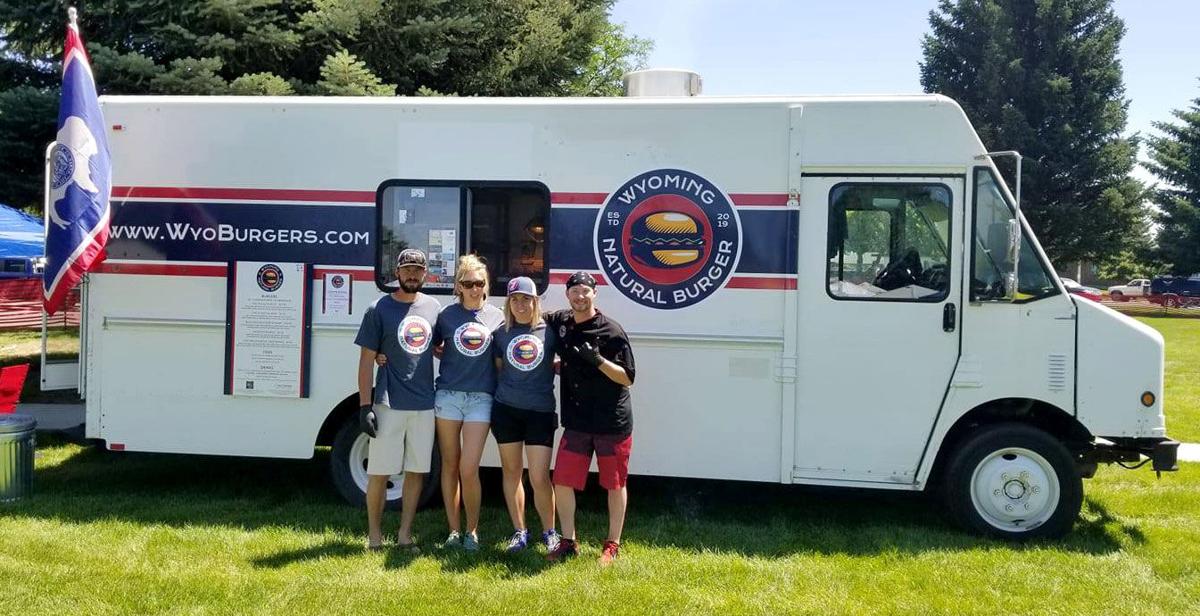 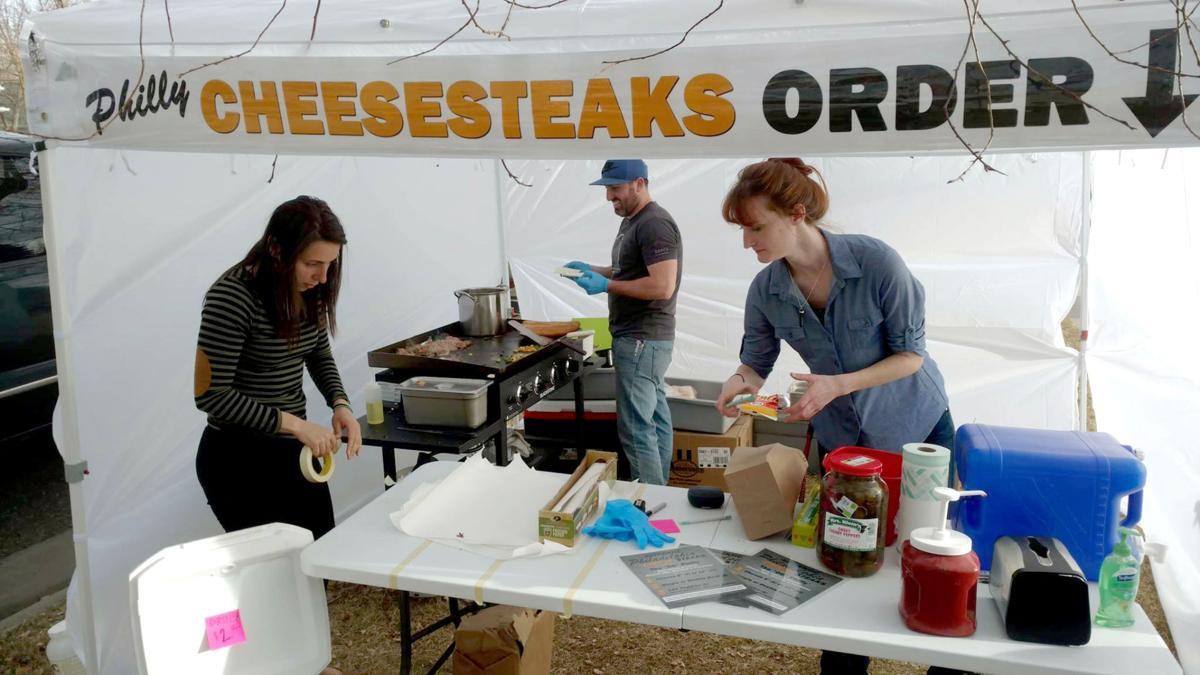 Marc Delquadro (center) was a mainstay at the Cody Farmer’s Market this summer. 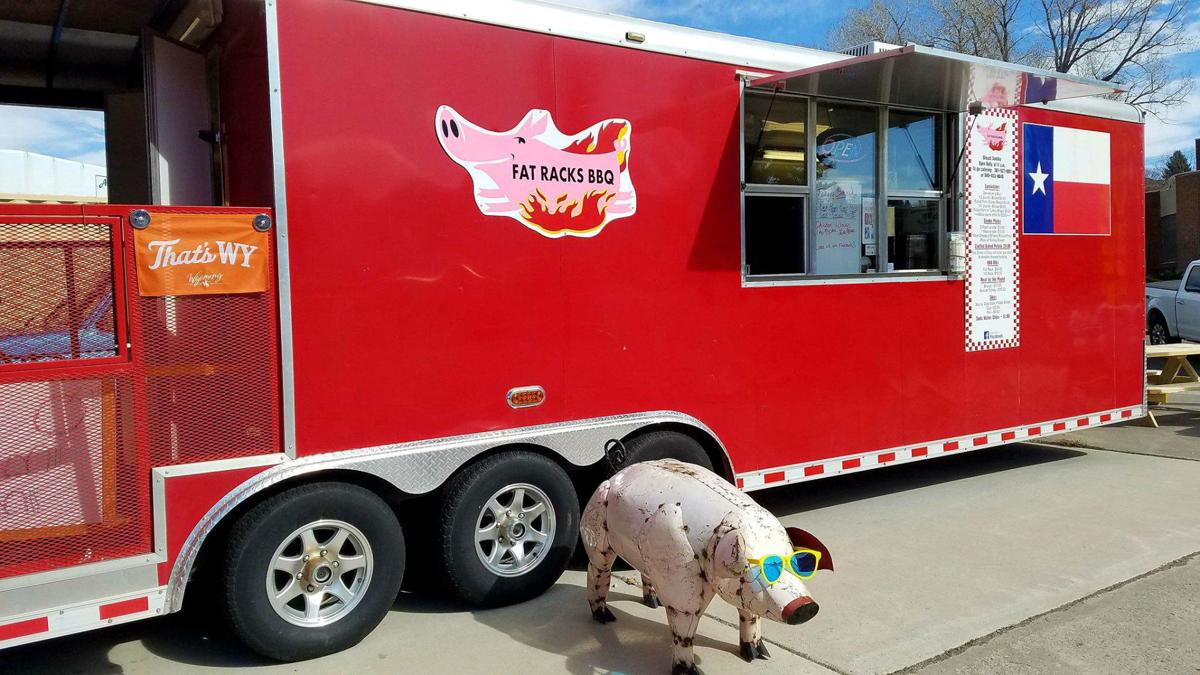 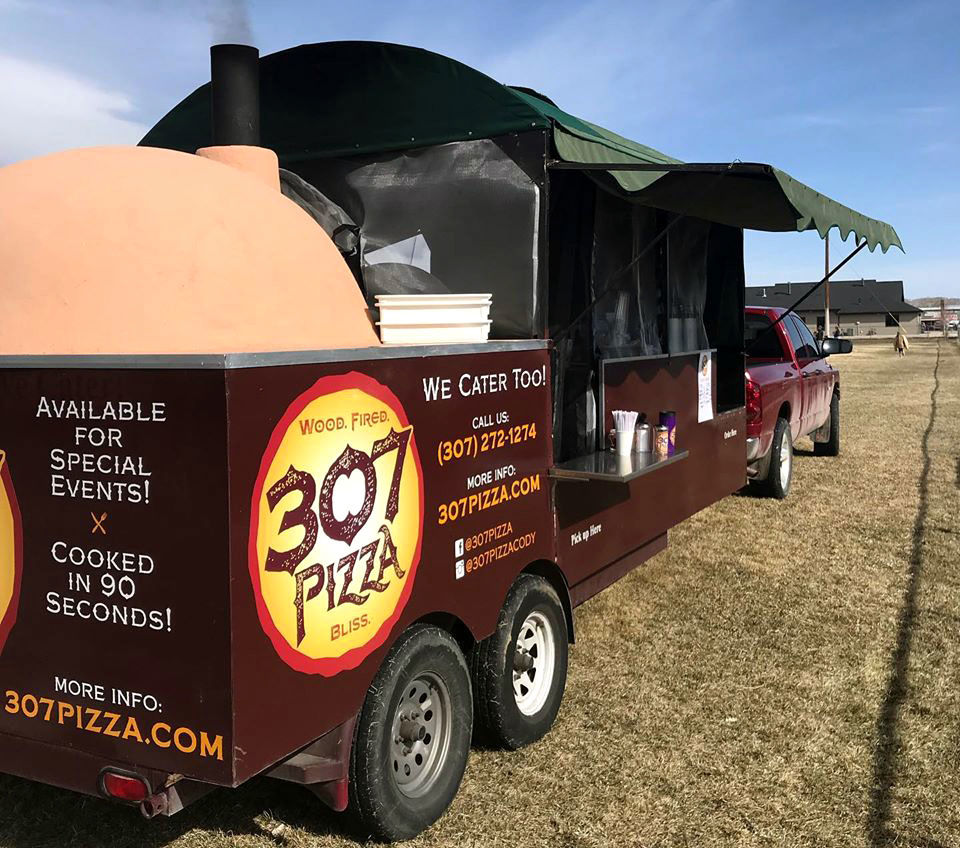 Liz Campbell is the owner of 307 Pizza.

Marc Delquadro (center) was a mainstay at the Cody Farmer’s Market this summer.

Liz Campbell is the owner of 307 Pizza.

Outdoor food vendors and those selling food from trucks and mobile units have become a growing phenomenon in Cody in recent years, with almost twice as many out-of-town vendors last summer compared to 2017. In total, about 9-10 businesses regularly operated around Cody last summer.

“I welcome more,” said Liz Campbell, owner of the truck 307 Pizza. “I don’t think we’re saturated by any means at this point.”

The City of Cody has no regulations on local food trucks and outdoor vendors besides the requirement they must gain permission from the private property owners of where they set up shop, unless operating during an event. Out-of-county vendors must obtain a $300 transient merchant license before operating, but beyond that are subject to the same rules and required approval from the state health inspector that a regular restaurant would incur.

The City of Powell has stricter regulations for food trucks with a $35 90-day license or $140 annual license, and background check required upon all participants.

Some food truck owners would like more public spaces available to use to further the development of a food truck culture in the region.

“I’d like to see it ease up quite a bit,” Jake Scott, owner of Laughing Pig catering, said of the local regulations as a whole. “There’s a great need for food to be here. It’s difficult. I’d like to see a little bit more participation from the city.

Rules are a bit stricter in Cody for those selling during special events as they must acquire a $25 temporary permit. This does not include the farmer’s market, which takes place on county property on Thursdays and thus is not required to have any special permitting for vendors there.

In Powell there is no license required during special events.

For many business owners, mobile food units afford a low barrier to entry and overhead expenses that fall far below the demands of running a brick and mortar establishment. There is no rent or mortgage, and typically only few if any other employees that need to be hired.

“I want to test this product and see if the market likes it,” Marc Delquadro said. “It kind of sets me up for the next step.”

In Cody, making it through the summer tourist season is generally no issue for restaurants. What can prove the ultimate death knell is the long, dark winters, where it often costs a business more money to open its doors on a typical evening than to cater to the lifeless foot traffic.

“You have to look into a different way of reaching people,” Scott said. “The people that are running these could actually be in a restaurant (but) it’s just not affordable.”

Delquadro is the owner of Fresh Prince of Steaks, his form of side-income in addition to his construction fastening company. He spent last summer and spring dishing up Philadelphia-style cheese steaks at the Cody Farmer’s Market, Concerts in the Park and regional fairs. He operated three days a week.

“If you can bring a new product that people like and is good, that’s something the community wants,” Delquadro said.

After a huge public response when he first premiered, Delquadro was skeptical he would be able to keep up his momentum through the summer.

“It took probably a good month or so for me to actually be like, ‘OK I actually got something here,’” he said. “That’s kind of what this summer has been, testing my product.”

Not only does a successful summer give Delquadro a form of income, but it also justifies that he continues to invest in his business, and gives a quantifiable track record for future business loans.

On the Hook Fish and Chips based out of Laramie, has been the ultimate model of food truck success in Wyoming. After starting in 2016 that operation now boasts a fleet of trucks that service eight states in the West and Midwest year-round.

Delquadro was a co-owner of a restaurant in San Diego. After moving to Cody a few years ago, he decided he wanted to make a little extra money on the side.

Although he utilizes a truck to haul his grill, Delquadro sets up a tent and table to sell his products.

Since 2015, his food truck business has operated at the corner of 12th and Beck.

Mitchell said that summer Hawg Heaven was the only other food truck business in Cody.

Mitchell operates his business from spring to late fall, only encumbered by temperatures that make it difficult to use water without it freezing.

“That’s the only reason I shut down,” Mitchell said. “If it wasn’t for that I’d stay open.”

Mitchell said he has seen his business grow each year since starting.

Glen Troyer reentered the food truck ring this past summer after first giving it a try in 2016. His business, Wyoming Natural Burger, is the only Park County-based mobile food unit currently operating throughout the winter on a regular basis.

Although Troyer regularly set up on the 17th Street hill over the summer, he said he has had much more success setting up in a vagabond-like manner, travelling from business to business. Last week alone he planned to set up in Cody, Powell and Lovell.

“This is a lot better,” Troyer said.

Troyer, Delquadro and Mitchell said they would like to operate their businesses out of a brick and mortar establishment if the right opportunity presented itself.

“With a truck you’re limited on your menu just because of efficiency,” Delquadro said, “but when you’re in a restaurant that really opens up.”

For Delquadro, he’ll get a substitute opportunity before that happens, hired as the head chef at Sleeping Giant Ski Area this winter. He said his menu will stay the same, along with new additions like homemade pizza and a more all-encompassing east coast eatery style.

“It’s a great way to continue the product and see what the next step is,” Delquadro said, “whether it’s a (food) truck, whether it’s a brick and mortar.”

Liz Campbell, owner of 307 Pizza, has more of a casual approach to her food trailer business. For her, it’s a form of side income she is happy to keep just the way it is.

“For me it’s four months of the year, it’s for fun,” Campbell said.

She said she gives about 20% of her net profits to local charitable organizations.

Scott plans to enter the food truck ring next summer after purchasing an Airstream vehicle recently in Texas. He said he would like to operate “pop-up” dinners and Latin American breakfasts.

Scott was planning on running a food truck last year but had some complications with the health inspector that delayed his operations.

Using a food truck can have hygiene benefits as well.

“I’m in a lot smaller space, but I can keep my space really clean,” Mitchell said. “There’s only usually one person touching your food.”

Mitchell and Troyer would like the city to construct a food truck district or property in the future.

Mitchell said he welcomes competition as it encourages more of the public to embrace the food truck outdoor vendor industry.