A view of the sun setting behind a hill from Geyser Basin. 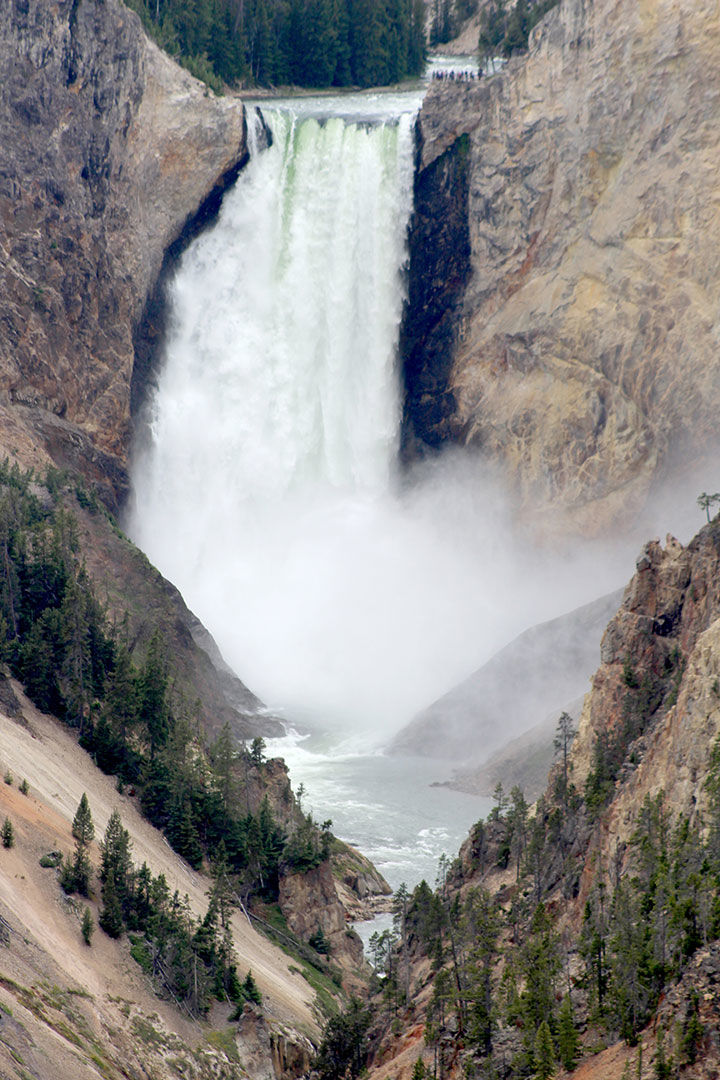 The waterfall at the Grand Canyon of the Yellowstone. 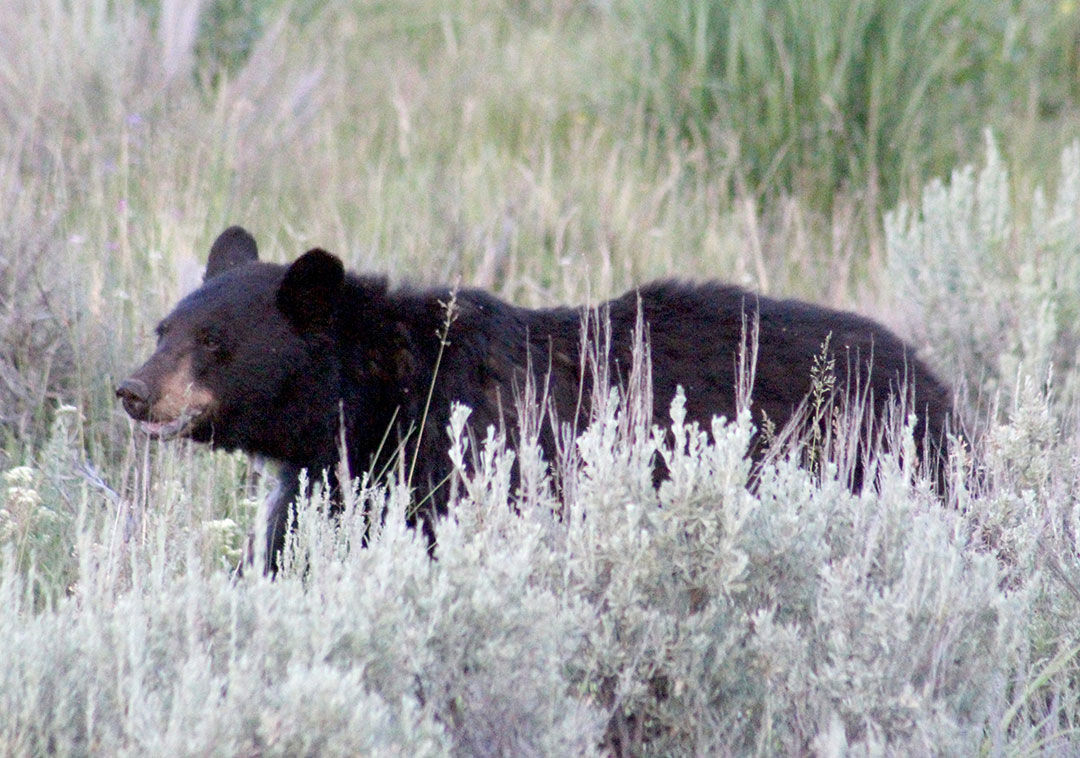 A black bear weaves through the grass recently near Tower in Yellowstone National Park. 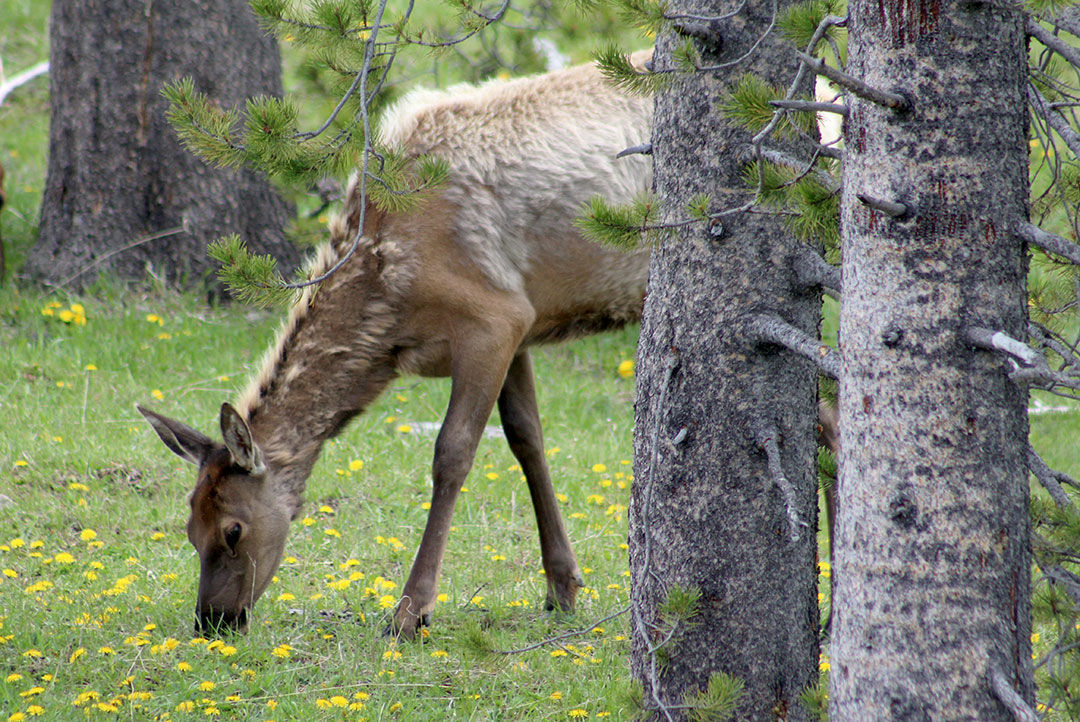 An elk grazes in a meadow near Mammoth. 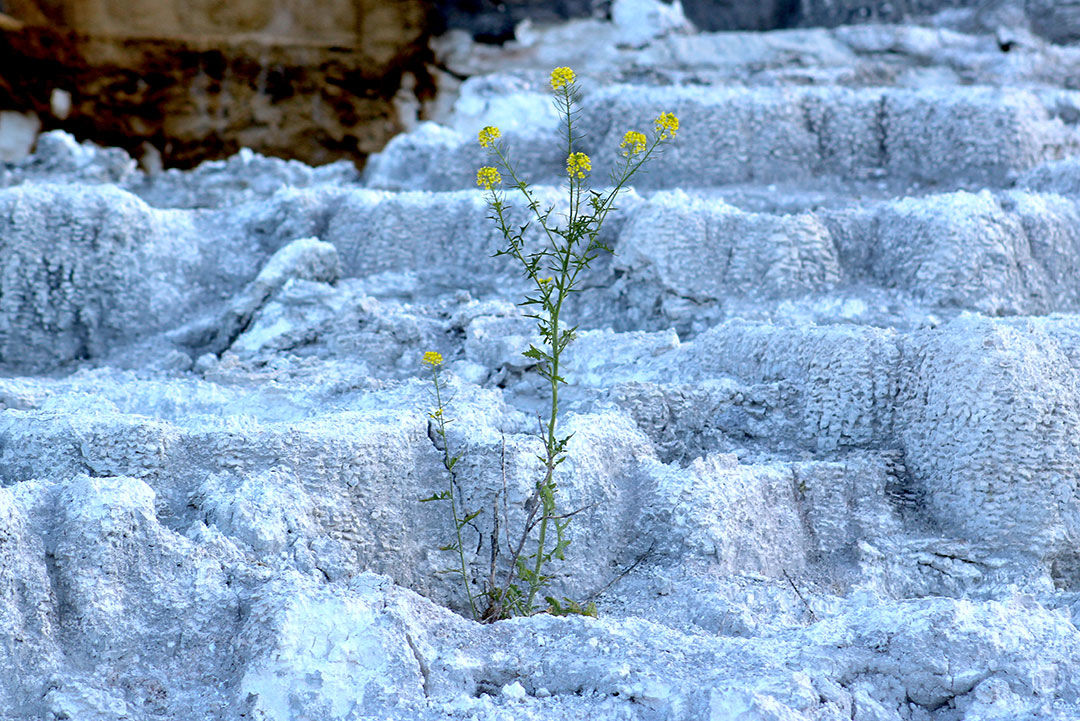 A flower rises from the terraces at Mammoth Hot Springs.

A view of the sun setting behind a hill from Geyser Basin.

The waterfall at the Grand Canyon of the Yellowstone.

A black bear weaves through the grass recently near Tower in Yellowstone National Park.

An elk grazes in a meadow near Mammoth.

A flower rises from the terraces at Mammoth Hot Springs.

While the waterfalls, geysers and rivers will always be present, every driver takes a gambler’s chance on every visit regarding what wildlife may make itself available for viewing.

Three times this summer season I have had grizzly encounters of the photographic kind rating up there with my best-ever sightings over a several-year period.

Twice, grizzlies have disappeared into trees only to reemerge to cross the Park road right in front of me, as if by special invitation.

Those bears, one with two cubs, stopped traffic in both directions giving me a front-row seat.

Some other Park visitors this summer questioned just how lucky they were when bears invaded campgrounds and backcountry personal camp sites. The Park Service was contacted about several such incidents and reissued standard warnings to stay 100 yards away from bears at all times and to carefully store food and other “scented items.”

While I may have experienced good fortune for good pictures while seated in my car, the woman whose thigh was bitten into by a black bear through the tent fabric and her sleeping bag may have had a different outlook on her meeting.

Park Service personnel subsequently filmed the bear destroying a decoy tent, proving it was not a Teddy bear and then killed it in June before it engaged in a more serious incident.

Another black bear met its early demise at the hands of Park Service employees when people left 10 pounds of human food available along the Lamar River Trail in July and the animal failed to respond to hazing.

Also in mid-July, a third black bear beat up tents and vehicles in search of human food at an Indian Creek Campground. The Park Service was keeping an eye out for further mischief performed by this bear, worried it may too become a casualty because of additional interaction with humans.

Yet this summer I was able to take my favorite pictures of a better-behaved, good-sized black bear, more or less minding its own business on the prowl for food in a grassy area near the junction of Tower and Roosevelt. He hung around a long time, pleasing photographers.

Back to those wolves. I still contend wolves in Yellowstone are a hoax. I heard a rumor of wolves congregating on a bison carcass.

I would have let them gnaw on my arm for such close-up photos.

Elk seem particularly plentiful this year, appearing in numbers just about everywhere I have gone. Of course, the Mammoth Hot Springs herd likes to laze on lawns there, a kind of gift for photos that provide variety and abundance. Just as long as you aren’t reckless enough to step between a mother and offspring.

Bison generally seem like the good guys of the Park. They are blasé about most goings on, strolling wherever they please, shrugging their massive shoulders at streams of cars invading their roads – until someone gets too close and irritates them.

The 9-year-old girl charged by a bison recently could have been more severely injured when she was tossed in the air like a surprised saddle bronc rider.

That situation was created not so much by the youngster, but by all of the wildlife gawkers who circled too close around the bison for better angles.

Bears will be viewed in ones and threes. Wolves will be seen mostly as blurs in the distance without the aid of the Hubble telescope. Elk can be found in groups.

The sight of bison in clusters of hundreds can be breathtaking. Especially when they are noticed all at once as you drive over a hill in the Lamar Valley.

This can take you back in time, to an era in the 1800s when they roamed over the plains in the estimated millions.

For a moment, at least we can pretend.