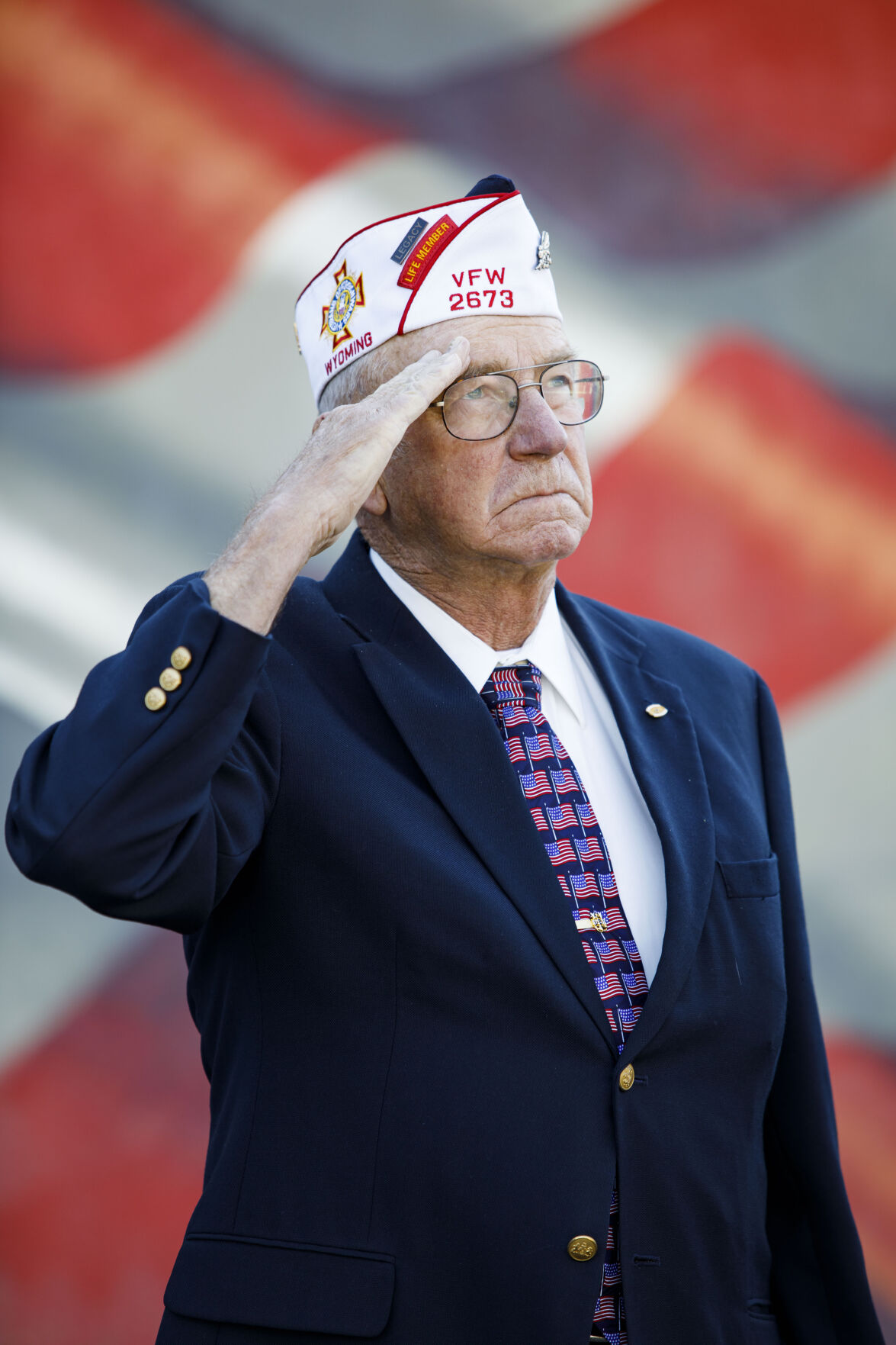 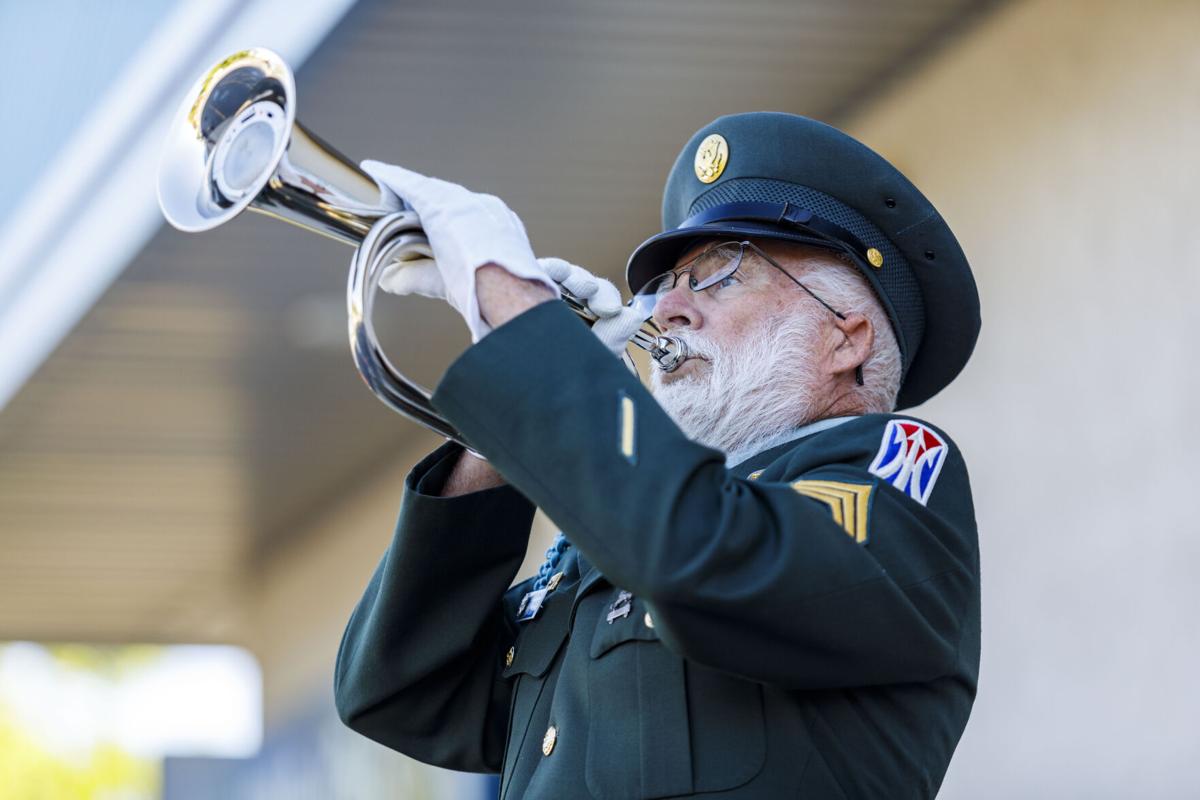 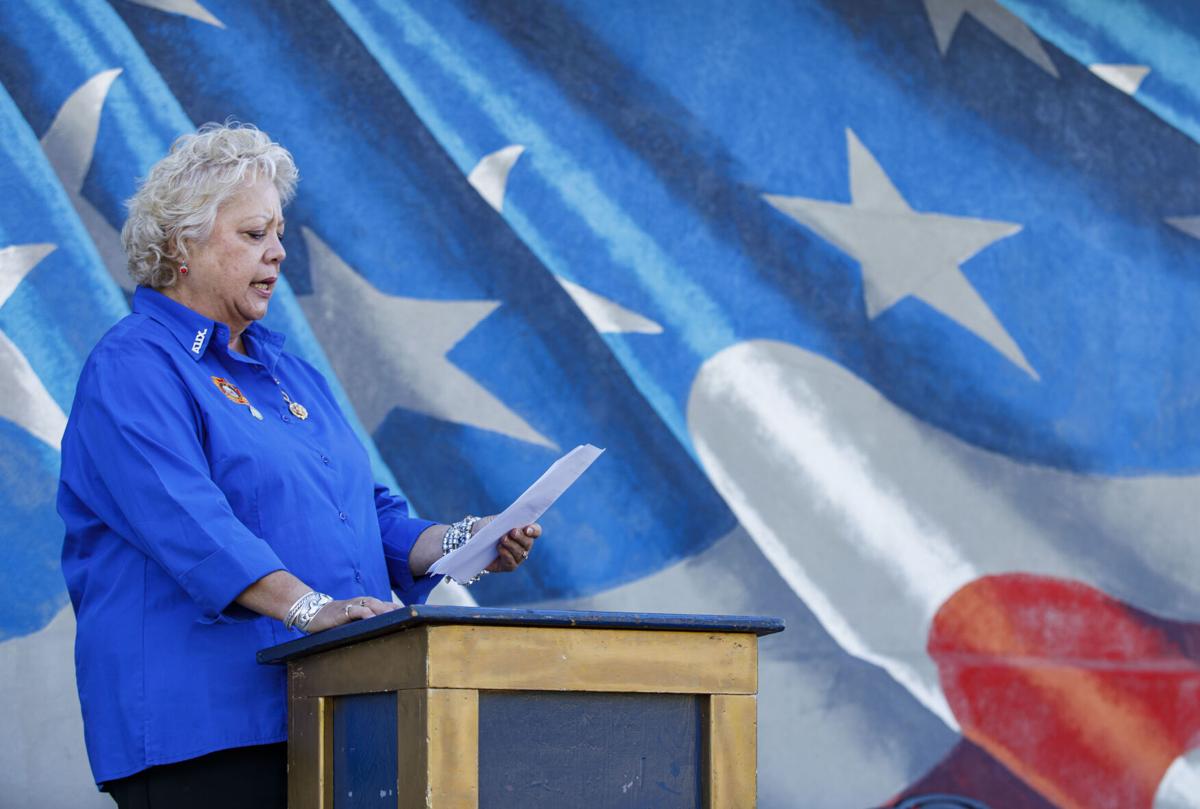 Commander Jim “Doc” Bobbitt could see the smoke from his home in Quantico, Va., just minutes after American Airlines Flight 77 crashed into the Pentagon, about 32 miles away.

“It was a bad day for America,” Bobbitt reflected.

The phrase “lest we never forget” was a common theme of the 9/11 remembrance ceremony held Friday morning at the VFW hall. It’s been 19 years since the event, but for some it still feels like yesterday.

“It was a day that began just like any other,” he said.

Baker offered a prayer for those who died that day.

A total of 2,977 Americans lost their lives when terrorists with militant group Al-Qaeda hijacked four airplanes, with two crashing into the World Trade Center towers and one into the Pentagon. Another, destined for the White House, crashed in a Pennsylvania field when passengers fought with hijackers for control of the plane. In addition, 343 firefighters and 72 law enforcement officers perished while trying to rescue victims.

“So many stepped forward without a thought of their own safety,” Bobbitt said. “God bless those innocent people and God bless America.”

Bobbitt, a former Navy man, who spent 30 years in the military before moving to Cody, was a civilian working at the Marine Corps Base in Quantico by the time the 2001 attacks occurred, but still had many friends working at the Pentagon at the time of the attack.

“I was very fortunate none of them were hurt,” he said.

He said traffic was horrendous that day from people trying to escape Washington, D.C. Little was known immediately as far as the reason behind the incidents, nor was there strong reassurance more planes would not be crashing.

Cody resident June Raleigh said she did not usually watch TV in the morning, but for some reason turned on the set that day. Her father had been born and raised in Manhattan.

Baker said the tragedy gave Americans a renewed sense of patriotism and unity.

“We boldly stood together in one of our finest hours,” he said.

If I'm not mistaken the VFW holds this event annually in remembrance of 9/11; but for certain it has held it almost every year since this attack on America. It would seem that one city official could look into such events by placing a single phone call to the VFW. Doesn't seem like it would be a lot to ask for one person out of ALL of our city officials to make calls around holidays/memorial events to see what might be happening. Maybe I'm wrong though, maybe they are just too busy?

I saw more City officials at the black lives matters BS than I did at 9:11 at the VFW crazy crazy now we know where our official stand

City officials were worried about a riot breaking out at black lives matter rally which is why they were there. And some people didn't know the VFW was having an event until it was too late. Our local officials certainly support the VFW and our veterans.