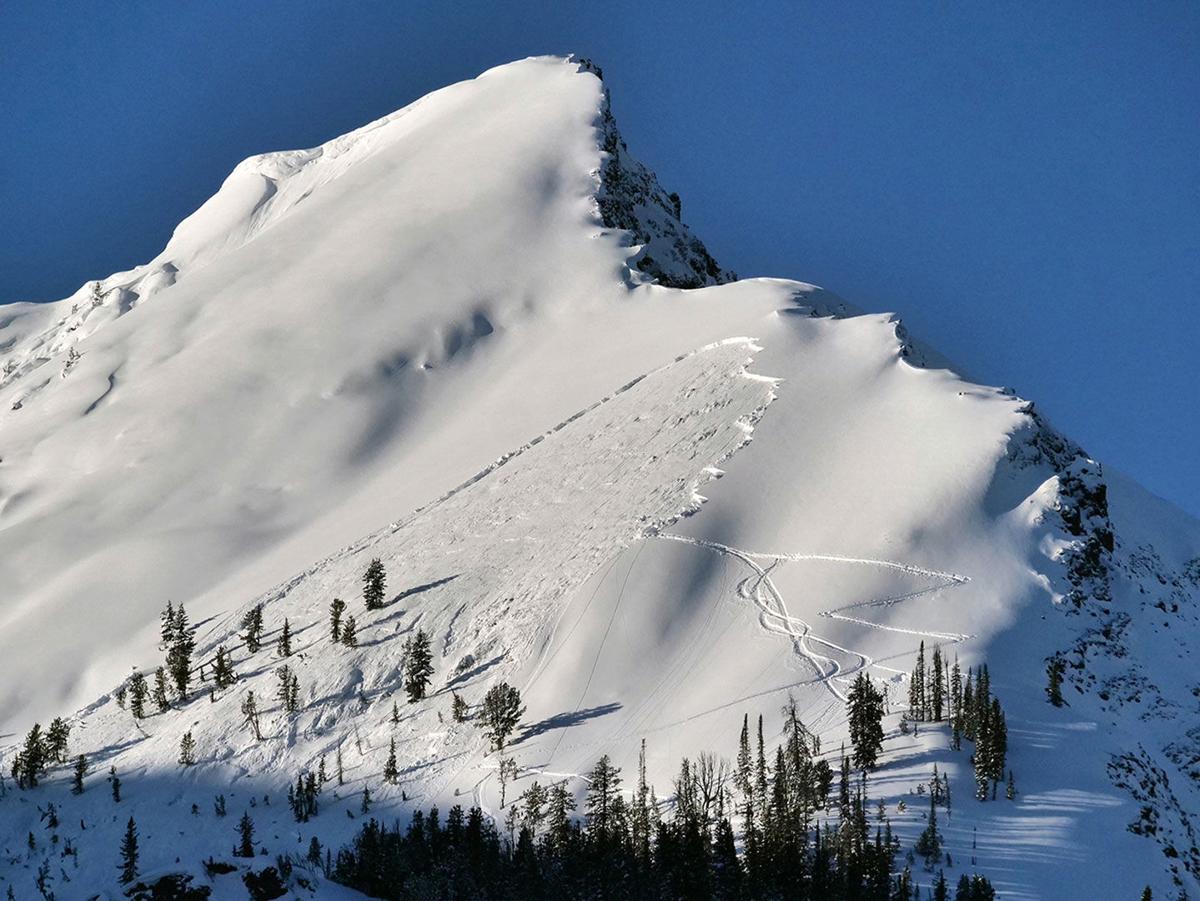 An avalanche broke from “The Fin,” a 37-degree slope on Republic Mountain outside Cooke City. Three skiers were swept away in the debris, with one suffering serious injuries. (Photo courtesy of Gallatin Avalanche Center) 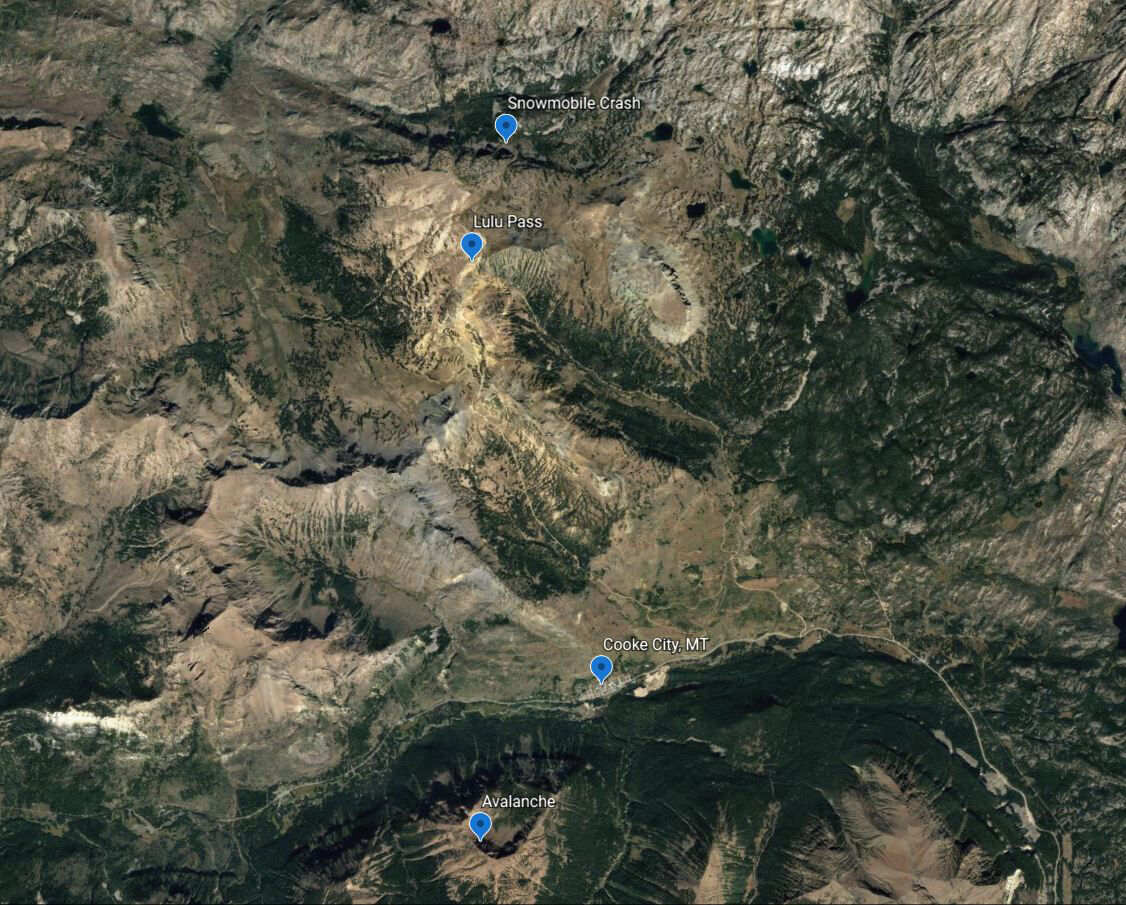 An avalanche broke from “The Fin,” a 37-degree slope on Republic Mountain outside Cooke City. Three skiers were swept away in the debris, with one suffering serious injuries. (Photo courtesy of Gallatin Avalanche Center)

Two significant Search and Rescue calls took place in the region last Friday, one of which involving a Cody resident.

Katrina Haworth, 40, was performing patrol in her duty as a U.S. Forest Service law enforcement officer northeast of Lulu Pass and Cooke City in Montana, when her snowmobile reached some extremely soft snow on a steep slope, causing the sled to lose traction and tip over, sending her tumbling 40 feet down the slope.

Park County Search and Rescue member Robert Lind, who was with Haworth during the incident, said she did not err and rather, rode where she did in order to navigate a large snow cornice.

“She is not an incompetent rider,” Lind said. “It was just a fluke thing.”

Lind rushed down to the former marine who was pinned underneath her sled and lifted it off her.

Haworth knew right away she had a serious leg injury, causing what was believed to be a complex fracture below her right knee, according to a press release.

Around the time of this accident, the two were also receiving SAR calls for a serious avalanche burial that had just taken place on Republic Mountain, near Cooke City, on the Montana side.

Haworth didn’t want to tie up resources, Lind said, and told him, “‘We’re going to do it on our own.’”

“She knows when people need help more than she does. She recognized her need of resources versus the additional events happening.”

Lind fixed a splint to her leg with a snow shovel handle, and the two went back up to the top of the slope where his sled was parked.

He said lessons he was reminded of from the experience are that when caught in an emergency in the backcountry, a rescue helicopter can’t always be called; and emergencies can strike even the most experienced.

“It quickly humbles you,” he said, reflecting on the experience. “You never know what you might need in your pack.”

From there, the two rode their sleds down individually through technical terrain for 12-13 miles, Haworth powering through her serious injury.

Park County Wyoming SAR members were waiting with an ambulance in the Pilot Creek parking lot and assisted with loading Haworth in.

She was taken to Cody Regional Hospital, and Lind said she received surgery on the leg.

The slide on 9,987-foot Republic Mountain swept off three skiers who reside in the Bozeman area. The skiers were traveling uphill on a slope known as “The Fin” when they felt the snow collapse and saw snow cracks develop.

One skier deployed his airbag and despite becoming partially buried was able to get free. All of the skiers were wearing beacons and rescue gear.

Troy Wilson, Cooke City Fire Chief and a Park County Montana SAR member, said one who was seriously injured with a punctured lung and broken ribs was airlifted out. Another was temporarily unconscious and not breathing, according to a report by the Gallatin National Forest Avalanche Center.

The rescue zone was too steep to reach by snowmobile, so two of the six SAR members that responded climbed to reach the victims. Normally, a helicopter from Bozeman would have been called but due to fog in that area Teton County SAR provided a chopper for the air rescue.

“Three counties, three Search and Rescue teams all working together resulting in a successful outcome given the severity of the incidents,” said Park County Sheriff Scott Steward in a press release. “We are lucky to have such dedicated volunteers.”

The slide and rescue operations, Wilson said, were all visible from downtown Cooke City.

“I think it made a lot of people realize the scale of the operation because so many could see what we do,” he said. “That part was pretty awesome.”