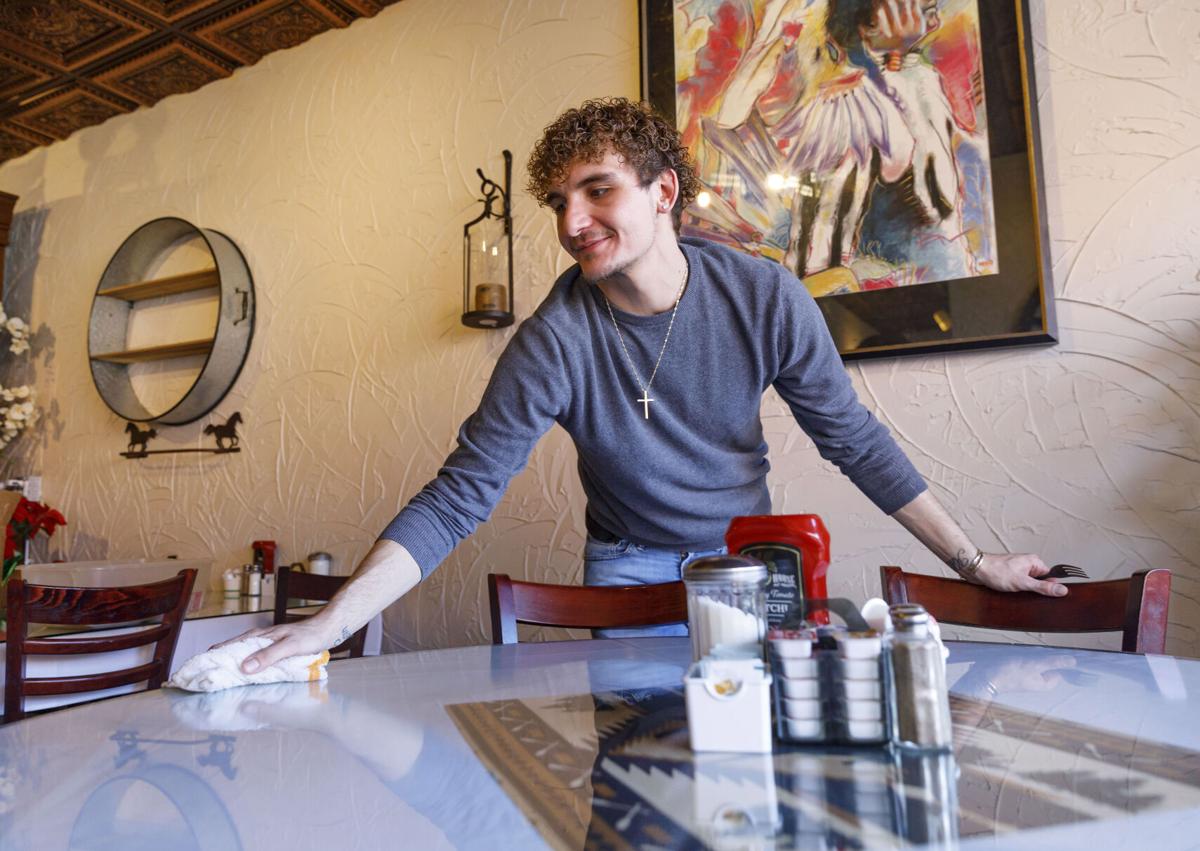 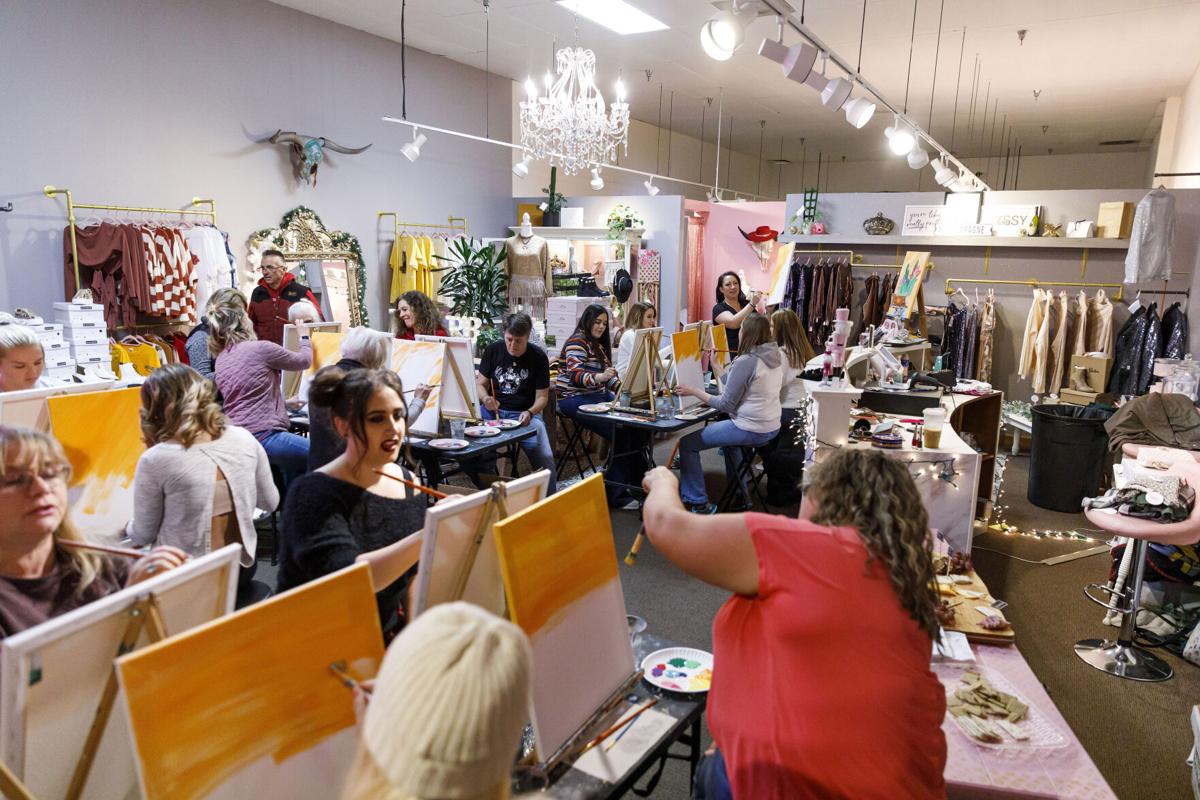 There are more than a handful of new businesses and new business owners that have set up shop in downtown Cody in the past year. To some, starting a business in the midst of a recovering economy and other COVID-19 uncertainties may seem like an intimidating task, but these individuals were confident in the opportunity they saw for themselves and the support they would receive from the Cody customer base.

“We thought it was the perfect time to start a business in Cody,” said Melissa Donald, co-owner of MTN GRL Wyoming. “Everything aligned at a perfect time.”

A number of common threads can be found stitching together six of these new owners. All said they were humbled by the support they’ve received from the local community since opening.

“It’s humbling but filled with so much joy,” Donald said.

She said MTN GRL had its soft opening last April after only three months after they’d begun planning to open. She said her staff was still unpacking and pricing items the morning of their big opening day.

Just a stone’s throw away, Pretty Buffalo Boutique opened a few months later in June. Owner Casey Blair said it was her original intention to only operate online but, when she saw her future Sheridan Avenue space open up, couldn’t resist the opportunity she thought it might bring.

“I always wanted to own a shop in Cody, it still has that small-town feel,” she said.

Blair, a first-time business owner, described her clothing store as “boujee on a budget,” providing items people would be unlikely to see at any other Cody store or, for that matter, anyone else in Cody wearing. She said she frequently gets customers who say, ‘I could never wear that.’

“Yeah you can,” Blair said. “Life is too short to wear boring clothes. You should sparkle everyday. You should feel glad about what you’re wearing. I’ve always been a weird dresser in Wyoming.”

“Our locals just want to wrap their arms around small businesses.”

At Pat O’Hara and the Cody Motor Lodge, both pre-existing businesses under new ownership, re-branding and installation of new decor will take place next month.The Motor Lodge is upgrading and remodeling all 30 of its rooms and lobby area this winter. Pat O’Hara, which is changing its name to Pat’s Brewhouse soon, will have new signage and logos to reflect the changes inside the restaurant.

“We want to go beyond being an Irish pub,” owner Norfleet Montgomery said.

The business has seen an uptick in winter activity this year, with the lunch hour last Friday jam-packed, Montgomery said.

Zapata’s was purchased by Viola Tryon earlier this summer, while Josh and Cassandra White are in the process of buying Geysers on the Terrace. Cody Craft Brewery, the first establishment in Cody to focus solely on beer, had its soft opening in late December and will have its official opening Friday. It is owned by Brian Walker.

Courtney Newhouse took over Village Shoppe in September 2020. She said despite her business being a longtime Sheridan Avenue mainstay, she is constantly reminded of how much she still has to learn as a new owner, finding that learning the ins and outs of single brands she carries like Estee Lauder a whole challenge in itself.

“(It’s getting) a little less crazy, but there’s still so much to learn,” she said.

Luckily for Newhouse, she was raised around the shop and fashion, with her aunt Cherie Fisher and grandmother Carolyn Sharp having been former owners of the store.

Starting or running a business for the first time is already quite an undertaking, but that challenge was elevated this past year due to mass shortages of many different products.

Montgomery said finding certain items like onion rings, rye bread and metal utensils was a nearly impossible task. She said that rather than checking for different products quarterly, it became a weekly task.

“Wholesale is no longer wholesale,” she said. “You can’t be complacent with product.”

Cortney Johnson, part-owner of the Muddy Moose Cafe, said finding quality employees was a challenge when she openedher business started this past September.

“With the high minimum wage, you better be worth your dollar,” she said. “If not, we’ll try to figure it out on our own.”

But her prior experience owning and running a restaurant in Laramie helped keep the Moose afloat. When the pandemic first hit back in Laramie, she introduced deep dish pizza to keep up interest in her business when unable to offer in-house dining. Now, deep dish is one of the Moose’s trademark items. Johnson said the restaurant has really turned a corner, now open for breakfast, lunch and dinner.

The Village Shoppe started doing home deliveries at the start of the pandemic, which former owner Cherie Fisher said people are still taking advantage of.

Fisher said unlike many other business owners, she only bought limited amounts of product in a piecemeal fashion, which left her with fewer items to sell when the pandemic first hit. She is still working in the store today, but now as a regular employee, an employee with experience that can only be gained from having owned a small business.

“We all work together, it’s a family business,” Fisher said.

Even brighter days ahead

For every new owner of a business, there’s just as many former owners who decided it was the right time to step down.

Some former owners like Leonard Moore, who started Pat O’Hara’s, helped the business get on its legs and built a healthy foundation of customers.

“We started from scratch,” he said.

After working as a dentist for 34 years, Moore and his wife started Pat O’Hara eight years ago as a retirement occupation. He said recurring issues with finding employees over the past year and half helped them decide it was time to hang it up.

“The business climate nationwide is difficult,” he said.

Justin Vander Werff, new co-owner of the Motor Lodge, said it can sometimes be difficult for longtime owners to make a drastic change to their brand, an identity they put their blood, sweat and tears into to create in the first place.

“These businesses were all successful at one point,” he said. “Sometimes you need new-looking energy. Without new blood, you have this original idea and you’re kind of tied to that.”

But when it’s time to step down from a business, those who can pass the torch gracefully to another may get to sit back and enjoy the change.

So now we have two Mountain Girl businesses? Real original!

“We want to go beyond being an Irish pub,” owner Norfleet Montgomery said.

What is she thinking does she want to become just another hamburger flipping place in Cody?

The name "Pat O'Hara" has historical significance in Northwest Wyoming, she might delve in and bring herself up to speed! It does not stop her from adding to the existing charm, ambience, and menu selections, without destroying what Leonard Moore envisioned. Remember one can only eat so many hamburgers, there is a eating establishment on every corner in Cody. Just hope that the populace doesn't find out that they can cook at home or take a sack lunch to work like H L Hunt.