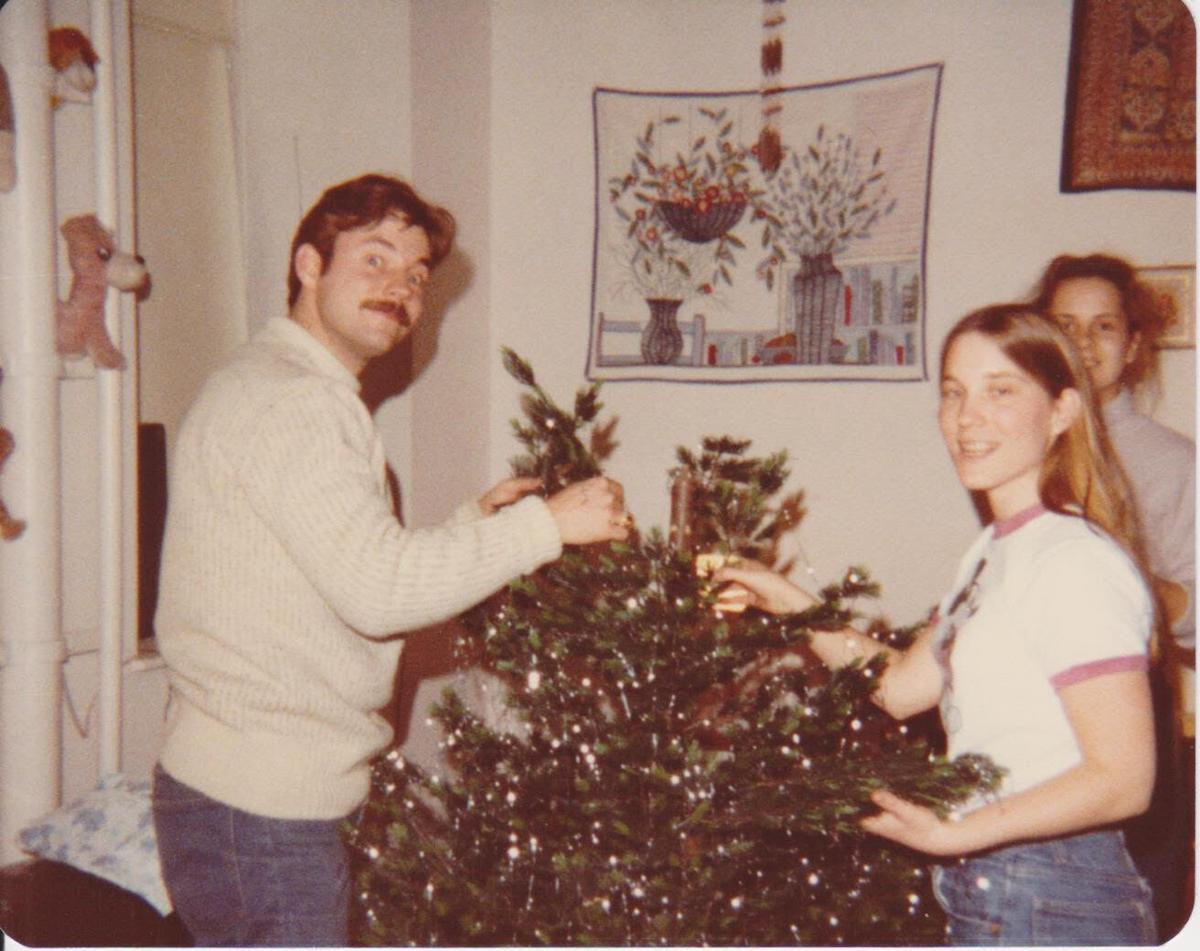 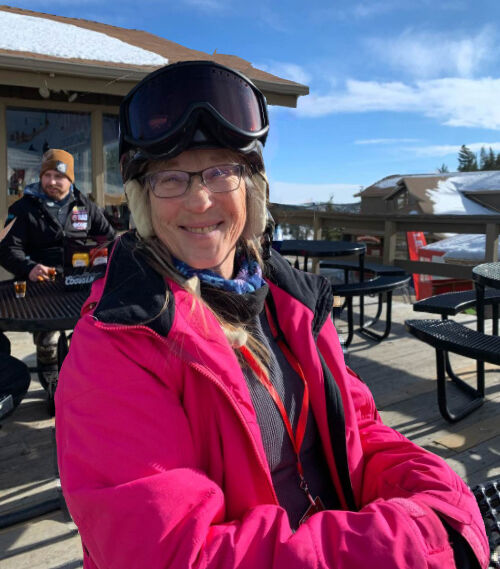 Cindy (above) loved the outdoors, seen here during a ski day at Red Lodge.

Cindy (above) loved the outdoors, seen here during a ski day at Red Lodge.

Cindy Ruth acted selflessly with nearly every action she took. This remained consistent into some of her last moments in life.

With flames and smoke closing in on her home during the Louis L’Amour Fire that hit Clark last week, Ruth took the time to scoop up her pets and load them in her car.

“She sacrificed herself to save her animals,” her husband Jerry Ruth said.

According to the Park County Sheriff’s Office, her body was found at 2 a.m. on Nov. 16 near Louis L’Amour Lane. Cindy’s pets were still in the nearby parked car, unscathed.

“She always put other people first, with her way of thinking and how she acted and what she did and how she lived her life,” Jerry, 63, said.

Cindy, 61, leaves behind children, a grandchild, and a lifetime of service made on behalf of others.

She worked as a physical therapist at children’s hospitals, burn centers, a neonatal intensive care unit, the University of Maryland Hospital’s Shock Trauma, and most recently, the Children’s Resource Center in Cody.

Jerry said his wife was usually silly and upbeat but also knew when to be serious.

At UM, a massive organization with around 5,000 employees, Cindy was a highly respected employee, teaching and writing scholarly papers in addition to treating patients.

“She was a brilliant and talented therapist, so I learned so much from her,” wrote Krystal Lighty of the University of Maryland Medical Center in Cindy’s obituary guestbook. “What I remember most is her heart. Her compassion for her patients and coworkers was palpable in every conversation you had with Cindy. Her smile and positive spirit could calm even the most tenuous situations.”

Jerry said he and Cindy decided to move to Clark in 2008, seeking a slower pace of life and a desire to fully embrace the Wyoming lifestyle they had envisioned for themselves for more than a decade prior. A piece of land off Louis L’Amour fit their vision perfectly and they made it their new home.

The two loved the outdoors, skiing, hiking, and fishing in their spare time. Their most recent pastime was training a 6-month-old mustang named Butterscotch the couple had recently acquired, giving them yet another reason to get outdoors.

“It was kind of a hobby and a passion at the same time,” Jerry said. “The horse is learning about us, it’s kind of a symbiotic relationship there.”

Butterscotch was not hurt in the fire.

When Jerry was attacked by a grizzly bear in 2009, Cindy was by his side during recovery.

He said Ruth’s passing feels like a different kind of trauma, in that he got to deal with the consequences of that event himself.

Cindy, with her past experience working with victims suffering from physical trauma, knew how to assist Jerry through his recovery and was well-qualified for dealing with the emotional side of the recovery as well.

“It’s harder for loved ones to see their spouse in a situation where they can’t really do much for them,” Jerry said. “For me to go through it on this end, she’s not here now.”

Jerry, a former Baltimore police officer, said the grizzly attack motivated him to volunteer and join the Clark Fire District because of the way the crew helped save his life.

“It’s a little bit of a give back after that,” he said. “If you see a need then you help out.”

This sense of perseverance and compassion are what Jerry said made him become a police officer, and the firefighter he remains today.

In a matter of minutes

He was called out on the Louis L’Amour Fire, and before he left told Ruth she needed to get out of the house immediately.

“I’m pretty certain there was a delay because she was trying to get the dogs and cats to leave also,” he said.

Later, he gave her another message to get out and stood by at their mailbox waiting for her to show up, but she never came.

At some point Cindy did get out of the house, and left in her Subaru Outback with the pets in-tow. She drove about .1 miles down their driveway before putting the vehicle in park and getting out on foot when the smoke and flames presumably became too thick to drive through.

Jerry came upon her car and found their three dogs and two cats inside, but Cindy was nowhere to be found. He grabbed the dogs and put them in his fire truck before he and another fire responder continued searching for Cindy. Another search with four more firefighters still produced no results.

Jerry was then called back to incident command at the intersection of County Road 1AB and Crossfire Trail, and it was shortly after she was found in a burn area between the Ruth’s driveway and Line Creek.

“The fire probably overtook her and caught her by surprise,” Jerry said.

The fire initially moved north towards Montana, but a shift in the wind sent the blaze back on Line Creek with extreme ferocity. Jerry said he received reports the fire covered 6 miles in 10 minutes.

A downed power line knocked over by the high winds has been determined to be the cause of Louis L’Amour. The power line fell into a tree, arced and sparked into some nearby grass.

Jerry has no plans to quit firefighting in the future, considering his Clark Fire District team family.

Nor does he place guilt on any party for the fire starting, but during a Monday phone interview, wondered aloud if anything could have been done to prevent it from starting. There was a much smaller fire that occurred in the same area around 13 years ago.

“We’ve had an unusually dry year this year,” he said. “I’m sure all that played a part in it to some degree.”

Amazingly, there was no damage to their home, but Jerry’s shop and a storage container holding materials for a new house they were planning to build on the property was destroyed.

“At least 10 years worth of collecting and planning,” Jerry said. “It was all coming together really nice and then this happened.”

Jerry said many people came over after the fire and helped him clean up the shop and storage container.

A service was held for Cindy on Sunday at the Clark Recreation Center with 300-400 people in attendance, a massive turnout for a town with only around 300 full-time residents. Jerry said the event made him feel honored to be a member of the Clark community. It was the first time the town had come together in a mass setting since the fire had completed.

“It was wonderful,” said Melvin Powell, a Clark resident who attended the funeral and lost his home in the fire.

A strong sense of unity and shared purpose can be found amongst the people of Clark, rarely missing an opportunity to wave to strangers and neighbors alike when they pass on the road.

Jerry said the people that make up his community are an independent bunch, but always lend a helping hand when someone is in need. When they were first building their home, he remembered how his neighbors helped them move materials back and forth from the road for two days straight.

“When it comes to someone needing help, you don’t even need to pick up the phone,” Jerry said. “Everybody just shows up and gets done what needs to get done.”