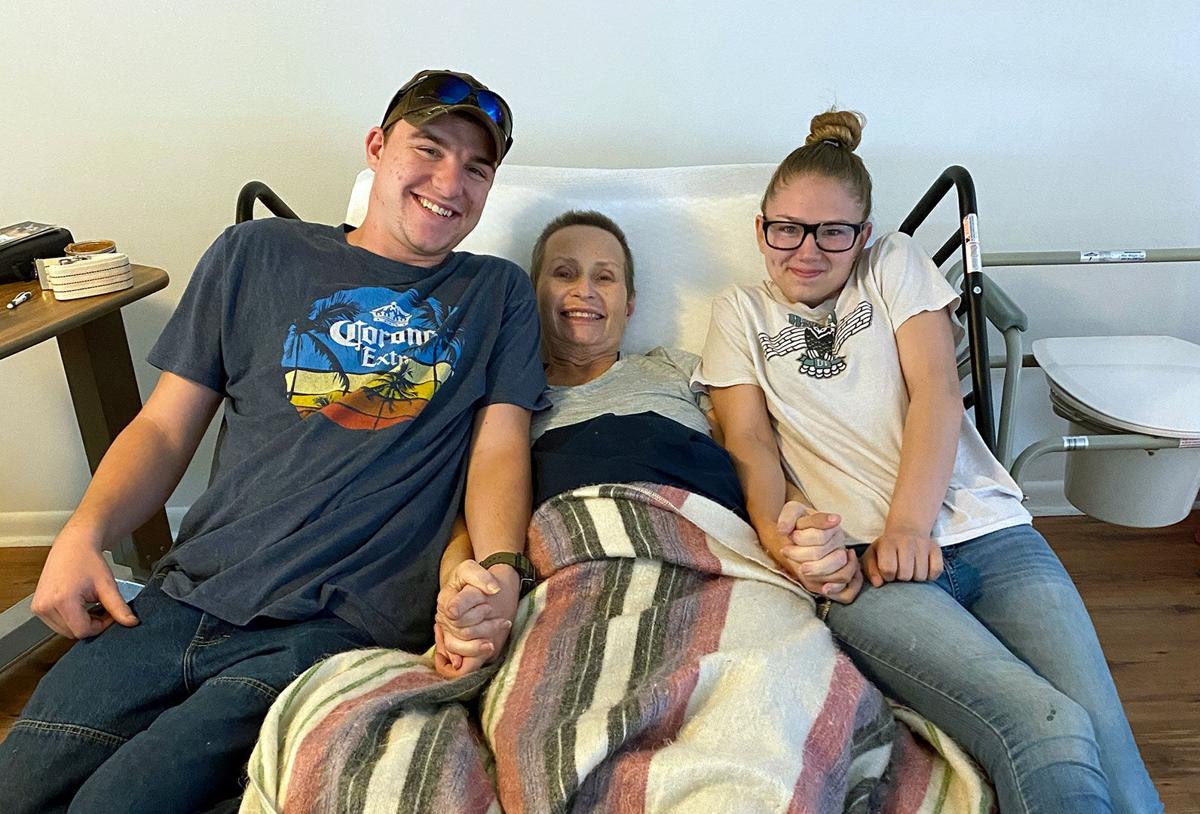 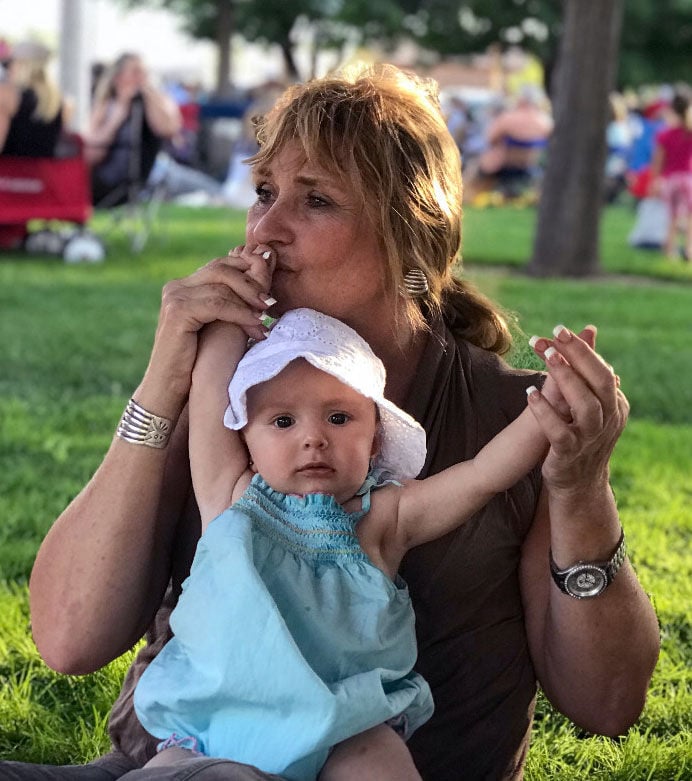 “She’s the heart and soul of the community,” said Karisa Hanson, owner of Beartooth Floral and Gifts.

It’s a sentiment shared by many who know or only had the chance to briefly meet Cindy Baldwin.

She’s the woman who handed out cards letting people know God loved them. She’s the landlady who took in people with no place to go. She’s the mother who helped her family reconnect. She’s the friend who was always there.

Baldwin, 65, is near the end of her journey fighting a long battle with human papillomavirus squamous cell carcinoma. After being given a stage 4 terminal diagnosis for the rare cancer and six months to live in November 2019, Baldwin has defied the odds for months.

Rogers said some days are better than others for her mother who has fought the cancer every step of the way.

“It was so aggressive and so fast-moving that they have not seen a cancer like this,” she said.

What was originally diagnosed as constipation never went away. When Rogers found her mother – one of the most resilient people she has ever met – keeled over in pain one day, she knew something was seriously wrong.

Baldwin finally got a second medical opinion in Billings and at that point doctors found a tumor floating in her stomach.

Her days may be numbered, but Rogers said her mother is keeping a brave demeanor as her family does its best to try and do the same by praying to God.

“We know she will be going to heaven and her pain will be over,” Rogers said. “It’s been hard. She never once complained.”

Despite drifting in and out of consciousness, her mother is still reassuring her family, Rogers said.

“She’s so OK and at peace,” Rogers said.

She said her mother has been talking to God frequently during her illness. At one point Baldwin said he stopped talking to her, but then about two weeks ago resumed communications.

“She was just glowing,’” Rogers said.

Through it all her faith has never wavered, despite expressing fear of the unknown. Rogers said her mother couldn’t imagine how people could get through cancer without God in their lives.

It’s difficult for Baldwin to talk at this juncture but she was able to say a few words on Monday night.

A legacy of hospitality

Baldwin is well-known for her work running the Caroline Lockhart Inn. She purchased the historic property in 1985 and seven or eight years ago transitioned the business from a bed and breakfast to rental units.

What Baldwin provided many was the gift of shelter; for some coming at the end of a long, dark road. Rogers said her mother couldn’t stand seeing people suffer, family or not.

Amy Creech, 18, said Baldwin took her in when she had nowhere else to go.

“She took me off the streets and didn’t even question it,” said Creech. “She’s such a selfless woman.”

If a tenant was short on money, she was known to let them stay without paying the monthly rent. Some never came up with the money while others did, but for Baldwin all that really mattered was helping others.

Bob Bole said he has known her for many years, as she worked for him at Cowboy Realty. To him, she is more than a coworker or employee, but rather, “a good friend.” Bole visited Baldwin a few days ago.

“She was always special to the people she was around,” he said.

Baldwin would often bring hugs, blankets and food to her tenants and hold get-together meals for the Inn’s residents. One of these residents is Jaxon Alden, who has been raising a family of three children with his spouse at the Lockhart since November.

“It was really cool, she’s just a good person,” he said.

Baldwin is currently staying at her daughter Rachel Baldwin's house, living out her final days. Her faith in God has never been stronger and has been using that bond for courage in her difficult last few months.

It is not a new development in her life.

Baldwin, who said she has, “a deep relationship with the Lord,” was known for handing out business cards to strangers and friends that read, “I’m from corporate. I work for the big guy.”

The other side of the card:  “and he says, ‘I love you! You are worthy and special.’”

Many of the Lockhart Inn residents have lived hard lives. To receive an uplifting message like this, even if only on a paper card, can change an entire perspective.

“I would take a bullet for her,” Ondler said.

Always a social butterfly, that didn’t change when Baldwin was diagnosed with cancer. While receiving chemotherapy in Dallas, she would give out her “God cards” to complete strangers at the treatment center, striking up conversations about their lives and faith.

“It’s amazing how people respond to her,” Roger said. “She’s like, ‘I’m here for a reason, because they need to know about God.’”

For many, their brief encounters with Baldwin left a lasting impression.

Ondler said he came to Baldwin when buying a home didn’t work out.

“She’s the nicest lady you could find,” he said. “I’m going to miss her and I don’t even know her.”

Hanson said she doesn’t know Baldwin well either, but became acquainted with her kindness through the many flower arrangements she would order for others at the Beartooth flower shop. Many of these were for family, but others for friends, often purchasing 2-3 arrangements at time.

Rogers finds it interesting how her mother has brought her closer with her biological son. She and Logan Teague were reunited for the first time about two years ago after she gave him up for adoption many years ago. Now, she is seeing him for the first time since that reunion as he has returned to Cody to spend the last opportunity he has with his biological grandmother.

The family came together last Christmas, with the unspoken knowledge it would likely be Baldwin’s last.

“‘Every season changing she has been saying, ‘I know it’s the last one I’ll see,’” Baldwin told Rogers.

She and Rachel Baldwin have been by their mother’s side both physically and emotionally over the last few weeks. Heather has been running the Lockhart while Rachel, a massage therapist, has been giving her mother rub downs. Their other sister, Sarah Baldwin, lives in Dallas and is attempting to make it back to Cody before it’s too late.

“I believe the world is going to miss her,” Ondler said.