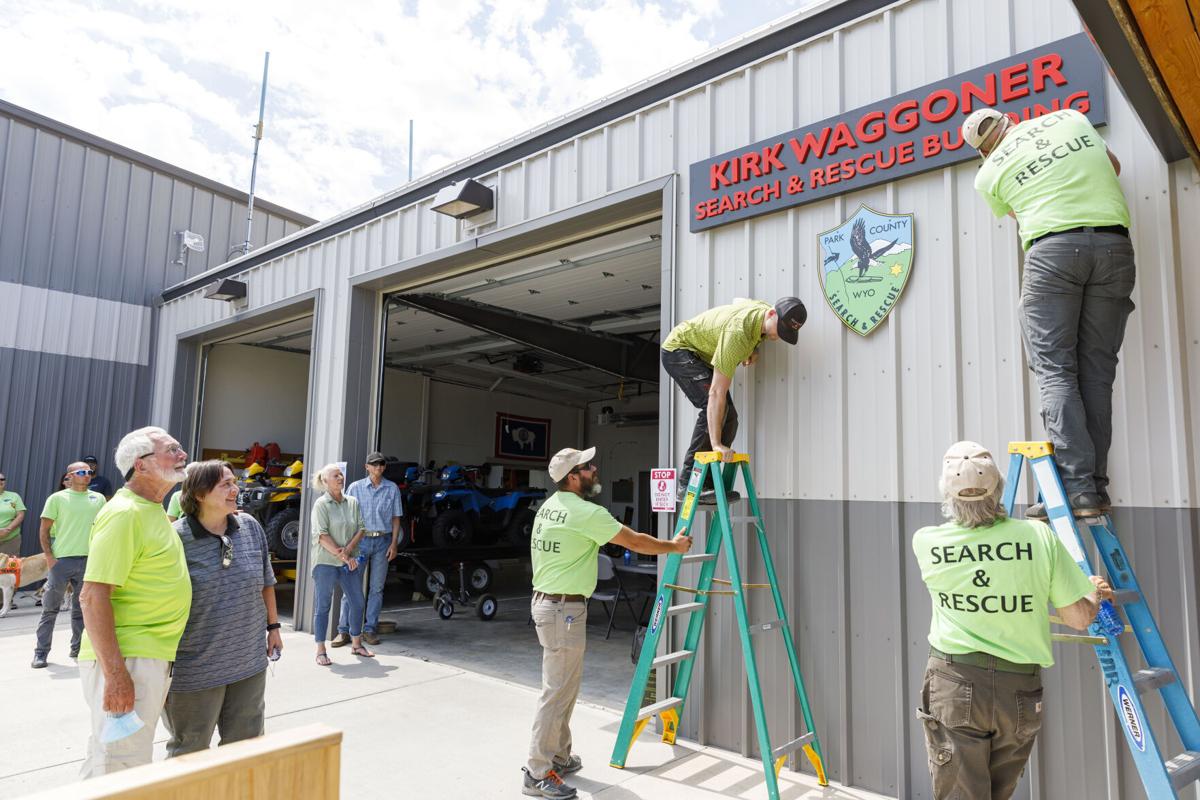 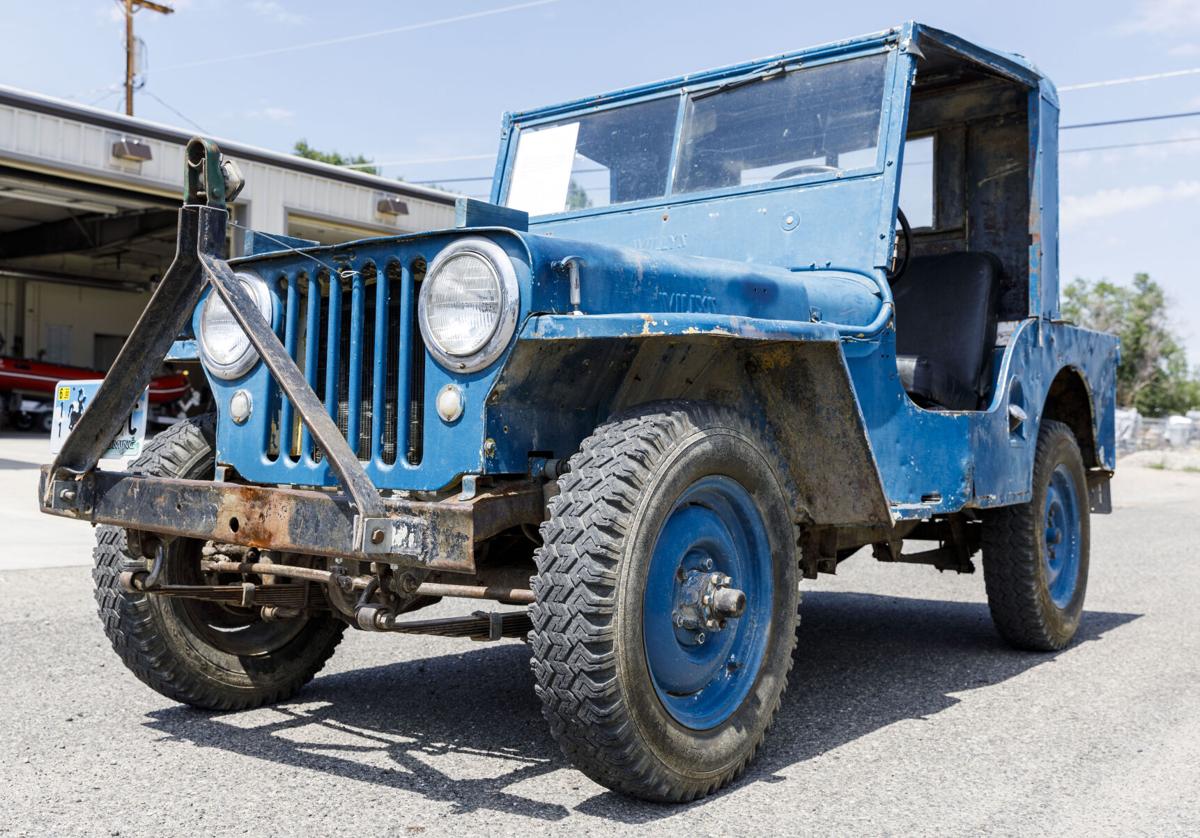 When Jim Moore was knocked unconscious while rock climbing with Kirk Waggoner in 1962, it served as an indirect inspiration for the creation of Park County Search and Rescue.

“What Kirk did that day is why I’m here today,” Moore said.

With help from his cousin Terry Bartlett, the two helped Moore climb down – head bleeding and skull chipped – from the rocks before Waggoner hauled him on his back across a river to safety. In 1970, Waggoner mentioned the event to his uncle and Park County Sheriff Harley Kinkade as part of the reasoning for starting the organization.

“I think that was when Harley realized he was going to need some additional, more professional help with search and rescue things,” Waggoner said.

Kinkade, now deceased, gave Waggoner and Danny Smith the green light as long as they could find their own funding, and “the rest is history.”

Fifty years later not much has changed within the organization besides improved technology and a modern facility.

On Saturday, SAR celebrated its 50th anniversary by naming its 15th Street facility the Kirk Waggoner Search and Rescue Building, placing a brown and orange sign in recognition.

“I’m very honored,” Waggoner said. “Nobody does this by themselves.”

SAR staff and Park County Sheriff Scott Steward, a SAR member since 1992, were able to keep it a surprise, despite the company delivering the sign and accidentally installing it before the unveiling.

When the announcement was made, Waggoner embraced his daughter Echo Waggoner with a massive bearhug and left few, if any, dry eyes among the crowd.

“It means everything. He’s dedicated his whole life to helping people,” Echo Waggoner said, before hugging her father once more. “I’m so proud of him.”

“It is the absolutely most appropriate thing that could be done,” Bartlett said. “He is the one who made the squad become professional.”

“Everything has to start from square zero,” Bartlett said.

They would make their first rescues with little more than a few personal vehicles, including a blue 1948 Willys CJ2A Jeep, and a few gurneys.

“We had nothing. You needed something you went out and bought it,” Bartlett said.

The Jeep was on display at Saturday’s event.

But as the years passed, the group started to find its footing, gaining increasing support and reliance from Kinkade.

“I think within the first two years we realized we needed to keep it going,” Waggoner said.

To this day, there are no paid members in SAR besides the lead coordinator, and the organization has 36 members.

Finding volunteers was a challenge in those early decades. Unlike today’s news at your fingertips and ever-growing presence of social media that can be utilized for promotion, many of those early SAR efforts took place overnight, with little publicity given to their cause, Waggoner said.

“It seemed like we were always hurting for members,” said Smith’s wife Sharon Smith.

Waggoner said by keeping their training entertaining at City Park, they were able to build loyalty amongst the ranks, with more than 300 members signing up during their 50-year history.

There is no telling what the next bend in the trail may bring with a job like Search and Rescue.

In the early 1970s, a rock climber fell and became wedged in a rock on Pilot Peak, eventually perishing from the event. In their effort rescuing the body, Waggoner said some SAR members got crampons while others received ice axes, but due to the limited availability of supplies no one got both.

“We were operating on the very edge of our capability the whole time,” he said.

Waggoner said over the years there were two successful searches for lost hunters where the SAR members themselves became lost and an event where the remains of a boy found by a SAR handler and his dog in the Oregon Basin, eight years after his disappearance, brought solace to the victim’s family.

“There’s some that were heartbreaking and heart- wrenching, there were some that turned out so good it was unbelievable,” Waggoner said.

Waggoner said there are no perfect rescues and although their skills are substantially higher today, mistakes still happen.

“The human factor is all still in it,” he said.

On a recent rescue of a skier in the Beartooths, SAR staff forgot to bring its power winch, so they had to pull the victim up manually.

“They will never forget it again,” Waggoner said with a chuckle.

Despite the imperfect nature of the job, SAR volunteers take their responsibilities seriously and for many, anything short of a rescue is considered a loss.

“Our job is to save people,” Waggoner said. “If we can’t save them we’ve failed.”

Waggoner is still a SAR volunteer to this day for an organization that on the surface is much different than when it first started, but serves the same purpose as he originally intended.

“The basics are still the same but there’s a lot of modern technology,” he said.

The organization has been operating out of its facility on 15th Street for about five years. The modern building features two separate garage wings, a rock climbing wall, and planning and meeting rooms – a far cry from the organization’s modest start working out of the sheriff’s office garage.

A moment of silence was also held on Saturday for SAR member Ed Conning, who died in a kayaking accident in 2018.

“They’re very dedicated to this community and that’s something I really appreciate to the bottom of my heart,” said Steward.

Bill Brown is the newest SAR coordinator but he has been involved with the organization for many years, and has known Waggoner since Brown was a child.

Steward said honoring Waggoner was an event he had been planning for a few years. Unbeknownst to him, it was Waggoner’s birthday was the very next day.

“It’s a very fitting thing to do,” Steward said. “It’s been a very long, driven passion of mine to do this for Kirk.”

Kirk: So glad for your service and kindness to me and the community all these years. Thank you so much!

P.S. The last time a new public edifice in Cody was named after a still- living public servant , it was the sewer plant that bears Jerry Kinkade's title for eternity. You both earned the respective homage.