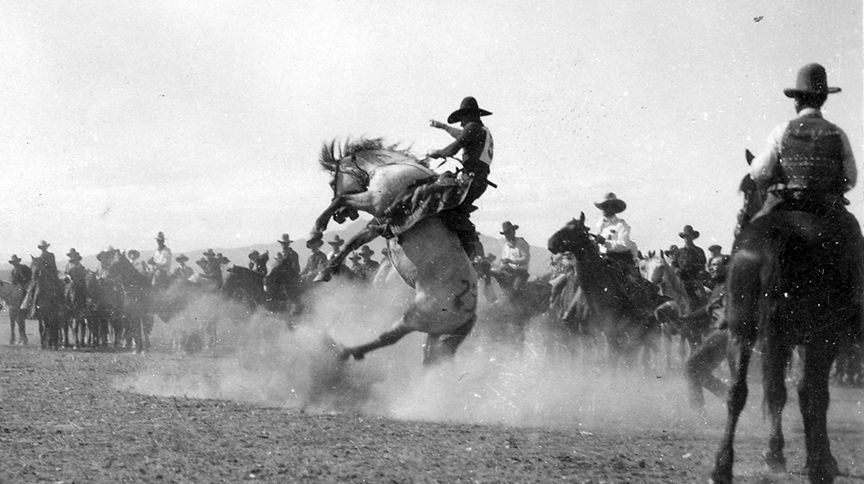 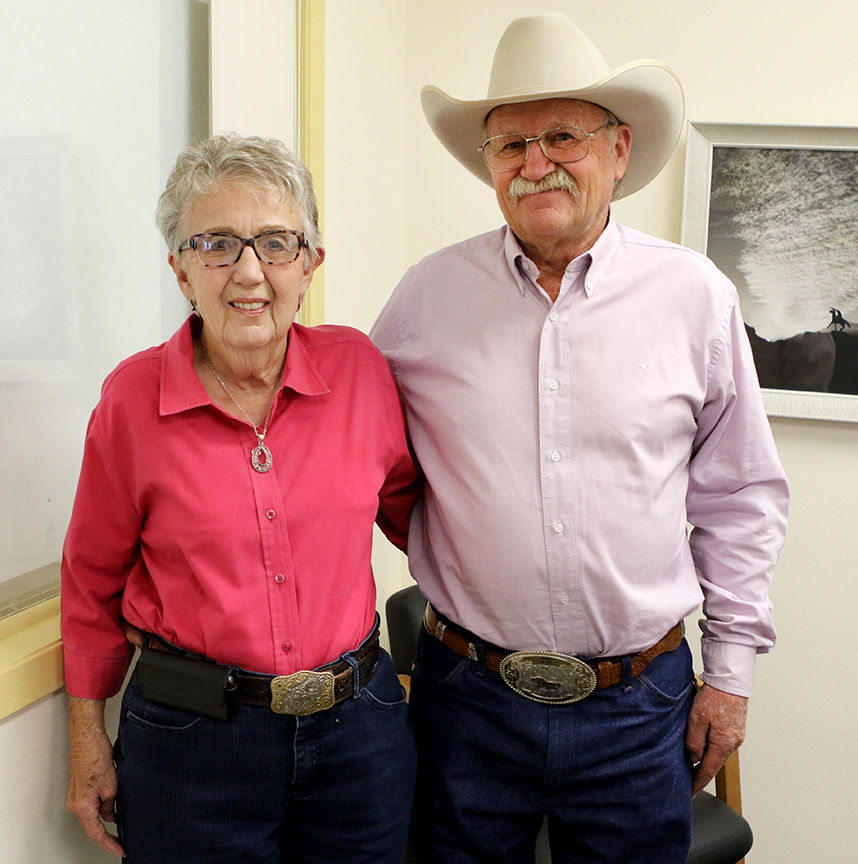 Vayda McNeil and Newt Pawley are a neice and nephew of Bill Pawley.

Vayda McNeil and Newt Pawley are a neice and nephew of Bill Pawley.

Cowboy Bill Pawley had magic in his hand and form, staying atop the furious white bucking horse that day in 1921 at the Cody Stampede.

Together the dance partners whirled around and kicked up dust long enough to aid a photographer in freezing time in the creation of an iconic rodeo picture.

Described as “Bill Pawley on a high one” this photo’s enduring history also kick-started the first Pawley family reunion in Cody this weekend.

But those words about Pawley seeking to tame, if only for a few seconds, that “high one” standing almost straight up in the air on its two hind feet, are printed on the postcards which have circulated.

Vayda McNeil, Pawley’s niece, and in her 80s, initiated this shindig for an expected 45 people because “I’m getting old,” and she wanted to see who she could gather.

Her father, Burton, was Bill’s brother.

Relatives are coming from many states, including Washington, New Mexico andTexas. And Cody.

Newt Pawley, 73, said his Uncle Bill died when he was 12, but in his youth he idolized the rider, roper and rancher.

The respect Bill Pawley had as a rider was widespread, Newt said.

“They said if he got his foot in a stirrup he could ride anything,” Newt Pawley said.

Bill Pawley was born Jan. 21, 1892, in England. The family settled in Iowa, but shattered and siblings were adopted by different families. Eventually, the last name Pawley was reclaimed.

William F. “Buffalo Bill” Cody, the town’s founder and western hero, died in January of 1917. In 1919 a rodeo was conducted in Cody in his honor. By 1920, citizens wanted to formalize the rodeo and make it a permanent celebration over July 4, establishing the Buffalo Bill Cody Stampede.

“He did a lot at the time for getting the rodeo started,” Newt Pawley said.

Uncle Bill worked a spread on Carter Mountain and at the Hoodoo Ranch.

Newt, a rancher and horse lover, called Bill Pawley “a big-time influence. I spent a lot of time with him up on the mountain.”

The famous photograph of Pawley and the white horse seems to have as many lives as a cat.

Not long after the ride in 1921, a copy of the exciting picture came into the hands of Wyoming Congressman Frank Mondell, who presented President Warren Harding with it as a gift.

By July 5 1922, only a year after the ride, The Cody Enterprise reported, “Bill Pawley hangs in the White House.”

The newspaper item making this announcement called “the horse a powerful 5-year-old maverick, who had in previous years eluded successful roundups.”

The timing of the picture was such that the horse was at the apex of its buck, nearly straight up and down “just an instant before the animal fell backwards.

“A miracle and unusual agility saved the rider from serious injury.”

A version of Pawley on the horse has been used on posters over the years promoting the Stampede.

Included in the Pawley crowd for the reunion will be some of Bill’s grandkids, children of his late son Duke, an illustrator. Some are taking a fishing trip, some going sightseeing in Red Lodge, Mont.

All, said McNeil, who got the whole thing started, will “talk about him (Bill). That’s the whole point of coming.”

If anyone isn’t already familiar with the bronco busting, they will be.

There was also a poster made from Steve's painting for the 2005 Cody Stampede. It's tough to find! The photographer who took the original photo in 1921 is Edward Bates of Lawson, OK.