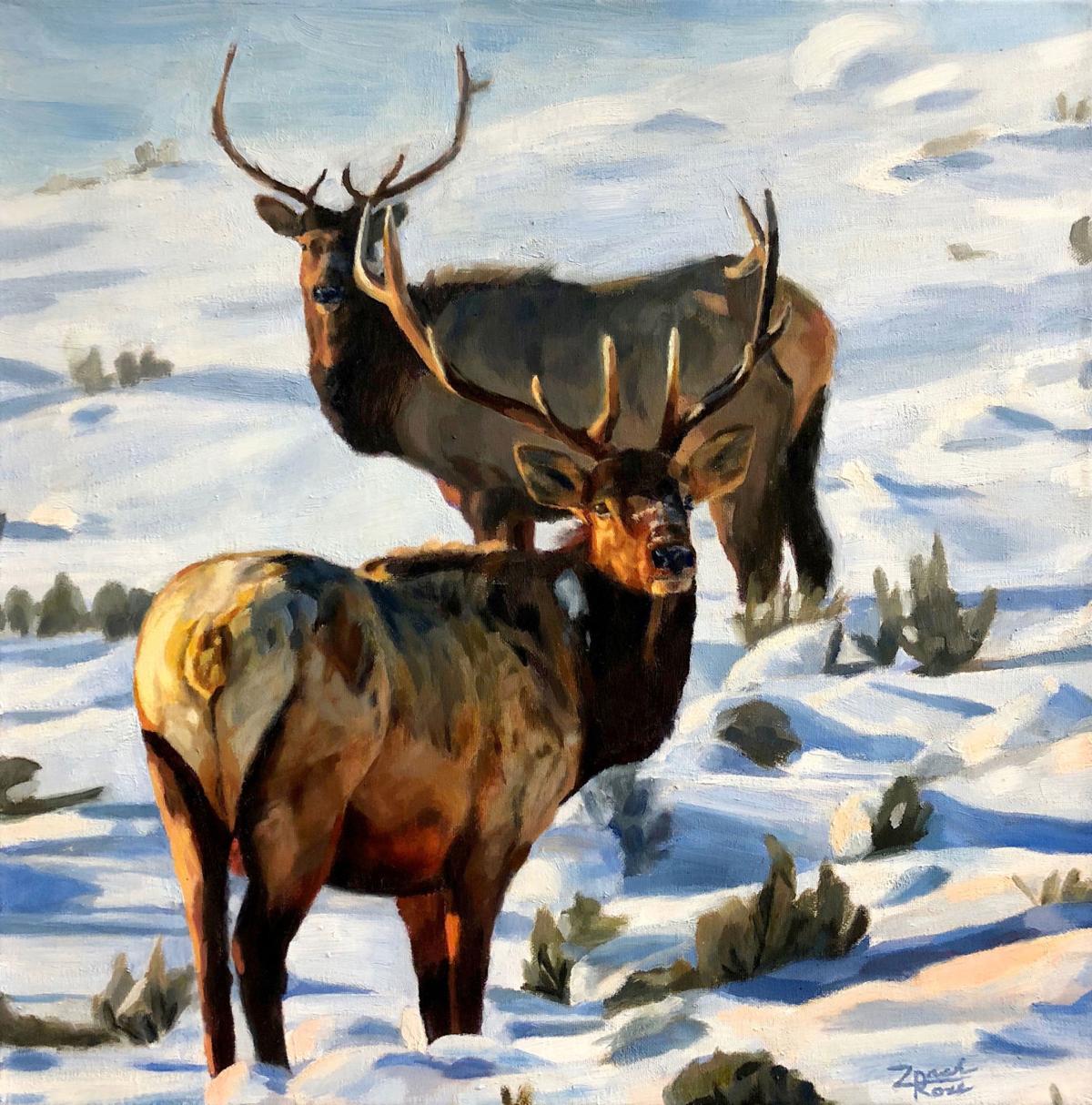 The painting “First Light” by Zach Ross of Cody was recognized in this year’s Buffalo Bill Art Show and Sale. Ross is a student at Whitworth University in Washington. 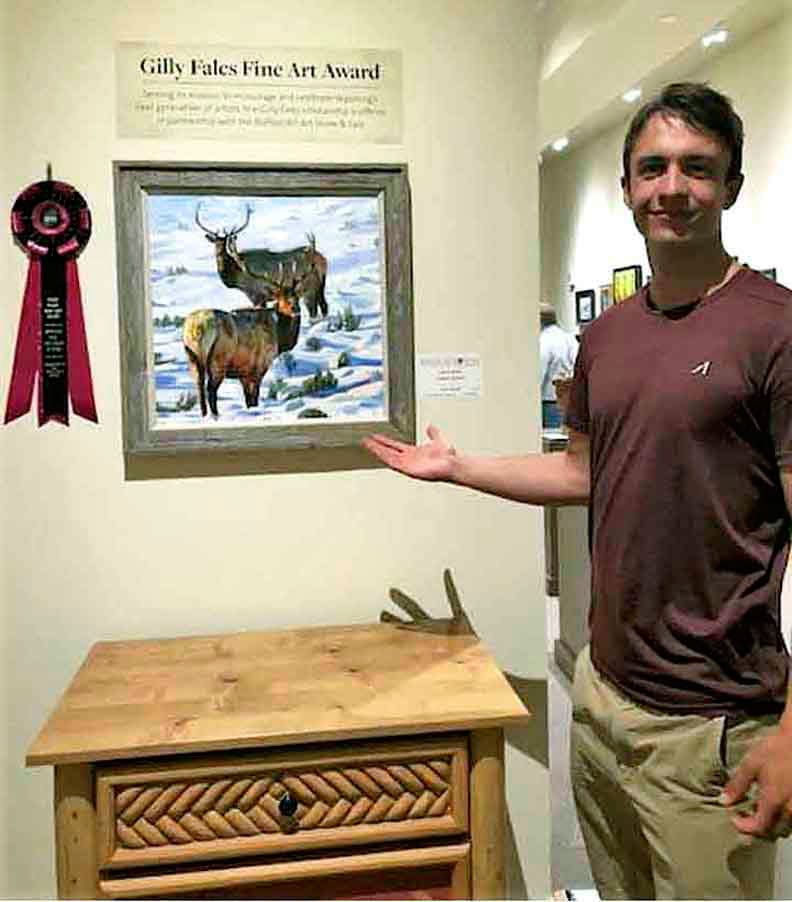 Zach Ross stands next to his piece in August at the Buffalo Bill Center of the West. (Courtesy photo)

The painting “First Light” by Zach Ross of Cody was recognized in this year’s Buffalo Bill Art Show and Sale. Ross is a student at Whitworth University in Washington.

Zach Ross stands next to his piece in August at the Buffalo Bill Center of the West. (Courtesy photo)

He is young and raw at this game, but former Cody High School student athlete Zach Ross has just made a breakthrough in the art world.

Ross, 20, a 2017 CHS grad currently attending Whitworth University in Spokane, Wash., is the recent winner of the Gilly Fales Fine Art Award and had his debut painting sell even before the Buffalo Bill Art Show & Sale this week. The scholarship provides support and exposure to aspiring young Wyoming artists.

“I’m just encouraged that I won and it is a really big honor,” Ross said of capturing the contest.

This was his first painting put up for sale publicly, but by the time it was actually bought he had received a commission for a moose painting too.

The inspiration for the striking painting came from a photograph Ross snapped in January on a winter camping trip in Yellowstone National Park.

“We were freezing,” he said of the tent experience.

But the reward stemming from the photo warmed his fingers and made the chill worth it. Ross painted the elk in the spring.

Majoring in art and biology, Ross is not sure whether his career path will lead him to becoming a full-time artist or a doctor. School commitments will prevent him from attending Rendezvous Royale events in Cody this week.

Despite his promising start, Ross doesn’t have that much time to paint right now.

“I started as a kid,” he said. “I really liked to draw. I didn’t really pursue it till my junior year in high school.”

He likes painting wildlife and expects to do more with it in the future, from moose to bison and also horses.

Ross said his first drawings were in pencil, but he began expanding his disciplines through art classes at CHS and he has used charcoal, oils, acrylics – just about everything.

Mixing colors, light and understanding how things blend together all come from repeated efforts over time.

“I still consider myself new to art,” Ross said. “My style is developing.”

Before leaving for school this fall, Ross was able to see his elk painting hanging with the works of other more experienced artists in the Buffalo Bill Center of the West show corner.

“I looked at a lot of their work and it was a pretty exciting thing to be with them,” Ross said. “Now someone else wants it in their house.”