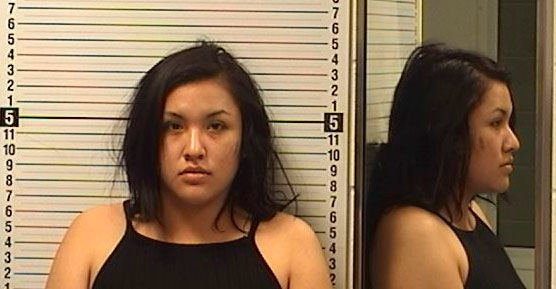 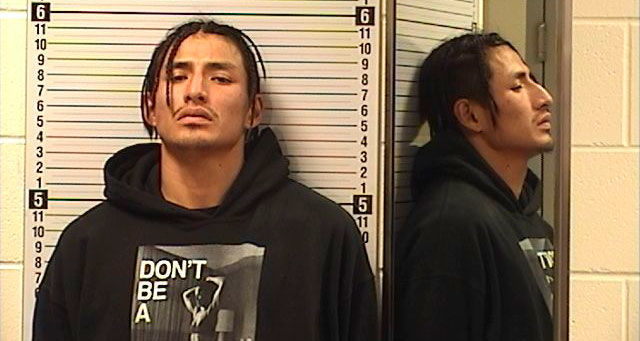 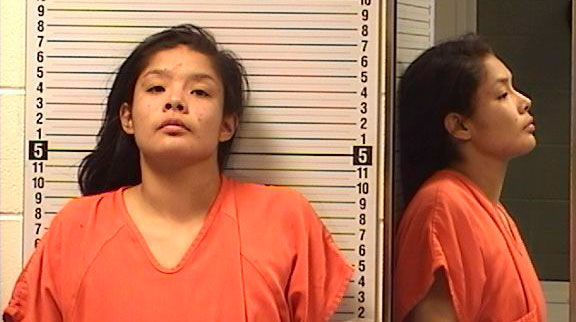 Three Montana residents are each facing seven felonies and a minimum of 20 years in prison for their alleged connection with two different car chases occurring early Saturday morning through Park County.

Powell officers first arrested Winter Killsnight, 25, after a truck she was traveling in smashed into a Powell police vehicle at 85 mph, causing an estimated nearly $35,000 in damage and totaling the vehicle.

Saturday evening, Cody police arrested Shay Dontmix, 24, and Shyanna Wilson, 23, for their involvement in the chase. Cody police allege Dontmix and Wilson were traveling in a stolen 2020 Hyundai between Powell and Cody when that vehicle drove over a deployed spike strip near Beacon Hill Road at 6:23 a.m. Authorities said it was then the pair departed the scene before being caught later.

Police said by 8 p.m. the two were allegedly caught shoplifting a coat and can of dust cleaner at Walmart.

“They decided to prey upon this community and take advantage of an emergency situation,” deputy prosecuting attorney Jack Hatfield said.

A male suspect known as “G” is still be at large for his role in the chase. According to the Powell police affidavit, he was riding in Killsnight’s vehicle at the time of the crash.

Meth, cocaine and marijuana were found on the defendants.

About eight hours after being placed into custody, Killsnight agreed to talk with Cody police without a lawyer present.

She told authorities she was picked up in Billings and arrived in Cody with a stolen Hyundai around 9:30 p.m. Friday, all of them ingesting meth, marijuana and alcohol en route.

Killsnight said the first thing they did once arriving was burglarize a pair of new running shoes from a 1991 Honda Accord parked on Stampede Avenue. Next, they discharged a sawed-off semi-auto shotgun into a residence at Juby’s Mobile Home Park.

From there, the foursome decided to up the ante, allegedly stealing a white 2008 single cab Chevrolet truck idling on 26th Street around 3:15 a.m.

“When the vehicle left the residence it collided with the fence at the front of the property,” reporting party James Lindsey said.

As Lindsey filled out paperwork, Powell officers radioed Cody authorities and told them they had found the stolen truck.

Powell officers saw the truck traveling with a small grey passenger car that was later determined to be the stolen Hyundai.

As Powell Police Officer Tye McClain started his pursuit it appeared the “passenger vehicle seemed to be attempting to keep me from getting close to the white Chevrolet,” he said in the affidavit.

After McClain barely avoided a head-on collision with the truck, he was informed the truck had crashed into a patrol vehicle and caused its airbags to deploy, while the truck was disabled in a canal. Officer Cody Bradley was in the vehicle at the time of the impact but did not appear to suffer any major injuries.

As soon as he arrived at the crash, McClain spotted Killsnight running away. After a short chase she surrendered at 3:41 a.m.

Inside the vehicle authorities found a bottle of whiskey and the sawed-off shotgun, but no sign of “G.”

Within Killsnight’s purse were marijuana and a small jewelry bag with the message “stay high” inscribed on it. Inside that bag was meth, and in another bag beside it cocaine. Police also found numerous vehicle relays and fuses in her purse.

In conversation with authorities Killsnight admitted to being an “addict.”

“They are making me out to be so bad. I’m not as bad as you’re making me sound,” Killsnight said through tears during the hearing.

Killsnight said she was only a passenger in the stolen truck, but Powell Valley Healthcare said the minor injuries she sustained from the crash were consistent with her being the driver. However, video surveillance of the crash obtained from the Maverik gas station in Powell showed a person wearing different clothes than Killsnight departing the driver side of the vehicle, according to the affidavit.

While investigating the crime scene, McClain observed the same Hyundai from the chase drive by, heading west towards Cody.

After the Hyundai ran through the spike strip, the vehicle came to rest in the 3700 block of Big Horn Avenue, but police could not find the people riding inside, giving up their immediate search after a few hours.

In their initial hearing Monday, Dontmix claimed he and Wilson, who he said is his wife, had been approached by authorities that morning and then let go.

By the time they were arrested at Walmart, the two were already considered suspects in the car chase and burglary, according to the affidavit.

When police searched Dontmix they found two used syringes and a glass meth pipe. He admitted stealing from Walmart because they were “stranded and cold,” Cody officer Patrick Geraghty said.

Each defendant is facing charges for robbery to inflict injury, fleeing or attempting to elude police, three counts of criminal conspiracy, two counts of aggravated burglary with a deadly weapon, and possession of a controlled substance.

“They are going to face a significant amount of prison time in Wyoming,” Hatfield said.

During Monday’s video conference hearing, Dontmix denied any involvement he and Wilson had in the car chase and burglary, claiming they were “sleeping” during the early hours Saturday morning.

“We had nothing to do with all this. I don’t know what to say,” Dontmix said.

All three admitted to being unemployed with no cash assets.

Killsnight was previously booked into the Yellowstone County Detention Center in April 2019.

Dontmix has a domestic battery sentence on his record and may face federal prosecution for bringing a stolen firearm across state lines.

All three are being held at the Park County Detention Center on $100,000 cash-only bond. They will have an 11 a.m. Friday preliminary hearing in circuit court before Judge Bruce Waters.

As predicted, it's starting.... Stay armed, stay alert. HINT: If someone is breaking into your home or threatening you, it's best NOT to pause and ask: "If you're addicted to drugs, I feel sorry for you...."

Sorry to hear our Billings vermin have been causing problems in the great state of WY. Please lock them up for a long, long time. Sorry we couldn't get to that sooner.

I empathize with people addicted to drugs and think weed should be illegal, but the crashing in to police, high speed chase and shooting sawed off shotguns make this a violent crime; society should start seeing the difference.

Keep up your marksmanship!