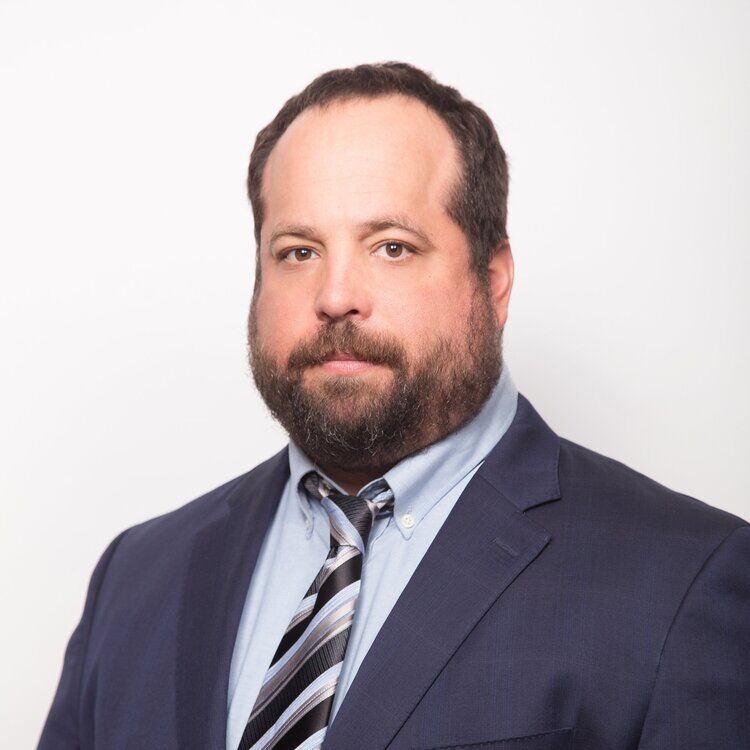 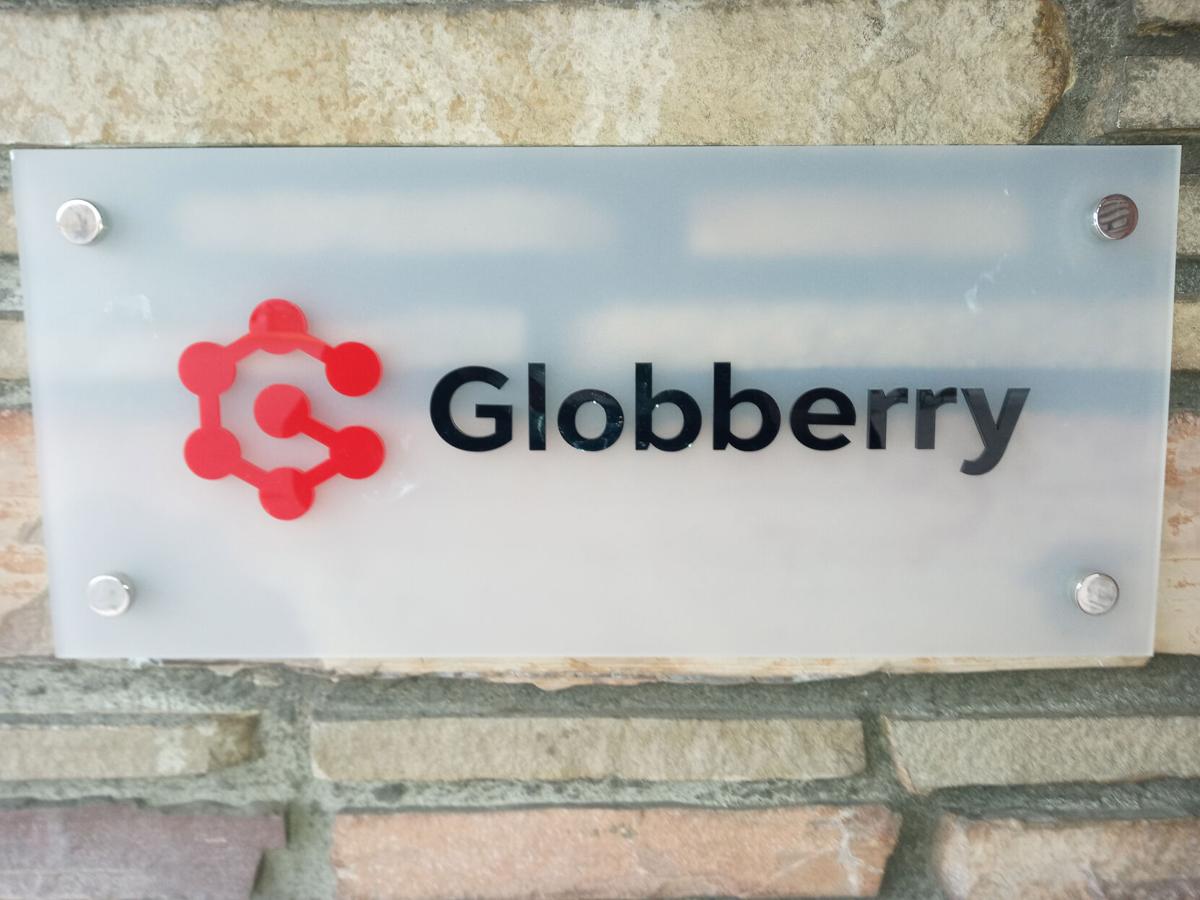 The sign for the office on 12th Street connected to Piazza, which has offices in Cody and Ukraine but is not named in the lawsuit.

The sign for the office on 12th Street connected to Piazza, which has offices in Cody and Ukraine but is not named in the lawsuit.

A federal lawsuit has been filed against Cody businessman Nick Piazza, alleging he and co-conspirators performed an elaborate scheme to prevent hedge fund Gramercy Management LLC from recovering more than $100 million in investments it made in a Ukrainian agricultural company Piazza is associated with.

Gramercy is accusing Piazza of helping Oleg Bakhmatyuk, founder and majority shareholder of UkrLandFarming, one of the largest egg producers in Ukraine, of illegally transferring company assets into Wyoming shell companies as part of an effort to “exploit” the Cowboy State’s laws. He is accused of committing and coordinating abetted acts of mail fraud, wire fraud and fraudulent inducement to travel.

Piazza said he was advised by his legal counsel, Kristen Mueller, to not comment on the lawsuit, which she confirmed. On Friday, Mueller crafted a statement, filled with appeals to state pride and entrepreneurship, which was delivered to Sleeping Giant employees and passed on by Piazza to the Cody Enterprise.

“(The) 105-page complaint reads more like a work of fiction, rather than a legal document,” Mueller wrote. “Many of its allegations are plainly false, while others have only a loose grip on reality. We will be reviewing this lawsuit closely to determine whether a countersuit could hold the hedge fund managers responsible for harm to Nick and his partners’ business reputations.”

Mueller said she will not be representing Piazza in the suit.

The complaint was filed as a civil case in the U.S. District Court for Wyoming on Dec. 7 under the Racketeer Influenced and Corrupt Organizations Act. In addition, the suit makes claims of fraud, tortious interference, aiding and abetting, and civil conspiracy.

Another Cody-based company with Ukrainian connections is Globberry LLC. According to its website, Globberry provides applications and infrastructure for the telecom industry, and has offices in Cody and Ukraine. Although Piazza is not mentioned on the website, Globberry has a contact number matching Piazza’s phone number.

“Wyoming is advertising itself as the new onshore offshore [financial center] — it’s going to get the clientele,” said University of Richmond law professor Allison Tait, a trust and estate expert who has studied Wyoming’s financial laws, in a recent Washington Post story.

“It’s like a wrapped gift inside a wrapped gift,” Tait said. “The more wrapping you put on, the harder it is to figure out if there has been tax avoidance or evasion or even financial crime. Very few people know what you’re doing, basically.”

Wyoming is one of the few states that allow private companies to be the only associated party on a trust.

“I cannot tell you how many times I have attended a continuing legal education course here in NYC and beamed with pride that my old stomping ground is THE FIRST STATE to be mentioned by business lawyers as THE state to move or create your LLCs, trusts, and other legal entities,” Mueller wrote in the statement.

Piazza, a Cody High School grad, took over management of Sleeping Giant Ski Area outside Cody in the fall of 2020. Although he is not considered the official owner of the mountain, he has made hundreds of thousands of dollars in investments to the ski hill since taking over.

Piazza is also the CEO of SP Capital, a business consulting firm with offices in Ukraine and Cody. Its website describes the company as an investment farm for “several debt and equity investments in agriculture, consumer retail, food services, insurance, IT development, outdoor recreation and shipping, along with distressed public debt investments in Ukraine and Georgia,” according to its website. The website mentions ULF as one of its business partners, as well as its purchase of Sleeping Giant.

The lawsuit accuses Piazza of fostering “connections that allow him to market himself and his companies as fixers for wealthy Ukrainians and Eastern Europeans.”

“Given his contacts, profile and “expertise” in shielding foreign assets through the creation of dummy companies, Piazza was integral to Bakhmatyuk’s scheme from the outset,” the lawsuit alleges.

Although the hedge fund, Gramercy Funds Management LLC, has an office in Connecticut, it has numerous funds based out of the Cayman Islands. It is being represented by Cheyenne law firm Hirst Applegate LLP in the suit. Attorneys with Hirst Applegate did not respond to follow up questions from the Enterprise in time for publication.

“Civil RICO complaints are notoriously misused by opportunistic, aggressive plaintiffs,” Mueller wrote. “I find it insulting that some hedge fund managers in the Cayman Islands are trying to create an issue out of business opportunities being brought to Wyoming and its residents.”

According to its website, Gramercy was founded with the purpose of “invest(ing) in distressed credit opportunities in emerging markets where value could be realized through active involvement and hands-on restructurings.” Tax filings show the company has 49 clients and discretionary assets totalling $4.9 billion.

Gramercy is one of the largest creditors of ULF, but its loans were unsecured, meaning ULF did not have to offer it any collateral when borrowing funds. In the event of a bankruptcy, Gramercy would be last in line to get its share of the company’s assets.

But due to its more than 25% stake in the company, Gramercy maintains that it had rights to block certain moves Bakhmatyuk made with Piazza’s help that it had not been told about. Specifically, Gramercy is accusing Piazza of helping “shelter assets in Wyoming, out of Gramercy’s reach.”

“Nick and his business partners are proud to do business in Wyoming,” Mueller wrote. “They are proud to bring business opportunities to a state that has become the new frontier for companies looking for a home-base that is not only business-friendly but also user-friendly. Wyoming is that state. Wyoming is that opportunity. There is nothing illegal or unconstitutional in Wyoming’s LLC statutes, and there is nothing wrong with Nick or any person/entity forming a business in compliance with those statutes.”

In 2010, Bakhmatyuk turned to global stock markets to help raise capital for ULF. By 2015 Gramercy was ULF’s largest creditor with a $123 million stake in the company.

Russia’s annexation of Crimea in 2014 sparked a supply chain crisis for ULF, one which the company’s representatives said led to its downfall, Gramercy said.

Gramercy said this downfall and an investigation filed against Bakhmatyuk for a different matter, sparked a campaign to misrepresent the company’s value, orchestrated by Bakhmatyuk and Piazza by proffering faulty information to media outlets and through the production of fraudulent financial statements, painting a bleak picture of the company’s future that did not align with market conditions.

A report performed by the National University of Life and Environmental Sciences of Ukraine found data provided to a news site about ULF in 2015 was “drastically inaccurate,” and suggested that the “inconsistencies in the data might be a result of agreements between the portal’s editorial staff and companies in order to comprise inaccurate data into the information space.”

In 2015 and 2016 Gramercy agreed to restructure payback on the ULF notes. In late 2016 a stricter restructuring was requested by Gramercy, which brought the end to any productive negotiations between the companies. In January 2019 agricultural giant Cargill entered the negotiations and offered to buy out Gramercy’s debt, but the two companies could not come to an agreement on terms.

Piazza is accused of commandeering ULF debt through other creditors from 2017-2018 as a way to isolate Gramercy in the negotiations.

Gramercy said it eventually paid for an independent audit of ULF that found at least 100 of the company’s subsidiaries transferred to Piazza’s TNA Corporate Solutions from November 2019-May 2020, a move it never disclosed. The total value of these transfers was $872 million and made up at least 66% of the company, according to Gramercy.

Gramercy makes the assumption TNA was created solely for these transfers because it was created two months after ULF defaulted on debt negotiations with Gramercy and other creditors. It said these transfers followed an exact “roadmap” Piazza explained during a 2020 webinar when discussing one of his other Wyoming companies, SP Advisors.

Gramercy also accused Piazza of posing as a third-party and making a low ball offer to buy off its debt.

“Bakhmatyuk and Piazza, along with their allies, fraudulently induced Gramercy to forego enforcement of its contractual rights, and such action will no longer provide Gramercy any relief or remedy because of the … enterprise’s scheme to divert Company assets to Wyoming dummy companies,” the lawsuit alleges.

By spring 2020 negotiations had become uncooperative between the companies, with Bakhmatyuk allegedly emboldened by the successful divestment of funds.

Gramercy was attempting to engage negotiations with Bakhmatyuk while Bakhmatyuk was being investigated by the National Bank of Ukraine, and while he made a transfer of his Austrian villa to the ownership of his minor children, a home he moved to permanently shortly after.

In 2017, Gramercy said it and another investment group were approached by a third bondholder who said they should all unite in the “restructuring negotiations to increase the pressure on Bakhmatyuk and the company.” This offer was rejected due to the faith Gramercy still had in Bakhmatyuk, it said in the filing.

Just wondering why your reporters haven't sniffed out Klessens and his "bring jobs to Cody for government grants" (look how many failures) instead of someone that is truly looking to help bring jobs to Cody - for Sleeping Giant. I think some digging needs to be done on the Klessens back stories from Montana and his get rich schemes there that he has brought to Wyoming. Piazza has donated thousands of dollars in medical supplies to the hospitals for Covid and to other charities. Something still does not sniff right when you do the Klessens test.

This is a "civil" lawsuit in federal court using a federal statute. This is not a "criminal" investigation by the federal government resulting in "criminal" charges and a federal court case. It's basically a contract/business dispute brought into the federal court system. There are many moving parts and connections involved and Piazza is just one of them. Sure, there are some big money numbers and "international" intrigue but that really doesn't make it nefarious for anyone involved. These cases are as common as dirt in the investment/hedgefund business. A year from now there's a small chance there will be a small article saying the case has been settled or dismissed. I bet it won't be front page.

well, anyone with half a brain would know that if you're some high rollin' international banker, you're not going to sink millions into a guaranteed money losing venture ala "Sleeping Giant". Let's just hope a russian submarine doesn't pop up in Buffalo Bill