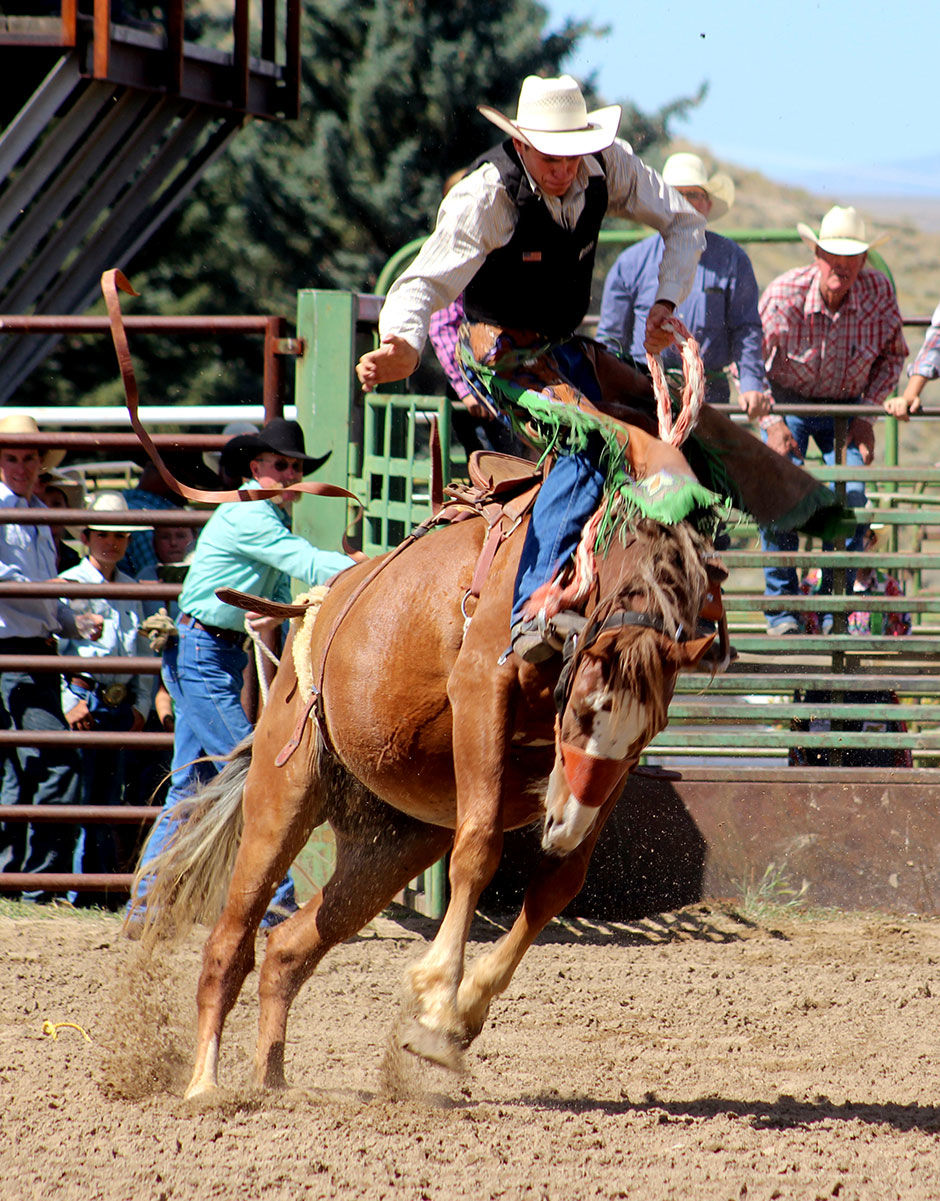 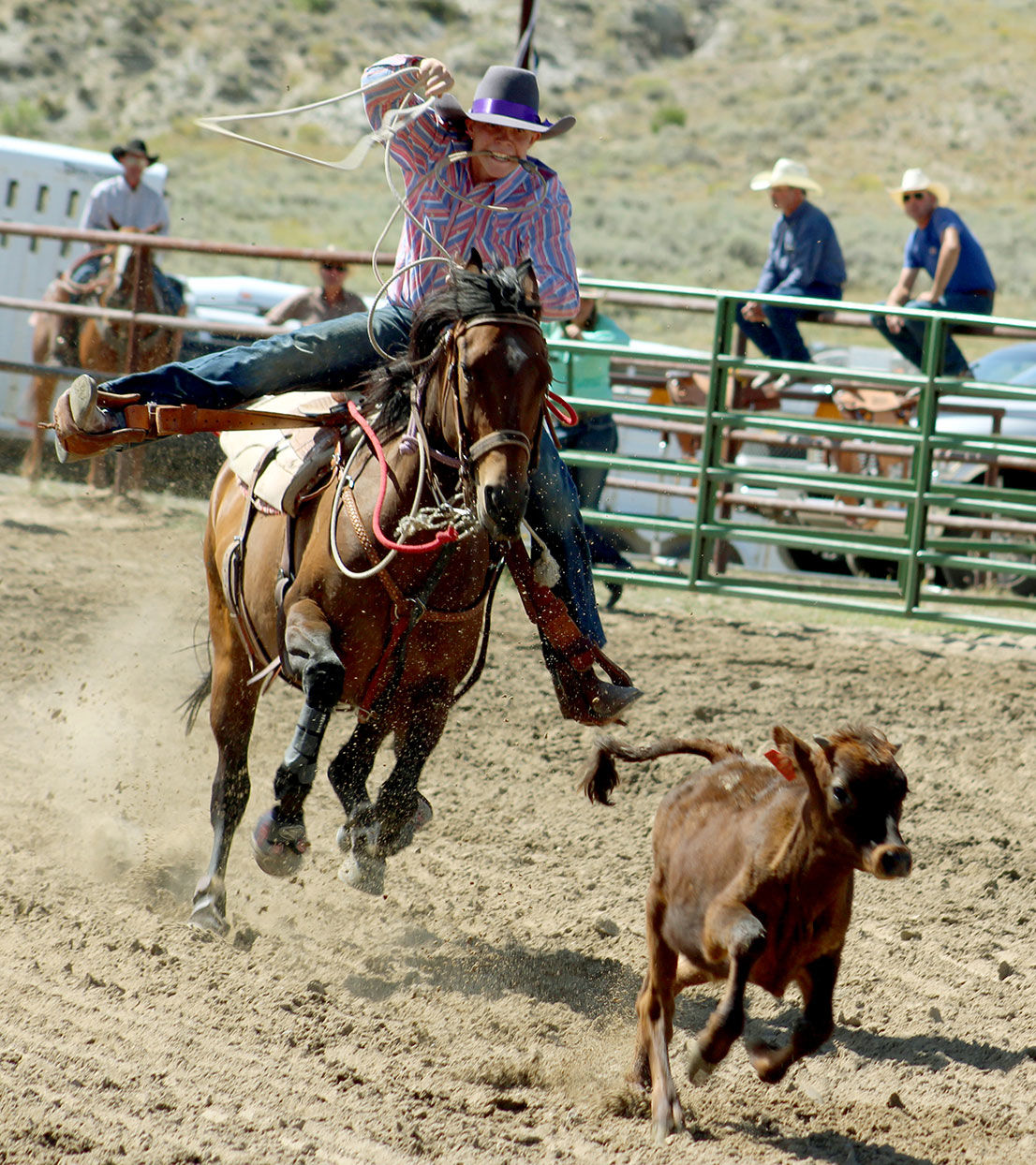 Logan Seifert winds up to try and rope a calf at the rodeo.

Logan Seifert winds up to try and rope a calf at the rodeo.

Virginia Lohr has become a fixture on the local rodeo circuit at just 13.

She rides bulls and horses at Cody Nite Rodeo, mostly against guys. But while the Powell Middle School student was making regular appearances in Cody, she was also on tour in the Big Horn Basin Rodeo Circuit in such towns as Meeteetse, Ten Sleep, Basin, Cowley, Greybull, Lovell and Worland.

Points accumulated between May and September and Lohr captured the league’s seasonal title and was rewarded at the Meeteetse Labor Day Rodeo.

Riding bulls of any size is a challenge, but for Lohr that’s not the most fun part of competing in such a risky event.

“Winning,” she said in summation of her favorite part of the rides.

Lohr characterized her circuit season as walking away with victory “most of the time.”

The annual rodeo was conducted in scorching 90-degree heat as part of the small community’s 107th annual Labor Day celebration.

In what practically classified as a slump for her, breakaway roper Brittany Martin only came in second. She has been about as hot as that afternoon weather.

Martin, a Cody cowgirl, recently won the August belt buckle as champion for the month at Cody Nite Rodeo. Then she won the Finals title to conclude the season. And in her spare time over the summer, Martin also built up enough points to win the Big Horn circuit.

If they gave out a comeback-of-the-year award, Martin would have won that too. She was unable to compete in 2018 because of a shoulder injury and surgery.

Every indication is that she is fully healed.

“I was really blessed,” Martin said of her recent winning. “I was definitely grateful and blessed.”

Her parents were even on hand to watch her win the big prize at the Cody finals.

It was pretty exciting for saddle bronc rider John Birkholz too. The Laramie cowboy won the Labor Day rodeo with a 70-point ride two days after clinching the Cody Nite finals.

Breakaway roping is a women’s event, but boys up to age 15 could enter. In his last year of eligibility, Trent McNabb of Lovell won the season’s junior breakaway crown.

“It’s been lots of fun,” said McNabb as he held his new buckle. Next year? “I’ll try calf roping.”

The Gines family of Powell was out in force for Labor Day. Father Colby and son Caden roped. Mother Codi roped for the first time in about three years. And son Casen “Shorty” Gines performed as a clown, though he is of elementary school age.

The youngest of the Gines’ offered wisdom to the youngest junior steer riders.

“I see some kids are scared of their bulls,” Casen said. “But you’ve just got to act like they’re big dogs.”