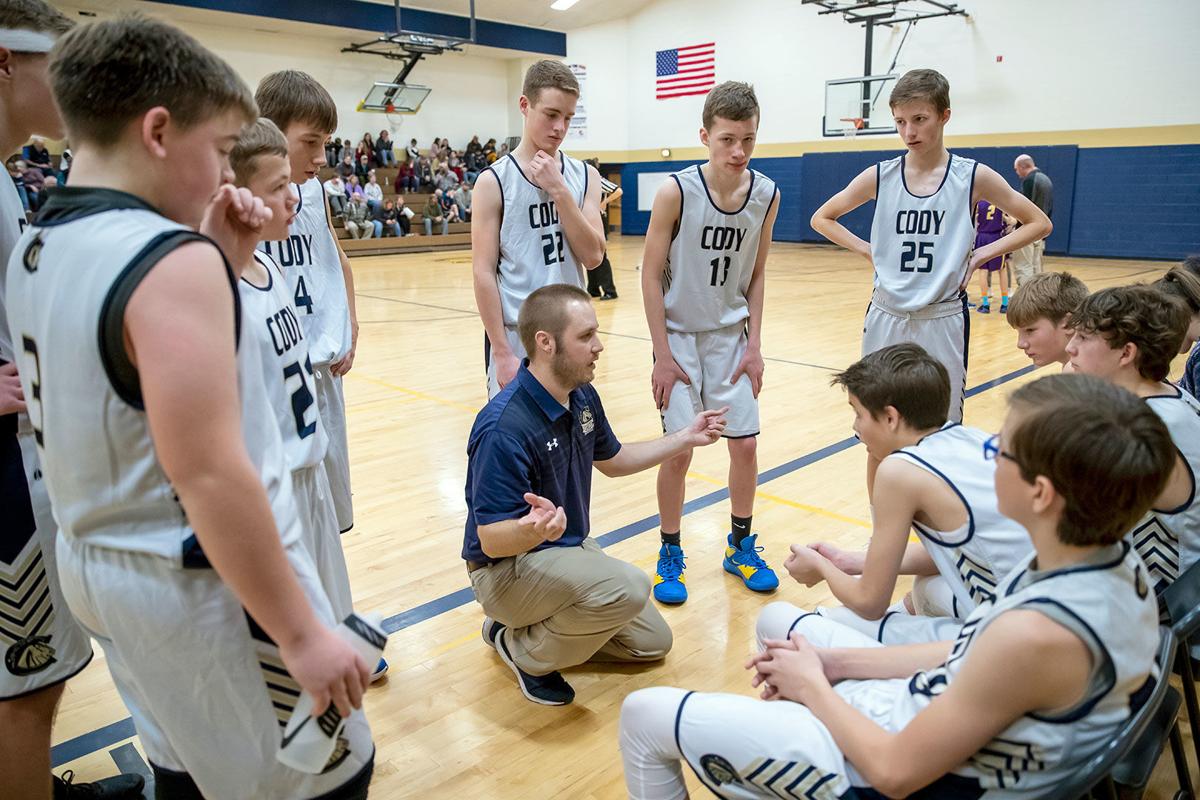 Coach Jake Tuten talks to the team during a timeout. 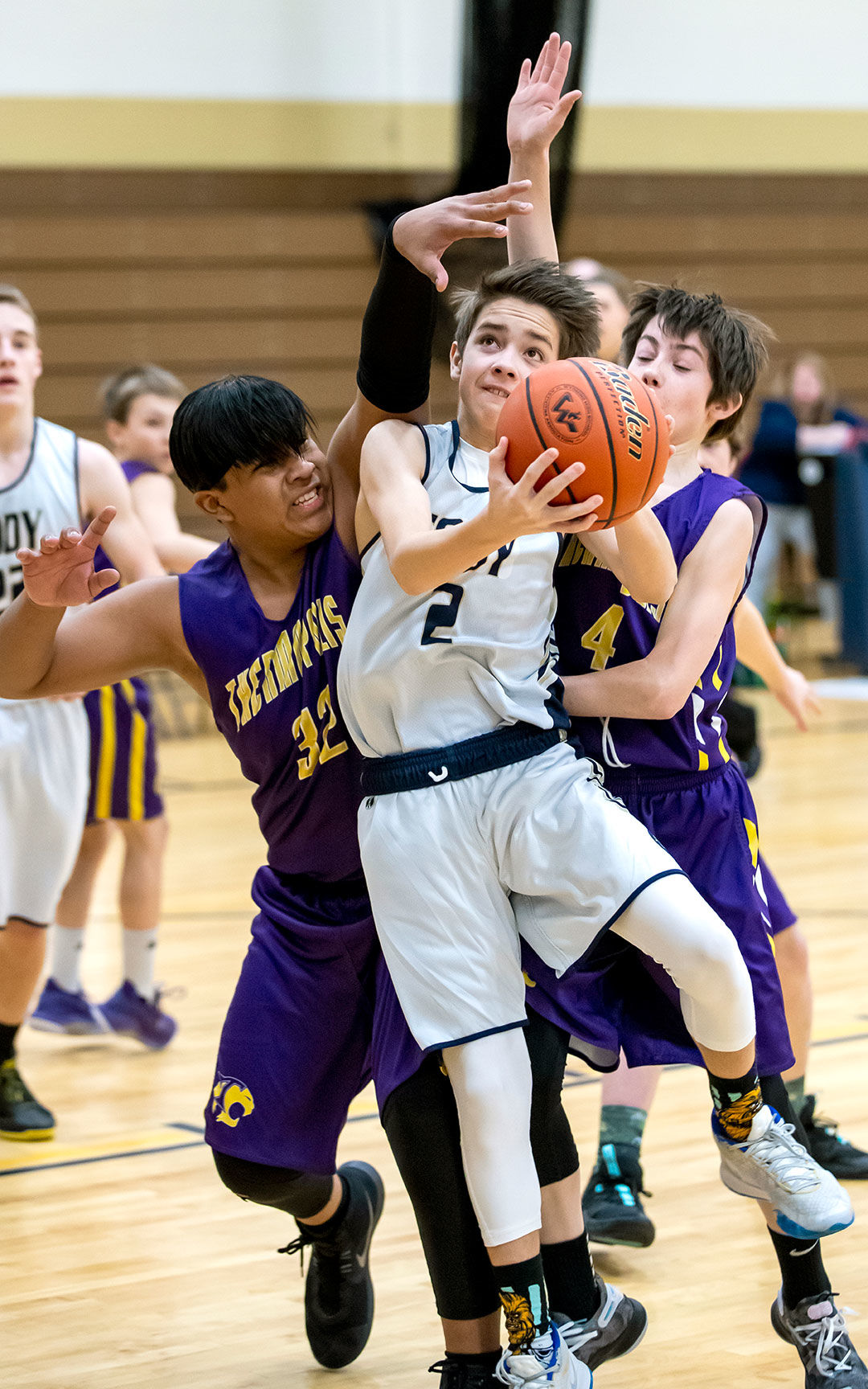 Eli Johnston drives to the hoop during a game against Thermopolis earlier this season.

Coach Jake Tuten talks to the team during a timeout.

Eli Johnston drives to the hoop during a game against Thermopolis earlier this season.

The Cody eighth-grade boys A and B basketball teams recently finished successful seasons.

The A team finished third at the conference tournament and was 11-5 overall.

“This team is very deep and has 11 players that can contribute at the A level,” coach Jake Tuten said. “We had some injuries and battled sickness throughout the season, but the players had a very successful season.

“This was a fun team to watch play and should find success at the next level.”

Cody opened the tournament with a 52-31 win over Lovell. The game was tied 21 at halftime, but Cody came out aggressive to start the second half and pulled away.

The Broncs then lost to Powell 50-37. The Panthers jumped out to a big lead after the first quarter, but Cody played even with Powell through the last three quarters.

“Greybull had two very strong players and took a 17-7 lead after the first quarter,” Tuten said. “Cody settled in and began to break their 1-3-1 press and put up 22 points in the second quarter.”

“I appreciated all of the players’ effort in practice and it was evident in their performance come game time,” Tuten said. “Lukus Morris did a great job of getting to the rim and creating opportunities for our shooters.

“This team had success shooting from outside throughout the season. Ty Peterson, Conner Moss, Eli Johnston and Ben Stewart all had games where they hit multiple shots from the perimeter.”

“Dominic Spomer and Logan Class both did a great job playing as our bigs and were offensive and defensive threats throughout the entire year,” Tuten said. “Jace Jarrett and Jacob Ball had to shut down the other teams’ play-makers multiple times and showed great effort on the defensive side of the ball.

“Braydin Ray and Trey Schroeder missed the majority of the season due to injuries, but their athleticism was their biggest strength when they were on the basketball floor.”

The B team finished 14-2, losing one regular season game to Powell, and one game in the final jamboree to Riverton.

“I was very pleased with every single one of the players by the end of the season,” coach Shane Roemmich said. “They all showed tremendous growth, although in different areas. Some kids learned how to make better decisions, some got better in their basic skills of the game and some learned that they were a leader and how to help take charge and lead their team to success.”

“Every single player experienced successes throughout the season,” Roemmich said. “It was a lot of fun watching them go through this process.”