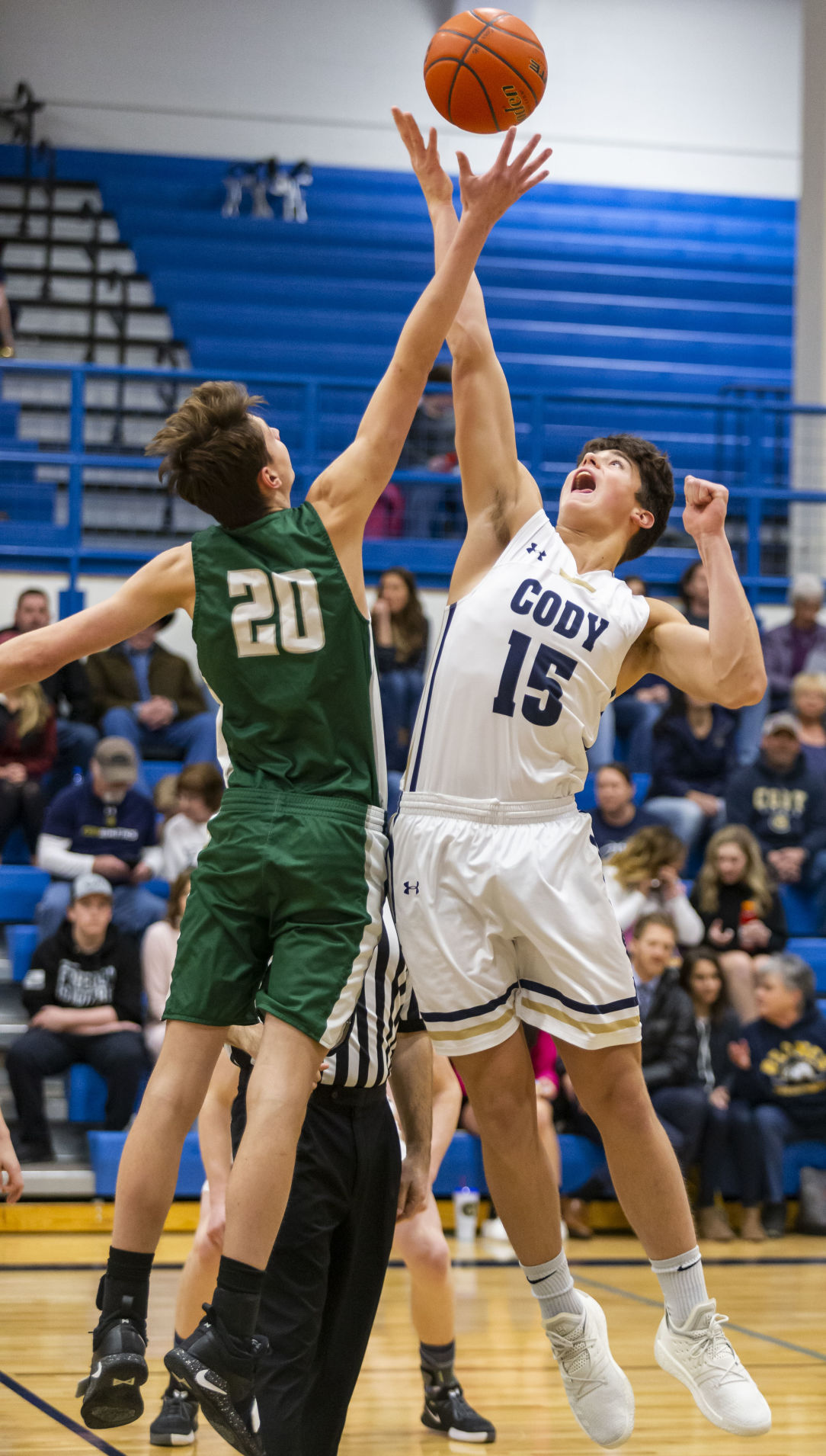 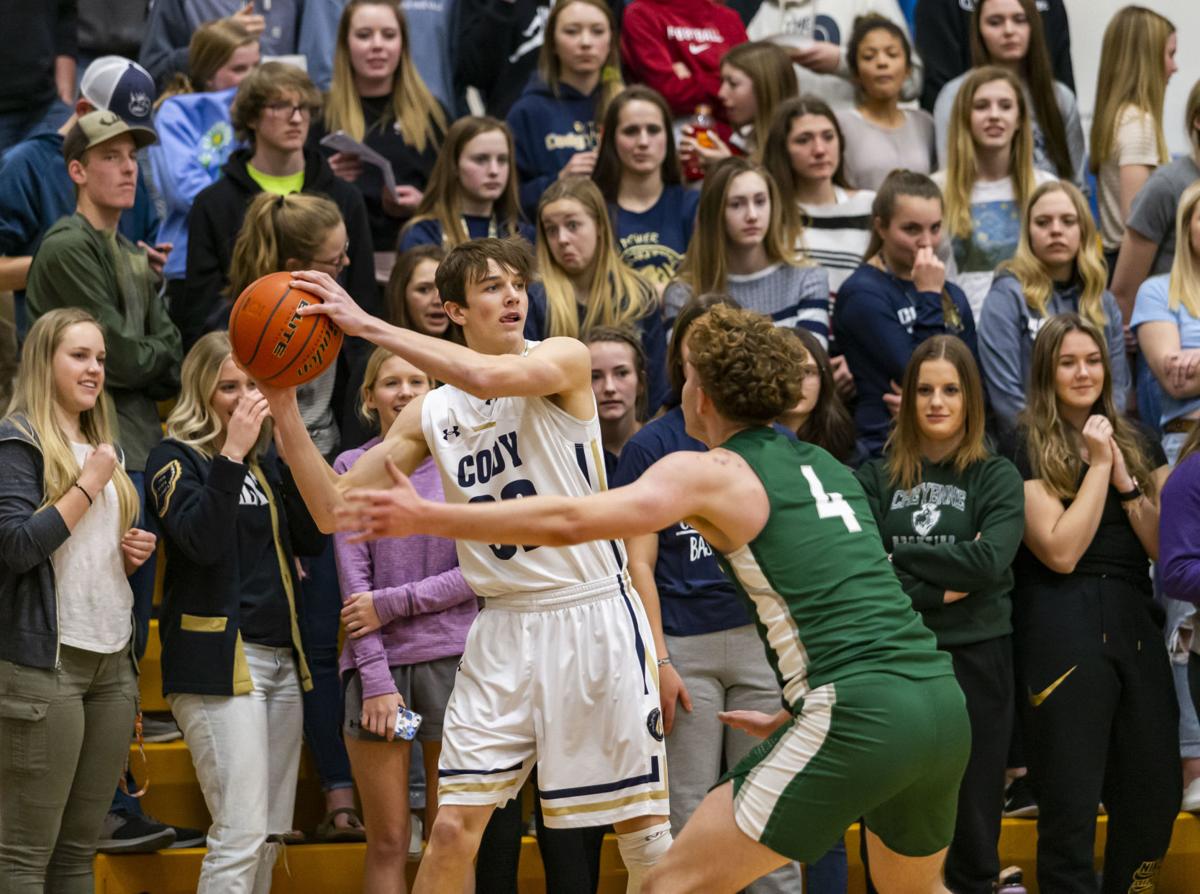 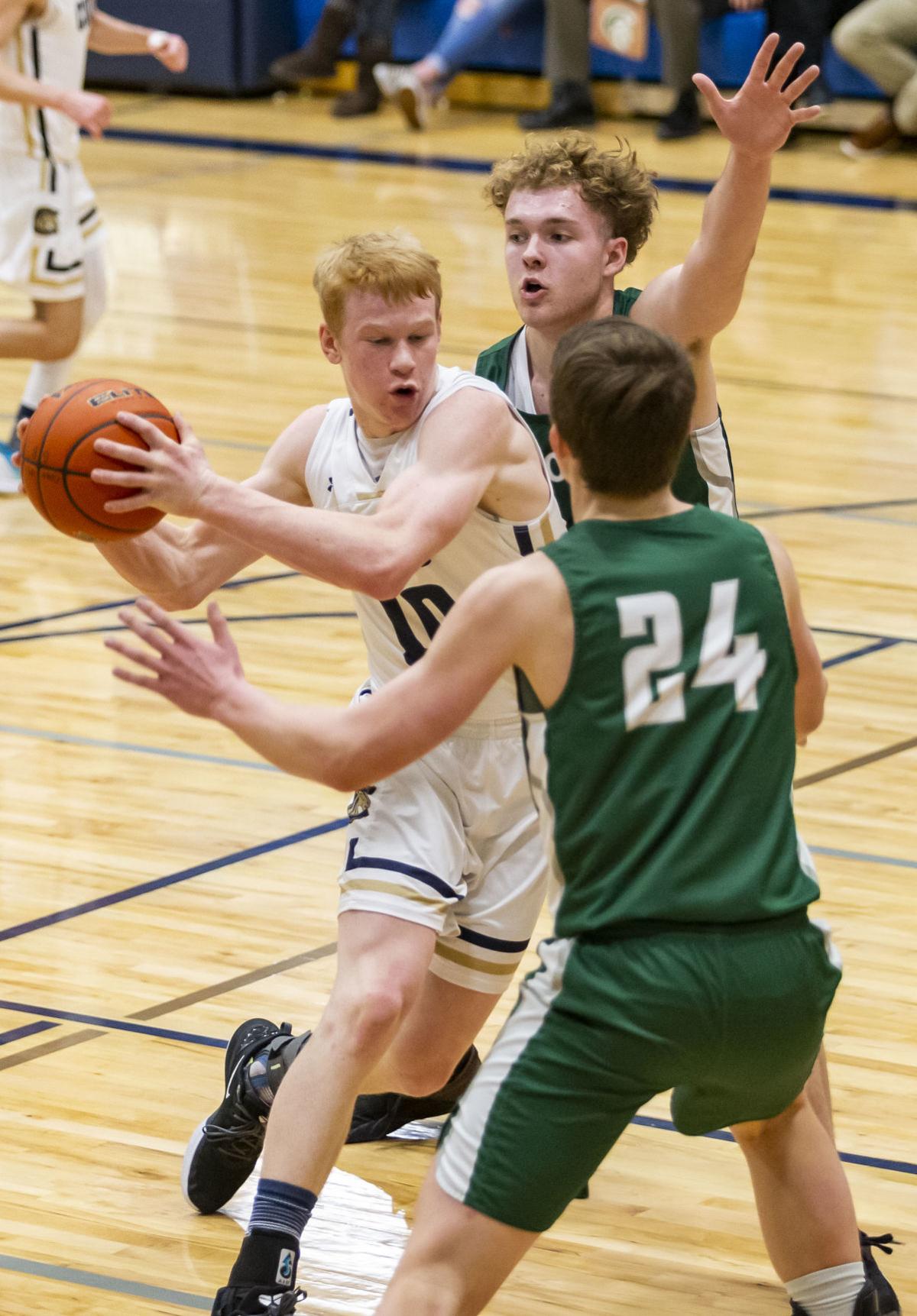 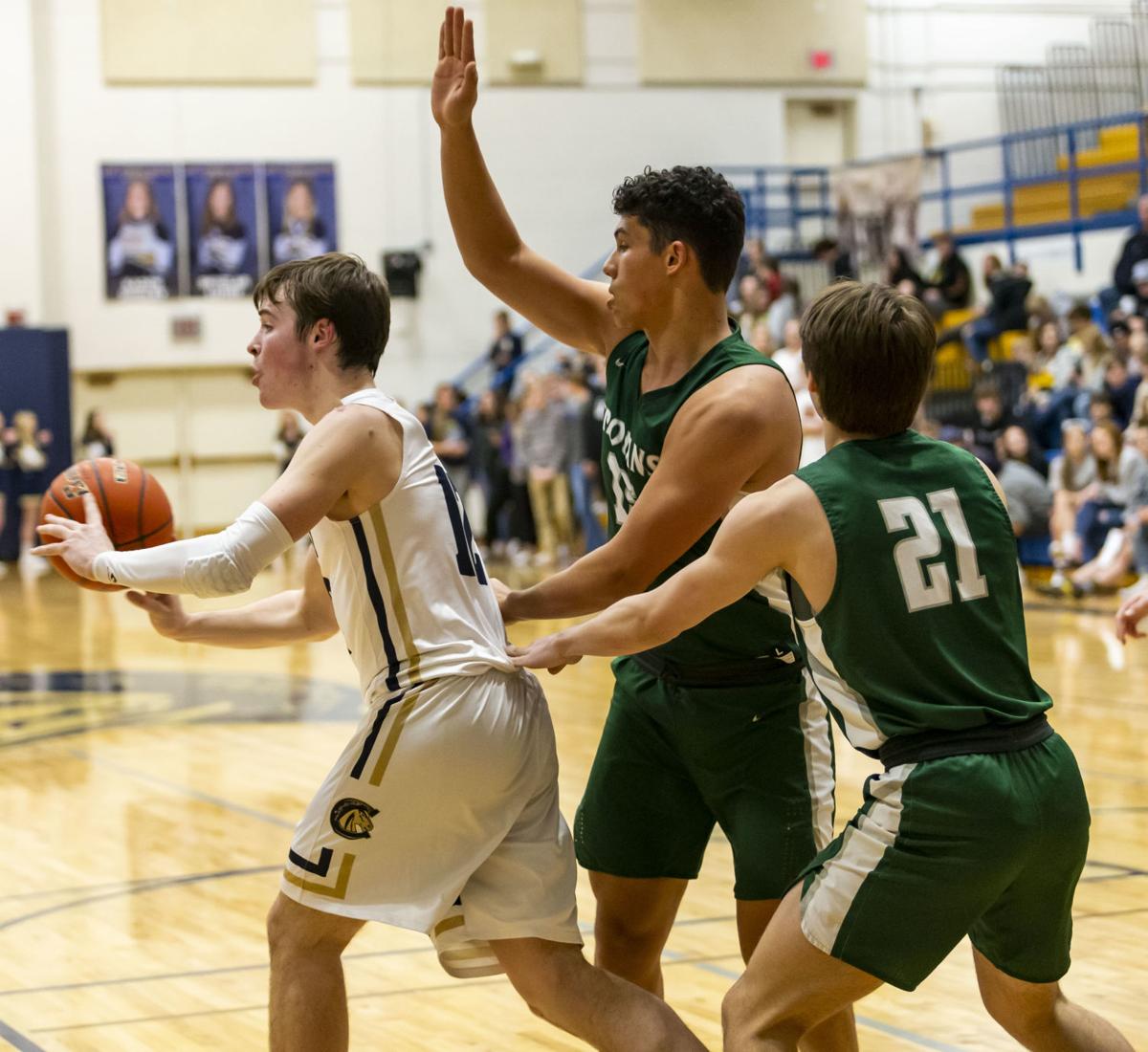 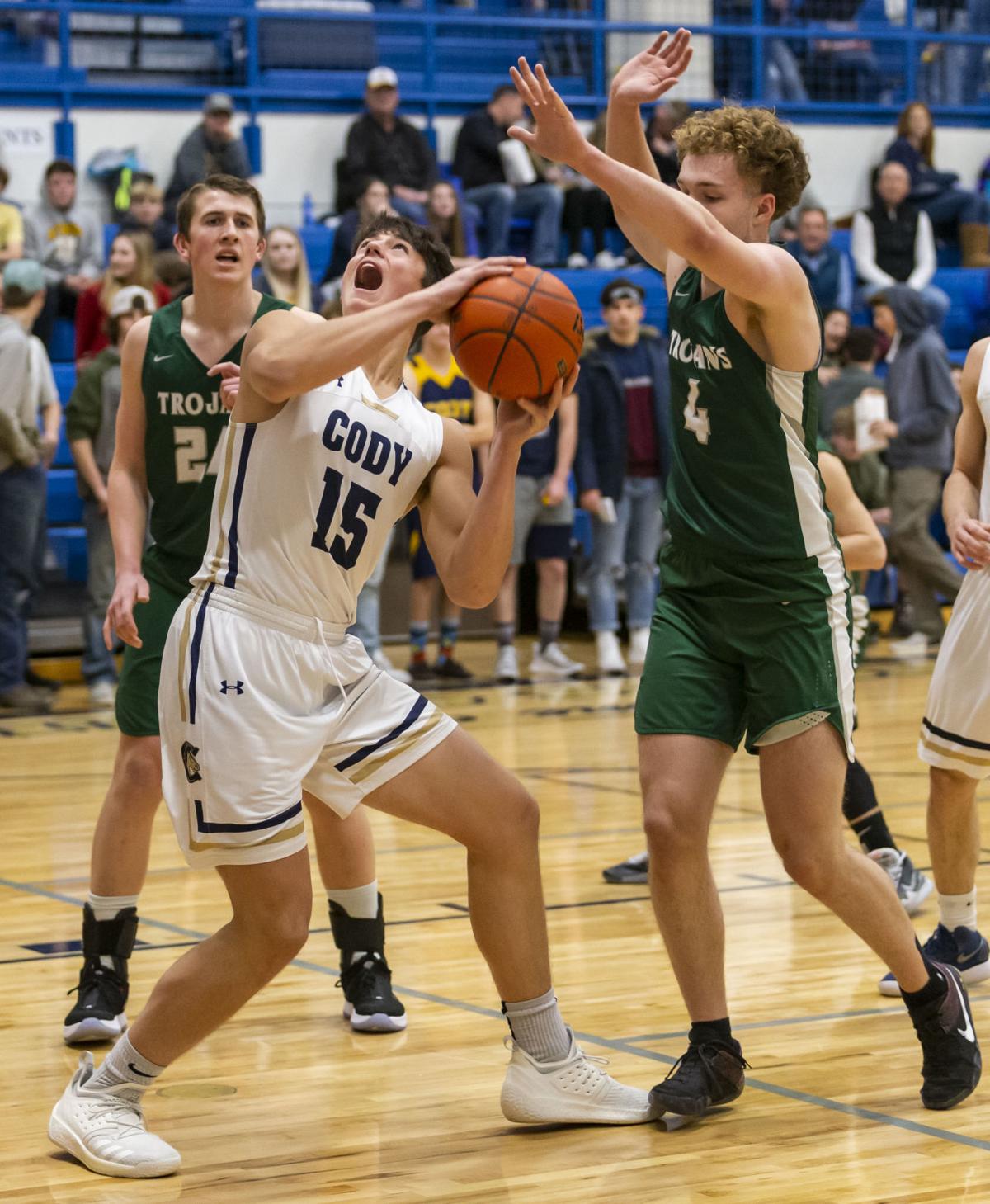 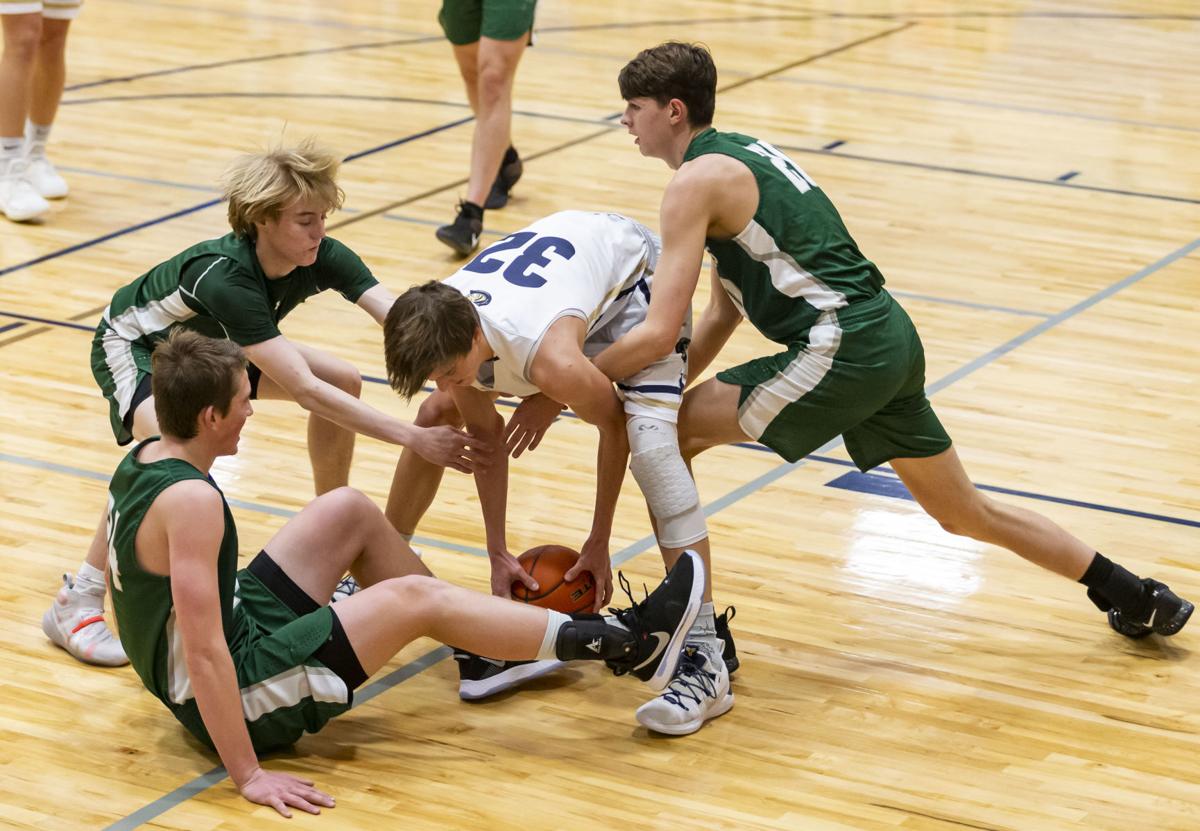 Turnovers and poor shooting plagued the Cody boys basketball team during the weekend, losing Friday to Kelly Walsh and Saturday at Rock Springs.

The Broncs fell 49-29 to Kelly Walsh. The Trojans zone defense slowed down the Broncs transition offense, exposing the size difference between the two teams.

Cody kept it close in the first half but could no longer contain the Trojans (12-6, 4-1) after the break, as Kelly Walsh matched its first half total in the third quarter.

Although the Broncs couldn’t find the bottom of the hoop early they did manage to draw nine fouls in the first half. Unfortunately they couldn’t capitalize from the charity stripe either, shooting 5-for-12.

“We should have had the lead based on the free throw line in the first half,” Kraft said. “I feel like we’re the cause of our own problems.”

Radakovich and Blatt led the Broncs with four points apiece at the half.

It was in the third when the wheels started to fall off for the Broncs, held without a single field goal in that quarter and outscored 17-1, flustered by the Trojan’s zone defense.

“We just couldn’t get shots to fall,” said Caleb Pryor. “Their zone gave us some problems tonight.”

After two consecutive Broncs turnovers led to Trojan fastbreaks, Cody found itself down 32-14.

The Trojans continued rolling in the fourth, taking a game-high 28-point lead. Kelly Walsh won the rebounding battle as well.

A Radakovich hook shot seemed to give the Broncs some offensive rhythm halfway through the fourth, followed by two Hays free throws and a layup. Cody outscored Kelly Walsh 14-6 to finish the game.

The Broncs strung together a better first half but could not keep it going the whole game Saturday, falling 65-52 to Rock Springs (8-12, 4-1).

After taking a four-point lead into the locker room off 19 first half points from Hunter Hays, the Broncs went cold for the last two quarters and they were outscored 36-19.

“I think in the first half we were really clicking well and shots were falling but in the second Rock Springs put some more pressure on the ball and our shots just didn’t go down,” Hays said

Hays finished with 21 points while Luke Talich chipped in 11 and Coy Novakovich had 10.

It appeared Cody had woken up from its shooting slumbers initially against Northwest quadrant opponent Rock Springs, nailing a trio of threes and taking a 10-point lead in the second.

The Broncs finished the first with a seven point lead and Hays kept the team rolling in the second, scoring his team’s first nine points of the quarter, capped off by a three from nearly half court.

Cody Phillips came off the bench in a big way in that frame as well, hitting a three and, on the next possession, drawing an offensive charge from the Tigers.

But Alan Martinez kept the Tigers within striking range, hitting three shots from beyond the arc in the first half.

The teams traded baskets late in the second and Cody held onto a fragile 33-29 lead at the end of two.

The Tigers started to get hot from deep in the third and eventually took their first lead since early in the first on a deep trey.

After Cody briefly took back control of the lead Hays then missed two free throws. The Tigers responded with a basket and then a three-point play for a 44-40 lead.

“They spread us out and we had a tough time guarding when they were driving to the rim,” Kraft said.

The Broncs will finish out the regular season 4:30 p.m. Saturday at home against quadrant opponent Riverton (4-14, 0-4). Cody will have the No. 3 seed in its quadrant for regional playoffs.

“We need to make better decisions,” Kraft said. “When we’re down a possession or two we start making poor decisions.”