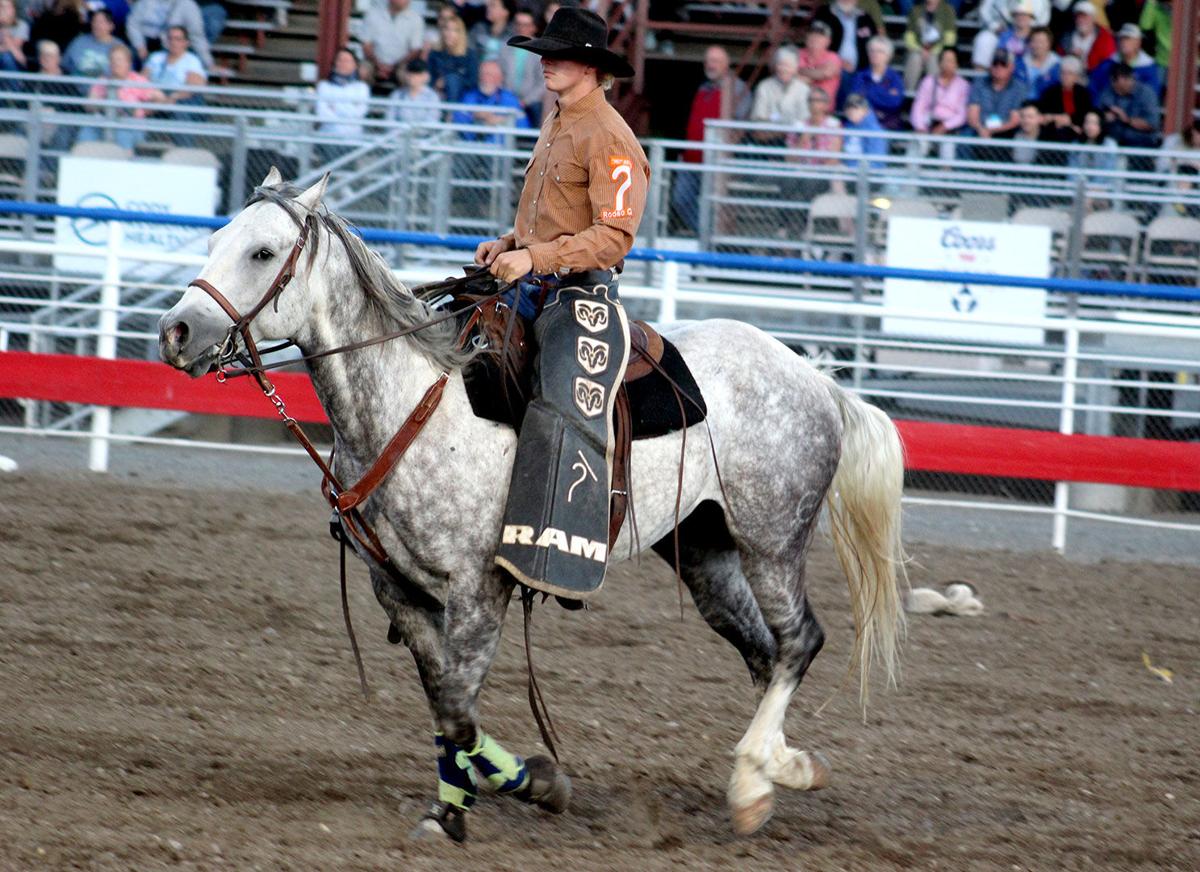 Nash Stanfield works as a pickup man at the Cody Nite Rodeo. 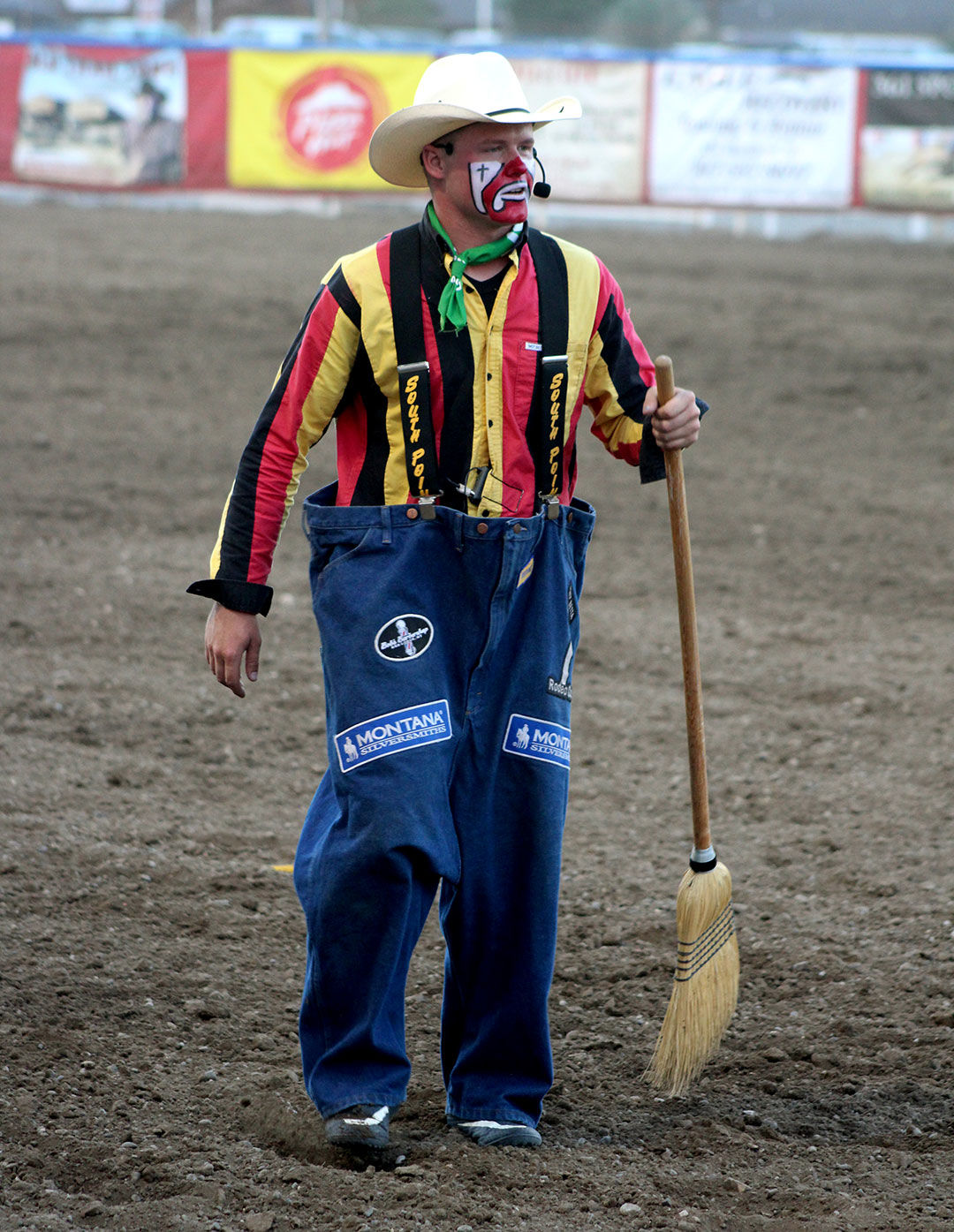 Tate Rhoads switched from bullfighting to clowning after he filled in one night at the Cody Nite Rodeo. 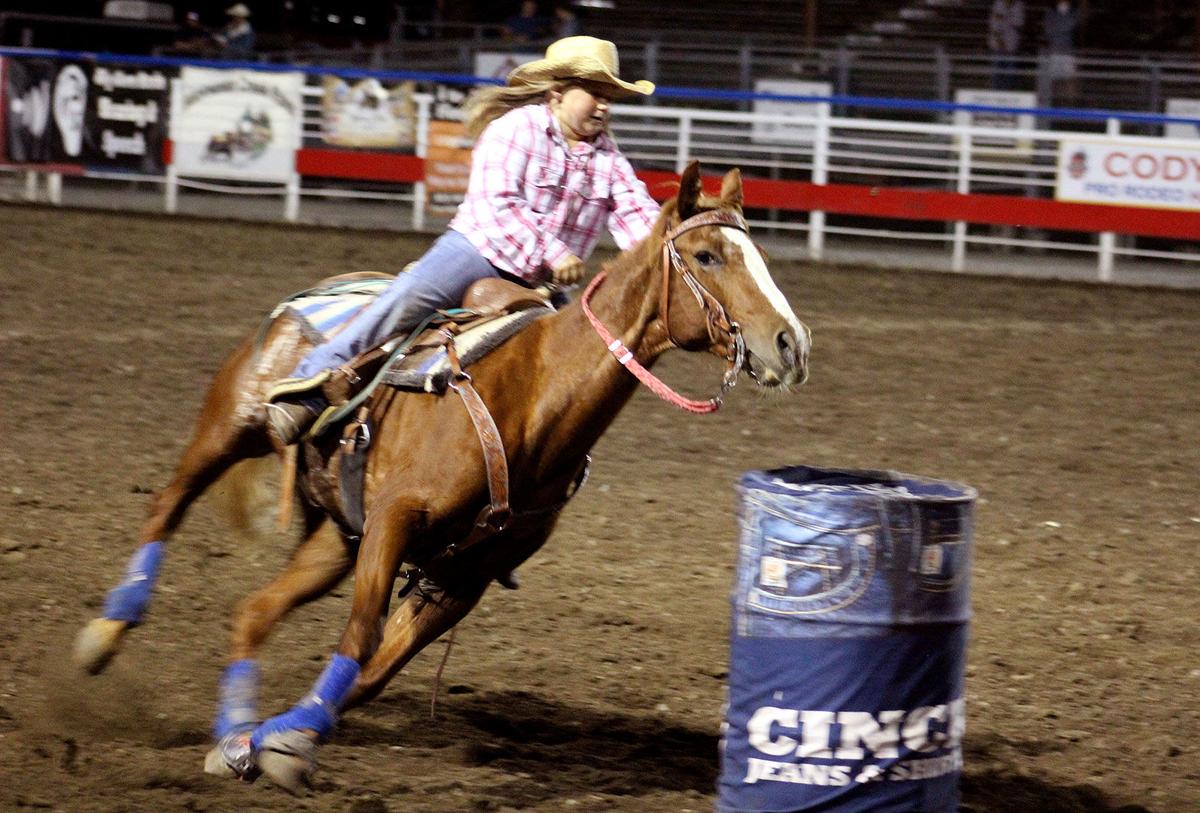 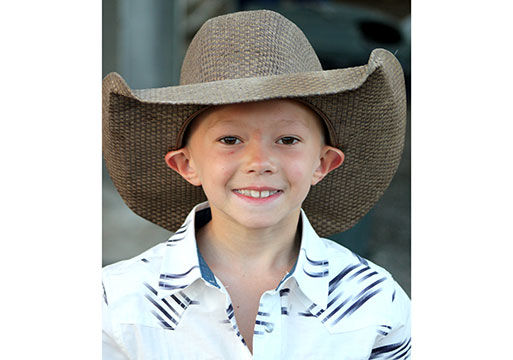 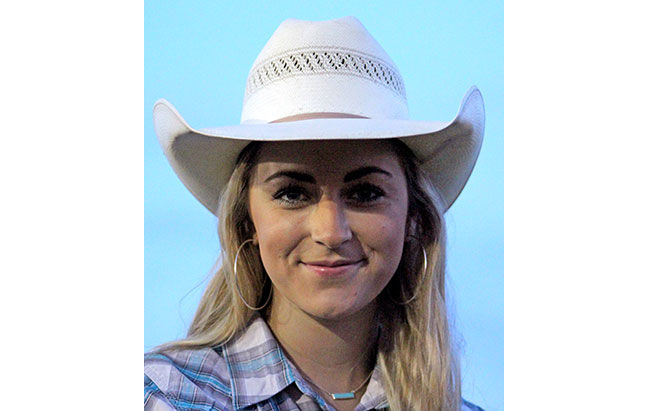 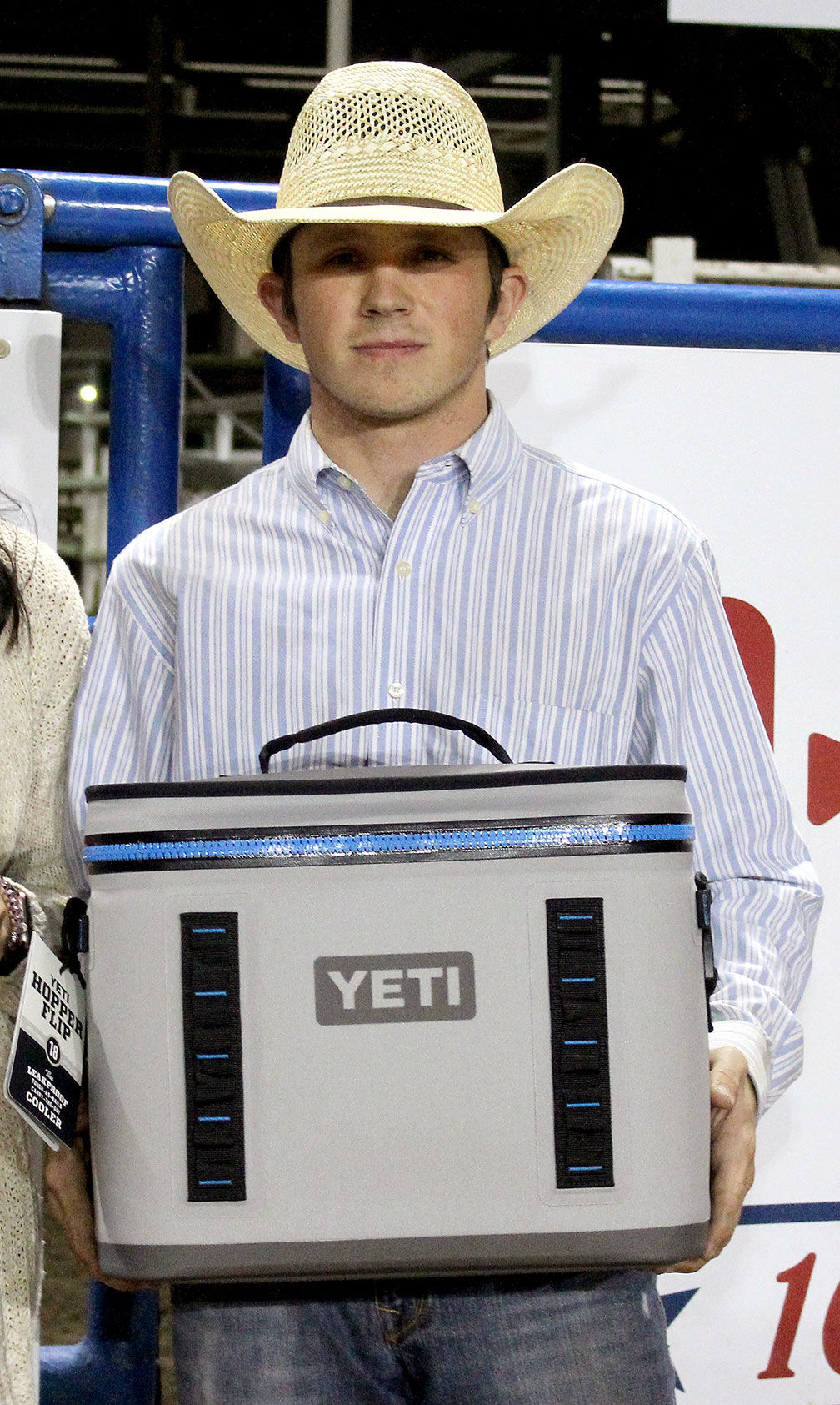 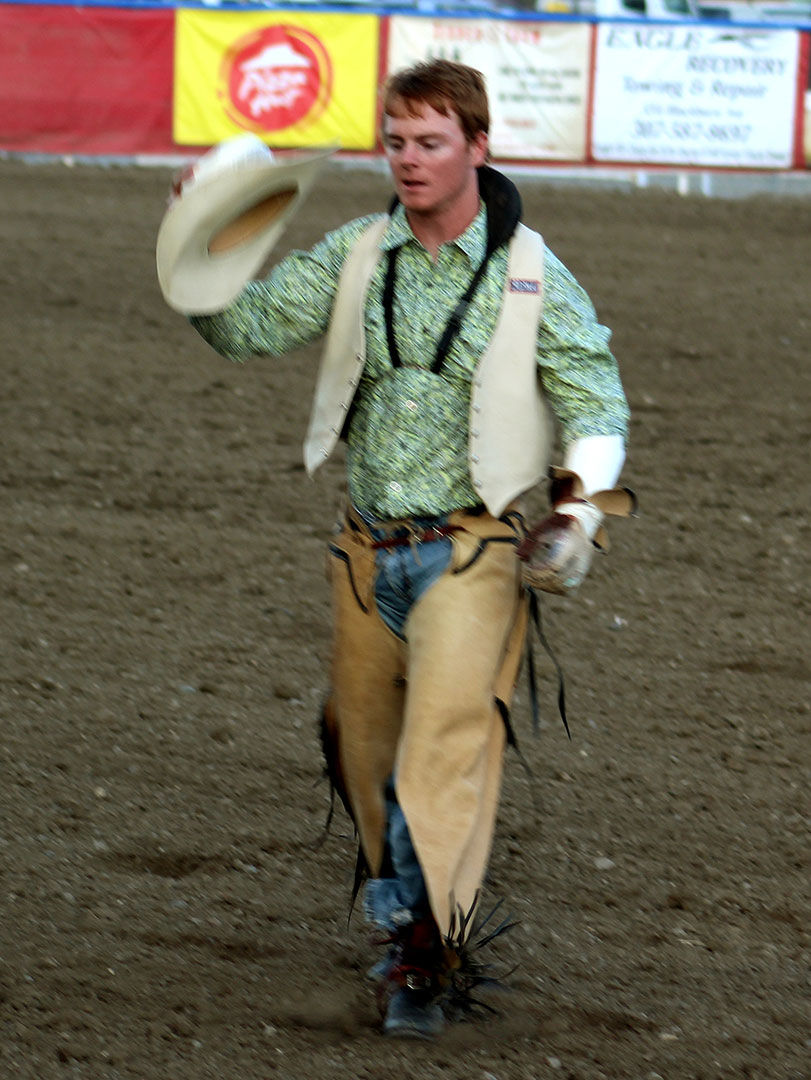 Nash Stanfield works as a pickup man at the Cody Nite Rodeo.

Tate Rhoads switched from bullfighting to clowning after he filled in one night at the Cody Nite Rodeo.

The funny man wiggled his butt in a dance, bantered with the announcer, told jokes and kept the Stampede Park crowd laughing between rodeo events.

From class clown in school, to rodeo clown in front of 1,000 people a night, Tate Rhoads has modified and polished his act with regular appearances at Cody Nite Rodeo over the last few years.

He originally came to town five years ago from Billings as a roper and focusing on training as a bullfighter, the profession he told his mother he was going to pursue after dropping out of welding classes at Gillette College.

Now 22, Rhoads has transformed from welder-wannabe fitting metal objects together with flying sparks to sizzling commentary.

Instead of a protective helmet, as the running rodeo clown joke goes, he has to be a special kind of guy to wear makeup and work at night, also displaying multi-colored striped shirts and baggy farmer overalls.

“I’m always the guy joking around and it fit my personality,” Rhoads said.

Rodeo people come to Cody Nite Rodeo to find themselves, learn the game or improve on their specialty. Some spend whole summers at Stampede Park. Some stop by for a few days.

Cody is unique because it is 90 nights a season. There is opportunity to compete nightly without breaks. There are chances to receive high-level coaching through a project run by the Nite Rodeo and the Professional Rodeo Cowboys Association.

And with junior barrels and junior bulls events there is also the chance for kids to find out if they truly have rodeo in them.

“Our goal is to make this so every kid in America wants to come here all summer,” said Nite Rodeo operator and Mo Betta stock contractor Maury Tate. “I don’t know if people in Cody realize how great this is for kids and how it is the best place to start. We’re just scratching the surface.

“The schools are great for us. The PRCA is running schools in Brazil and kids from there are coming here next year. Jeff Collins said he’s gonna bring his whole team here next summer.”

The men’s team from Panola College of Carthage, Texas, just won the 2019 National College Finals Rodeo under Collins, who spent part of July in Cody teaching.

Collins is one coach who Green said has helped him improve technique.

“I think I’m finishing my rides better,” Green said. “I try to enter as much as I can.”

He has taken some days off to soothe an aching back, sore from the bouncing he takes aboard those recalcitrant horses.

Goal is to learn

Some Cody Nite Rodeo work is definitely blue collar. A pick-up man does a lot of dirty work, hustling his horse after horses and bulls eager to enter the arena, but not to leave it.

While Tate has a reliable duo of longterm pick-up men in Dusty Moore and Daryl Lamb, Stanfield has been filling in or riding with them.

“A lot of guys I grew up with are pick-up men,” said Stanfield, 21, whose neighborhood for such a specialist breeding ground is Spring City, Utah.

“Dusty and Daryl are both really good,” Stanfield said. “Sometimes Dusty will say, ‘Let’s try this next time.’ My whole goal here was to come and learn. There’s a million ways of doing things.”

Escorting large, galloping animals out of the arena after a ride can require varying techniques since some refuse to go home to the corrals.

“It’s easier if it’s an older horse who knows the drill,” Stanfield said. “With bulls, you’re just trying to teach them where the hole (fence exit) is.”

Colt Cunningham, 20, won the July championship in saddle bronc, grabbing a buckle prize and qualifying for the end-of-season finals.

Cunningham, who has ridden for Clarendon College in Texas, said the every-night chance Cody Nite Rodeo provides is something that can benefit any young rider.

“It’s really, really good,” he said. “I would encourage any kid who wants to get better to come here.”

The Nite Rodeo differs from all others. It turns rodeo into an amnesia sport.

“If you make a mistake, you get right back on the next night,” Cunningham said, instead of brooding a week to make corrections. “It’s a whole new world. It’s been a whole lot of fun.

“Last year, when I had just started riding broncs, I would go rope. Now riding every day keeps me focused. But there’s still a long way to go. I’ve been roping longer. I think riding makes the roping be more aggressive.”

As a member of the Northwest College women’s rodeo team, Scout Yochum was aware of Cody Nite Rodeo and competed at Stampede Park occasionally.

“I’ve always heard about it,” she said. “I always thought it was cool.”

This year, Yochum, 20, from Lewiston, Idaho, has been a regular. Just a few nights ago she posted a 2.2-second time in breakaway to trounce a good field.

“It’s a good place to bring green, inexperienced horses to,” she said.

The college rodeo schedule spans five weekends in the fall and five in the spring after a few-month break. There are longer gaps than even between football games.

Not so at Cody Nite Rodeo. There are also plenty of challengers in breakaway for every rodeo. so there are no gimme nights.

“Every night everyone here knows what they’re doing,” Yochum said.

When Tate talks about kids in rodeo he is often referring to teenagers and early-20s entrants, but at Cody Nite Rodeo there really are opportunities for the smallest of children to start out.

Junior barrels is for girls 12-and-younger and sometimes riders who get their start in elementary school stick with it and graduate into the adult woman’s category.

More recently, junior bull riding has joined the show and the junior applies to the participants and the bulls. Although there are not many of them, this is open to girls, as well as guys.

Cheney, 10, one of five siblings or cousins who enter the kids events, has been riding a barrel horse for a while, but a month ago she began competing in junior bulls too.

“I wanted to do something else,” Cheney said.

It is a lot easier to stay on a barrel horse running the pattern than it is to remain aboard even a smaller bull for six seconds.

“You kind of have to do the opposite of barrels,” she said.

Asay, 7, of Powell, is just about the littlest rodeo competitor at Stampede Park. The perpetually grinning youngster with his wide-brimmed cowboy hat resembles a refugee from “The Little Rascals.”

That led to this summer and regular successful rides with the scores in the 70s and even 80s.

“I wasn’t raised on it like him,” Kanin said. “He steps out the front door and there are bulls. He has no fear.”

Kasen said he is having loads of fun. He also has figured out how to milk attention by hamming it up with a flashy, post-ride victory dance that wows onlookers and drives them to laughter.

He is simultaneously developing his bull riding moves and dance moves and he constantly seems to be adding new twists to the dance repertoire.

“All the time,” Kasen said.

Except for bugging teachers in school he had no experience. He volunteered for a night.

“I’ve never been so nervous in my whole life,” Rhoads said.

After a couple of tries, Tate told him, “I think you’ve got a bright future in the clowning deal.’”

Besides now following his heart, another tipping point behind Rhoads’ switch from bullfighting (and welding) to clowning is the hiring competition.

“You can’t even swing a rope in Las Vegas (at the National Finals Rodeo) without hitting a bullfighter,” Rhoads said.

When he performed at some rodeos in Montana, Rhoads said, he made double the money as a clown as he would have as a bullfighter.

During the first five days of August, as he was wrapping up his Nite Rodeo season before going on to other rodeos in other states, Rhoads was in evaluation protocol for the PRCA.

To obtain his pro card he needed recommendations from rodeo specialists and was getting them from clown Rumford, bullfighter Dusty Tuckness, and well-known announcer Wayne Brooks.

It is a fingers-crossed time. Rhoads hopes he gets the OK by the end of August, then he can truly begin getting serious about being a clown.

“It’s my goal to go to the National Finals Rodeo,” Rhoads said.

And his mother will be so proud.