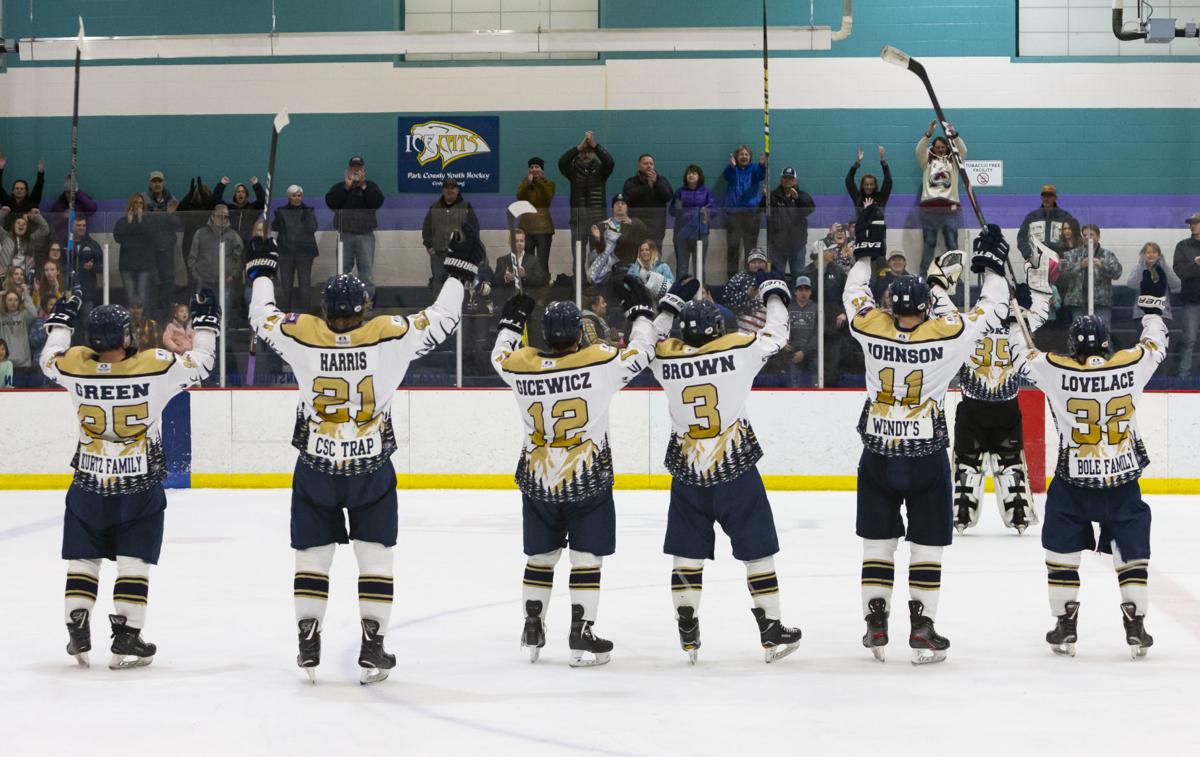 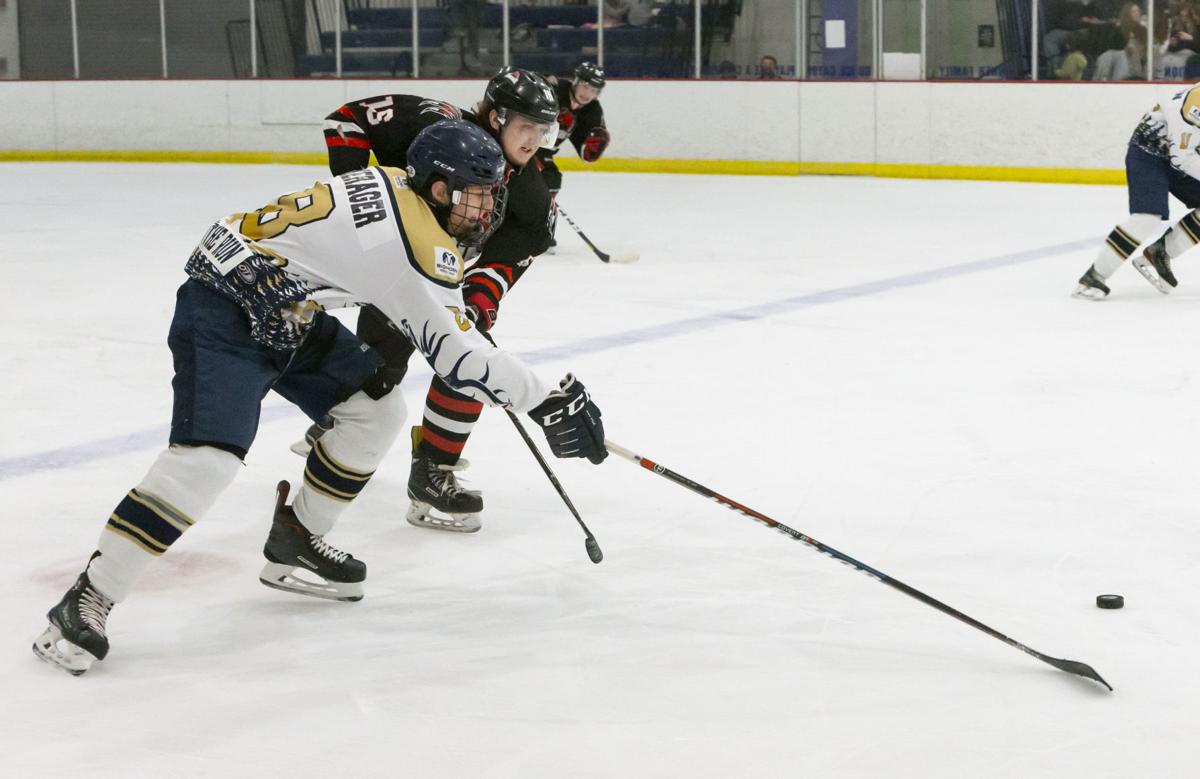 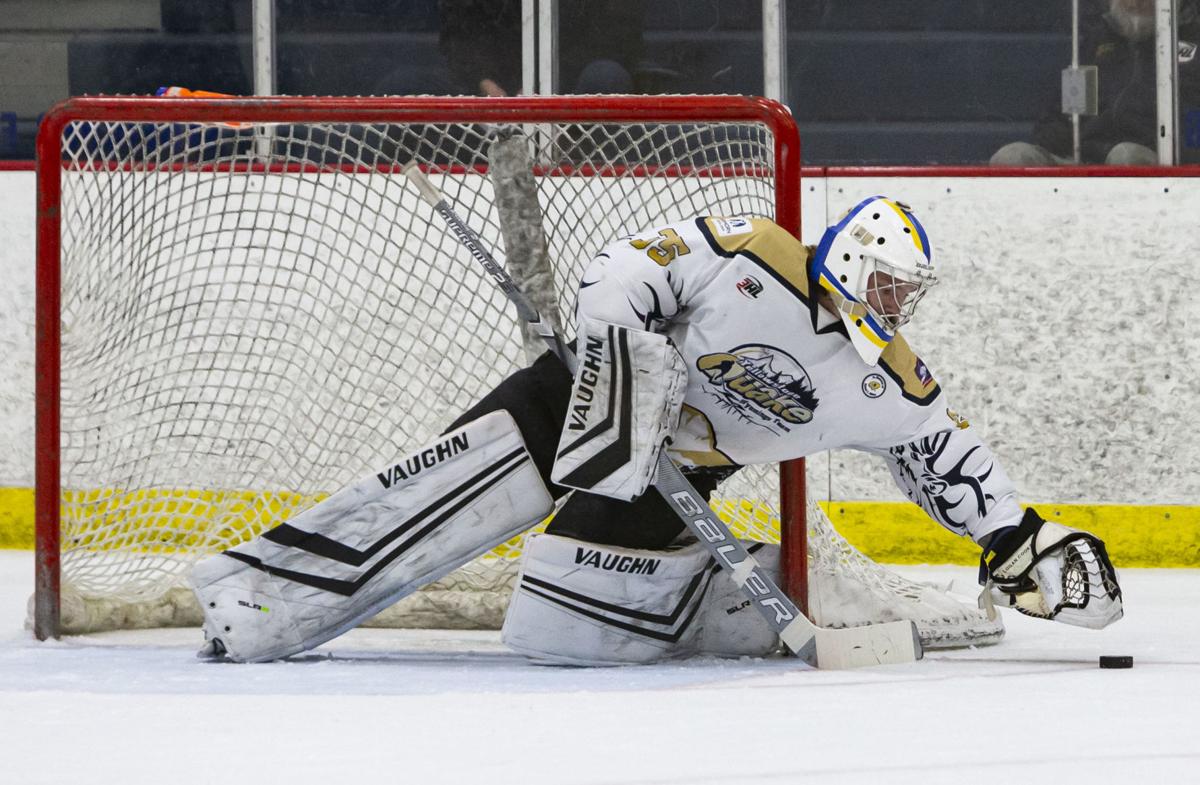 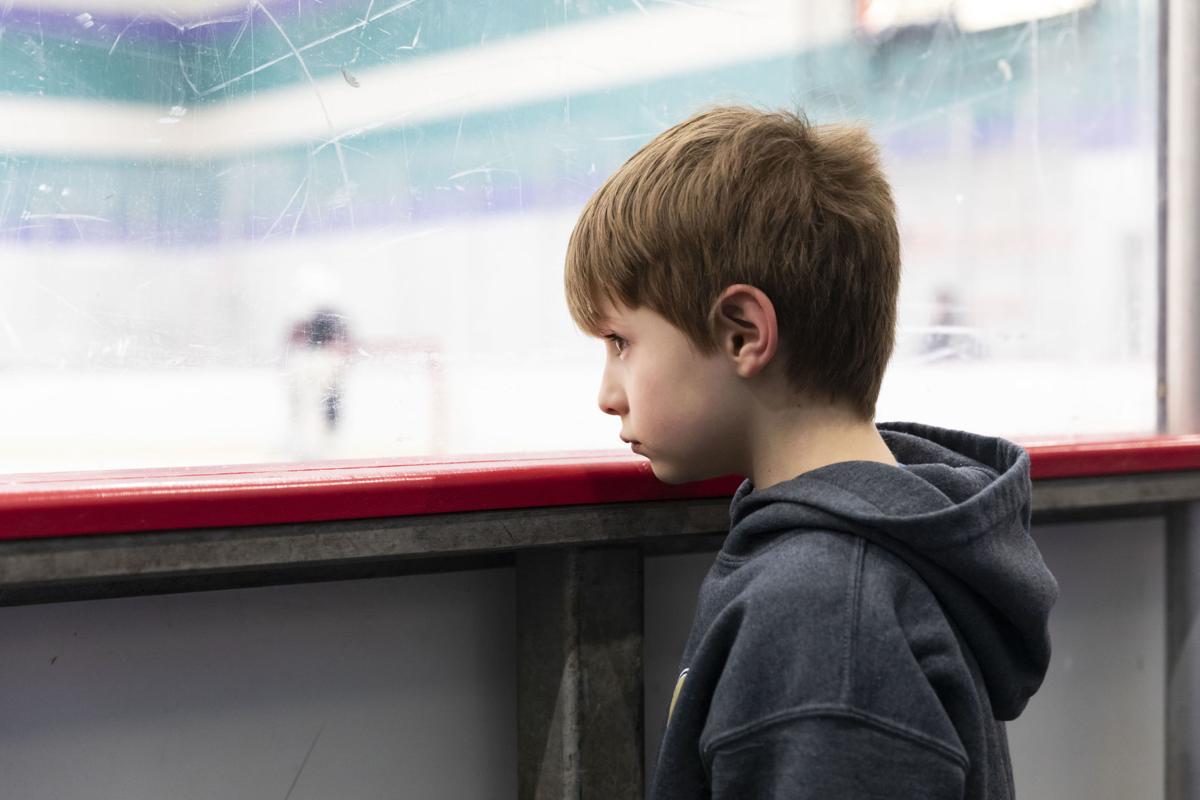 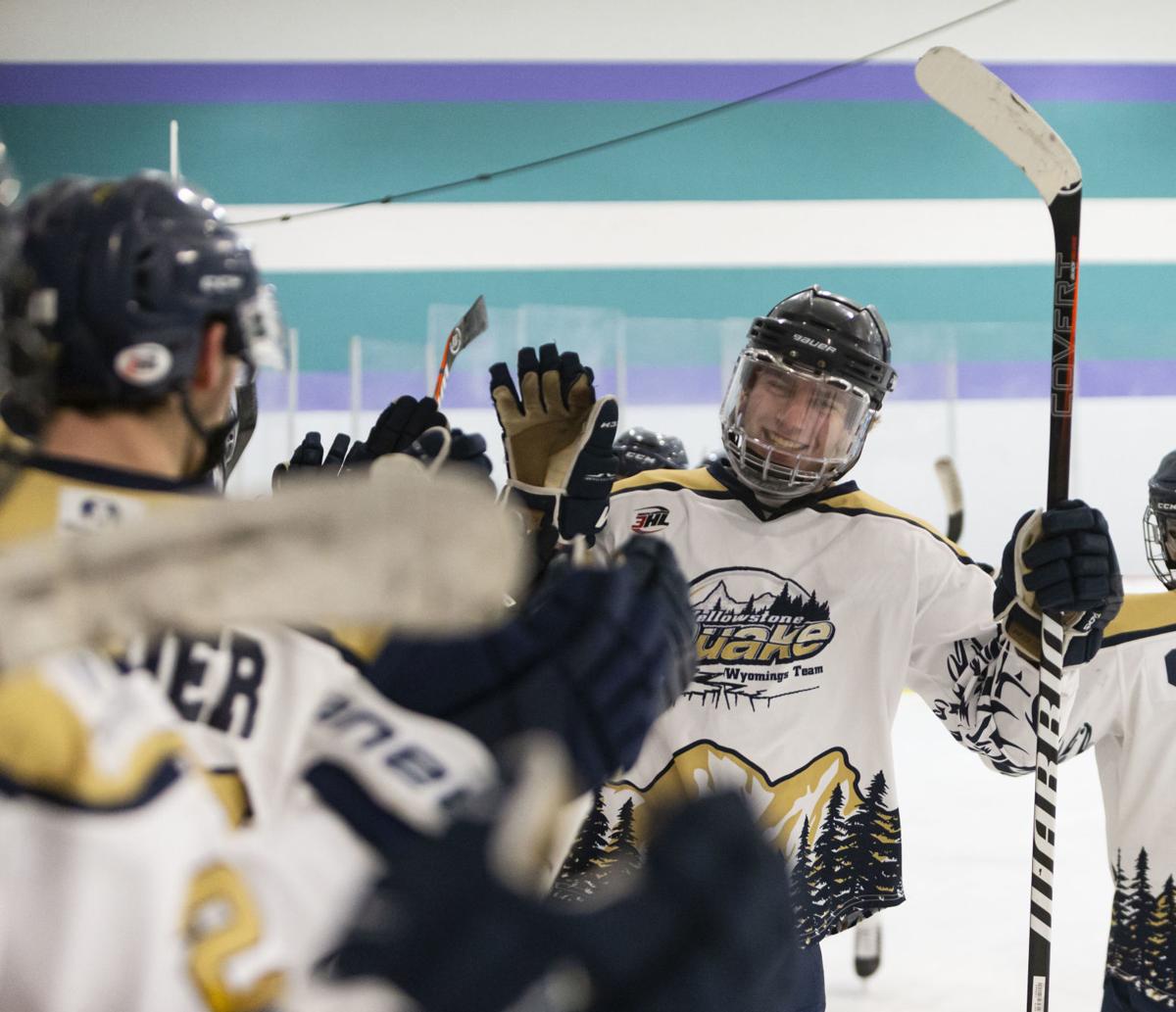 Forward Will Sobaski high fives his teammates after scoring against Missoula Friday at Riley Arena. 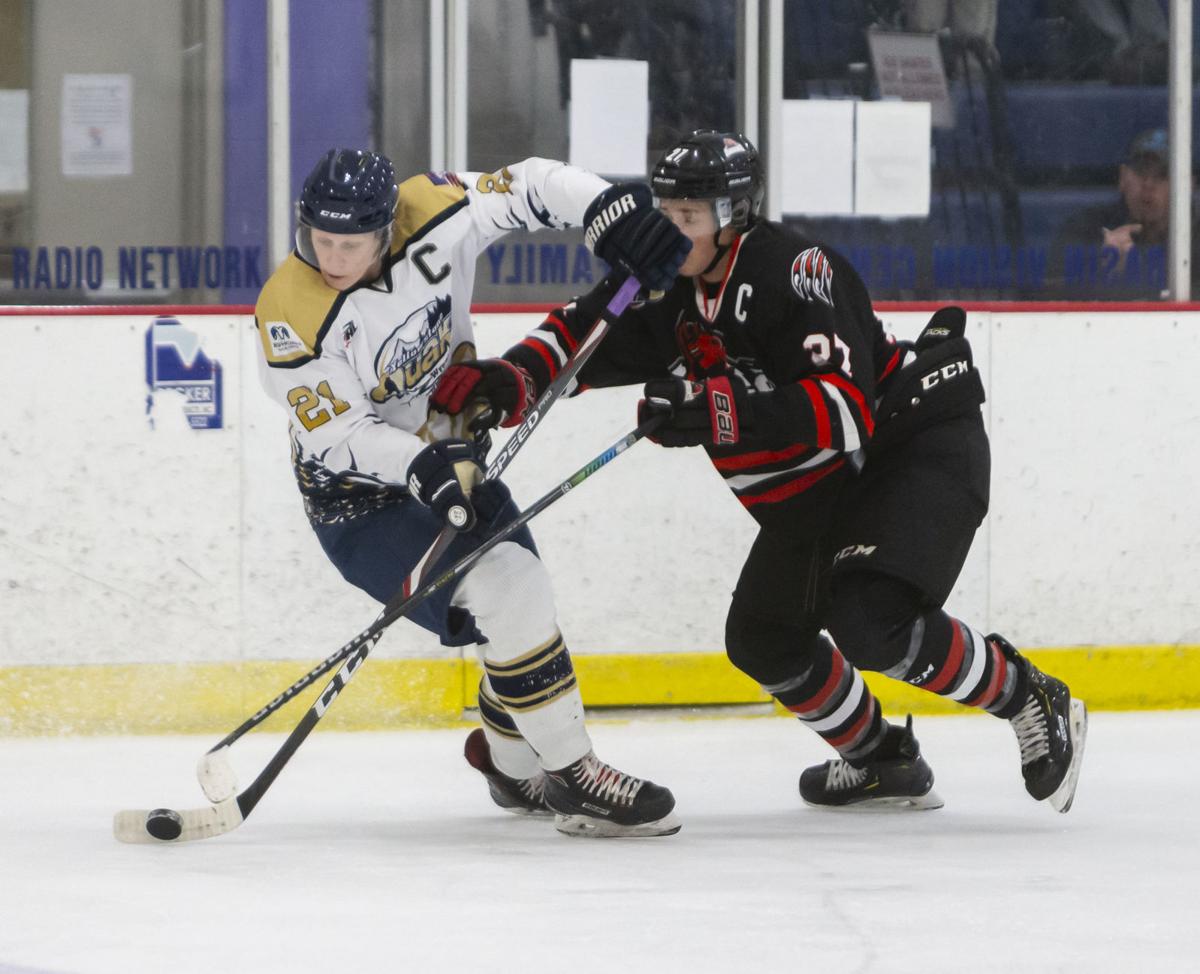 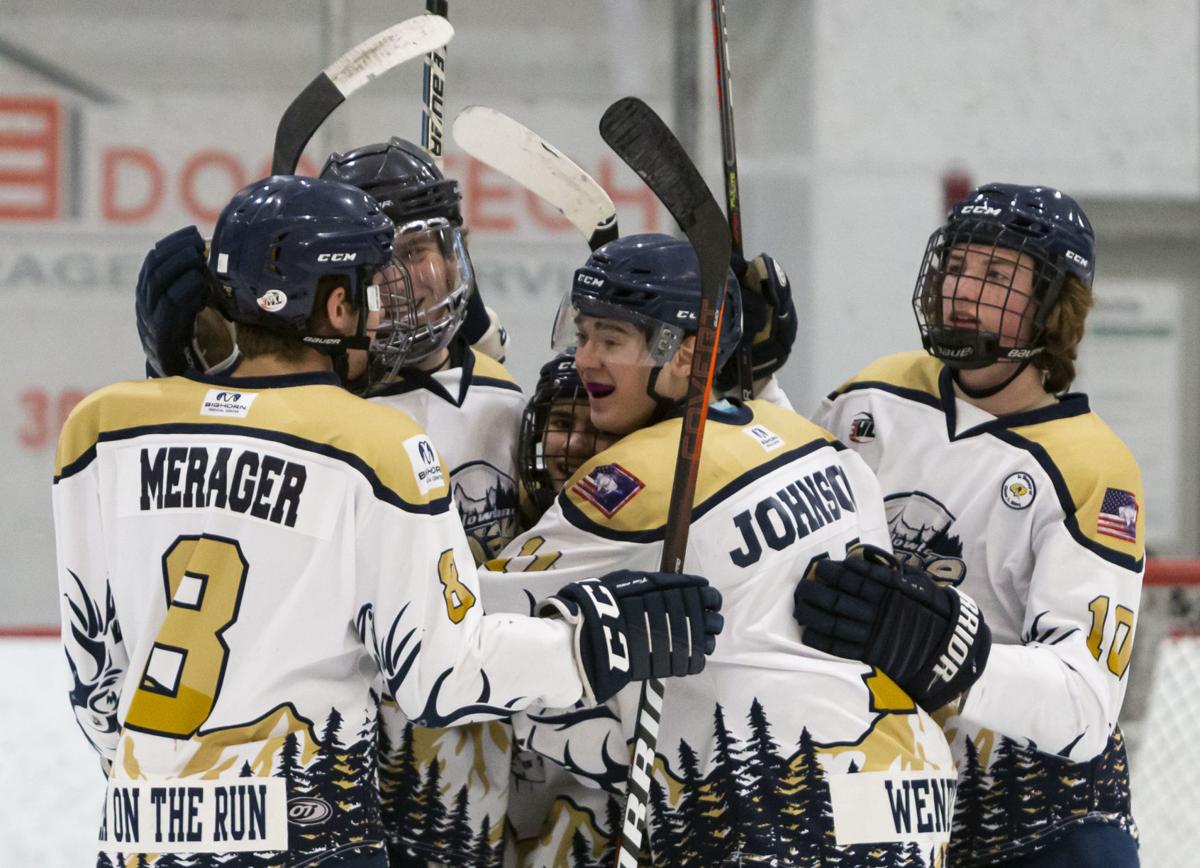 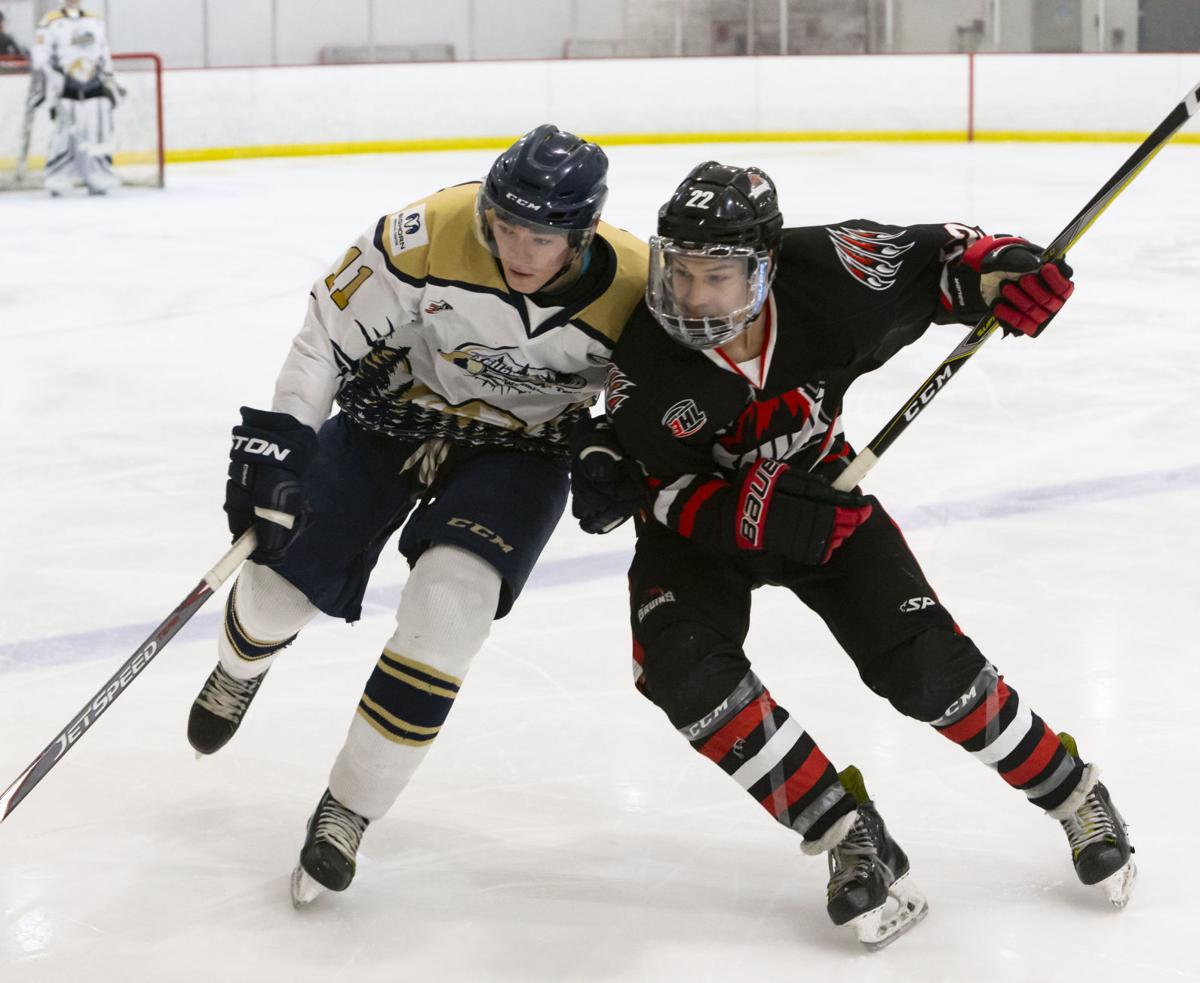 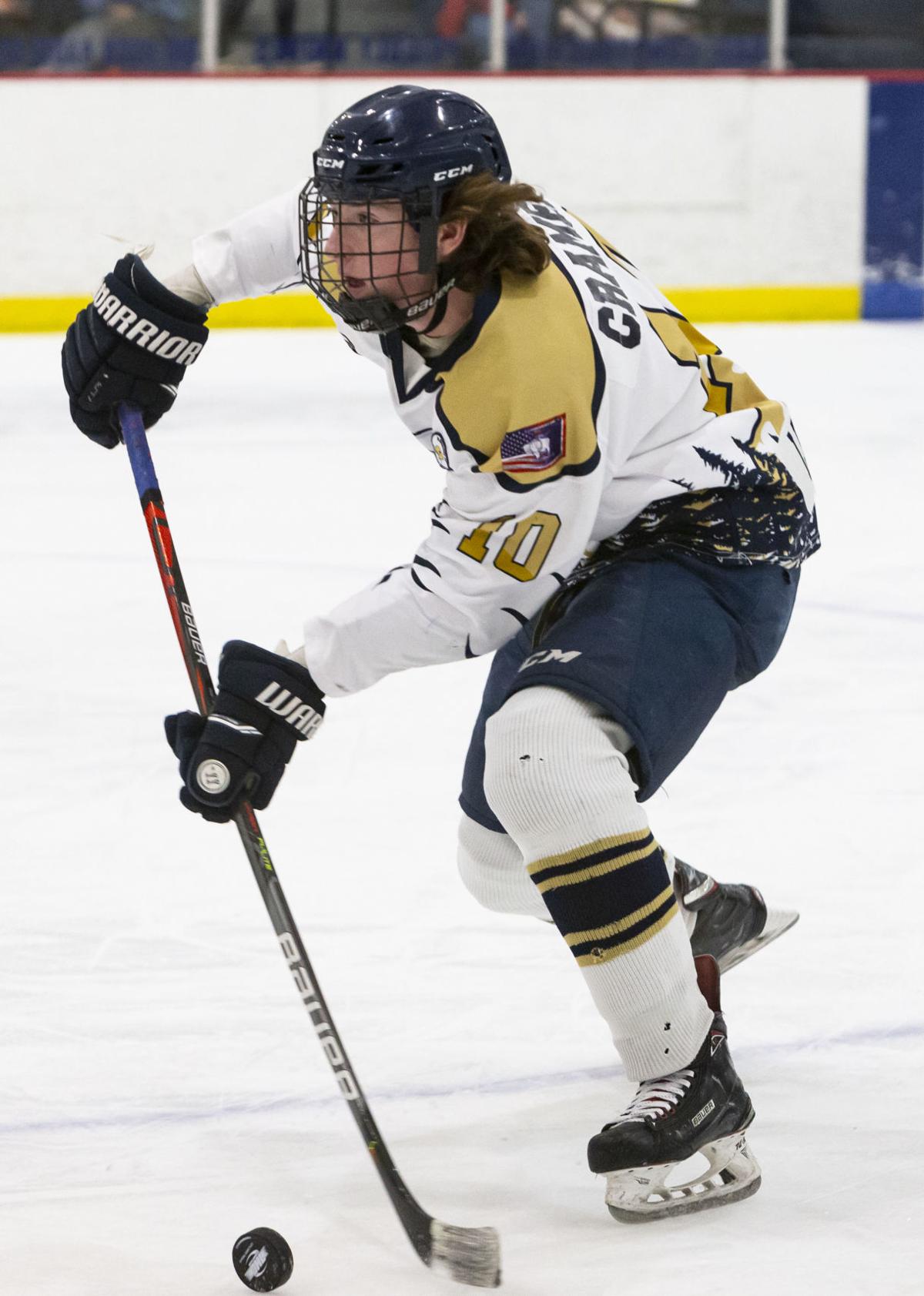 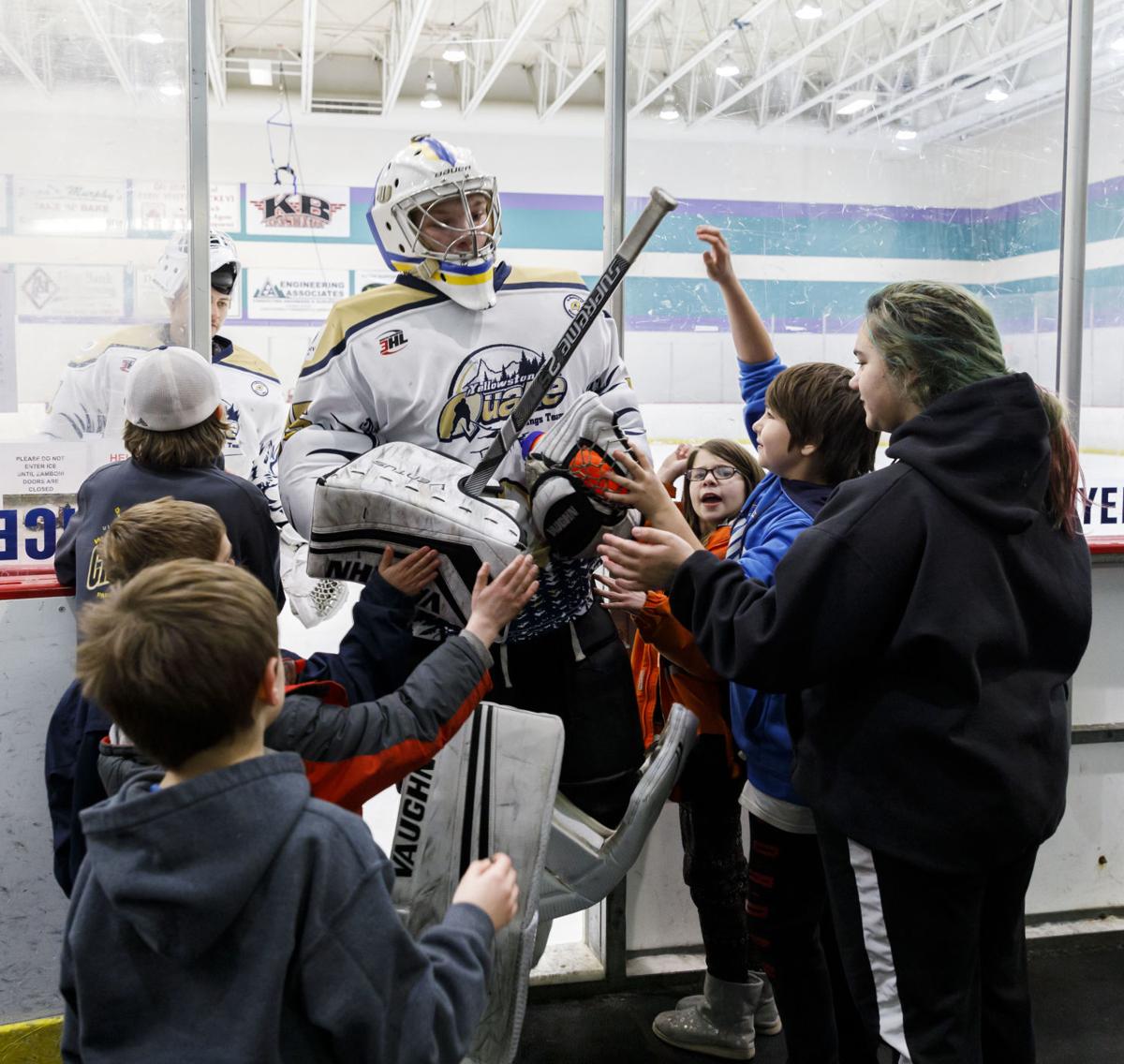 Forward Will Sobaski high fives his teammates after scoring against Missoula Friday at Riley Arena.

When Jack Harris stepped into the captain’s role for the Yellowstone Quake on Friday night for the first time in his three-year career, he took on more than just the responsibility of leadership or a “C” designation on his jersey. Most importantly, he harnessed the importance of timely play.

Harris scored the winning goal as the clock expired in overtime, giving the Quake a 4-3 win over Missoula.

The phrase “better late than never” couldn’t have been more apt to describe Harris’ score. With about 10 seconds left, he skated toward the net with the puck. As the defense rose up to block his shot, Harris swerved to the inside and slapped it home.

Although a goal in overtime hockey automatically ends the game, if Harris had sent his shot off even one second later the goal would have been waved off. The play blew dead with 0.0 left on the clock as the Quake rushed onto the ice in celebration.

“It meant a lot,” Harris said. “That experience is helping me lead.”

Coach Phil Oberlin said he nominated Harris and Evan Snyder as home captains shortly before the game. Kirwin Johnson and Jon Green will be captains on the road.

“I wanted to make sure all four are recognized,” Oberlin said.

But the Quake would’ve never had to rely on late game heroics if  it hadn’t given up a late lead. Up 3-1 after a Cade Rosansky toe-drag goal, the Bruins climbed back in it with two unanswered scores.

“We just have to make sure we’re ready to go each period,” Oberlin said. “That start and finish of every period is really important.”

Over the last four games, the Quake have given up six goals in the last five minutes of a period.

Rosansky led the team with two assists and a goal while Michael Allman made 33 saves in net.

Rosansky, a native of Michigan, is a first-year Quake player. Of the team’s newcomers he has been far and away the best, notching 12 goals and 25 assists on the season, and is third on the team with 37 points. Over the past five games he’s had two goals and seven assists.

“I think I got my mental game down,” Rosansky said. “I kind of struggled with that for awhile and kind of figured myself out.”

Rosansky said getting used to a new system took more time than he expected. By finding more “creative” ways to attack the net, he has found better touches and strokes with the puck.

“I’m trying to get shots on however I can,” he said. “Trying to step out my comfort zone.”

Oberlin said Rosansky and the team have also benefited from players returning from injuries and lines becoming more balanced as the season progresses.

On Saturday, Yellowstone broke open a 1-1 tie in the second when Rosansky scored a power play goal. Green and Dylan Rumpke added two more scores in that period to make it 4-1 heading into the third.

Though the Bruins scored twice more, Harris also scored in the third to help stall any comeback effort.

With the pair of wins, the Quake improve to 16-19-2 on the season, just one point out of fourth place in the Frontier division. The team has won eight of its last 12 games since Dec. 15, but will face much tougher foes for the remainder.

“I think every single team in this division, we have the chance to compete against,” Rosansky said.

The Quake will stay at home for a marquee matchup with the Sheridan Hawks (30-6-1) 7:30 p.m. Friday and Saturday. The last time the teams played in November they split a weekend series.

“(Sheridan) outshot us a lot but we’ve got good goaltending and we’ve just got to block shots, and really focus on keeping the puck in the zone,” Rosansky said.