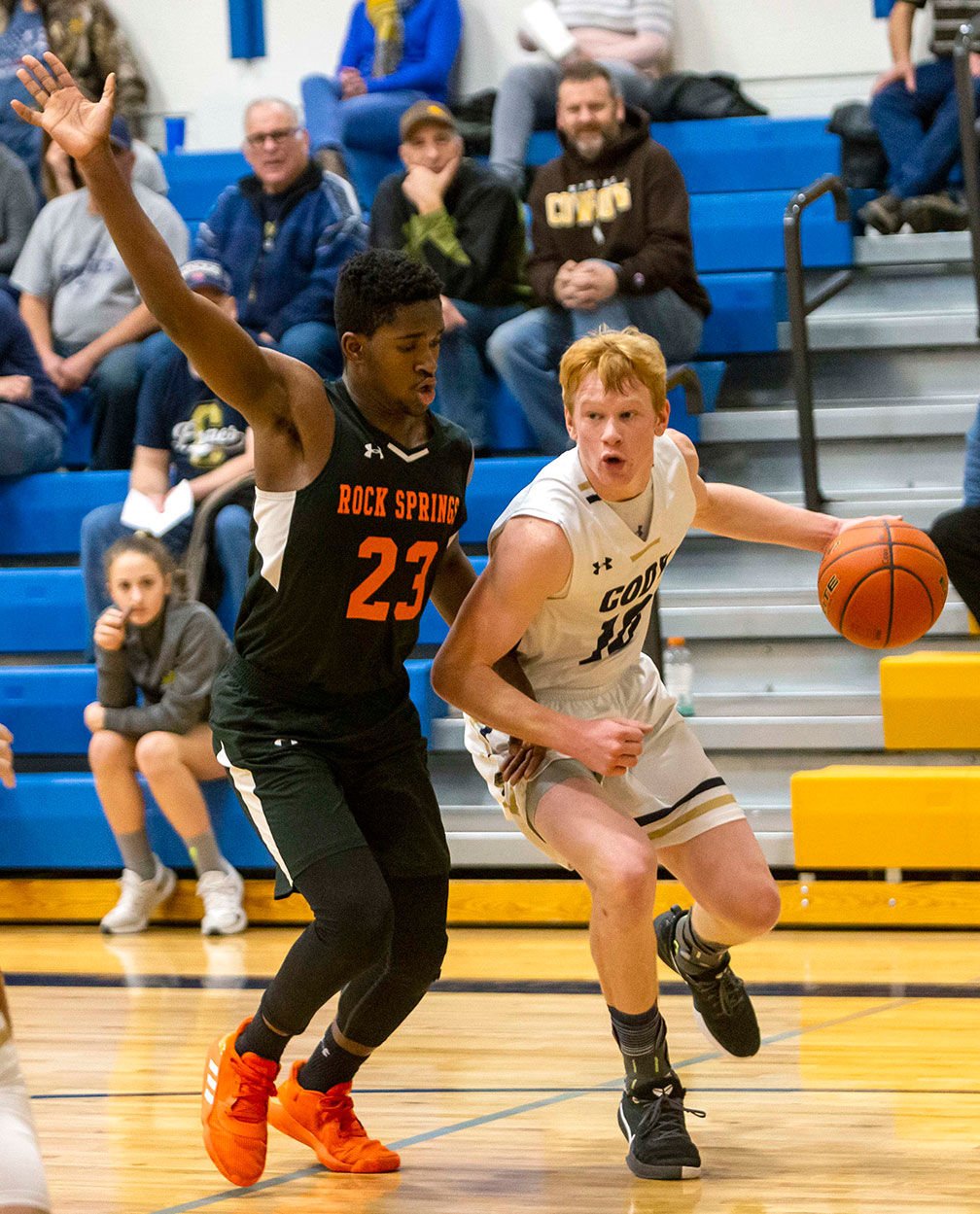 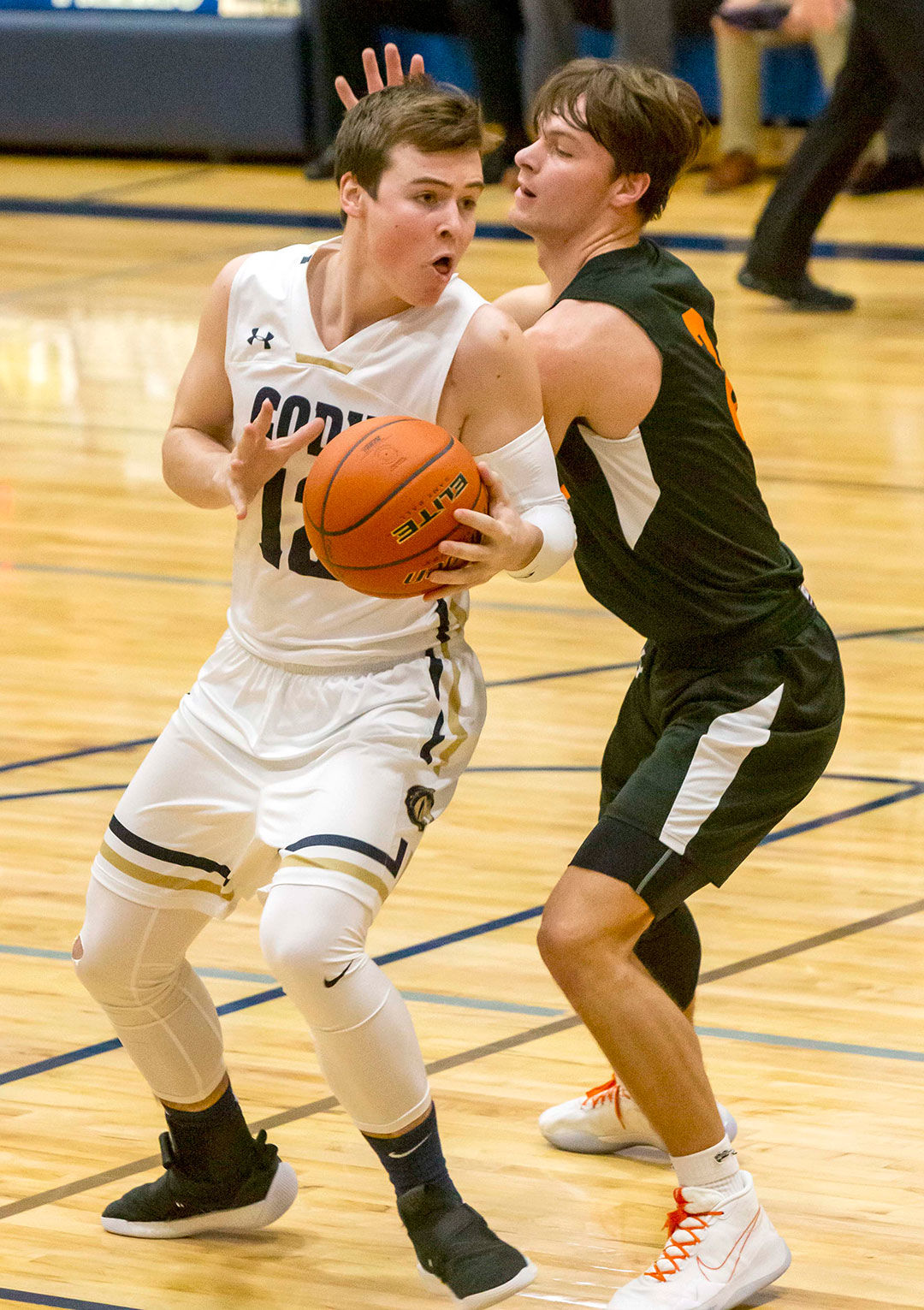 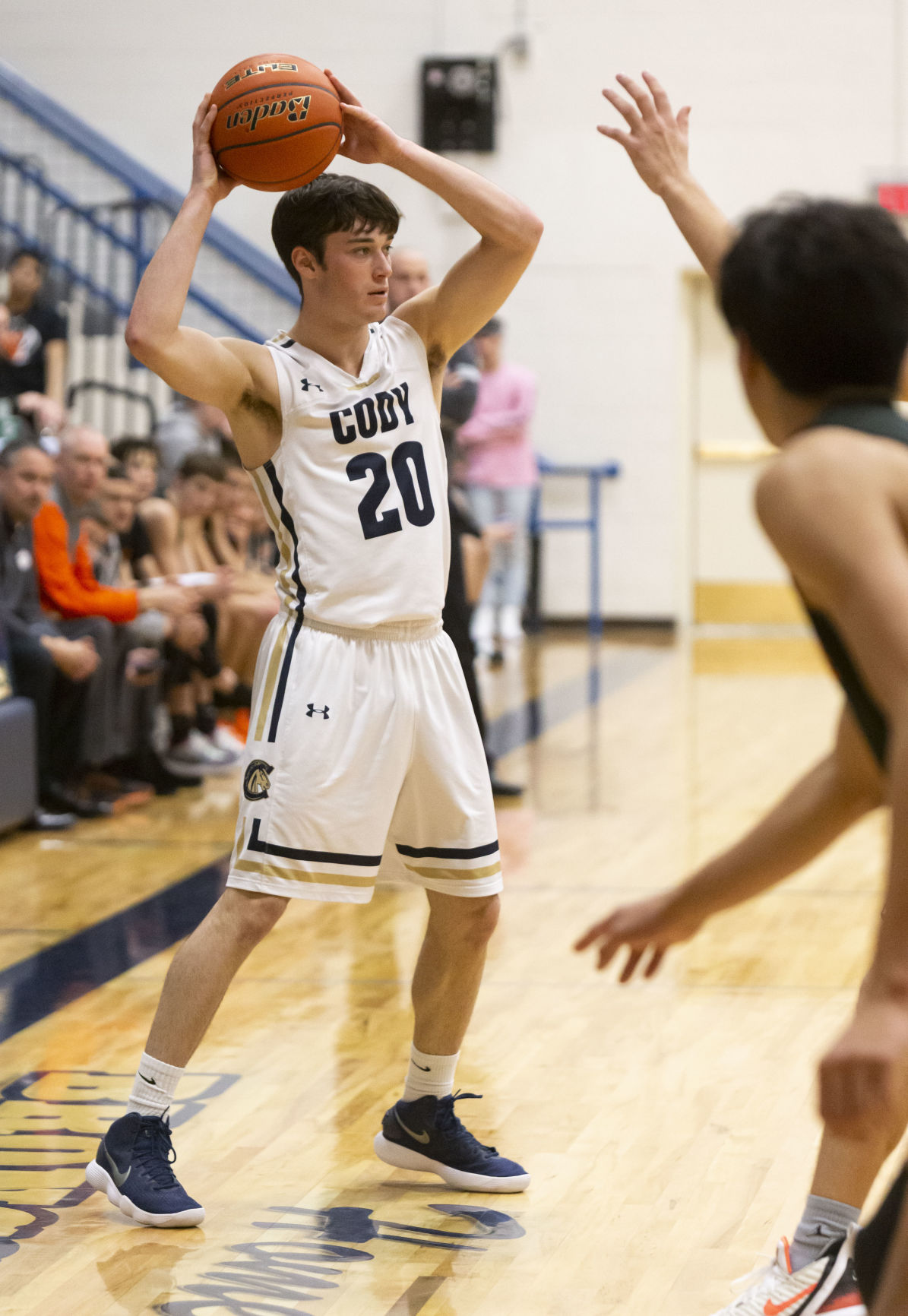 You know the defense was good when the coach says, “It was our best half of defense we’ve had all year.”

That was Cody boys basketball coach Jacob Kraft reflecting on his team’s 64-37 Saturday afternoon victory over Rock Springs at Sweitzer Gym. Actually, to dissect it a little more, the Broncs held the Tigers to four points in the second quarter and eight in the third, which was not truly a half. But he was referring to the second half as a whole before Rock Springs got a flurry of points at the end to move up from 30 points.

Friday night, the Broncs lost to Kelly Walsh, 61-47, in Casper. Forward Hunter Hays had 23 points, four rebounds and three blocks, but Kelly Walsh hit too consistently from the outside to pull away in the fourth quarter.

The split gave Cody a 4-7 record on the season.

Since the Broncs did not get home from Friday’s game until 1 a.m. Saturday, they might well have been sluggish against Rock Springs, but things did not play out that way. Throughout the weekend, Cody shifted defenses and put fresh emphasis on a 2-3 zone.

“It was the first time we really used it,” said forward Tristan Blatt. “We don’t really have the height of other teams inside.”

Kraft praised Blatt’s 11-point, 6-assist game against Rock Springs as “gutsy” because he spent the entire weekend trying to fend off illness. Blatt also had 8 points versus Kelly Walsh. Cody had two more players in double figures in the Rock Springs game, guard Coy Novakovich with a team-high 14 points, and center Duncan Radakovich with 10.

The victory over Rock Springs was particularly satisfying after the challenge in Casper, the long road trip, and the way the defense contributed.

“It was fun,” Radakovich said of the triumph. “Giving up only 37 points the entire game. That was pretty impressive. That’s what we worked on all week.”

Kraft did drill the Broncs on defense entering the weekend, the scores indicating they listened to his teaching lessons. However, Kelly Walsh had its own commitment to D that made it tough for everyone but Hays to score.

“Kelly Walsh had one of the best defenses I’ve ever seen,” Radakovich said.

Cody was within five points with four minutes to go, but Kelly Walsh’s outside shooters got hot from beyond the arc at the wrong time.

“Thought we came out and matched Kelly Walsh’s intensity and physicality,” Kraft said. “Thought we moved the ball better than we have in recent weeks.”

It was 19-16 Kelly Walsh after the first period and 32-31 at halftime. The Broncs just could not get much going offensively in the second half.

Against Rock Springs, Cody had 10 different point-getters for the box score. Besides the trio of double-figure guys, Luke Talich had 9, and Caleb Pryor 7.

“Caleb Pryor came off the bench to add 7 points and give us good minutes throughout,” Kraft said.

The Broncs have just one game this week, Saturday afternoon at home against Buffalo.