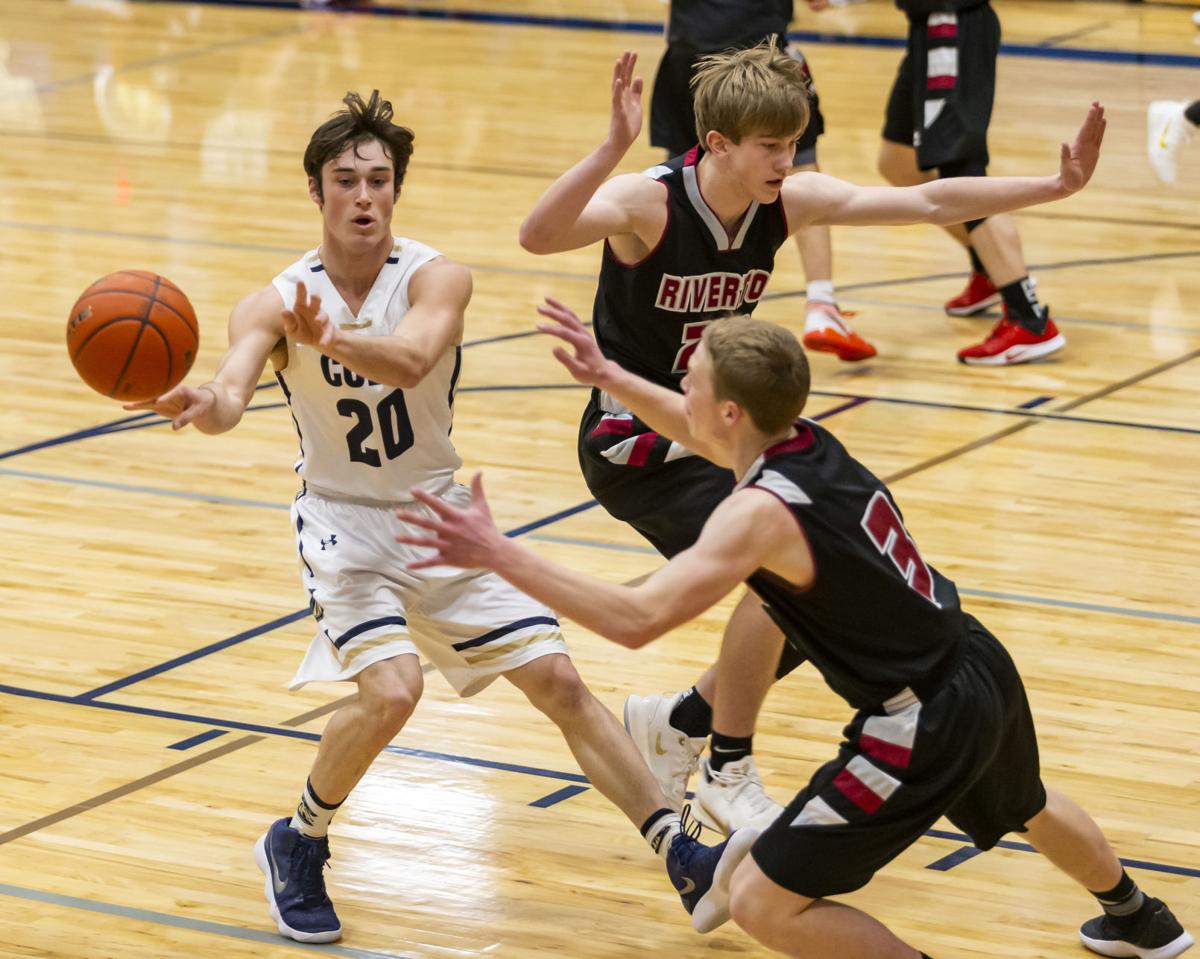 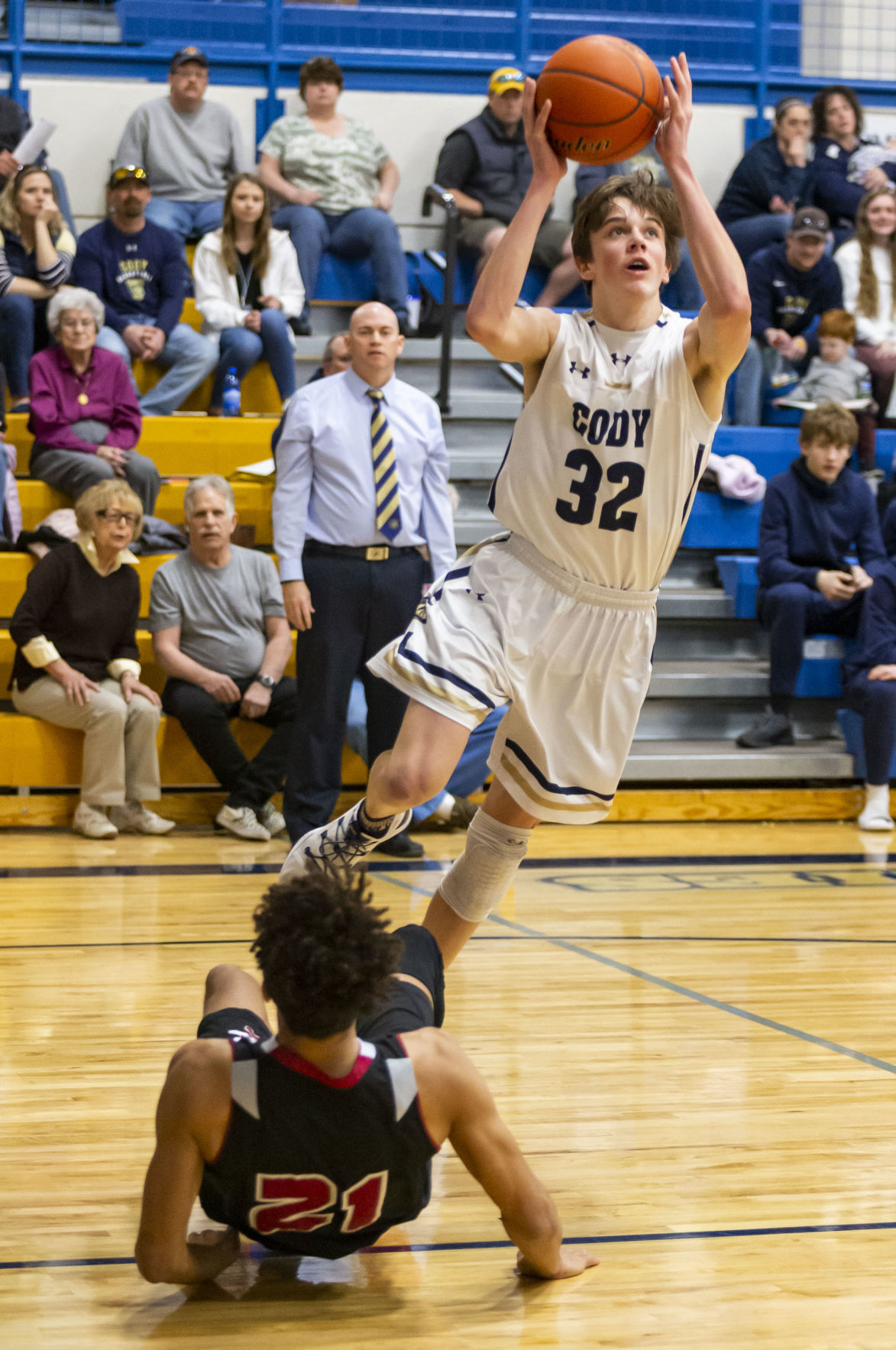 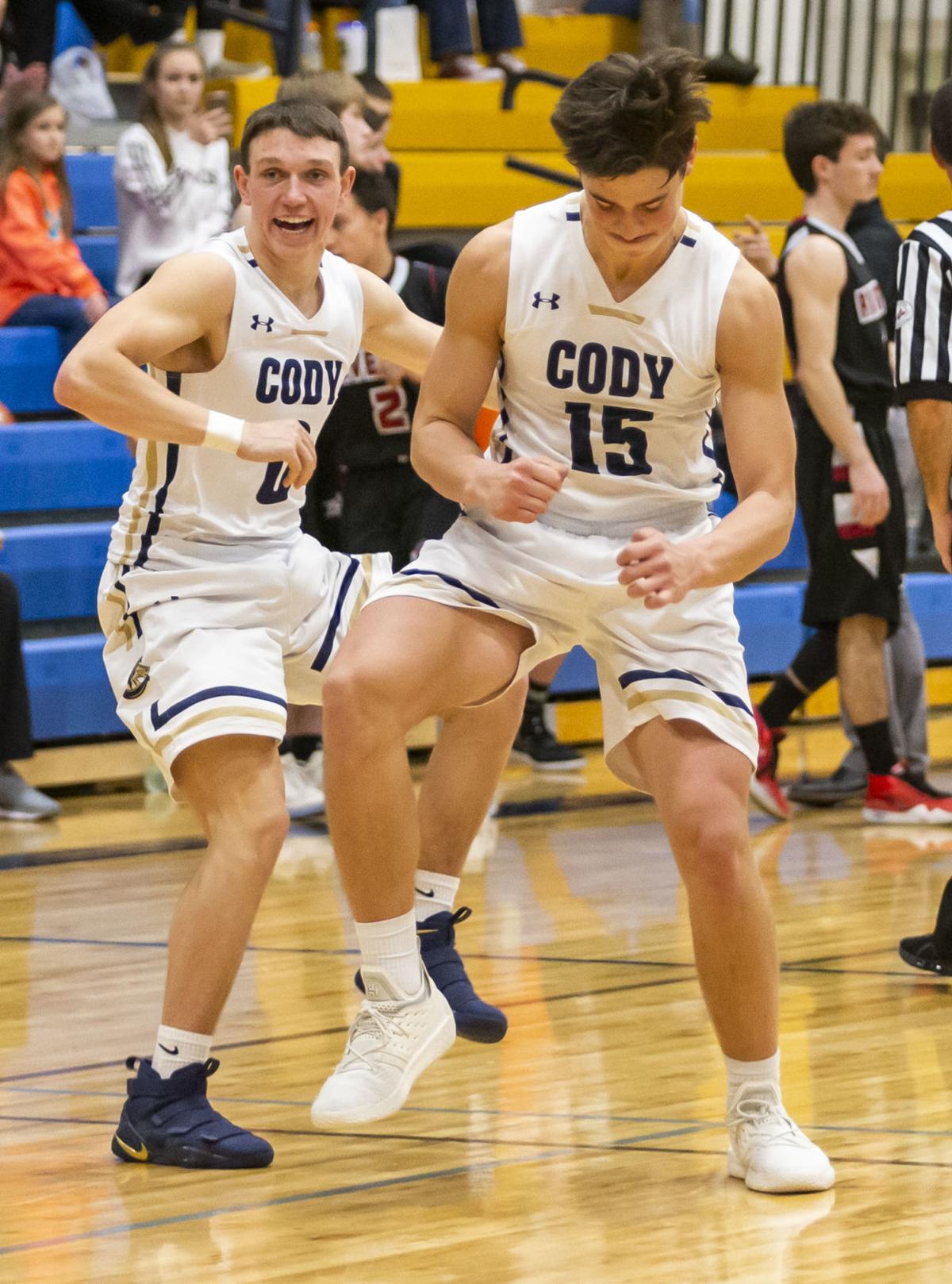 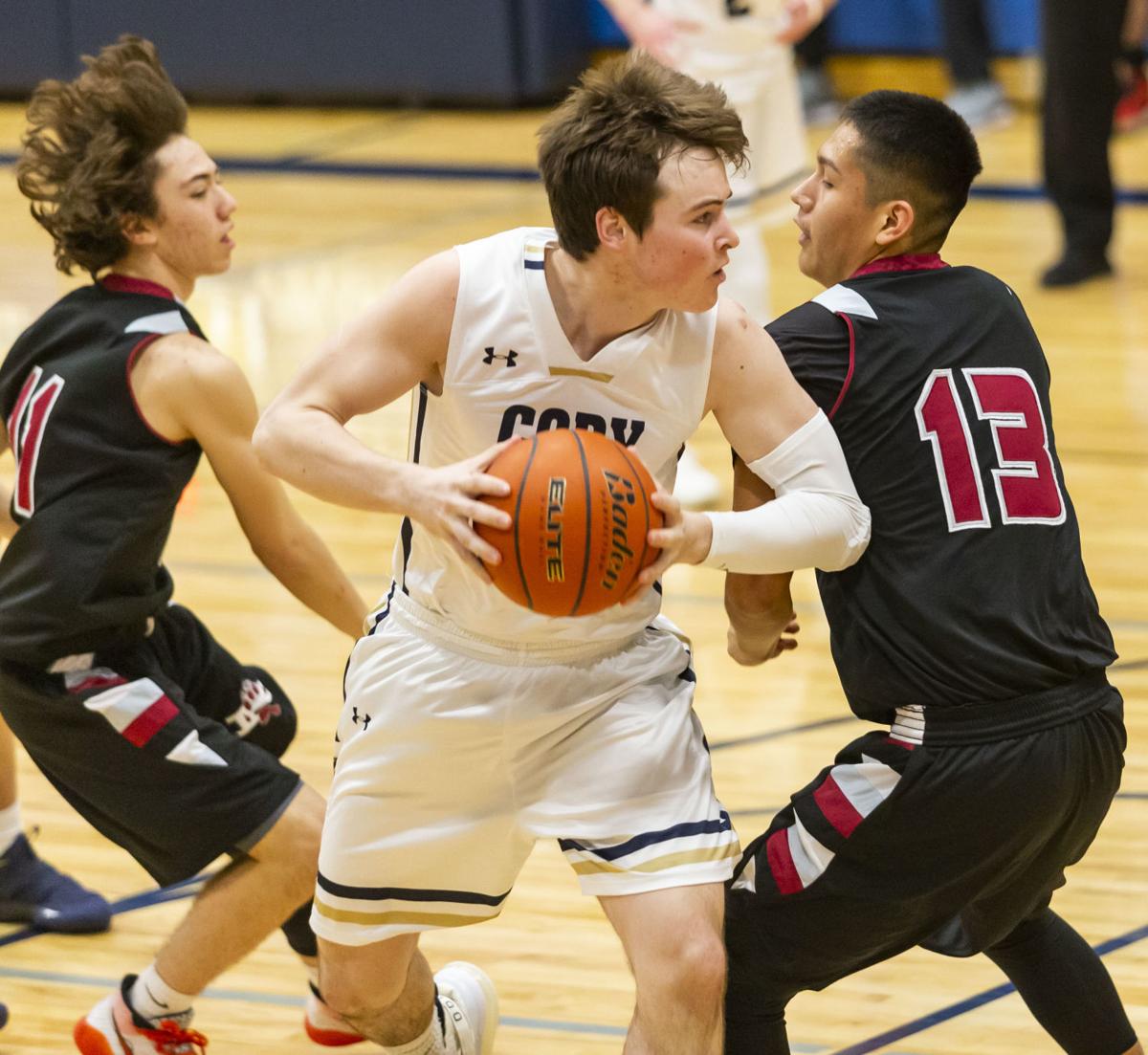 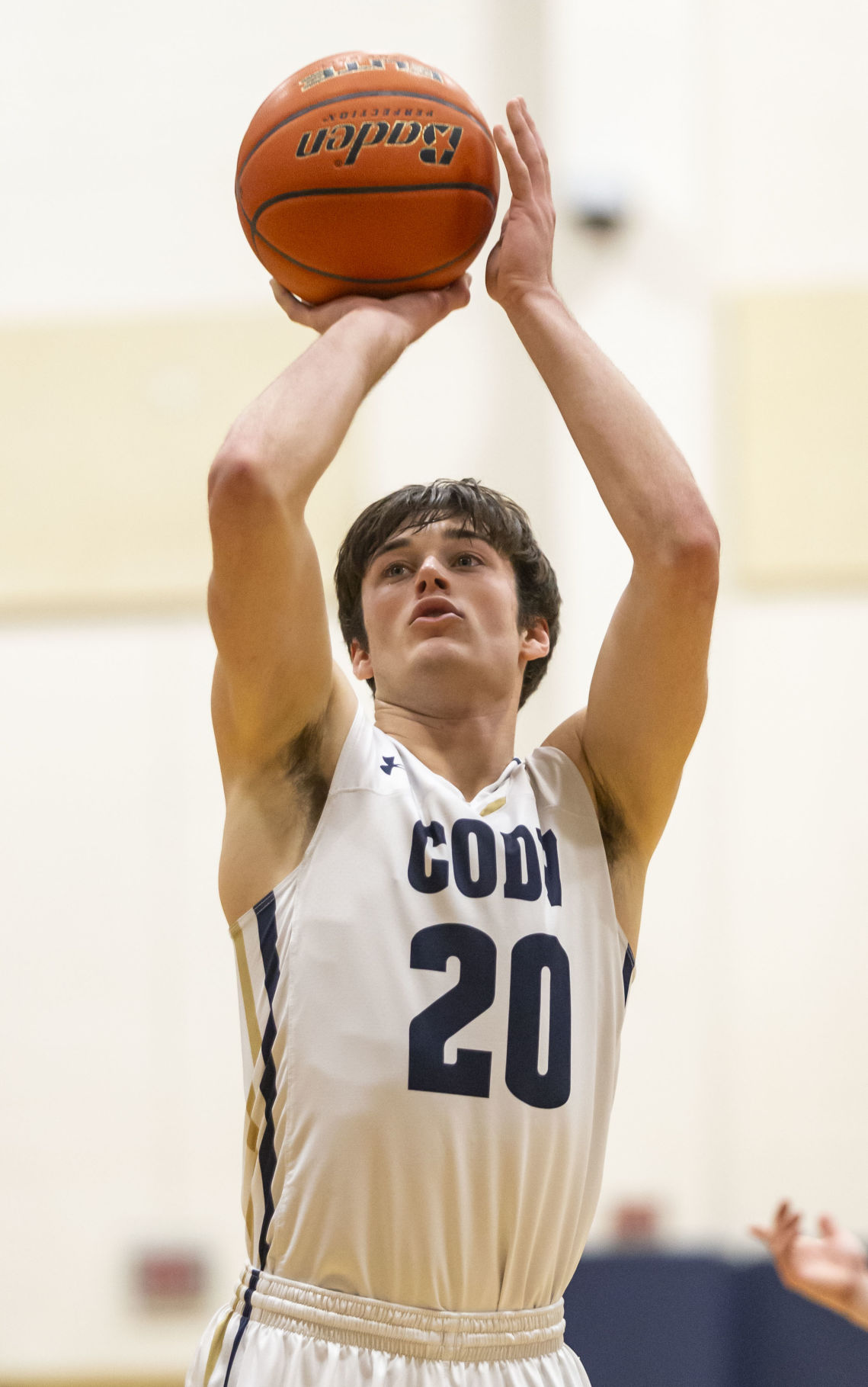 Tristan Blatt makes a free-throw giving the Broncs a 60-59 lead against Riverton with 17.8 seconds left in the game. 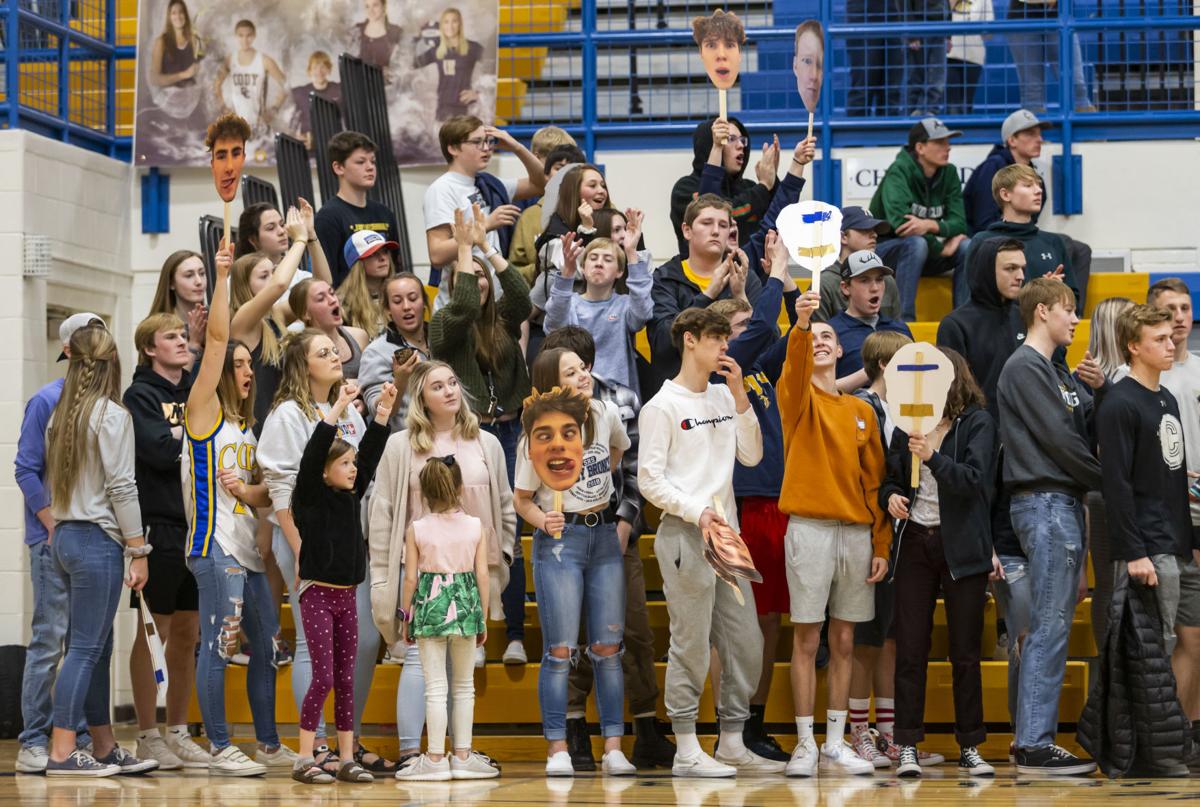 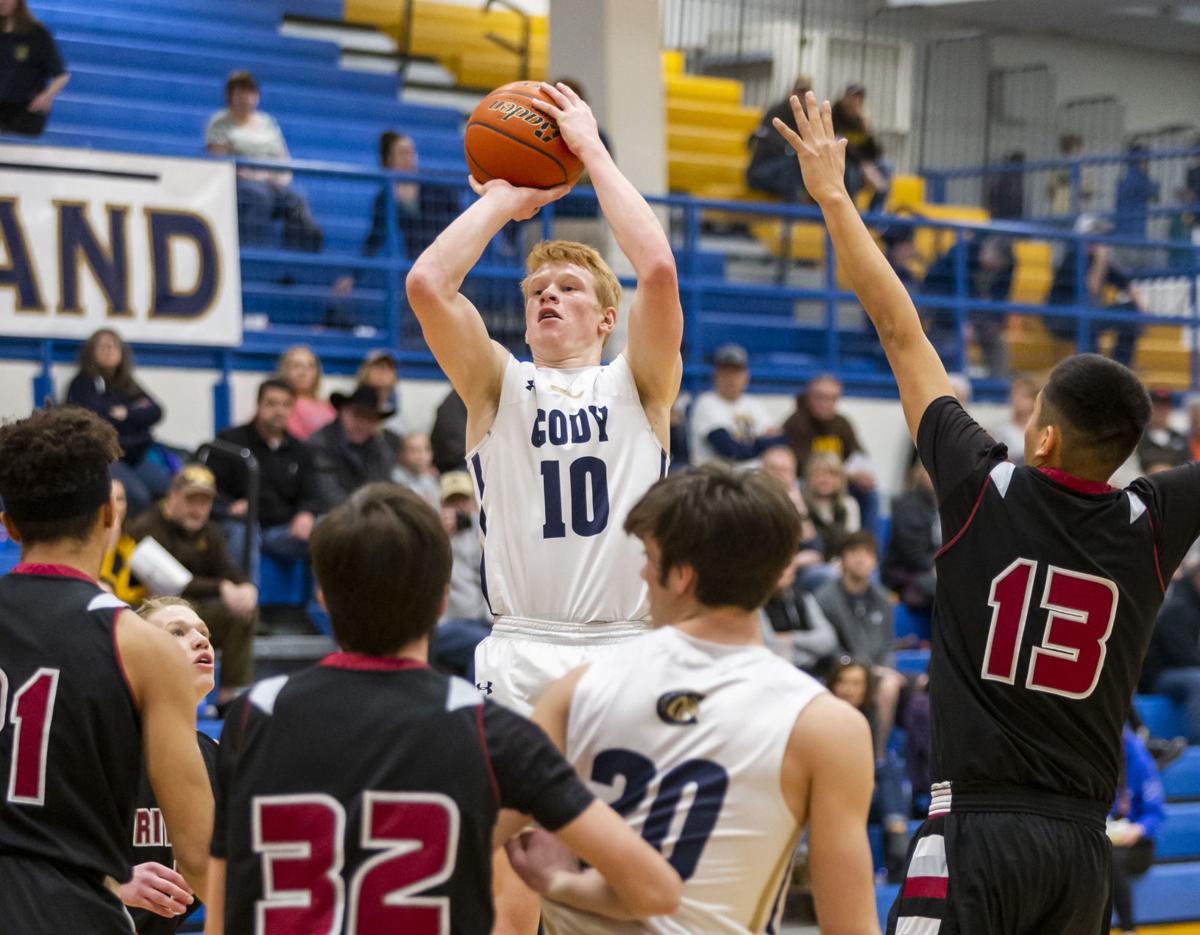 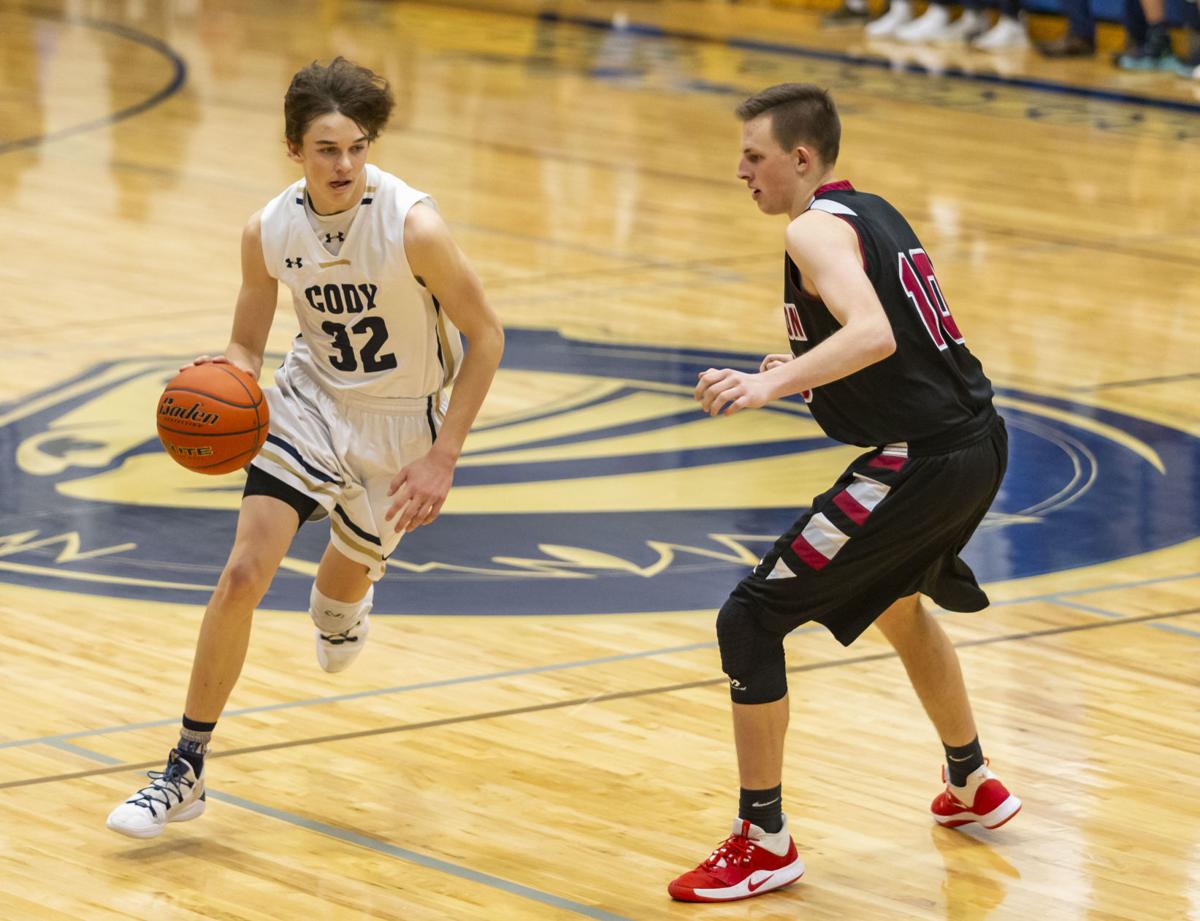 Tristan Blatt makes a free-throw giving the Broncs a 60-59 lead against Riverton with 17.8 seconds left in the game.

Senior Tristan Blatt liked that the last game he played in Sweitzer Gym would come to so dramatic a finish.

Even moreso he was glad to help the Cody basketball team come out on the winning end.

Fitting for senior night, the Cody seniors led the way Saturday. Coy Novakovich and Blatt each scored 17, Hunter Hays had 13 and 11 rebounds and Duncan Radakovich scored nine. Fellow senior Jackson Davis also played big minutes on both sides of the ball and added a crucial trey to start a run.

“I’m definitely going to miss all the guys,” Blatt said. “We couldn’t have ended it any better than with a close win.”

After Riverton (4-17, 0-6) clawed its way back in the fourth, evening the score at 59 with 45 seconds remaining, Cody sealed the win at the free throw line. With 17 seconds left, Blatt sank one of two at the line to go up 60-59. After a miss by Riverton’s Damon Devries (game-high 23 points) and a turnover, Novakovich was fouled with four seconds remaining and sank both ends of a one-and-one for a 62-59 advantage.

The senior point guard is always a go-to free throw shooter, but he isn’t always a big scorer.

“I was feeling good coming in and my teammates gave me opportunities,” Novakovich said.

Just one second later, after another Riverton turnover, Blatt sealed the win with a pair of free throws.

It was a change from two tough losses the week before.

“It’s good to get things back on track,” coach Jacob Kraft said. “Basketball seasons are a grind, there are highs and lows, and we were in a tough part of our schedule.

“It’s nice to get momentum before regionals.”

Cody didn’t lack for offense in the first half. The Broncs went up 11-5 early after a bank-in trey by Blatt and jumper by Radakovich.

Riverton responded with an 11-0 run to take the lead, then Cody responded, capping a rally with a Novakovich trey for a 19-16 Wolverines lead after one.

Riverton opened the second quarter with a layup, but Cody had the more productive offense in the second quarter, outscoring Riverton 8-0 in the next few minutes on four points apiece by Blatt and Hays. After a Wolverines trey tied the game at 24, Cody started another run with a Davis trey. Blatt and Hays then added to the lead for a 32-24 lead with 44 seconds remaining in the half.

Damon Devries sank a trey for Riverton in the last half minute, but Cody still entered the half ahead 32-27. Hays led with 13 points and Blatt had nine. Devries led Riverton at the half with 14.

The Broncs grew the lead in the third after first losing it. Riverton tied the game at 37 midway through, but the final four minutes were almost entirely Cody. Luke Talich stepped up off the bench for a trey, Radakovich had a pair of layups and Talich sank a pair of free throws in the final second to put Cody ahead 49-39 heading into the fourth.