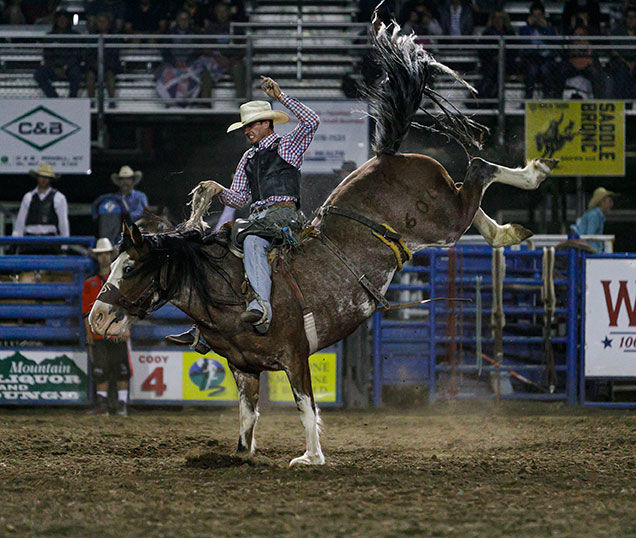 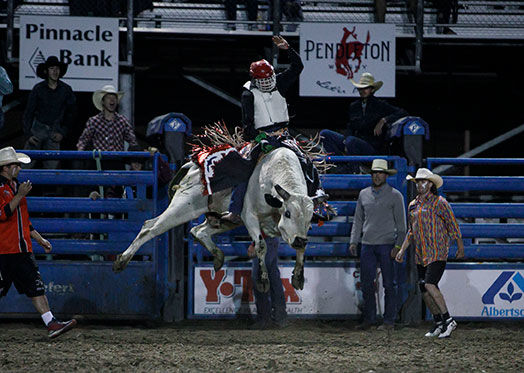 Tristan Miner competes in junior steer riding during the Cody Nite Rodeo finals Thursday night for a score of 85. 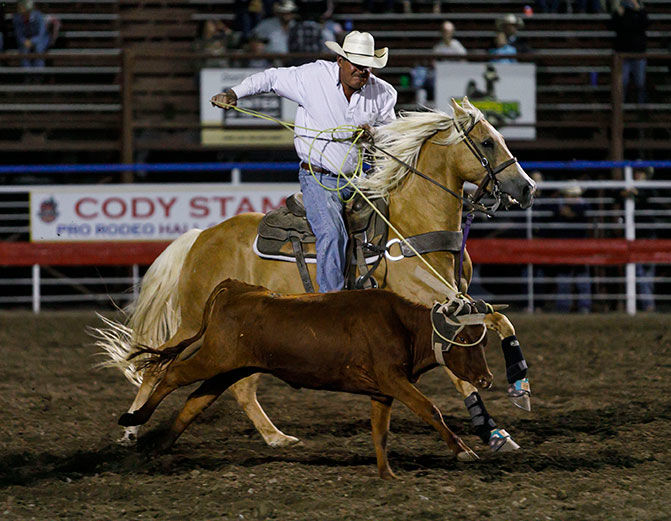 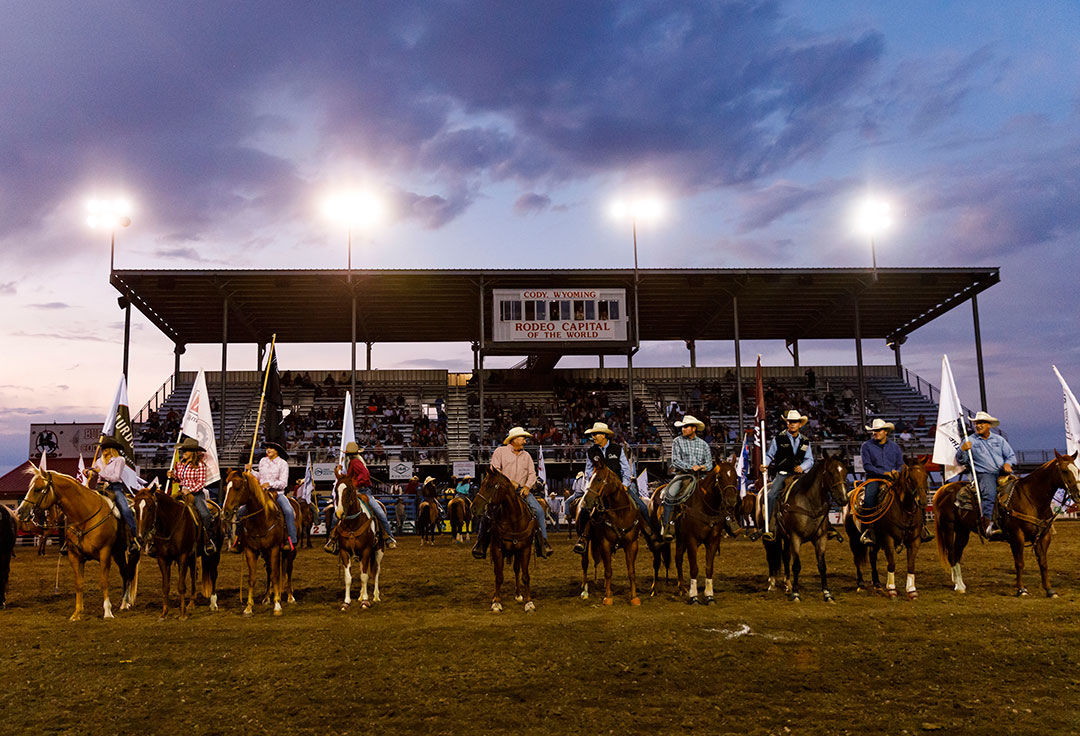 Tristan Miner competes in junior steer riding during the Cody Nite Rodeo finals Thursday night for a score of 85.

An Alabama cowboy who has spent the summer in Cody fine-tuning his skills, Green’s work not only paid off by winning the August belt buckle, he kept his mojo going right through the first day of the three-day championship finals at Stampede Park.

Green barely had time to collect one special award when he began chasing another Thursday night and his 81 score showed his attention has not flagged.

“I got on some good ones,” Green said of his August consistency.

He drew his finals horse once before during the season and said “he was nice.” This time Sage Hen bucked even harder.

“I told myself to keep gassing it,” Green said.

Four other challengers covered, including July buckle winner Ricky Williams (75 points), who came back to Cody for the finals after just starting college at Central Wyoming, and Justin Opatrny (73), from Pennsylvania who scored big last year, but was a less-frequent customer this summer.

Dylan Sandvick (77) and Caleb Tyra (72), also had good rides in the finals opener.

The championships of the 81st annual Cody Nite Rodeo continued Friday and Saturday nights to wrap up the season.

John Birkholz of Laramie, who has stayed aboard almost every night for weeks, won the first night of saddle bronc with an 81.

Everyone else, including August buckle winner Caleb Newell, was thrown.

Newell, 19, said he probably skipped only about a dozen rodeos all season and said he built a good rhythm. He will promptly report to Clarendon College in Texas after the finals, but said it has been a very worthwhile summer

“I came to get on a large number of rides,” Newell said. “It’s getting to do rodeo, something I love, every day.”

Martin missed the 2018 season to recuperate from a shoulder injury, but came back to win her first Cody Nite buckle in breakaway roping.

“This is the first year I’ve stayed in the Nite show all summer,” Martin said. “I’m excited.”

She gave two horses, Romeo, and a young one named Scooby, considerable experience. On the first night of the finals, Martin kept up her hot pace, tying for the lead with Kera Lamb in 2.6 seconds.

Lamb, the All-Around Cowgirl winner for August, whose parents, Daryl and Gem Lamb have been Cody regulars for years, said it was her goal to win a monthly crown this summer.

“I love this place,” she said.

The August barrels crown was not decided until Wednesday, just prior to the finals. Raelyn Gould of Meeteetse edged Gem Lamb.

Gould is a longtime Cody Nite Rodeo rider, but an irregular.

“I’m an every-other-year competitor,” Gould said. “I don’t like to bring my horses that often.”

A great believer in keeping her horses stress-free, she said she raced 22 times all summer, and alternated running Rusty, Dash and Porky.

“He’s a big boy,” Gould said in explaining that Porky deserves his name.

During the finals opener, some special awards were presented.

“This is the most special belt buckle you can ever get,” said Mo Betta stock contractor Maury Tate.

Franks had a normal buckle holding up his jeans and immediately replaced it with the new one.

“I had no idea,” Franks said of his surprise at receiving the award.

Mike Darby, co-president of the Cody Stampede Board of Directors, took the occasion to reveal the RFD telecast of this year’s 100th anniversary celebration of the Stampede will debut Sept. 4 at 6:30 p.m. It is due to also be shown again later that night.

The three-day barrel racing shaped up as a fierce fight. Anna Allshouse won Thursday in 17.11 seconds, but none of the 10 contenders hit a barrel and five others, including Gould, were within .56 of her.

Tristan Miner, who has drawn extremely wild bulls recently, scored big in the junior category with an 85-point ride.

He threw his helmet in the air in celebration.

Each event winner took a victory lap around the arena. That meant Miner the bull rider had to ride a horse, not an everyday thing for him.

“It’s been a couple of years,” Miner said.

Although he was the only one to cover, Jordan Paddock stayed on Indian Larry for 81 points in the open bulls.