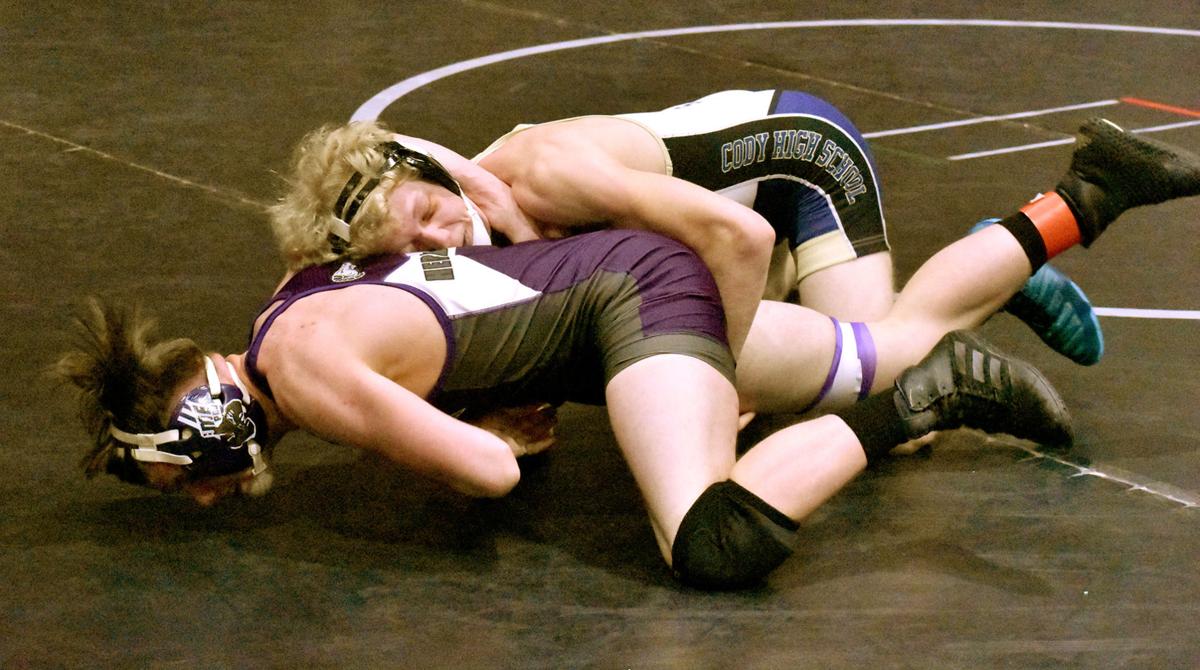 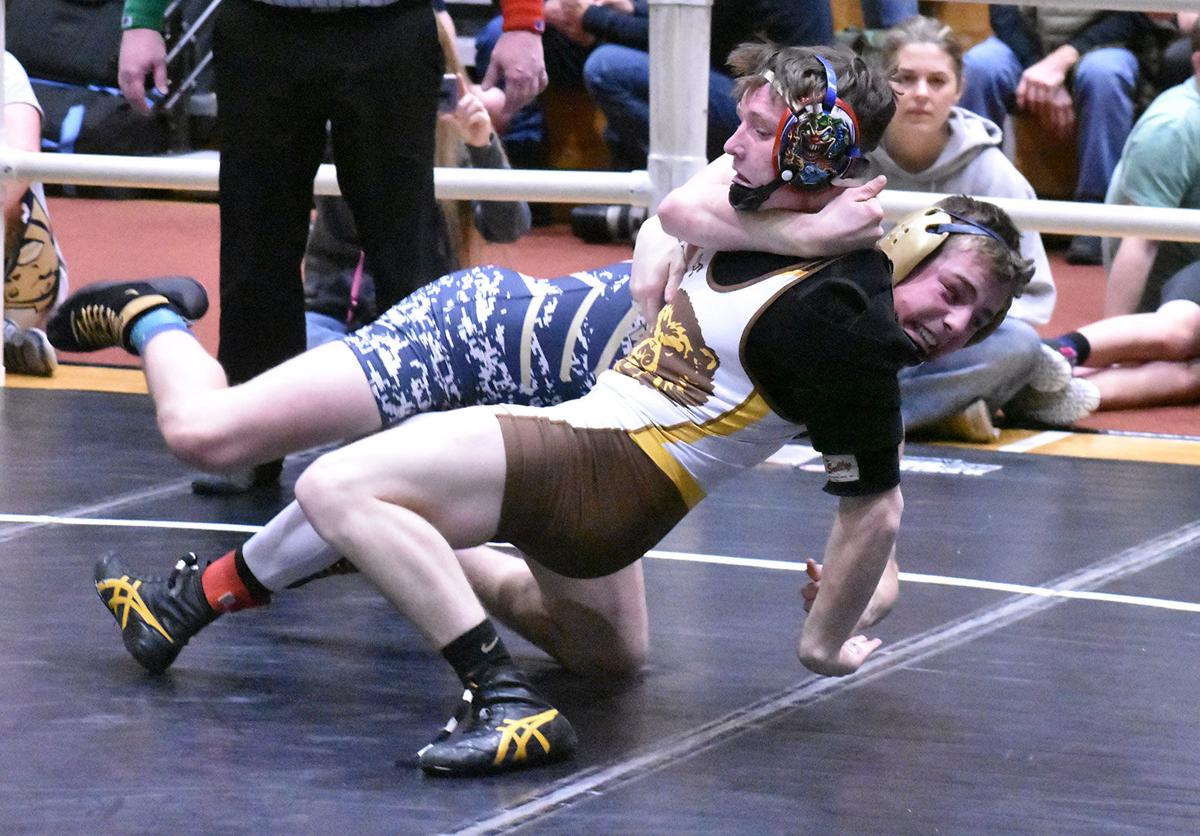 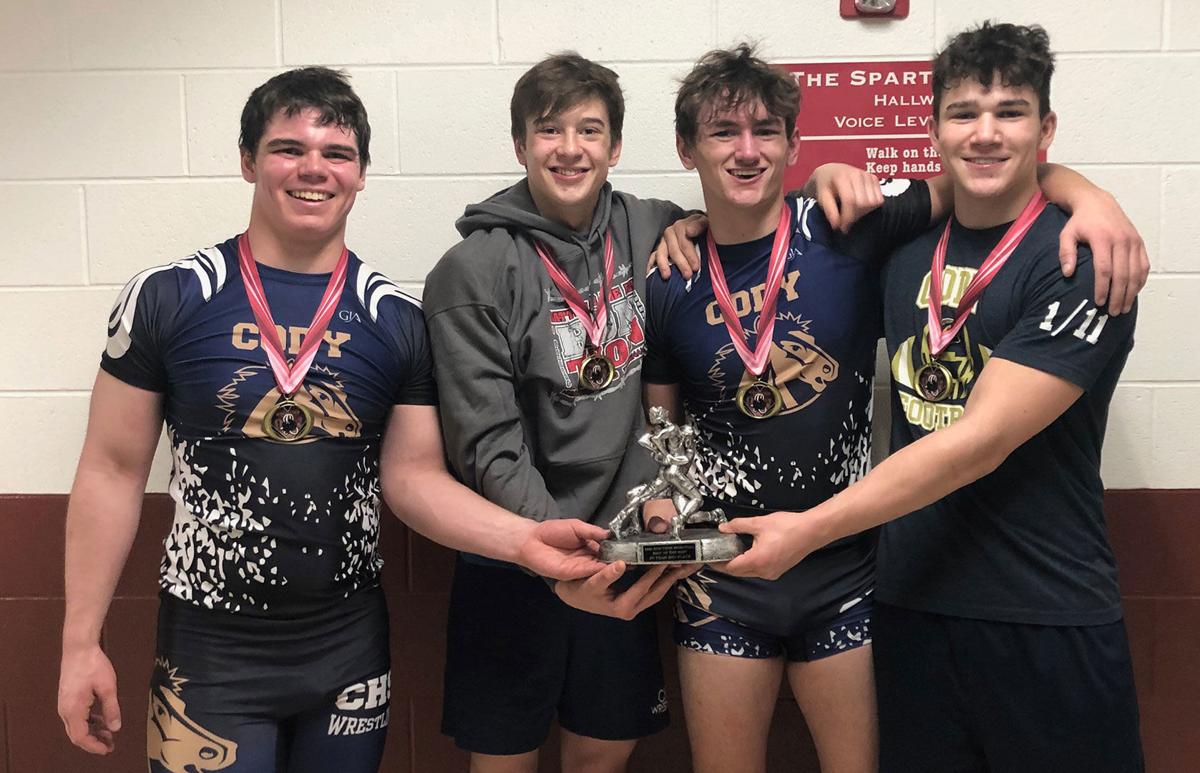 In one of its most difficult tournaments of the season, the Cody wrestling team had one varsity placer during the Ron Thon Invite in Riverton last weekend.

“The Ron Thon is a tournament that requires your best performance in order to do well,” coach Trev Wood said. “Each of our boys have different expectations. For some, that might include winning one match at this tougher-than-nails tournament. Others might want to earn two wins before being put out.”

“We keep expectations real yet high,” Wood said. “If we don’t achieve a goal, we will hit the drawing board on Monday and make adjustments for the upcoming postseason.”

In varsity, Charlie Beaudrie (195 pounds) earned a top-four finish for the second year in a row.

“It felt really good to place top four,” he said. “It’s not where I was hoping to place, but you win some and lose some. I need to be more active on my feet and get back to shooting my double leg.”

“My best match would have been my first one,” Beaudrie said. “It went into OT and I had to dig down deep to get the first takedown to win the match. I also ended up pinning him too.”

In the third-place match he lost to Tate Carson of Southeast 3-1.

“Most Wyoming wrestlers will not place top four in this tournament once and he placed for the second year in a row,” Wood said.

The JV wrestlers had a strong tournament, finishing runner-up as a team.

“We placed five wrestlers – Dylan Campbell took third, and Jackson Wood, Grayson Beaudrie, Jace Grant and Jonny Williams placed first,” Wood said. “Although the other guys didn’t place, they earned much needed points in order to help their team place second. Every win helped, and that’s where teamwork comes into this sport. The better you can do for yourself, the better you do for your team.”

Jackson Wood (152) went 5-0, defeating Tony Mickelson of Star Valley by 10-9 decision in the championship. He won three of his previous matches by fall and another by major decision.

Grayson Beaudrie (170) won by 10-2 major decision over Ashton Wagenor of Sheridan in the championship match. He pinned three other opponents and had a second major decision win in the earlier rounds.

Jace Grant (182) went 5-0, winning all his matches by fall including over Dawson Curtis of Douglas in the championship in 2:00.

“It felt really great to get first, it sort of felt like the first time this season it’s all just clicked,” Williams said. “I feel like my best match was definitely my first-place match, simply because it was the most challenging and felt like I wrestled smartly.”

He pinned his other three opponents in the tournament.

“We were all super happy and proud to have gotten second at such a big tournament,” Williams said. “We all did really well. I think it’s awesome that we had five guys place.”