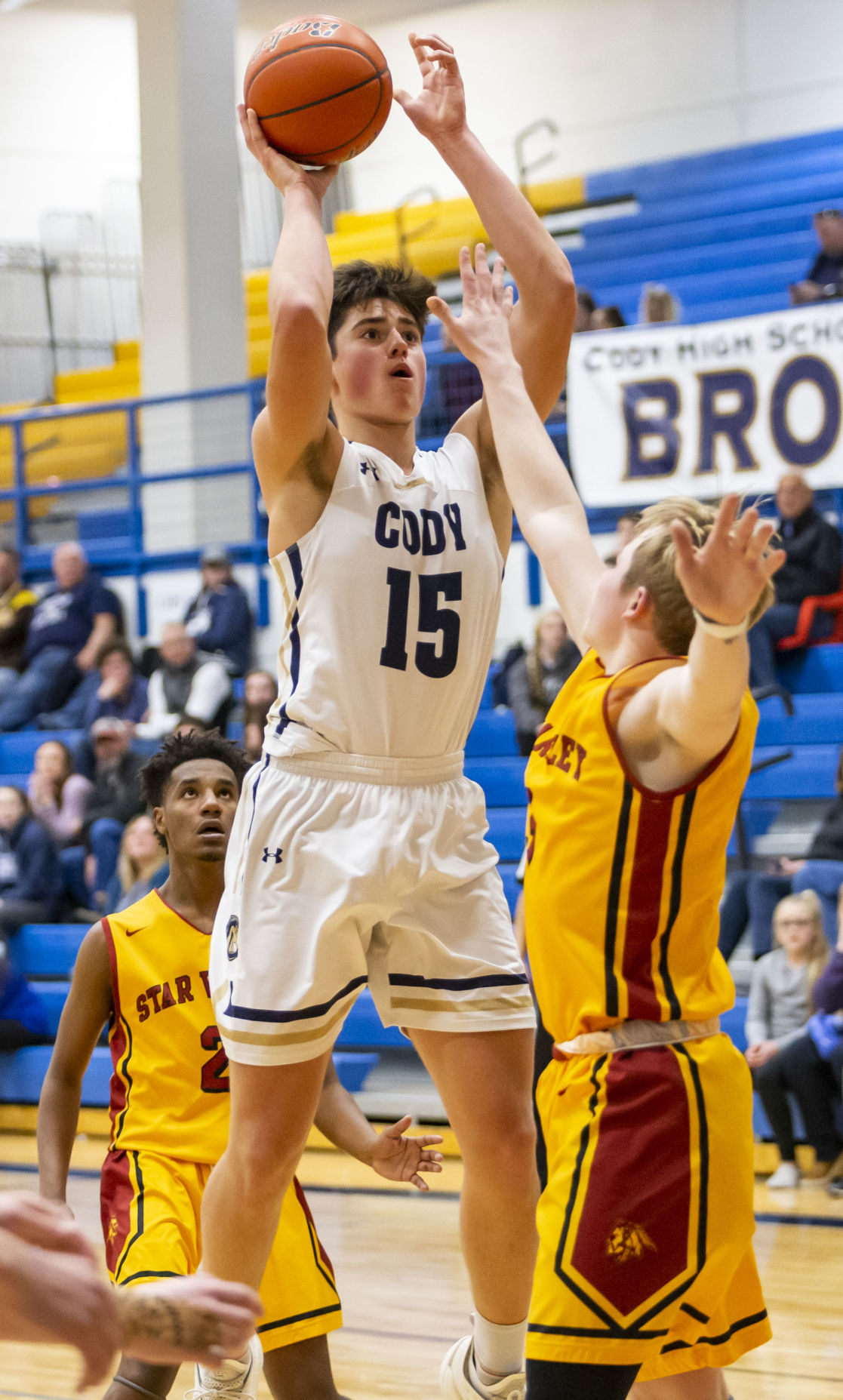 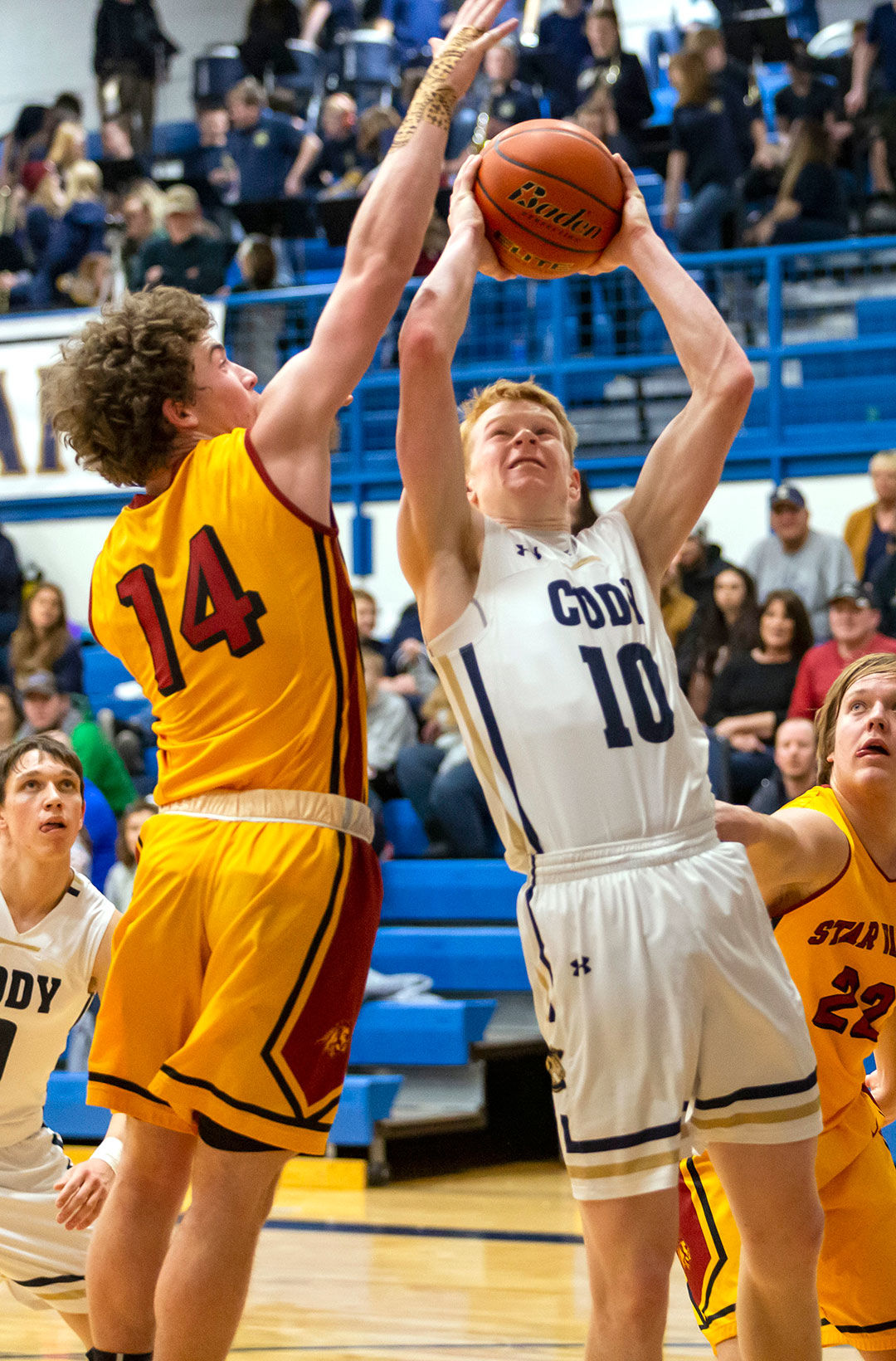 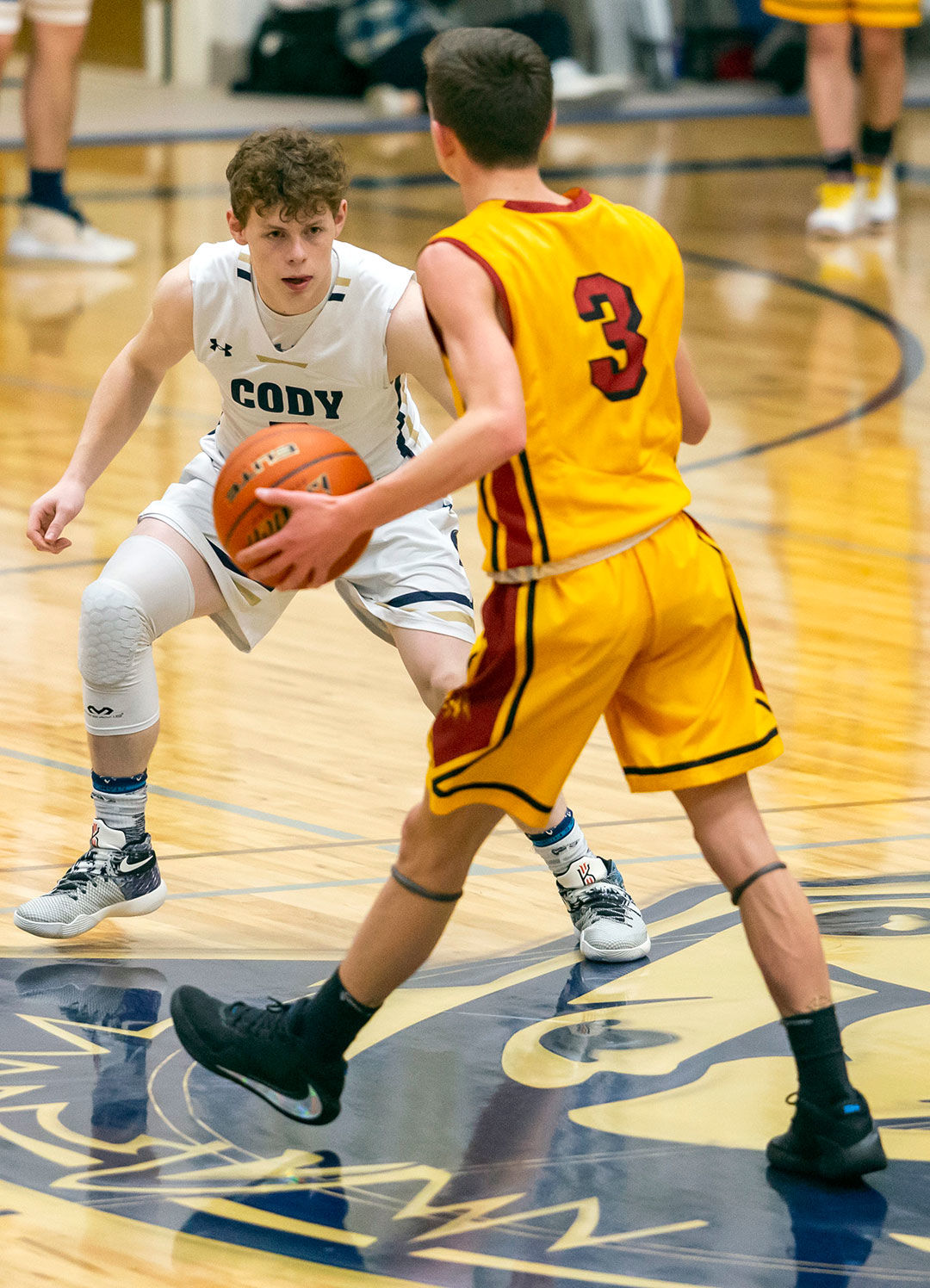 Hunter Hays said after the Cody basketball team struggled to score in Friday’s loss, the defeat was motivation for Saturday’s game against Jackson.

The Broncs were indeed motivated, as Cody ran away with a 68-39 win at home against the 4A conference foe.

“To get a win it redeems ourselves a bit,” senior Duncan Radakovich said. “It fixes our mindset.”

The first quarter opened with a flurry of points, but Cody (6-8) took the lead for good in the first on a Blatt layup for an 8-7 lead. It started a 9-0 run, capped by a Hays putback off his own deep trey attempt. Cody entered the second with a 15-7 advantage.

The Broncs expanded their lead before half. Radakovich finished the first quarter run with a layup to start the second then, after a Jackson 3-pointer, Hays responded with a trey of his own for a 20-10 advantage. Hays was also a force on the boards, while Radakovich came up with a big block late in the half. Talich capped the scoring with a pair of free throws and Cody more than doubled its points for a 31-15 lead after the second quarter.

Talich had 10 points at the half and Hays eight. Wotkyns tallied eight for Jackson (0-15).

Cody put the game further out of reach in the third quarter with Talich and Hays again powering the offense. Canyon Dim, after being a key player in a tough JV game earlier in the day, sank a trey soon after entering the game late in the third to put Cody ahead 30. The Broncs were up 54-25 entering the fourth.

Radakovich said the players listened to the coaches for a strategy of spacing and avoiding rushed shots in making sure the lead held.

“I think the kids stuck to that game plan,” Kraft said.

That big advantage didn’t change in the final quarter as Cody waltzed away with a win and gave bench players a chance to get some minutes. A late pair of free throws by sophomore Porter Lee drew some of the night’s biggest cheers.

Cody fought throughout but couldn’t recover from a large early deficit or stop Star Valley’s offense Friday night in a 60-33 loss at Sweitzer Gym.

“We knew they were really fast and physical,” Hays said. “We were hoping to play tougher, but we’ll move on.”

Talich gave Cody an early 3-2 lead on a 3-pointer at 7:10, but that was all the Broncs could score in the first. Merrell alone scored 11 in the opening quarter to power the Braves to a 15-3 lead after one.

“They’re too good of a team to spot them 12,” Kraft said. “They sped us up and we struggled to get back defensively in transition.”

Radakovich opened the scoring in the second half with a layup. Star Valley (7-7) struck back, but Talich cut the lead to single digits with his second trey of the game midway through the second. The Braves killed the run with a run of their own, scoring of the quarter’s final 11 points to take a 26-10 lead at the half. Merrell tallied 14 for Star Valley, while Talich led Cody with six.

Cody scored as many in the third quarter as it did in the first half, but couldn’t slow Star Valley on defense. Radakovich managed some baskets down low and Talich had a steal and score, but the Braves continued to score, with Merrell alone tallying 18 through three for a 41-20 lead going into the fourth.

Cody continued to fight in the fourth, on offense and defense, evidenced by Nic Talich flying in for a successful block, slamming into the hoop base, and shrugging it off as the crowd gasped. Hays found success crashing the boards late for multiple baskets.

“We needed to start faster, but we competed at the end,” Nic said. “We want to see these guys again.”