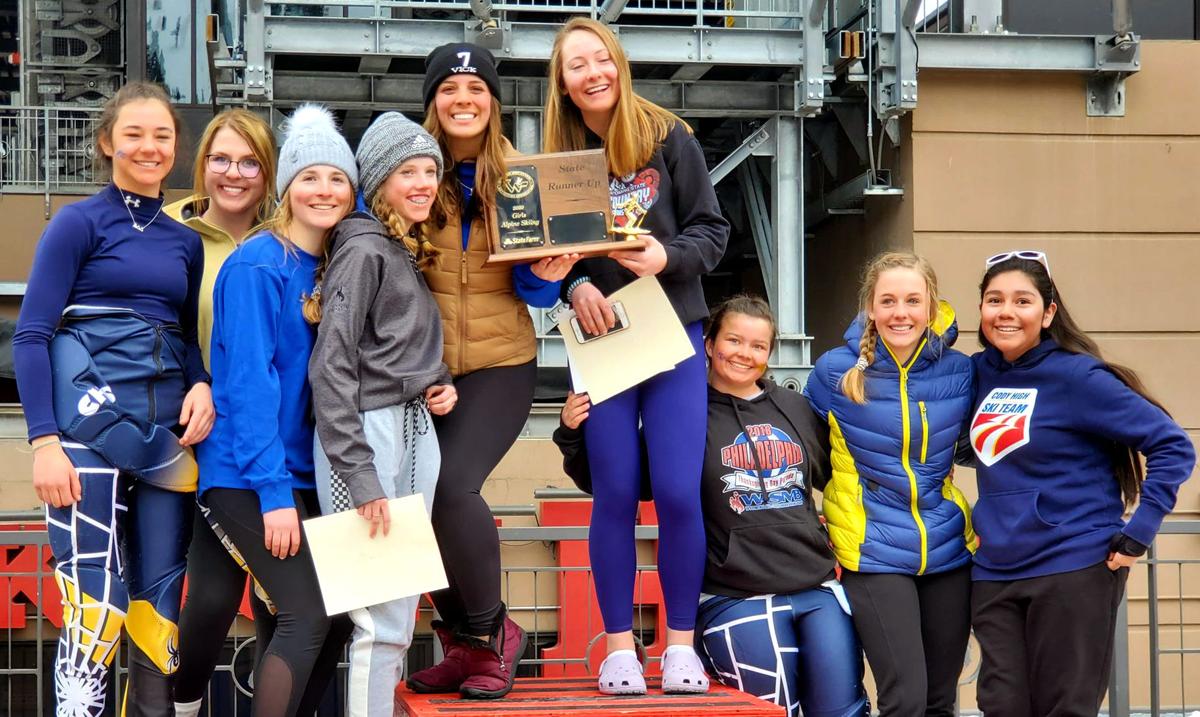 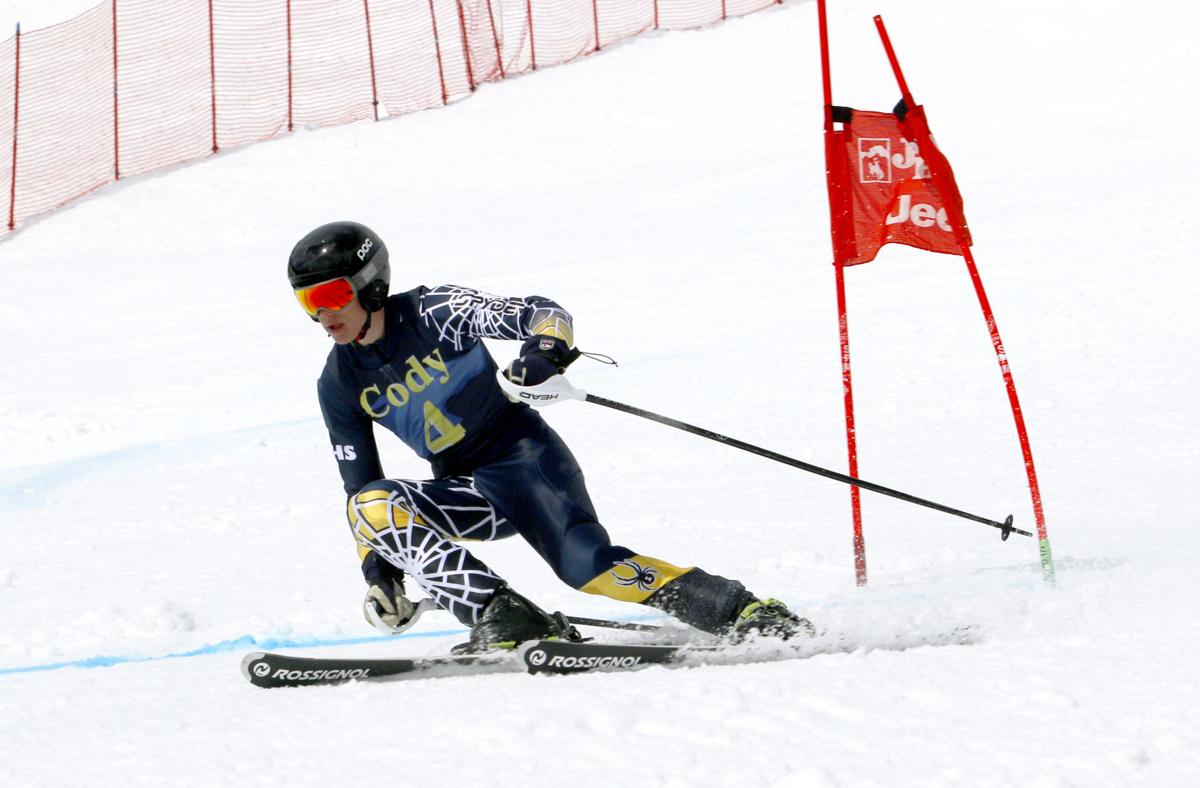 Sterling Banks moves through slushy conditions into the lower section of the giant slalom race. 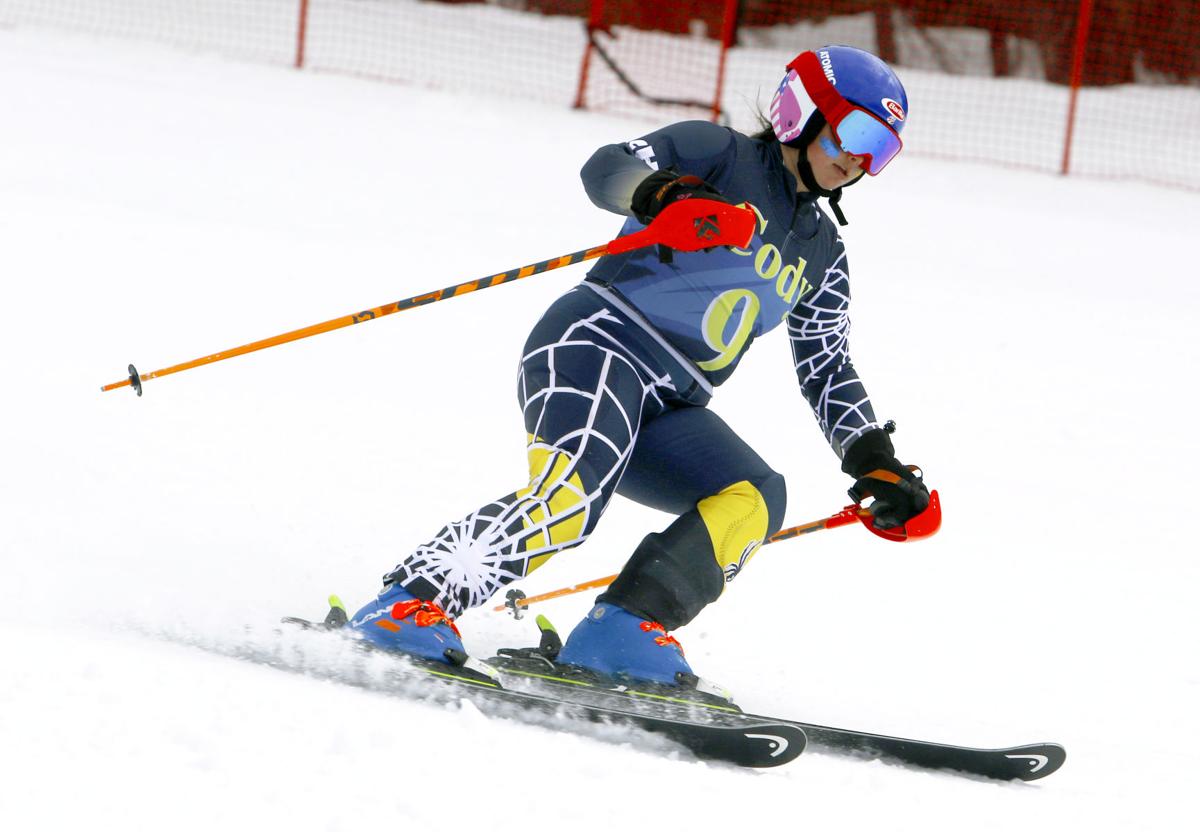 Taylor Dye takes a turn during the giant slalom race Saturday at state in Jackson. 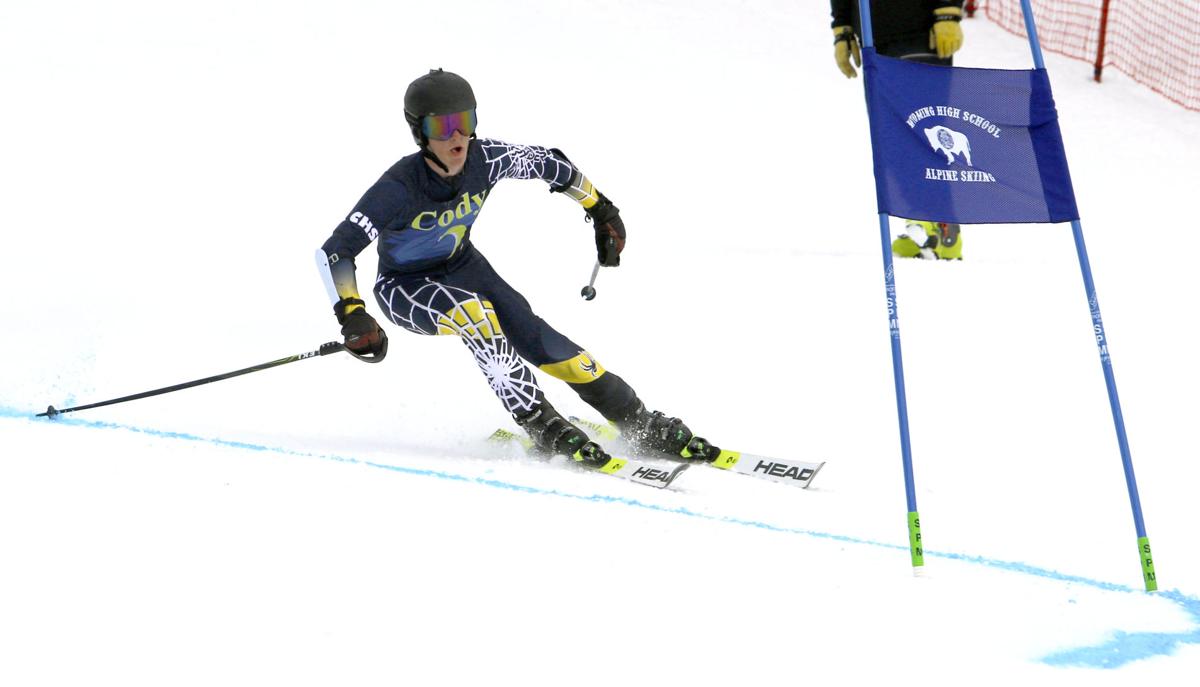 Sterling Banks moves through slushy conditions into the lower section of the giant slalom race.

Taylor Dye takes a turn during the giant slalom race Saturday at state in Jackson.

The phrase “it’s not over until it’s over” could not have been more apt to describe the ending to the Cody Alpine ski teams seasons, for better or worse.

“We got some really good news and some other news,” coach Rick Stonehouse said. “We’re really pleased with the girls especially, stepping up.”

The Fillies had arguably their best races of the season, taking second at the Wyoming State Alpine Skiing Championships at Jackson Hole Mountain Resort. Cody came back to edge Natrona by three points after starting the day in third.

“We didn’t know if we were going to pull it off or not but we did,” Nicole Wagler said. “I was pretty nervous.”

They were led by the first team all-state performer Wagler, who took eighth in Saturday’s giant slalom. Wagler, who finished fifth in all-state points, also took 10th in slalom on Friday.

“I kind of took it easy to keep my all-state spot,” she said.

But with her first team spot nearly clinched entering Saturday, she said she let her wings fly a little more in GS.

“You kind of just have to go with what you feel is right,” she said.

It was Wagler’s third all-state honor, and second first team designation. After a breakout freshman campaign Wagler took a small step back last year and got second team. This year she ended up right where she wanted to be.

“It feels good,” she said, smiling.

Skiing at State can be a nerve wracking experience for any skier, but when you add the environment of a world-class ski resort like Jackson Hole into the mix, it’s easy to see how one might not ski their best.

Even though it was her third time competing at state, Wagler said there is always a special feeling in the air for the Alpine ski season finale.

“Pretty nervous every time,” she said.

Right behind Wagler in GS was freshman Aspen Kalkowski in ninth.

Rounding out the Fillies was Catherine Lovera and Alaina Gross who both received honorable mention all-state.

“We’ve never even skied up here for a race so it was different,” Lovera said.

The Broncs finished on an opposite trajectory with a third place finish, unable to climb back on Saturday after a less than stellar slalom race.

Sterling Banks led the Broncs with a seventh place finish in both races.

“It’s not where I wanted to finish but it’s a finish,” Banks said.

He earned first team all-state honors as well, placing fourth in overall points. Banks is only a sophomore and didn’t even compete on varsity last season.

“Surprised, very surprised,” he said with a small smile.

Banks was consistent when it counted most, finishing his last three races of the season without a fall.

Davis fell in slalom but bounced back with an 11th place in GS. After skiing conservatively in his first GS race run Saturday morning, Davis said he let it fly more in the afternoon, shaving 3.35 seconds off his time even with the course slowing greatly in the hot afternoon sun.

“Second run was awesome,” he said.

Reed took ninth in GS and 11th in slalom.

Jasper Crofts had his best race of the season on Friday taking ninth in slalom. Unfortunately he fell on his GS run which left him just one spot outside receiving state honorable mention.

Conditions became warm and slushy over the course of both days, leading to ruts and inconsistencies on the course.

“Snow conditions, underwhelming, but it was still a blast,” Banks said of his first state experience. “That run was probably the most consistent pitch we’ve skied on all last year.”

From their season-long performances finishing top-12 in state points, Wagler, Davis, Reed and Banks have all qualified to be part of a Team Wyoming that will compete at a regional championship event at Mammoth Mountain in California next weekend.

“It’s really cool for these kids to do a week-deal and represent the state of Wyoming,” Stonehouse said.

Both Alpine teams should be contenders again next season as the Broncs only lose one varsity skier and the Fillies none.