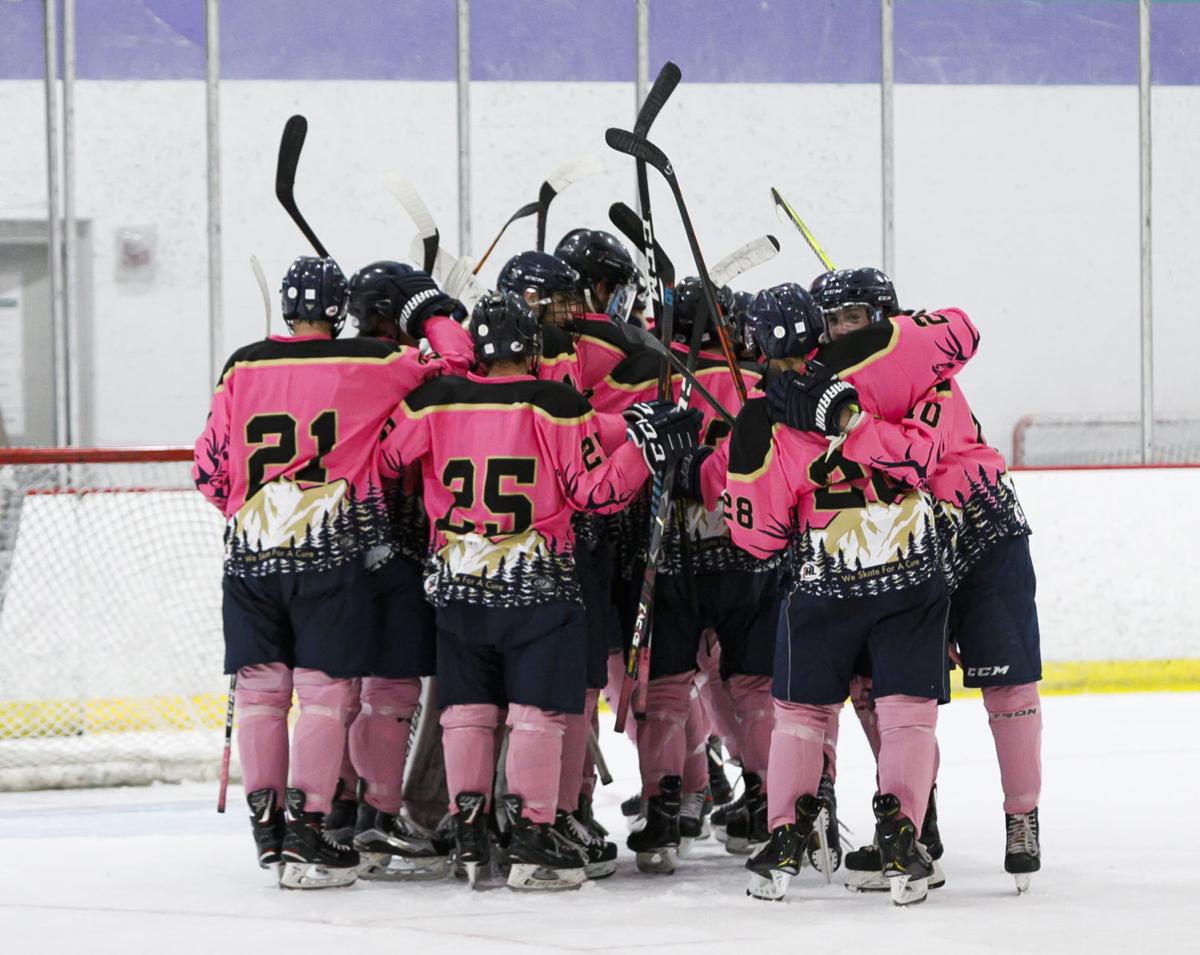 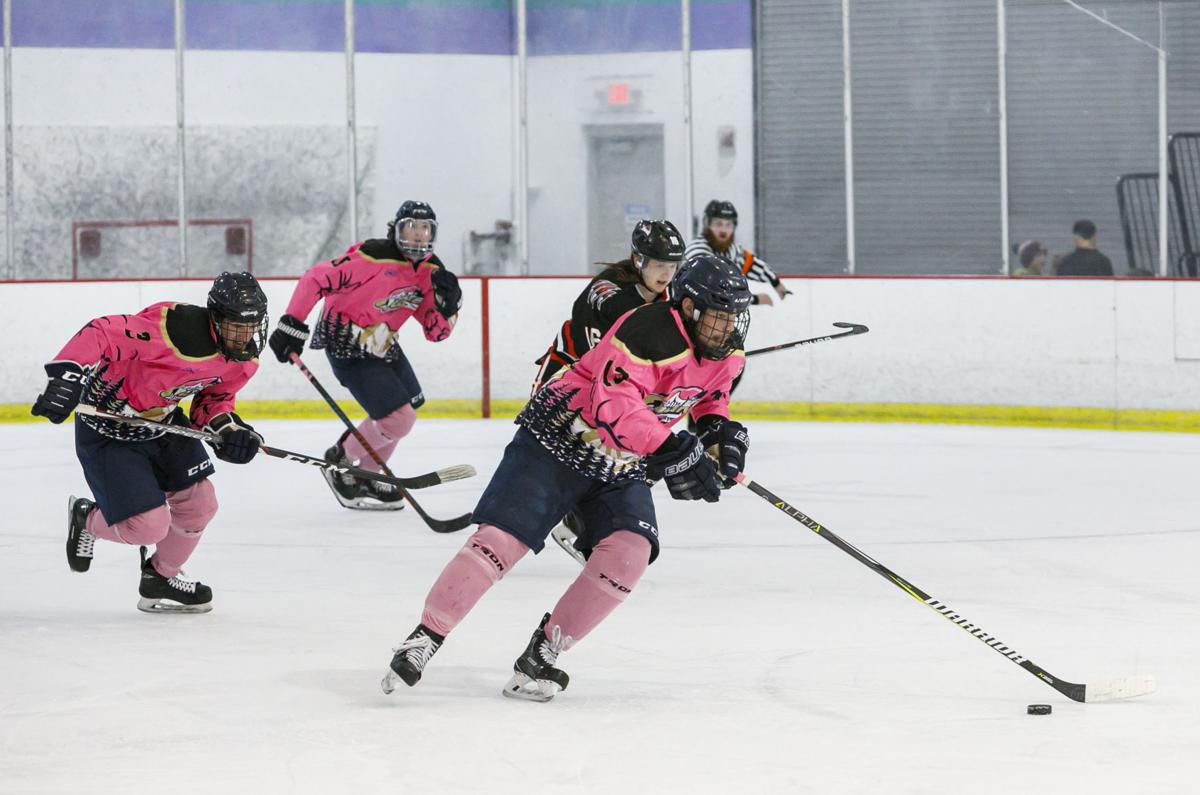 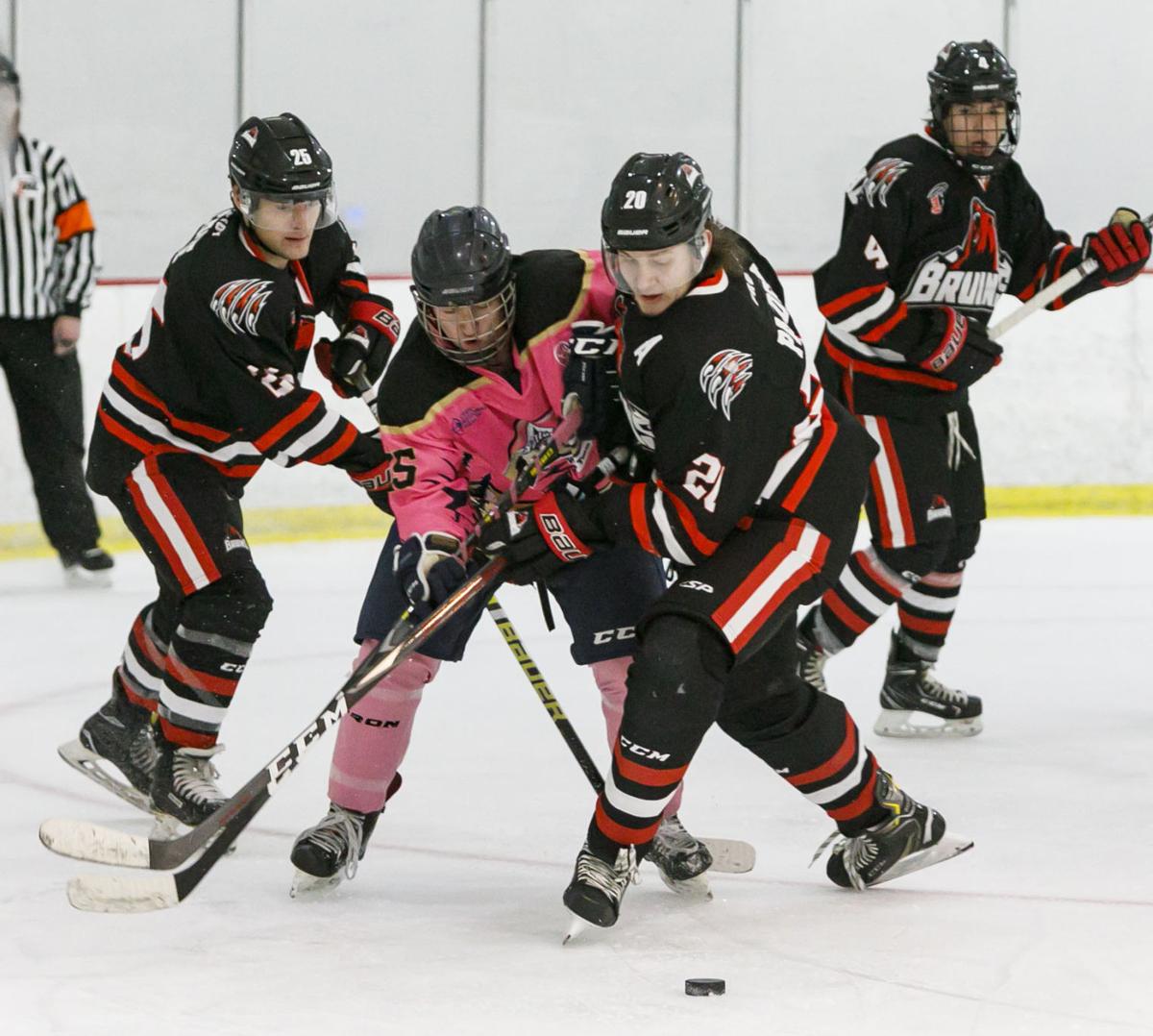 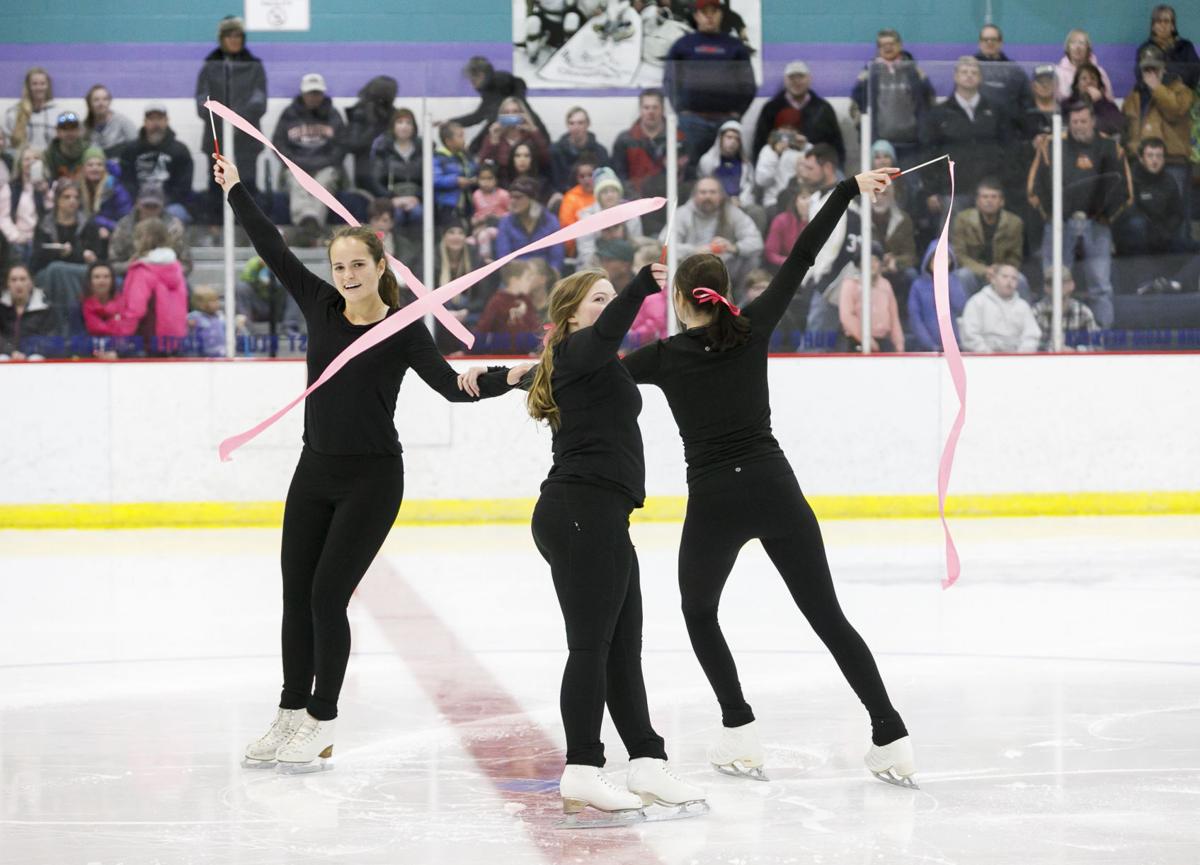 Soffy Anderson, (from left) Macey Reed, and Olivia Whalen from the Absaroka Figure Skating Club perform to I am Here by Pink in honor of those who have fought or are currently battling cancer at Riley Arena Saturday night. 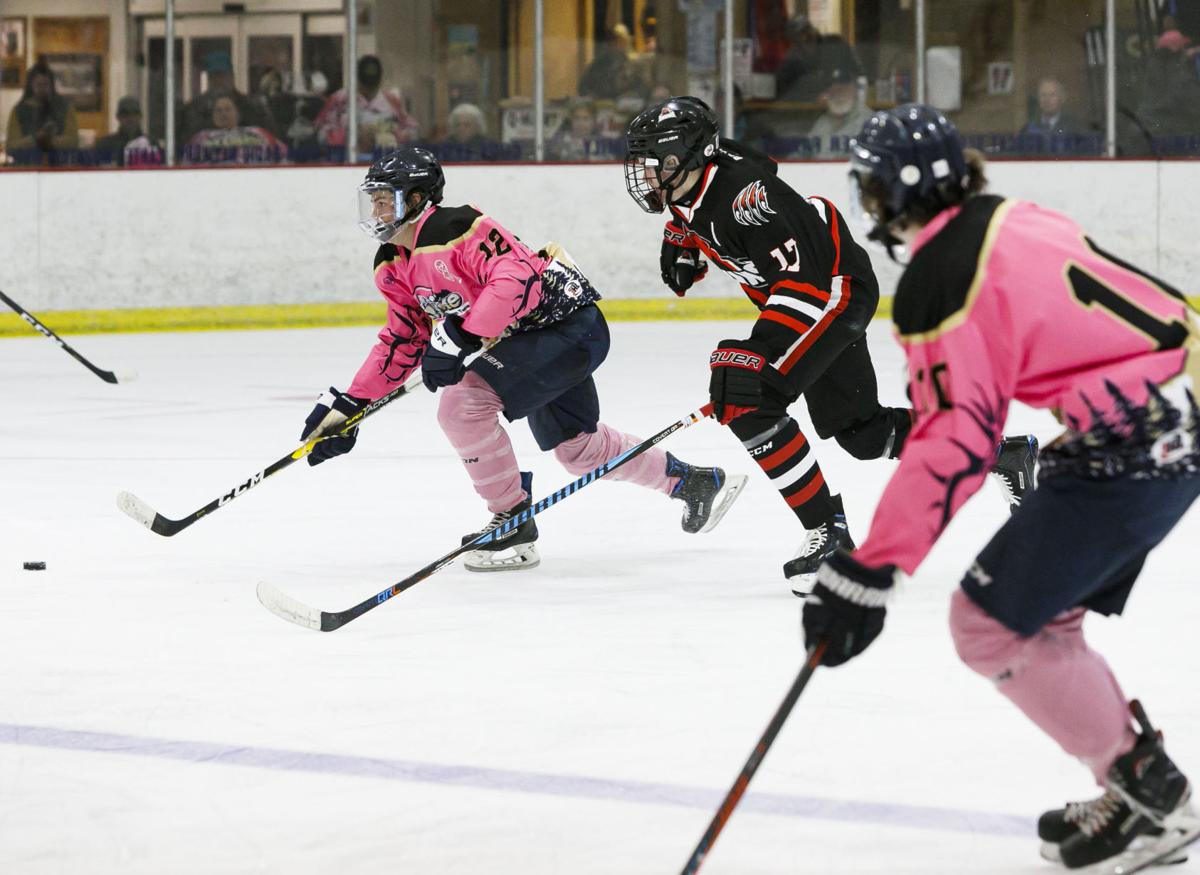 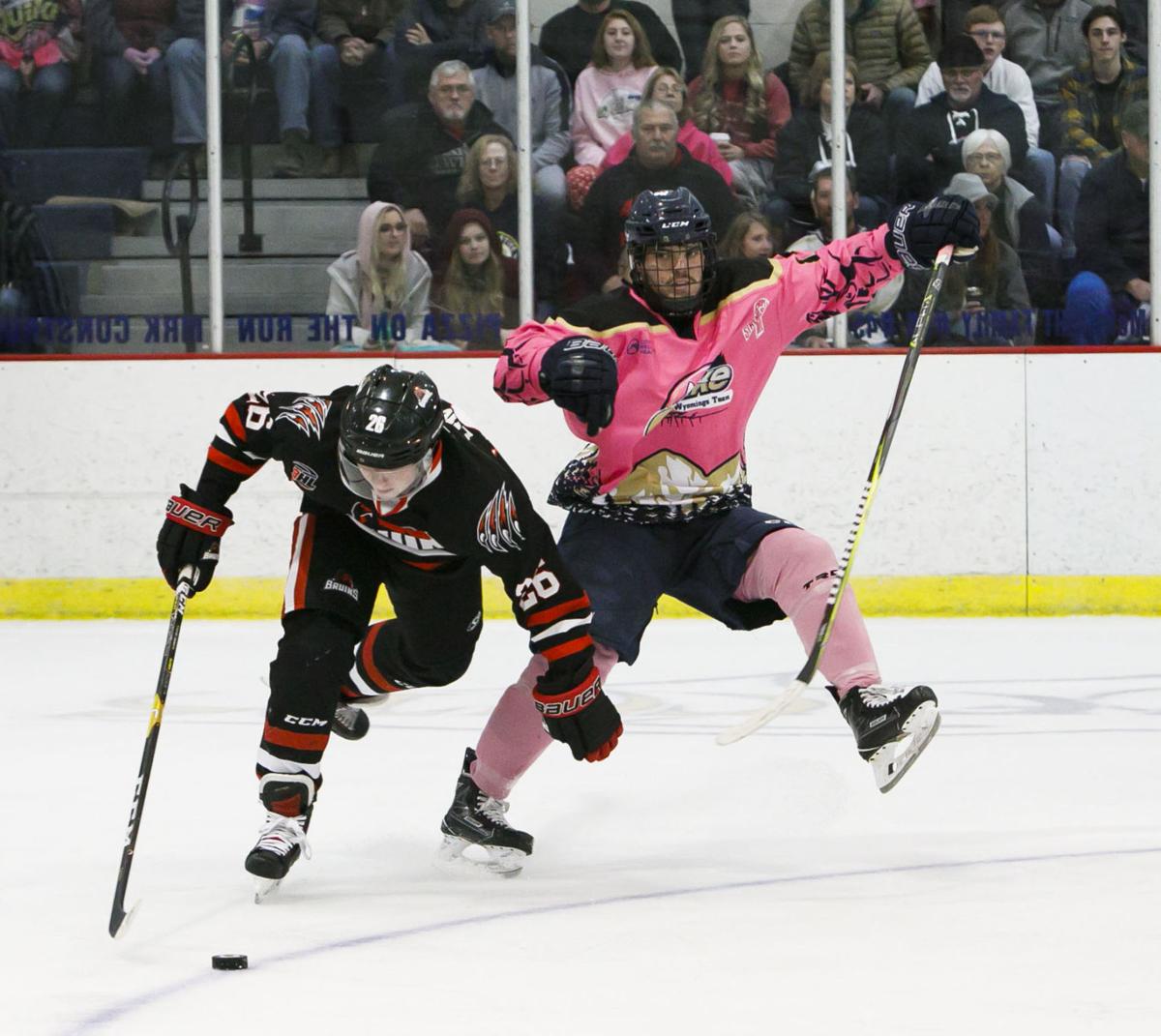 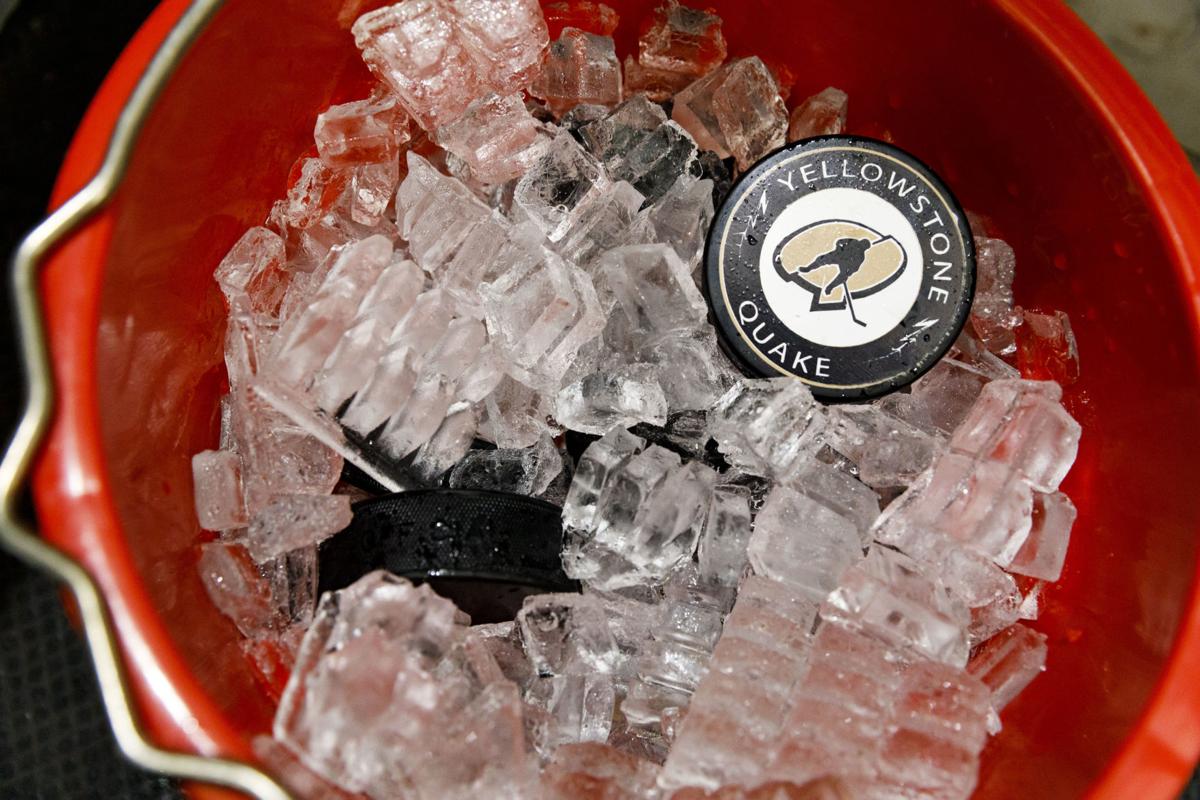 Quake pucks sit on ice during a game against Missoula Saturday night. 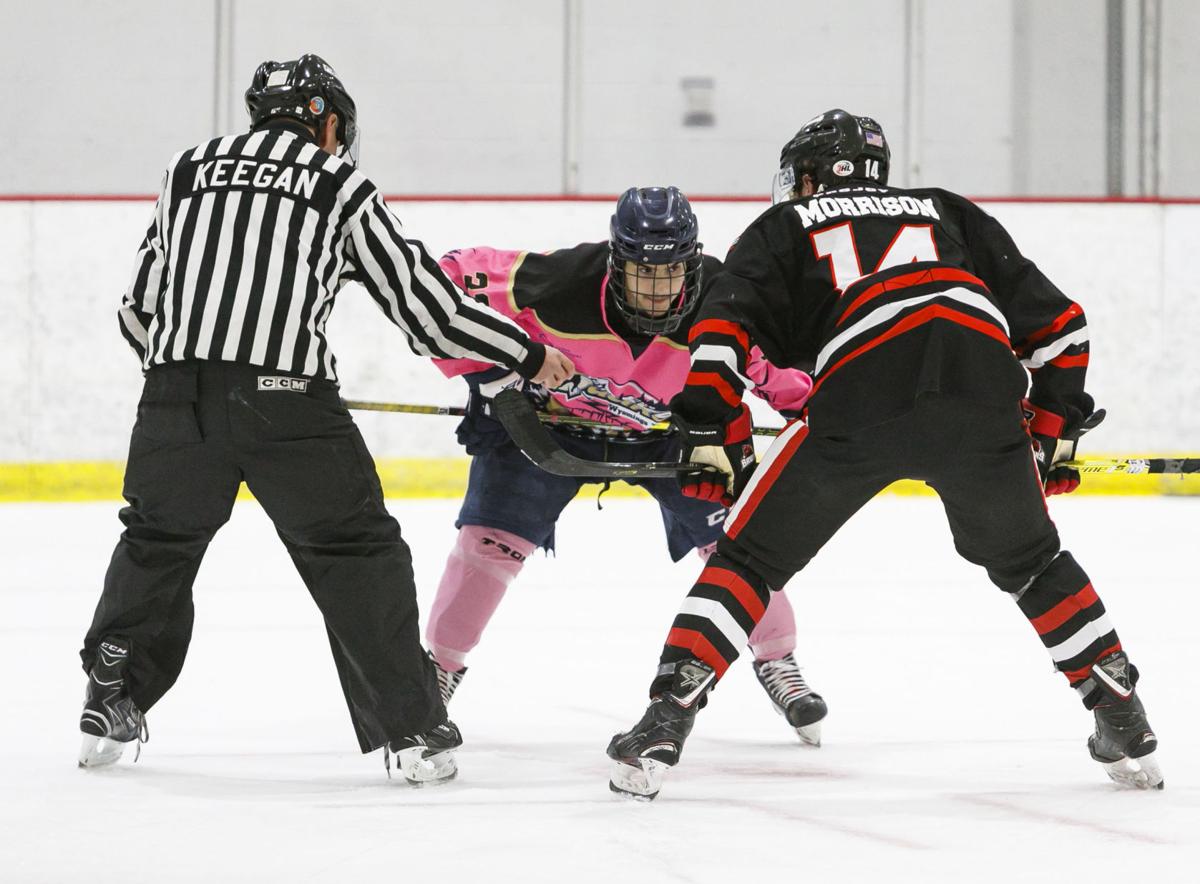 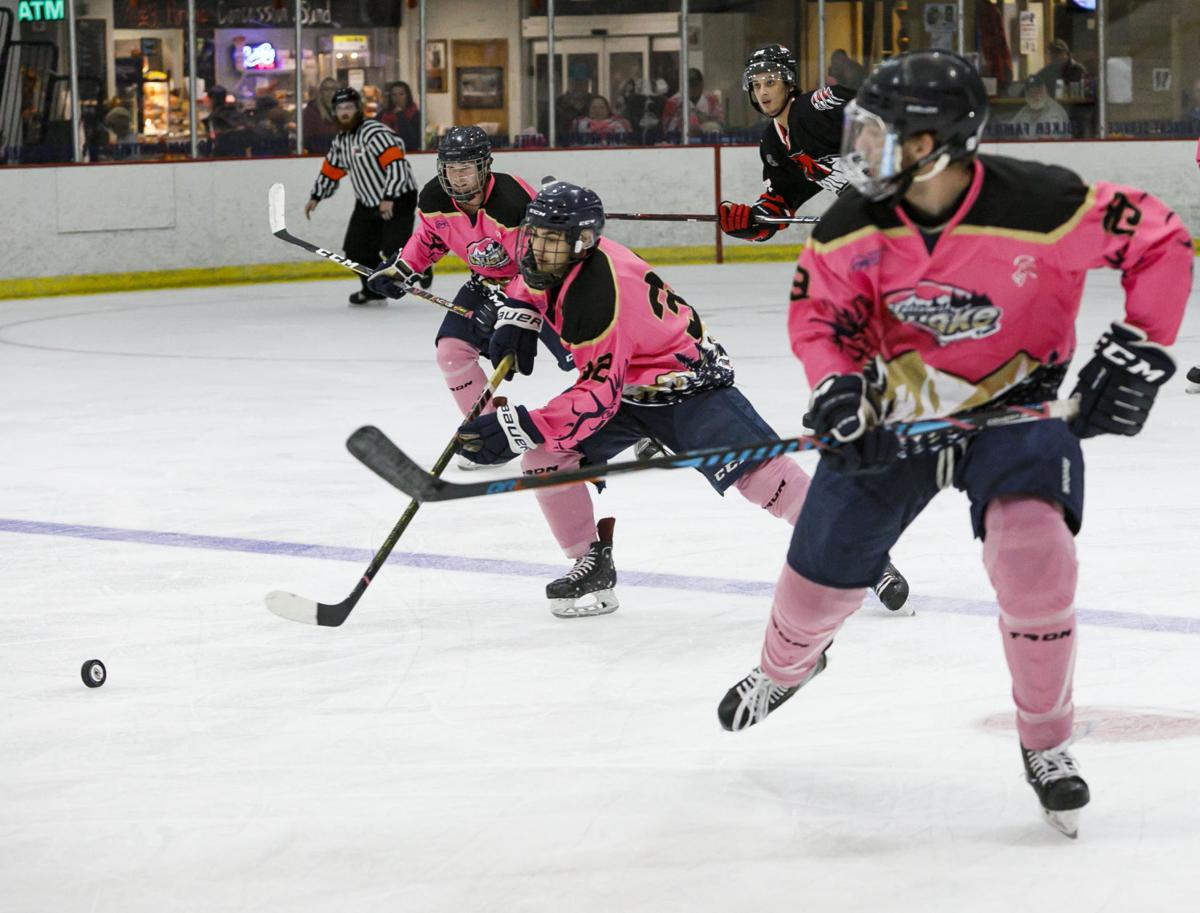 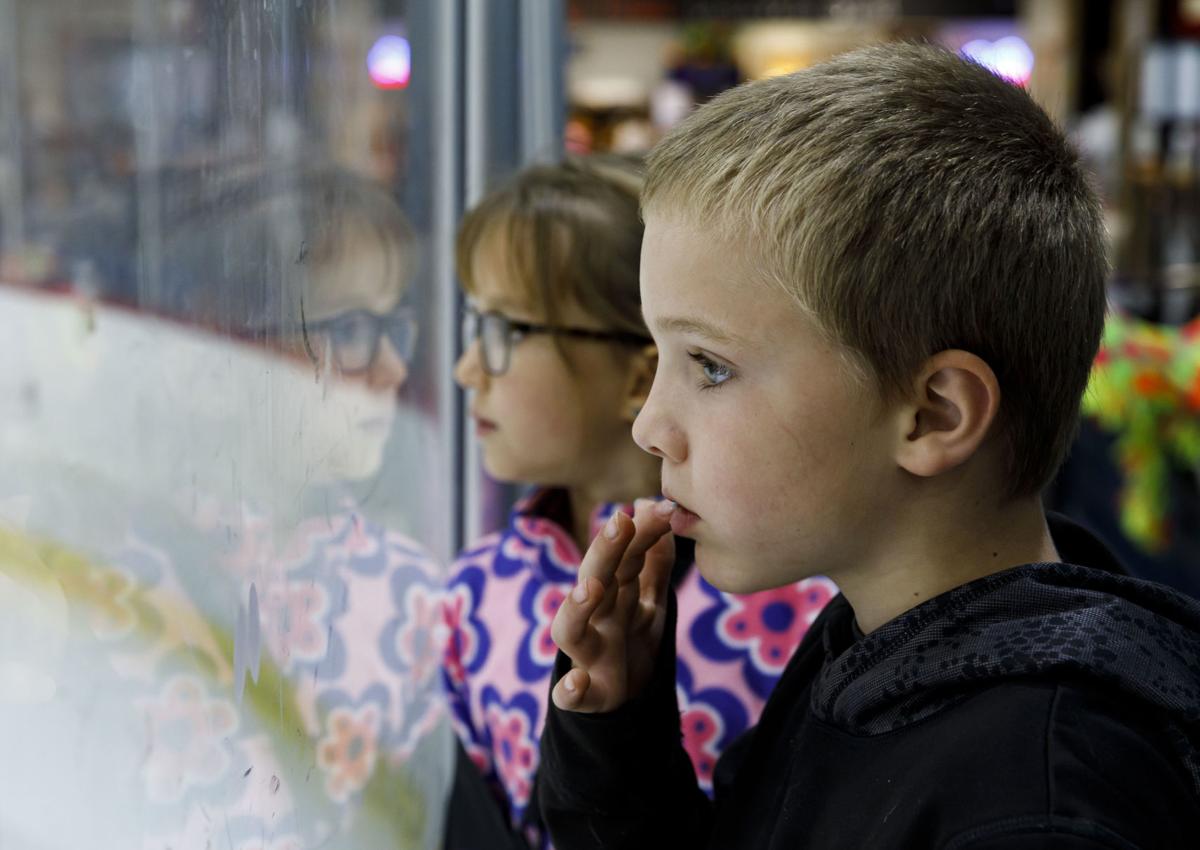 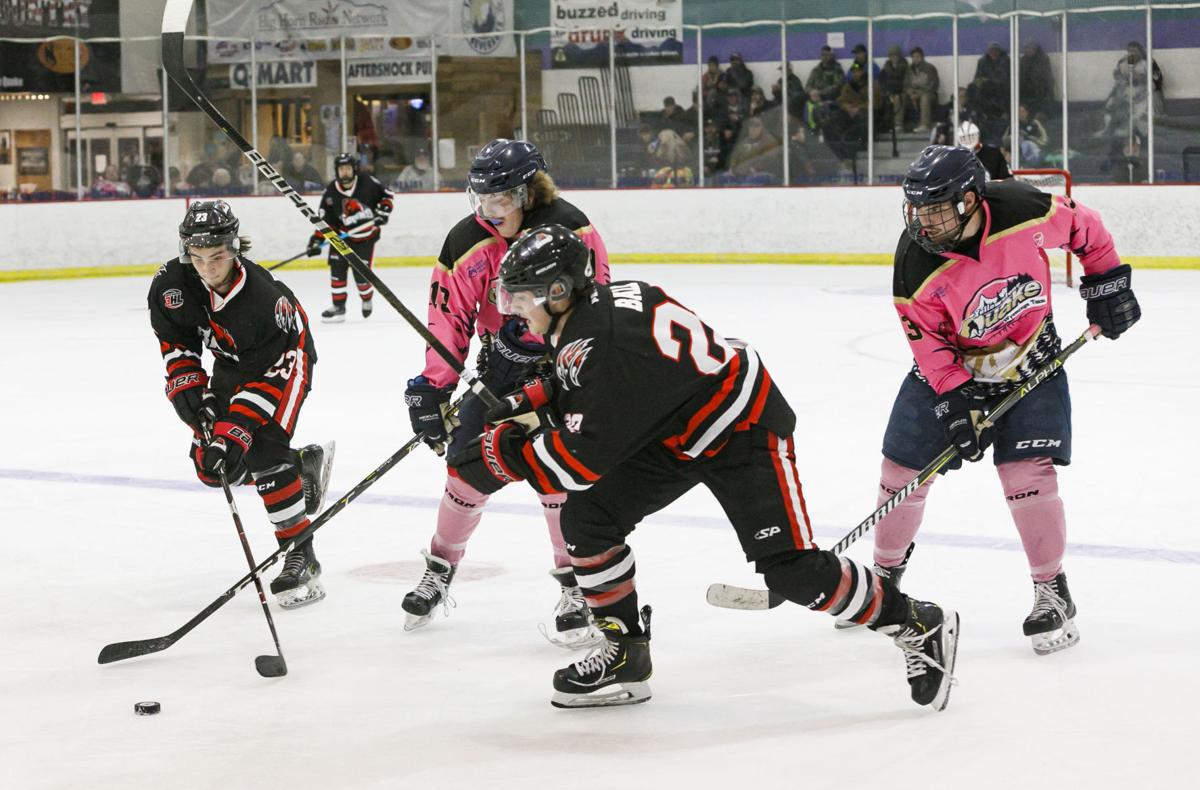 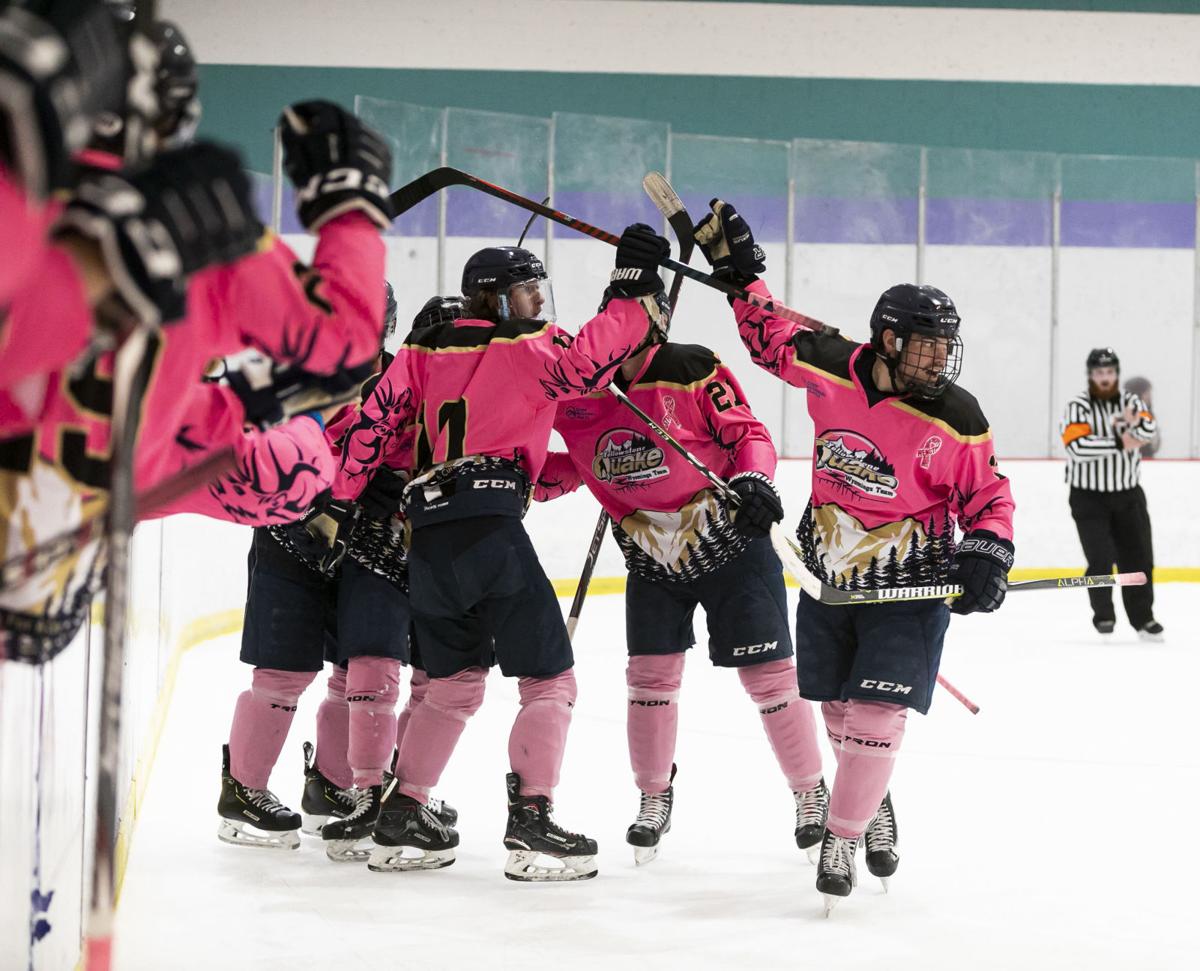 Soffy Anderson, (from left) Macey Reed, and Olivia Whalen from the Absaroka Figure Skating Club perform to I am Here by Pink in honor of those who have fought or are currently battling cancer at Riley Arena Saturday night.

Quake pucks sit on ice during a game against Missoula Saturday night.

After being thoroughly abused on home ice Friday night, the Yellowstone Quake went into introspection mode.

“I was not happy,” Quake defenseman Kirwin Johnson said. “I was angry.”

That mood was pervasive among Yellowstone players who felt it was their fault more than Junior Bruins excellence that cost them the opener.

Following the loss, the Quake conducted a team meeting, then watched game film. Coach Phil Oberlin juggled the personnel on all offensive lines.

“What we wanted to do was to let people know we weren’t pushovers,” Johnson said.

Whether it was offense (41 shots on net, Dylan Rumpke two goals), defense protecting the zone, or goaltending (Michael Allman’s 34 saves), the winning performance erased much of the aggravation of the Friday night game and pushed the Quake record to 2-6.

Cody’s Hudgel Selk got  his first start in goal Friday and the Quake trailed just 1-0 until a three-goal second period unraveled the close game.

“He’s been looking good in practice,” Oblerlin said of Selk. “I didn’t think any of those goals were attributable to him.”

The Quake played a much tougher third period, getting goals from Will Yates and Cade Rosansky. Oberlin said it was either that or quit and “accept defeat. We weren’t out of the game.”

The carryover from the more energetic third period of Friday was evident immediately Saturday.

Rumpke gave the Quake a 1-0 lead in the first period, with assists going to Yates and Johnson. He scored again in the second, with help from Rosansky and Yates. Defenseman Spencer Platt made it 3-0 before the end of the second period and Allman and the defense made that lead stand up.

Oberlin said he is seeking consistency, without so many Friday-Saturday ups and downs.

“We have to figure out what to do on Fridays,” he said.

Allman, who came on in relief of Selk on Friday, said this win itself was a relief.

“When we work as a team overall and play as a team, it feels good,” Allman said. “I think we needed it. We had better defense. We needed a quick start. And we did it.”

For some reason, Quake players tend to slough off on Fridays until teams metaphorically punch them in the mouth, send them reeling and seemingly awaken them.

“No more of that,” Rumpke said. “We’ve got to come out like that (Saturday) every day and not just when we get our butts kicked.”

The yo-yoing has bugged the players.

“It’s just been a lot of frustration,” Yates said. “We need to put a whole weekend together.”

On Friday, Yellowstone is at 7-0 Bozeman and Saturday the Icedogs are in Cody for a 7:30 p.m. game at Riley Arena.