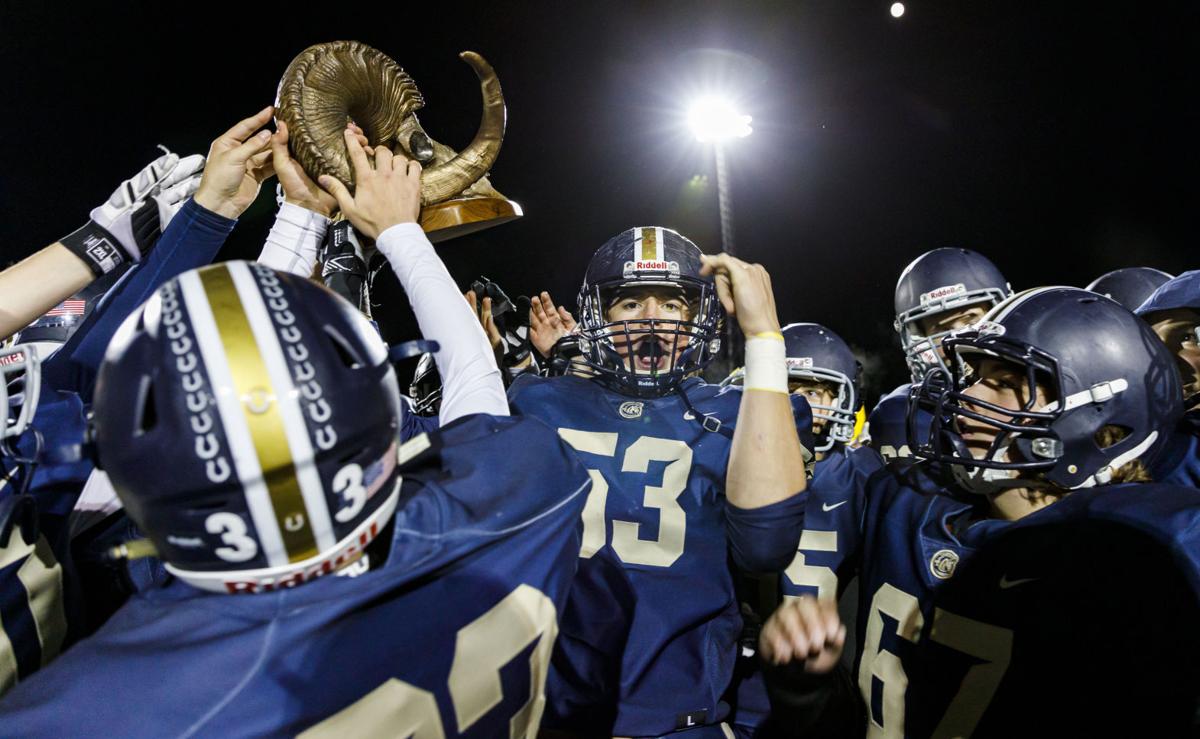 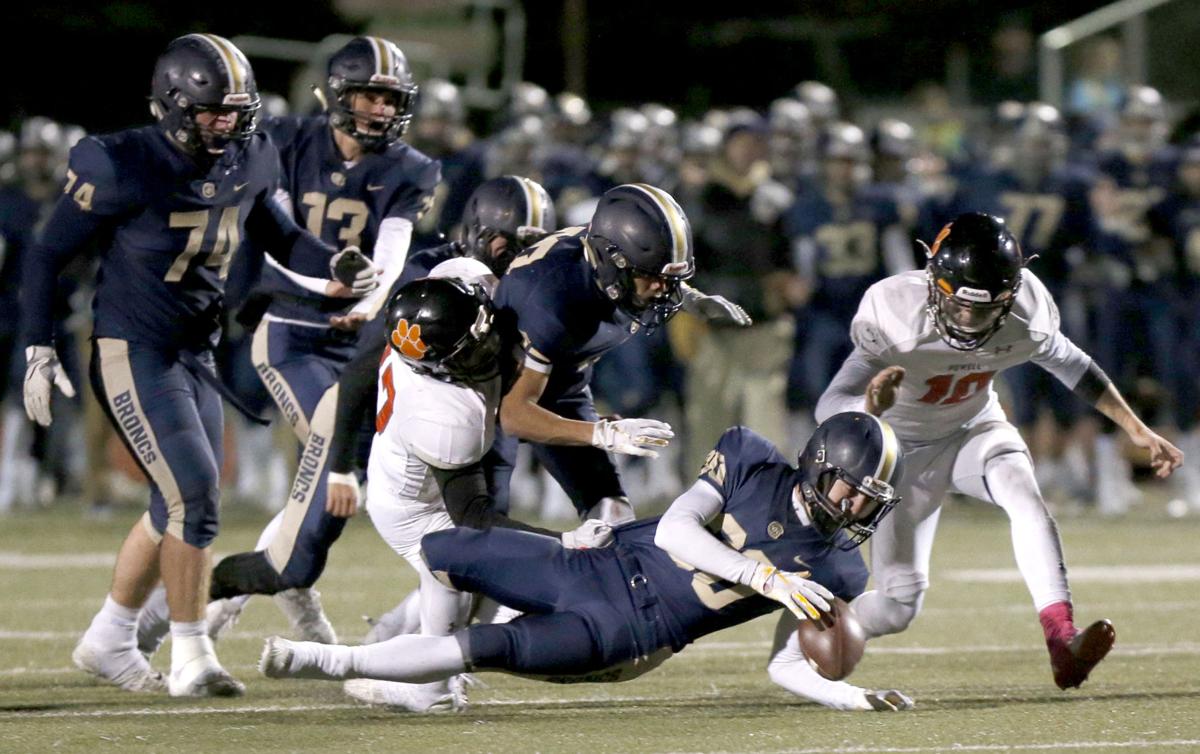 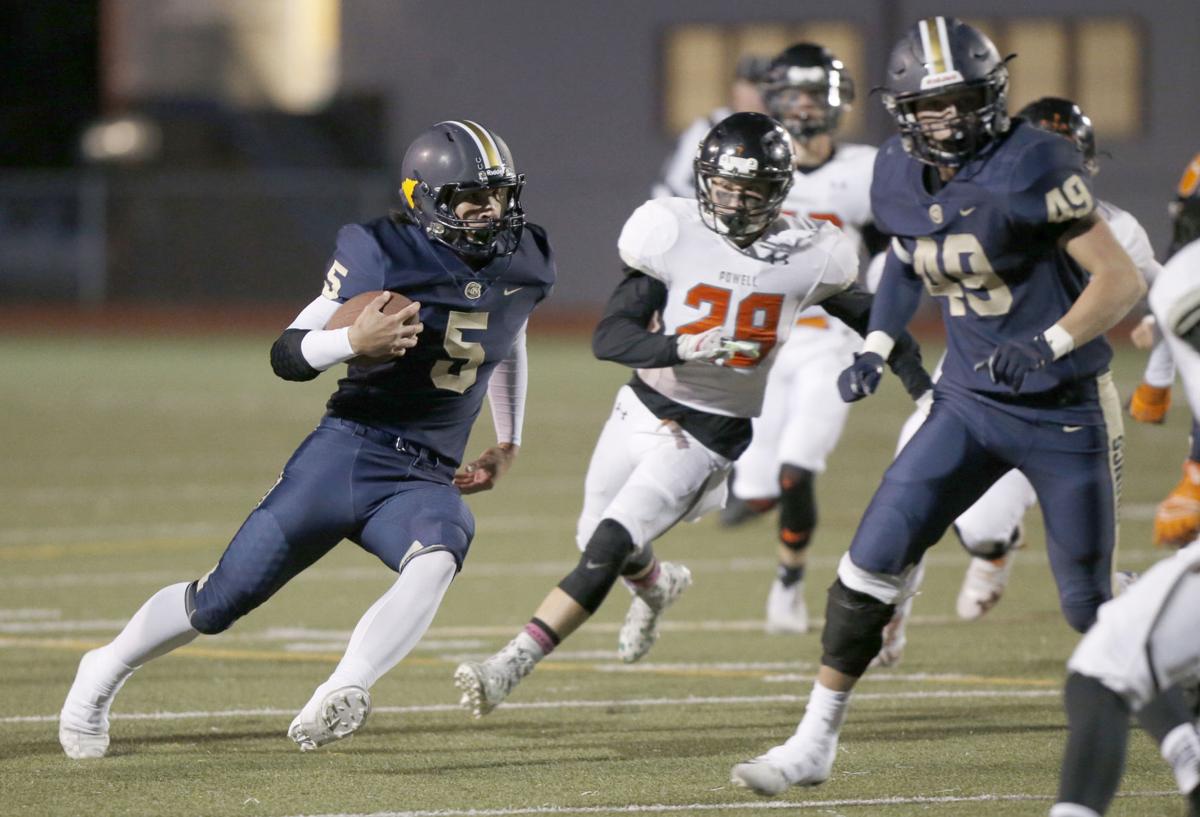 Devon Brown heads up the field during a kick off return. 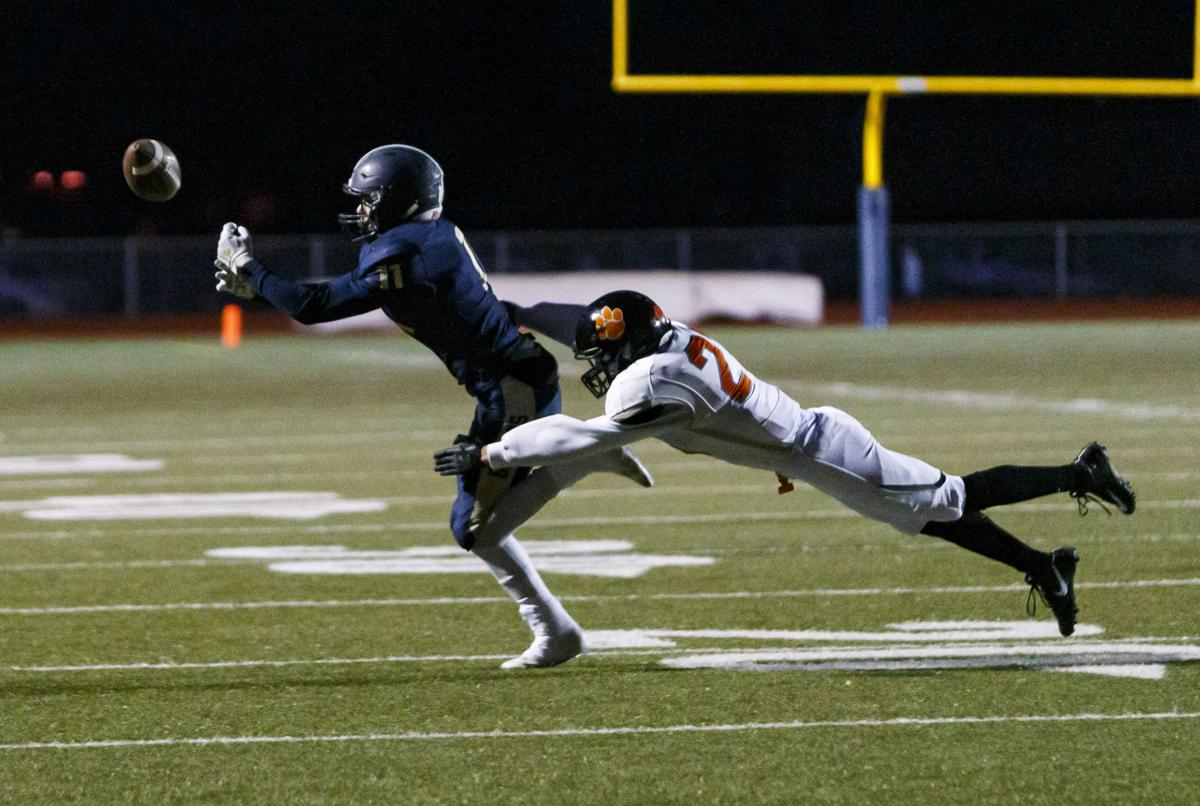 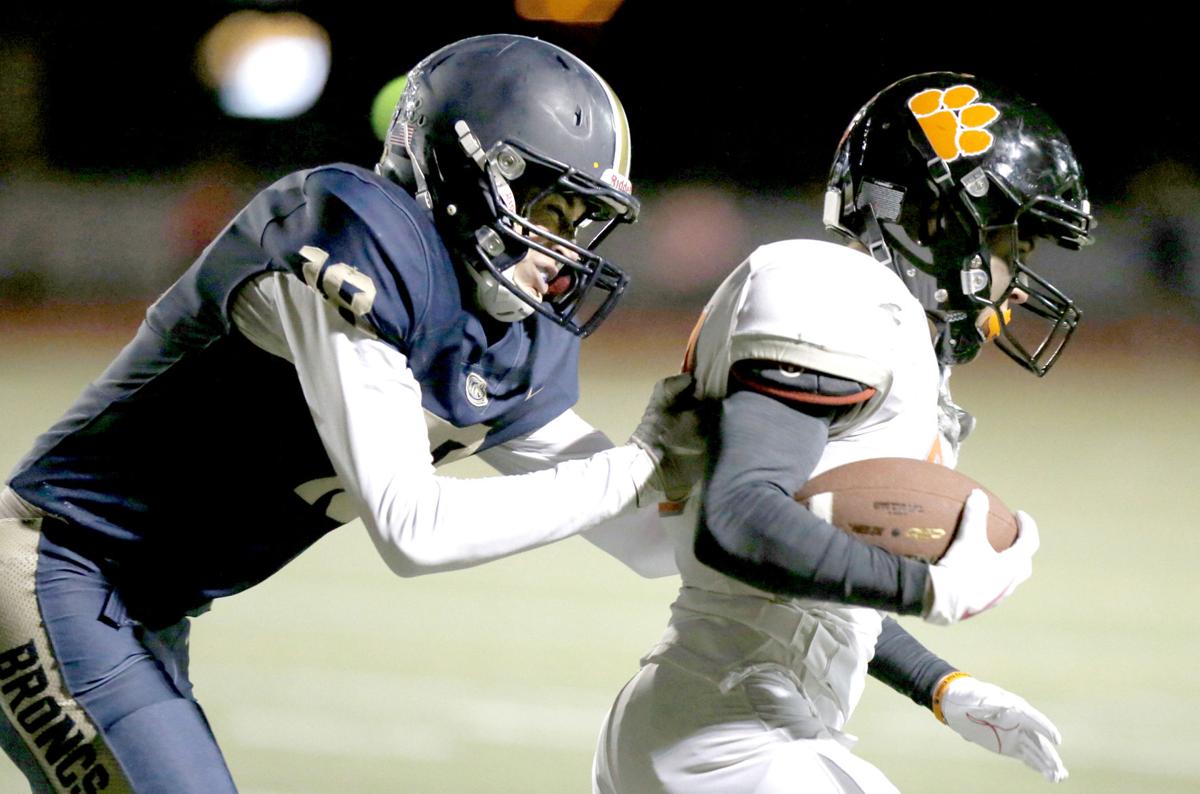 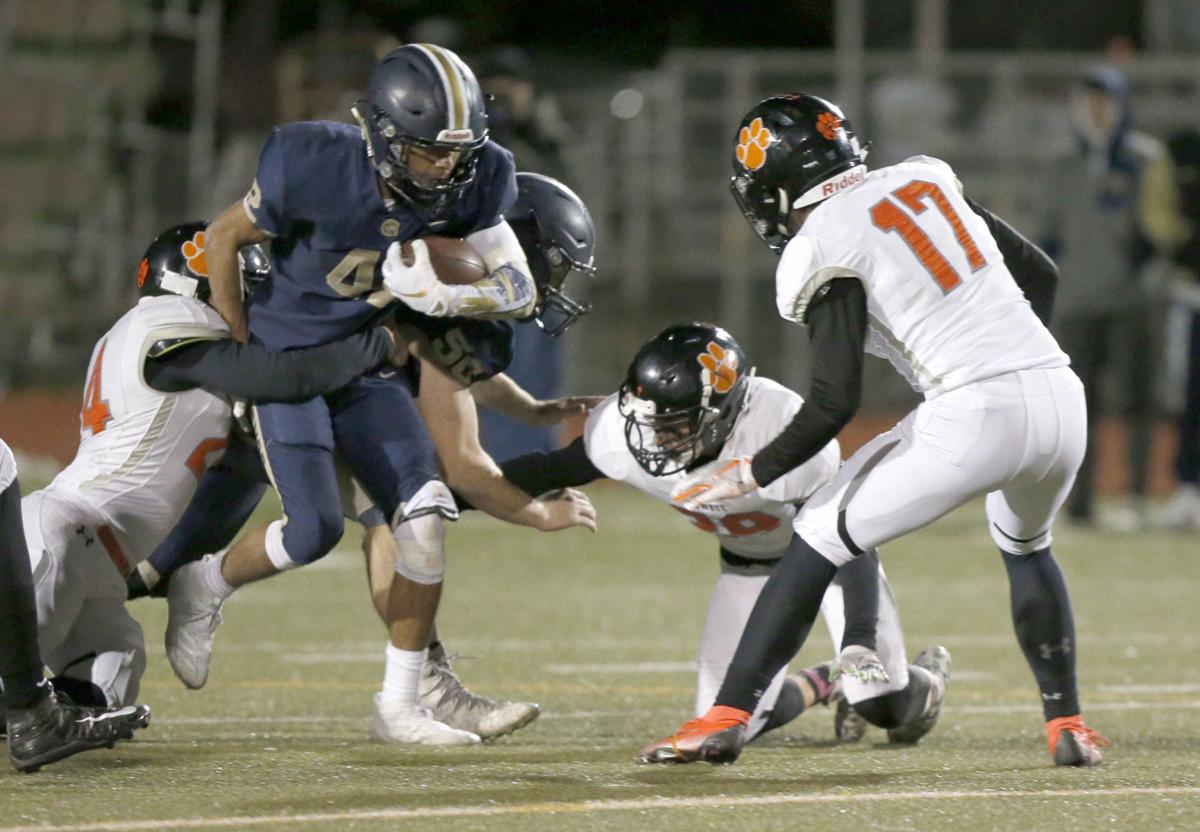 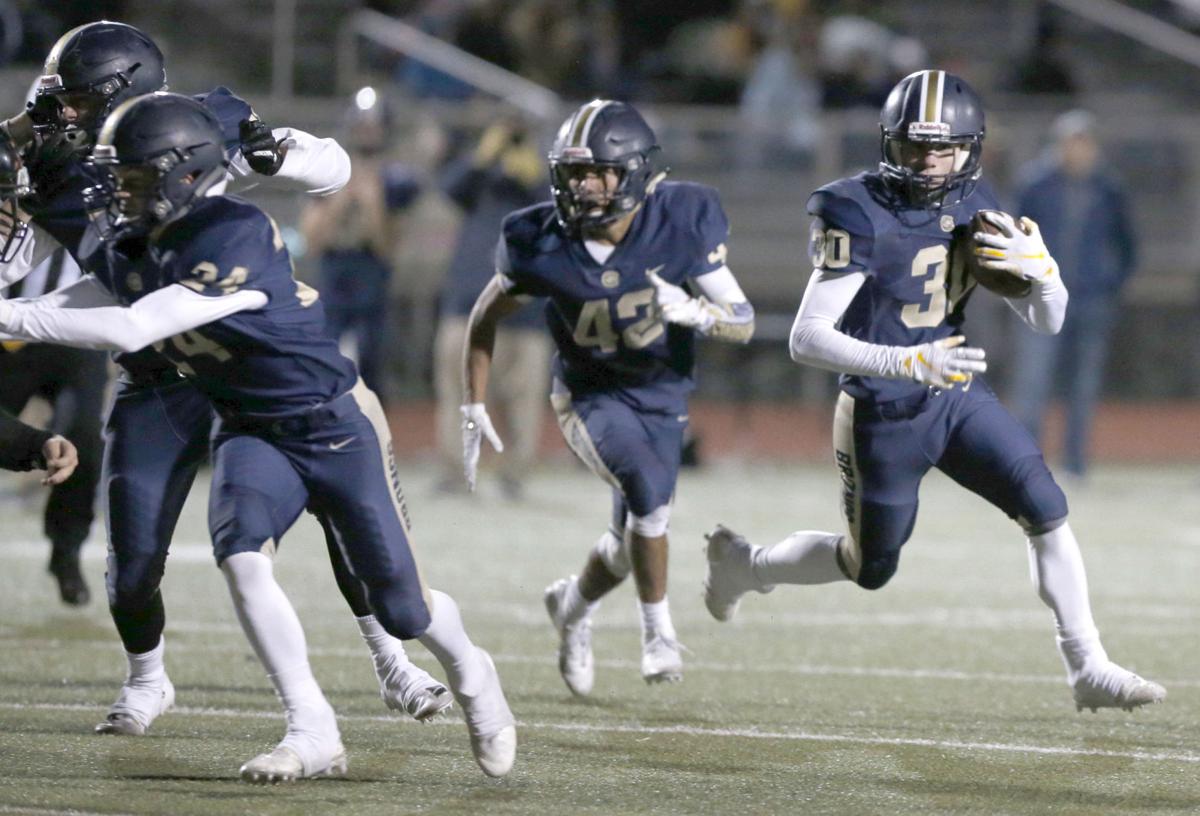 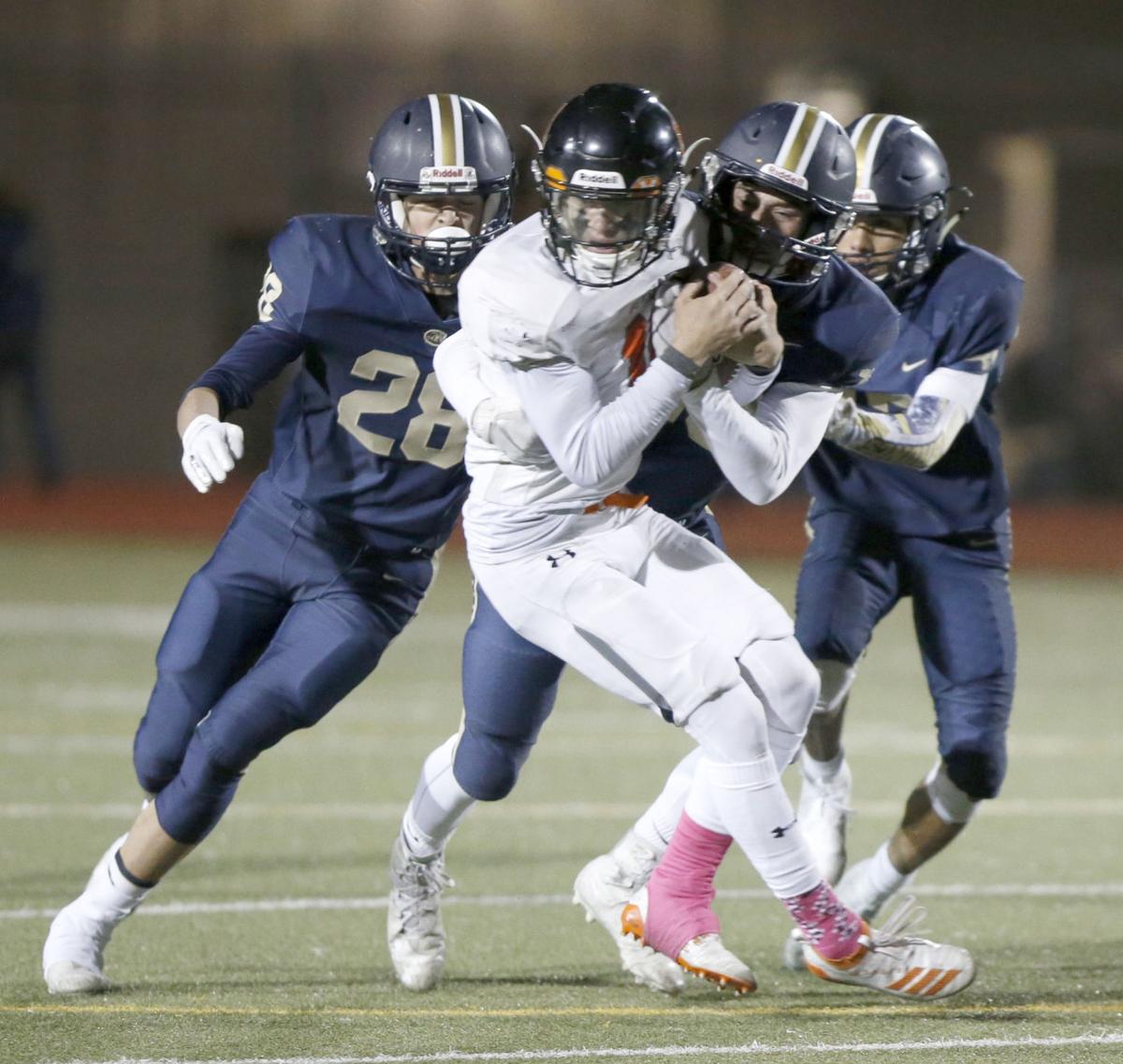 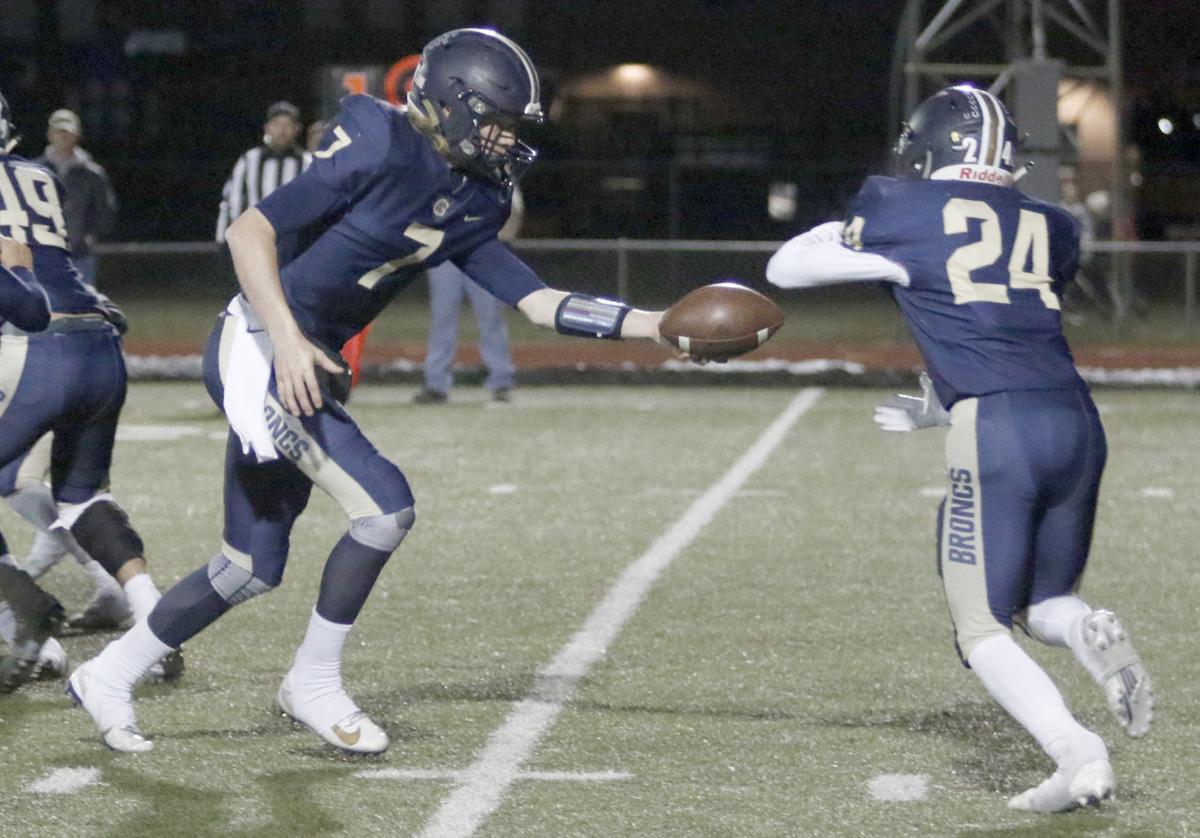 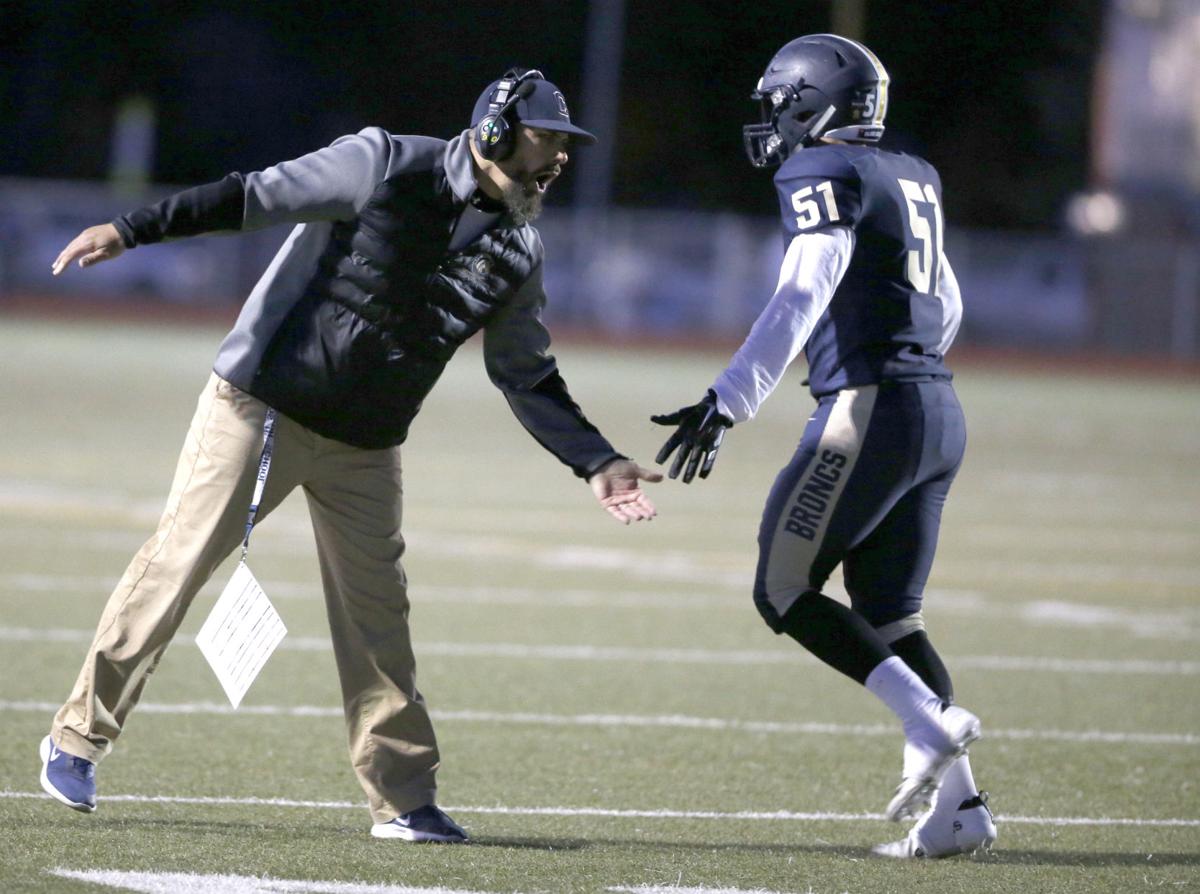 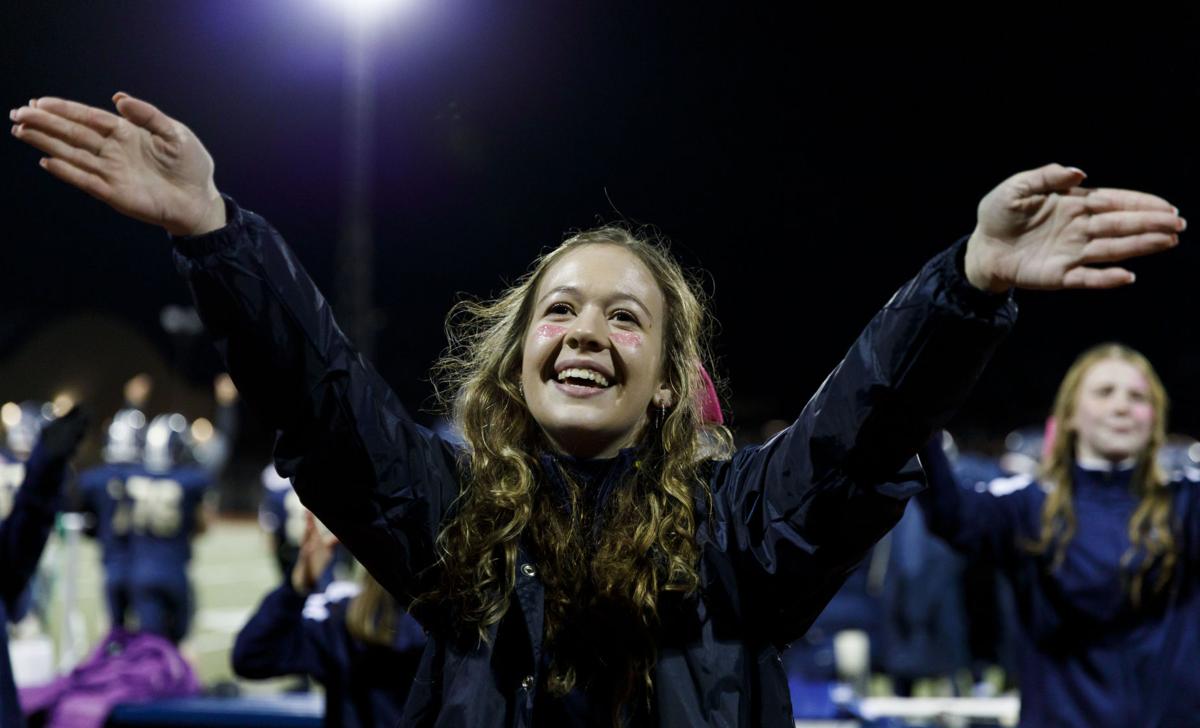 Devon Brown heads up the field during a kick off return.

The Cody football team started hot and never let up in a 38-14 home win over Powell in the Big Horn Brawl. It was Cody’s third win in a row in the rivalry matchup.

“It was kind of chill actually,” lineman Jeff Williams said. “It was physical and what you’d expect out of a rivalry game but we know lots of those guys and we’re friends with those guys.”

Quarterback Hunter Hays and running back Chaz Cowie led the team with two touchdowns apiece. A Hays score shortly before halftime gave the Broncs a 24-point lead they would never relinquish.

But special teams proved the biggest difference for Cody in the game with excellent returning and kicking.

Cowie got the Broncs started early with a 16-yard rushing TD just 1:45 into the game. After a 41-yard kickoff return by Canyon Dim, the Broncs needed only four plays to go 32 yards for a score and a 7-0 lead.

“We really rolled out from the start and jumped on it right away,” coach Matt McFadden said. “We were all clicking pretty well.”

On the next Broncs drive, Devon Brown brought back a line-drive punt 35 yards to the Powell 25-yard line.

“Just getting blocks,” said Brown, who finished with 64 punt return yards. “It’s not just me, we’re all taking part in it.”

With 4:00 left in the first Nic Talich got in on the scoring action with an 11-yard run. Hays orchestrated a fake pass when he swung out far to the right while Talich cut left with the ball through an inside hole.

Early in the second, a few missed blocks by the Cody offensive line led to a Powell blocked punt. With the ball at the Cody 2-yard line, Landon Lengfelder took it in on a 2-yard QB sneak to make it 17-7 at 8:08 in the second.

The Broncs weren’t rattled and quickly moved down field on the next drive. Hays ran it on a QB keeper from 2 yards out to make it 24-7.

Powell attempted a double reverse play on its next possession but the Cody d-line sniffed it out. As Langfelder was getting pulled down he lost the ball and Todd Bowles recovered.

“I just got my hands on (Langfelder) and I started to lose him,” Bowles said, “so I like spun him around and he just fell, and as he was falling he threw the ball out.”

Bowles said it was his first fumble recovery since his freshman year when he scooped a ball for a TD. Although he didn’t score on this one, he said it meant a lot more.

The turnover set the Broncs up deep in Panther territory with 1:36 left in the half. A 12-yard Talich rush brought the Broncs near the goal line and then Hays dove in from a yard out to make it 31-7 with 31.6 seconds on the clock.

In the half Cody had no penalties or turnovers.

The second half was a different story for both teams with as many turnovers as scores.

At 6:47 in the third Brown got in on the defensive action with an interception, but Adrian Geller returned the favor for Powell with a pick just two plays later.

After a 29-yard Brown punt return, Gail was called on again to kick – this time from 34 yards – but his attempt was blocked.

On defense Matt Sandoval led the Broncs with 8.5 tackles. Bowles and Ethan Little each contributed a sack.

Hays was 4-for-13 with 61 passing yards. Cowie led the team with 76 total yards on 11 carries and one reception.

“Team Ethan” t-shirts were seen throughout the stands in honor of Powell quarterback Ethan Asher, who was seriously injured in a car accident shortly before the season started. Powell linebacker Brody Karhu delivered a prayer in Asher’s honor following the game.

“Donating to Ethan, we were playing for him, helping him out,” Brown said, “praying for him and all that, but it’s still a game, still got to play.”

There was no trophy presentation as the Broncs gathered up the Big Horn Brawl trophy for the third consecutive year.

“It was one of those things where your tool shed is on the field (but) after the game, (you’re) hugging it up, loving each other,” Bowles said.

The still-undefeated Broncs will face their biggest test next week against No. 1 Star Valley (6-0). Kickoff is 5 p.m. at Spike Vannoy Field.

“We’ve got a little bit of bad blood,” Williams said. “Some of us consider it the biggest rivalry of the season.”