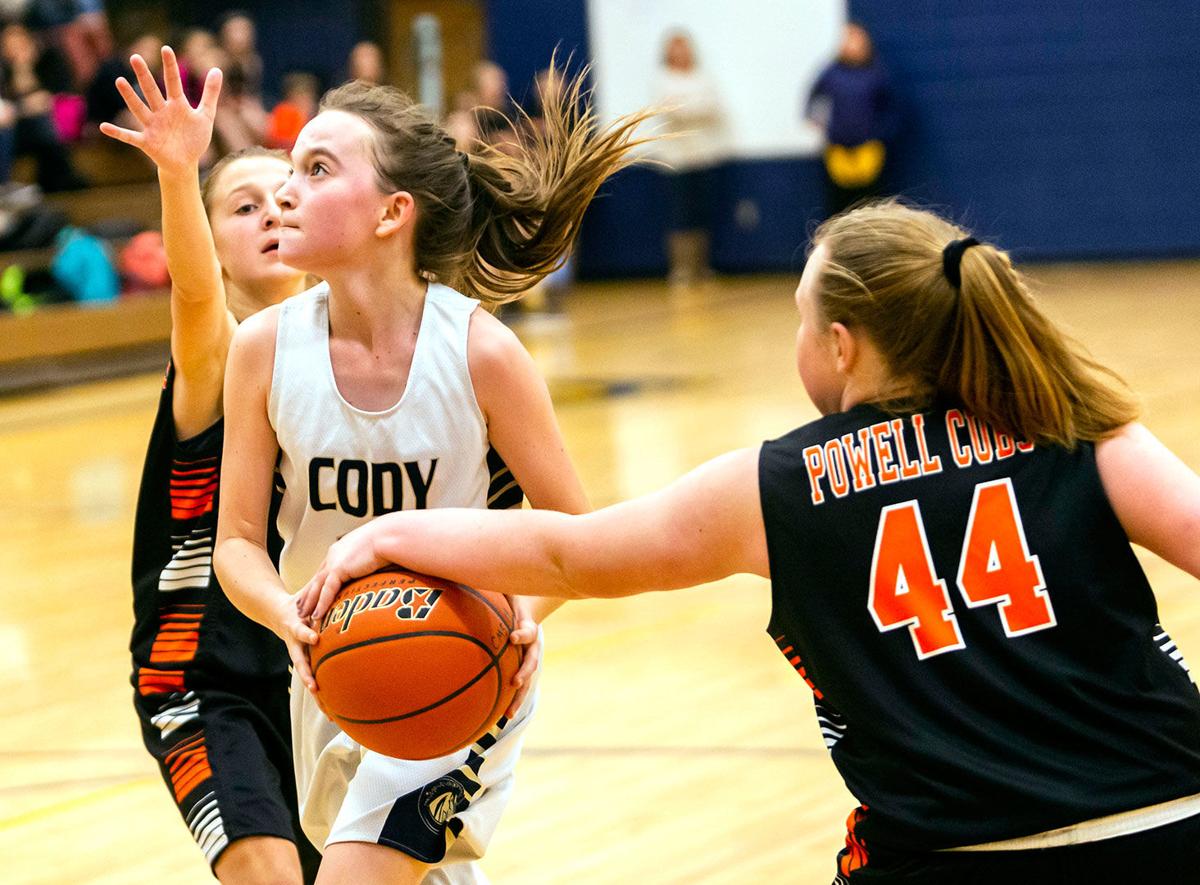 Rainey Powell drives to the basket during the game against Powell. 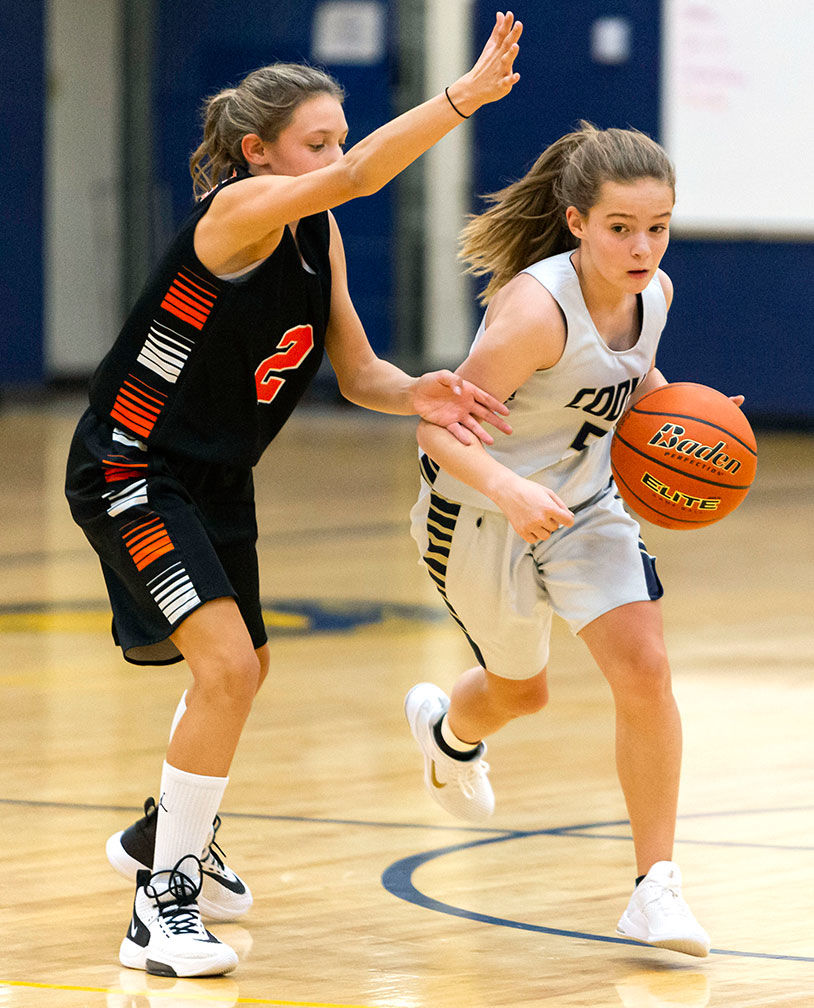 Kennedy Brown dribbles down the court against a Powell defender during a game earlier this season.

Rainey Powell drives to the basket during the game against Powell.

Kennedy Brown dribbles down the court against a Powell defender during a game earlier this season.

The Cody girls seventh-grade A and B teams finished the season with winning records.

The A team went 9-4 in the regular season and took third at conference.

“Our girls had a pretty successful season of basketball,” A coach Pat Nieters said. “I think our girls got better each week and proved that they could compete with anyone we were matched up with. I was very proud of the girls this season.”

At the tournament in December, Cody first played Rocky Mountain and won 32-11.

“This game was well played by our entire team,” Nieters said. “I was so impressed with how hard and smart the girls played from the beginning to the end. It was probably our best-played game of the season.”

“At that point, I felt like we were ready for any team we met in this tournament because our girls were on fire and had an upbeat energy with them that was explosive,” Nieters said.

In the second game the Fillies faced Lovell, a team they had lost to twice during the regular season. Cody lost the game 26-13.

“We knew it would be a tough game, but we were also ready for the challenge,” Nieters said. “Our girls again played very tough. It was all about defense in the first half.

“Although we had a lead at halftime, Lovell’s size and quickness got the best of us. We just got tired and couldn’t seem to find a way to get the ball in the hoop.”

Birch was the top scorer with six points. Massey scored four and Brown shot one three-pointer.

The Fillies matched up with Powell in the third-place game, a team they had swept in the regular season. Cody won 21-19.

“Again, we seemed to just have a difficult time getting the ball to drop in the hoop for us,” Nieters said. “We played a little sloppy at times and made silly mistakes. It was by sheer determination that our girls knew what it would take to get the win because they did come on strong in the end.”

Birch had 11 points, Brown six, and Schoening and Wenke each added two.

“I know our girls wanted to finish higher in the tournament, but it just wasn’t our weekend,” Nieters said. “Overall, we did have a pretty successful season. We had a great group of girls that worked hard to get better each week and they all were a pleasure to work with. Coach (Mike) Denning and I wish them well as they move on next year.”

The B team went 11-3 during the season 2-1 at the B Jamboree in Lander at the end of the season.

“We are very proud of these young ladies as they worked hard and improved all season,” Denning said.