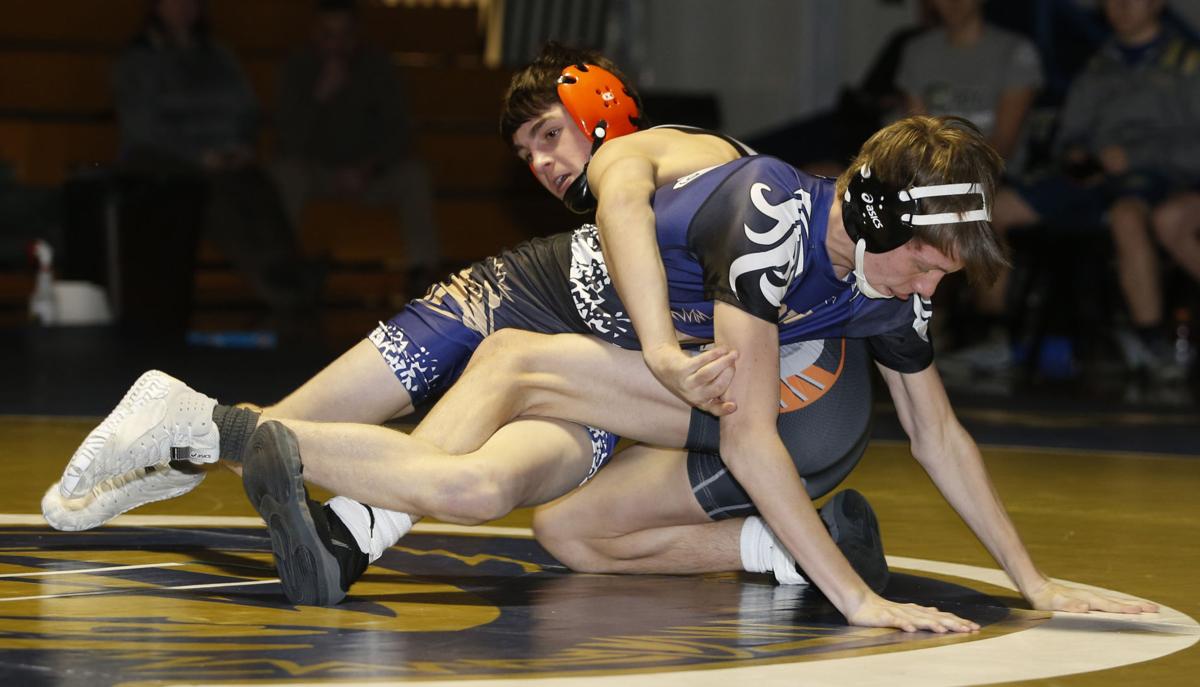 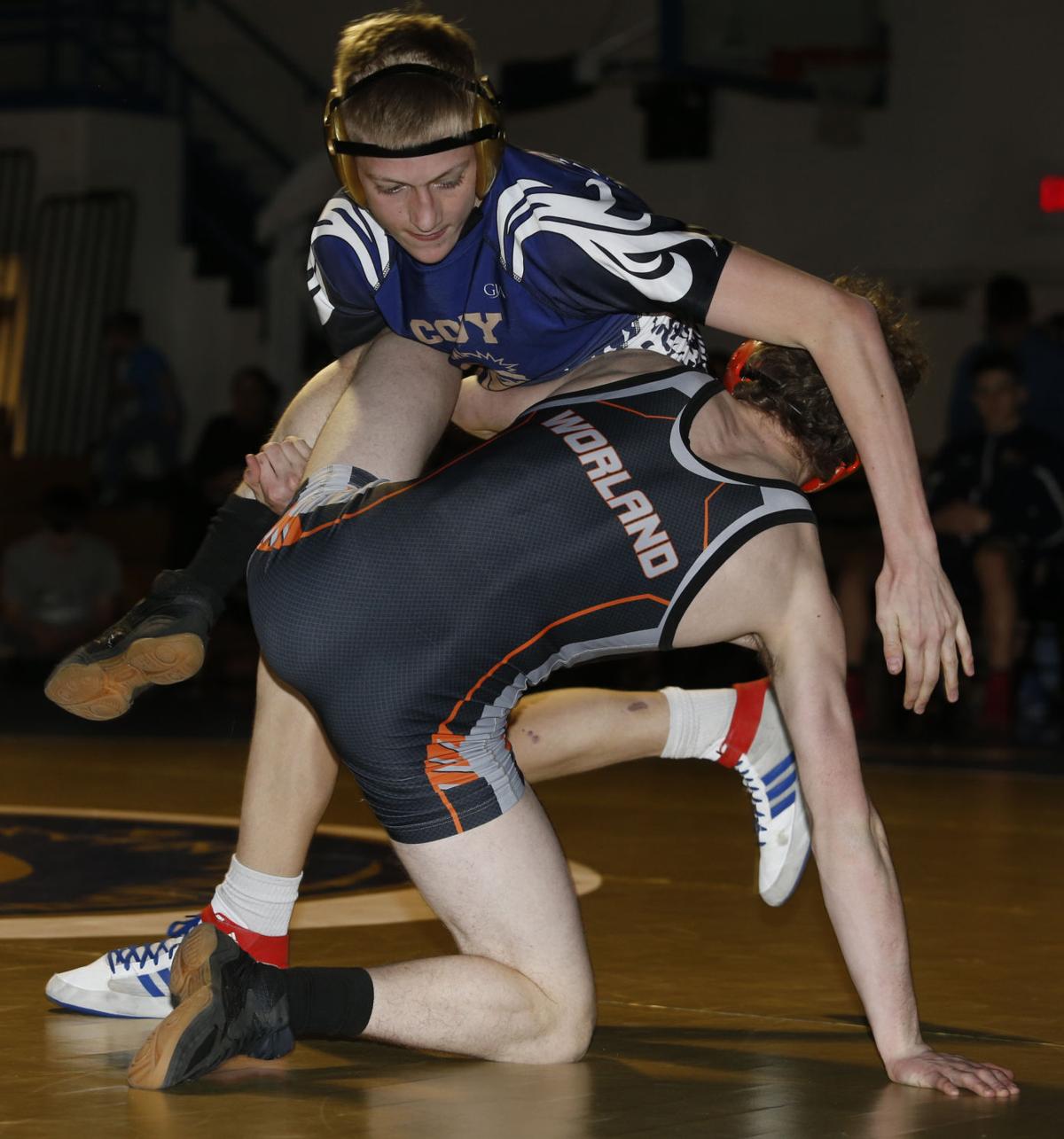 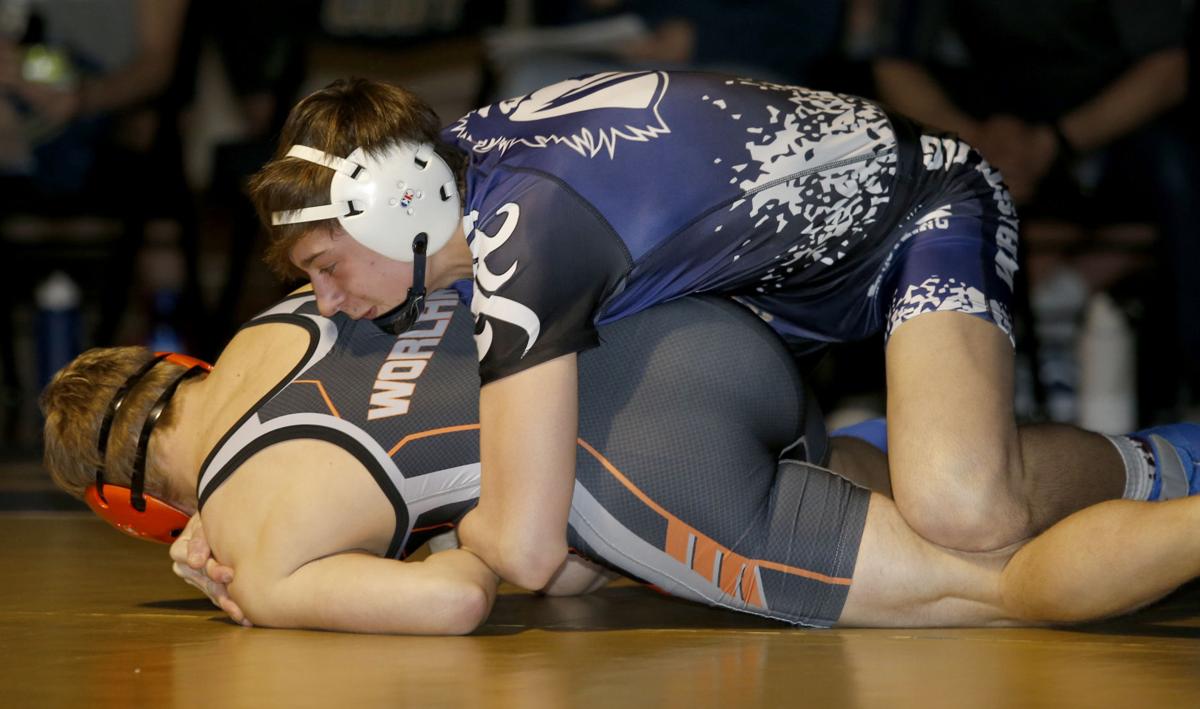 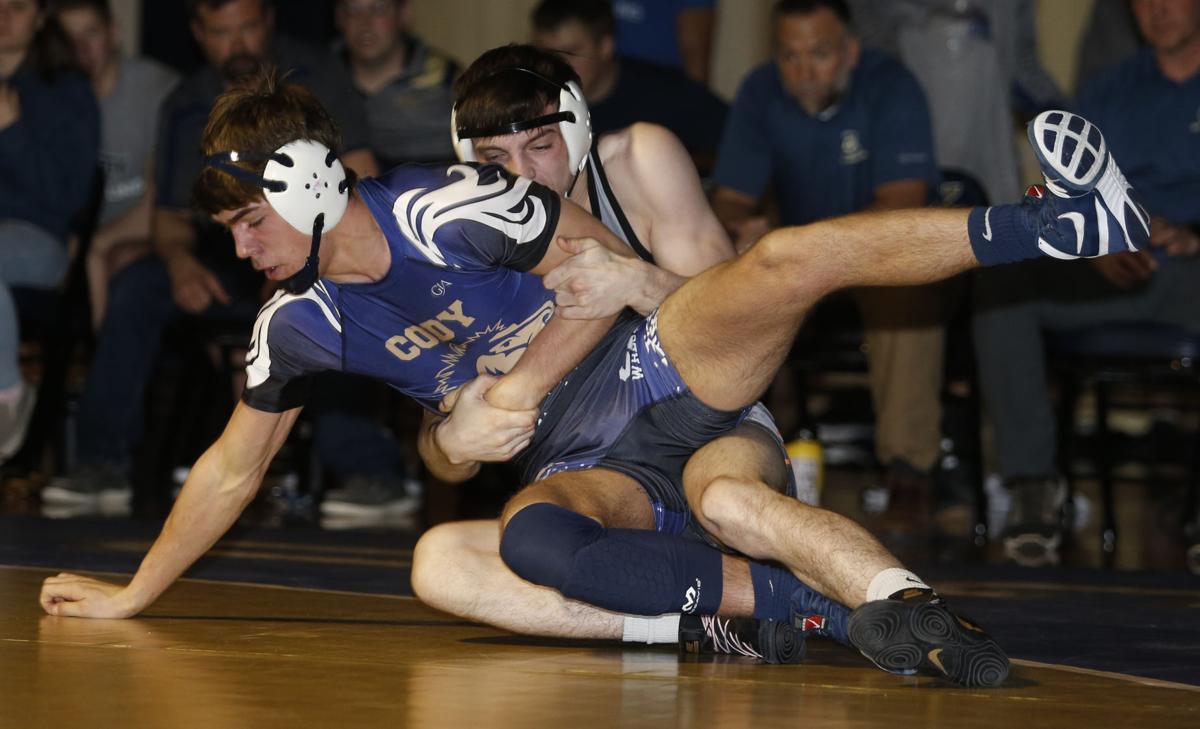 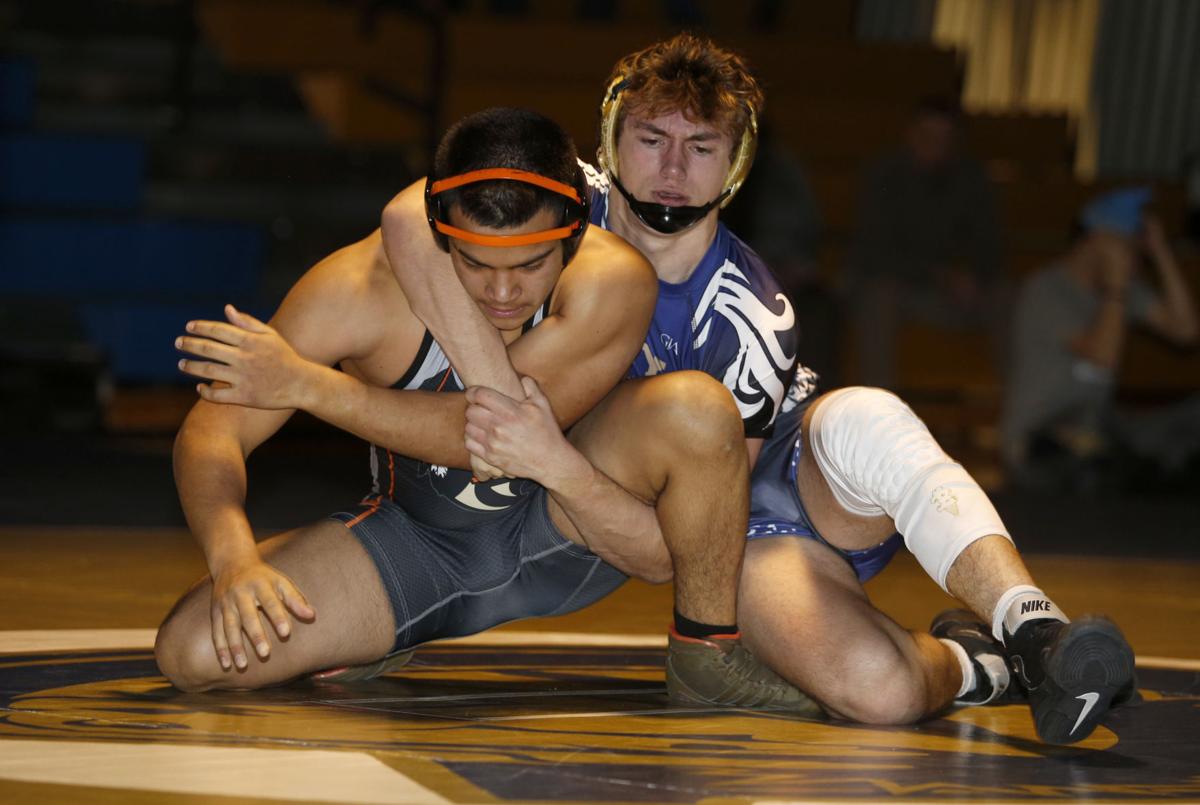 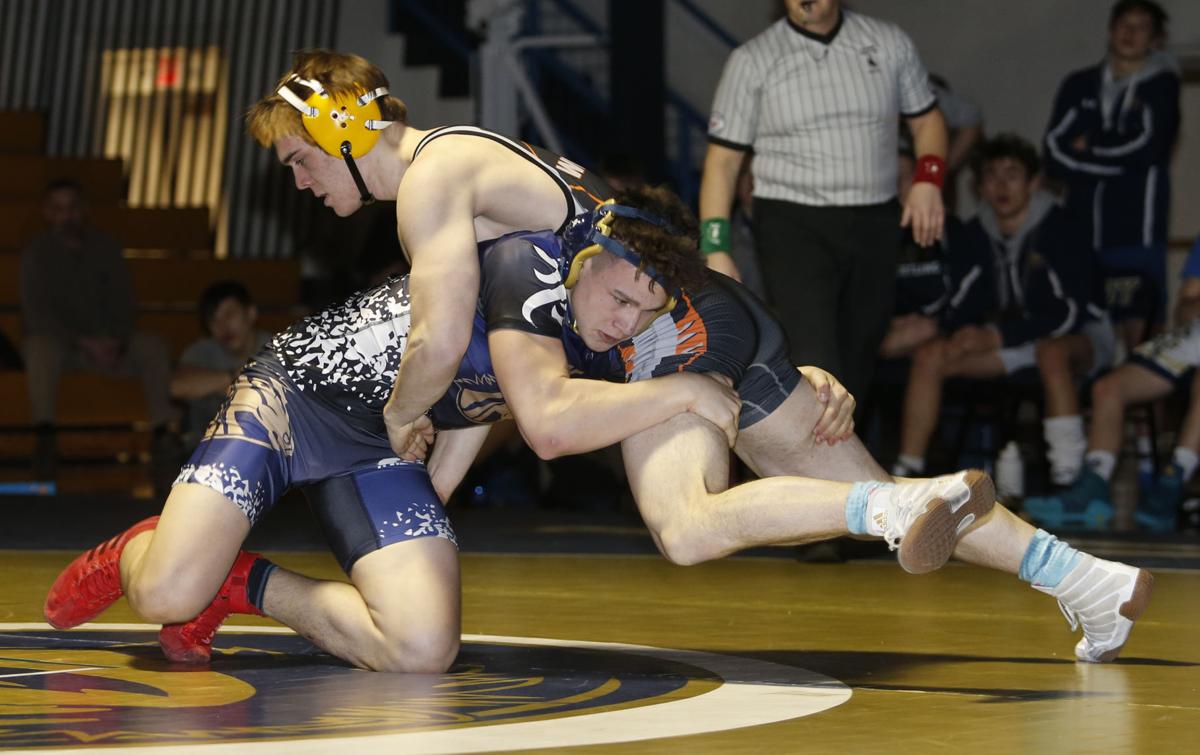 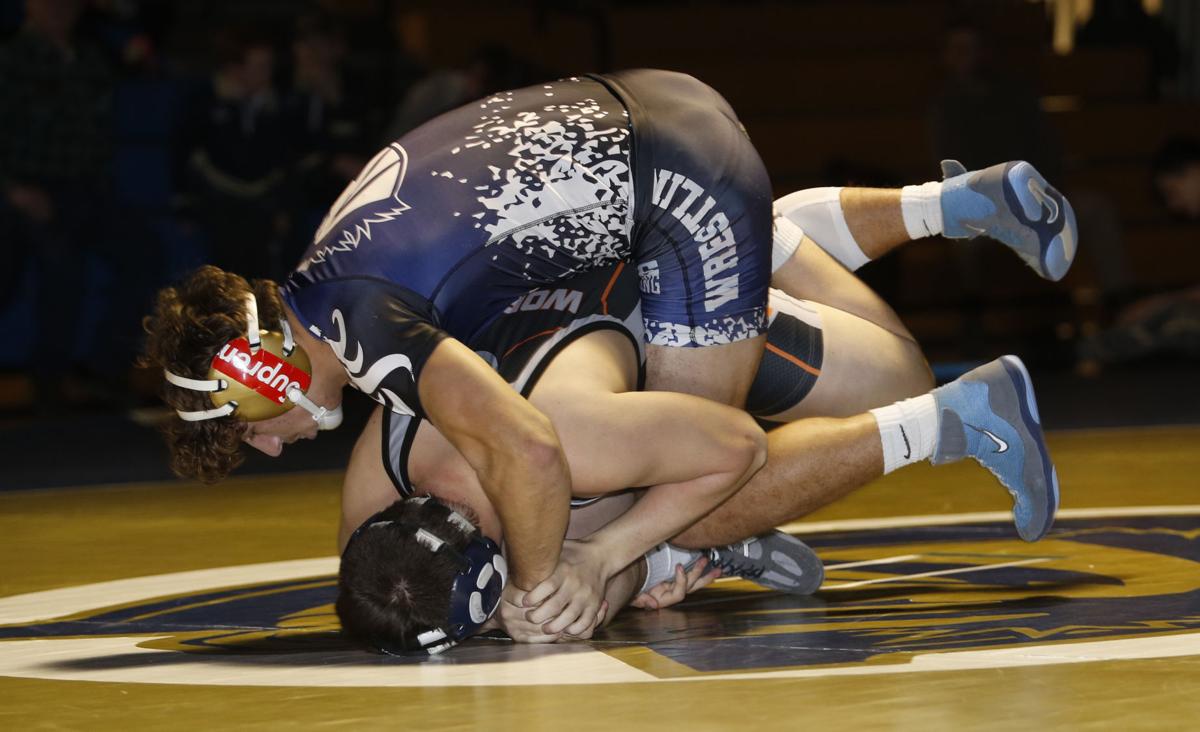 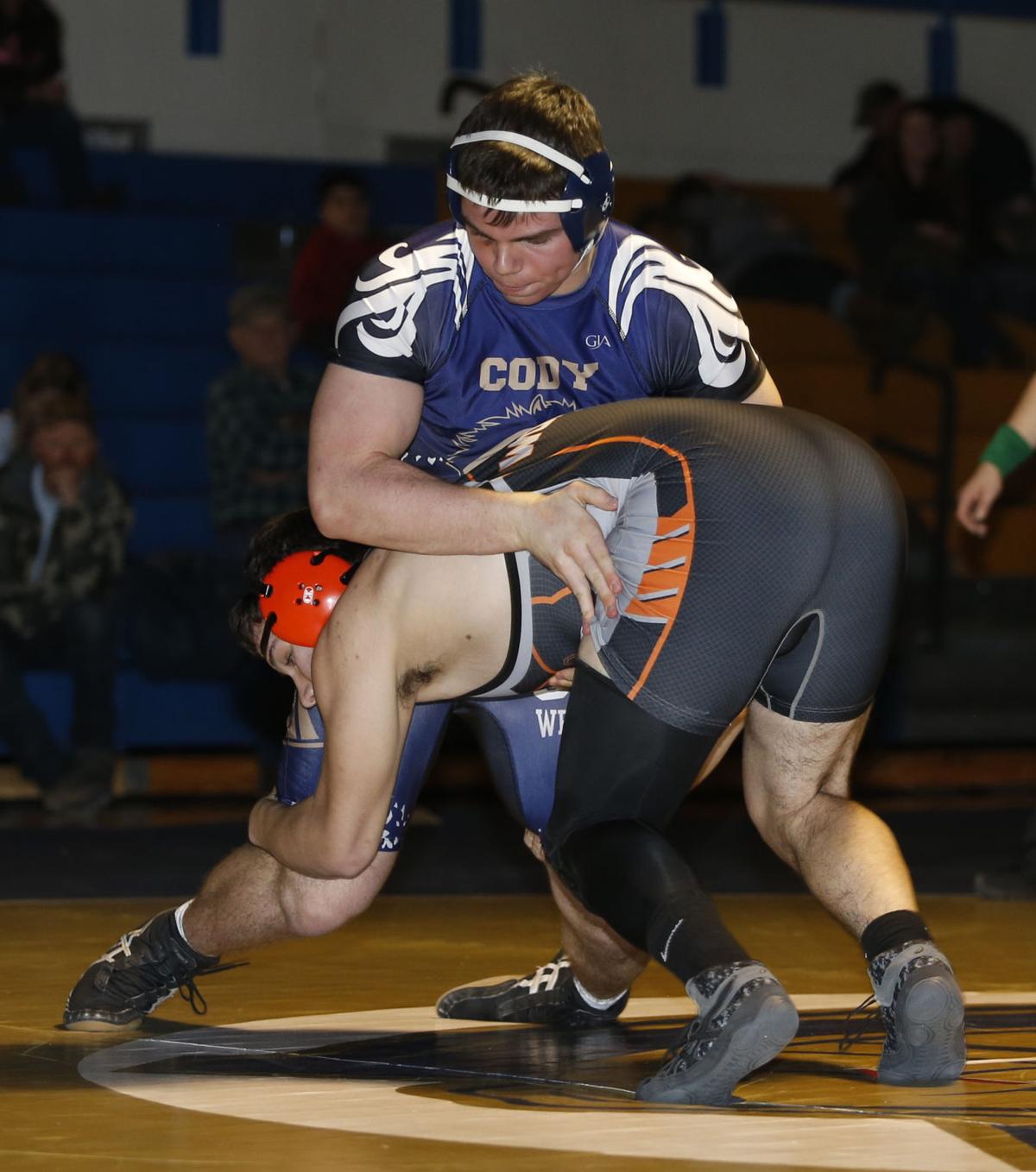 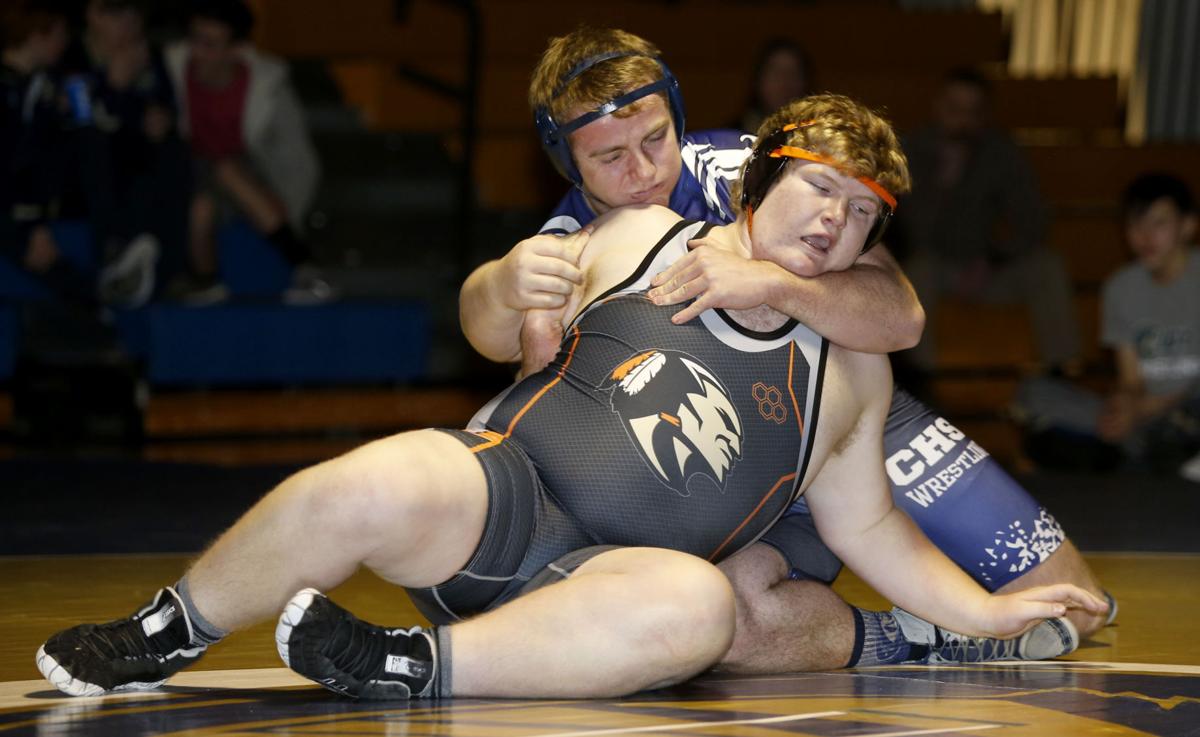 The Cody wrestling team proved it’s shaping up at the right time after a 46-36 loss to Worland on Friday.

In the teams’ first dual early in the season the Broncs scored just 12 points in a 66-12 loss.

“I think we wrestled better than we have all year,” freshman Dylan Campbell said. “The last time we wrestled them we had 12 points and this time we had 36. It makes us confident.”

“I was really surprised when I won,” he said. “He definitely had the upper hand in the first period.”

Jackson Wood (152) made quick work of Case Hofmann, pinning him in 37 seconds.

Grayson Beaudrie (170) was up 10-1 in his match when Ralph Moreno had to injury default.

Charlie Beaudrie didn’t waste any time in his match, taking Christian Peterson down and earned nearfall in the first 30 seconds. He earned the pin in 49 seconds.

“Charlie ran some offense on top which you don’t see him do too often,” Wood said. “He used a cradle and shocked his teammates.”

“Ghavin wrestled tough, not giving up a pin,” Wood said.

Cody was open at 106 and 145 and sat No. 4 ranked Brady Deming due to a skin issue. The Broncs also missed seniors Matthew Stroble and Matt Sandoval, who are both out with concussions.

“I think if they would have wrestled we would have come out ahead in the dual,” Wood said.

On Thursday the Broncs earned a 60-12 win over Greybull-Riverside on senior night.

“We still need to clean up a few things but we’ll take a win against a young Greybull team,” Wood said.

Six open weights during the night gave Cody 24 easy points, but the Broncs were solid in head-to-head matches to extend the lead.

“For the most part we wrestled aggressive,” Trotter said. “Our goal was pins and not just wins.”

Cody earned six pins during the night, starting with Campbell (138), who won by fall over Jake Schlattmann in 1:44. Fitzgerald (145) then pinned Carlos Garay in 37 seconds.

Trotter (160) made quick work of Brian Galvez, winning by fall in 55 seconds.

“My goal was to go in calm and collected,” he said. “It was something I wanted to focus on and I feel like I did well.”

He said he enjoyed wrestling in front of the Cody fans.

“It was my first home dual of the season because I sat out the first one with an ankle injury,” he said. “It was exciting to wrestle under the lights in front of the school.”

Grant (182) earned a 11-6 decision win over Bryant Davis. Grant had a takedown and two nearfalls in the first period to lead 7-0. He added four points in the second on two reversals, but Davis scored five on a reversal and nearfall. His final point came in the third on an illegal hold by Grant.

“I thought it went good,” Grant said. “It seemed long but it was fun.”

Both were warned multiple times as the match wound down to quit stalling and late in the third Clutter was penalized for it. Beaudrie then earned a quick takedown to pull out a 6-4 win.

“This was one of our better duals,” Grant said. “And it was fun to run down from the balcony.”

Prior to the match seniors Charlie Beaudrie, Fitzgerald, Sandoval, Stroble and Jeff Williams were honored, along with managers Jariah Cogdill and Rachel Sanchez.

“It’s bittersweet,” Williams said. “Wrestling is a tough sport that wears on you but I love wrestling in front of the home crowd. It’s just a different energy.”

Cody now heads to the 3A West Regional at Mountain View.

“We should do good at regionals and state and get some wins,” Grant said.