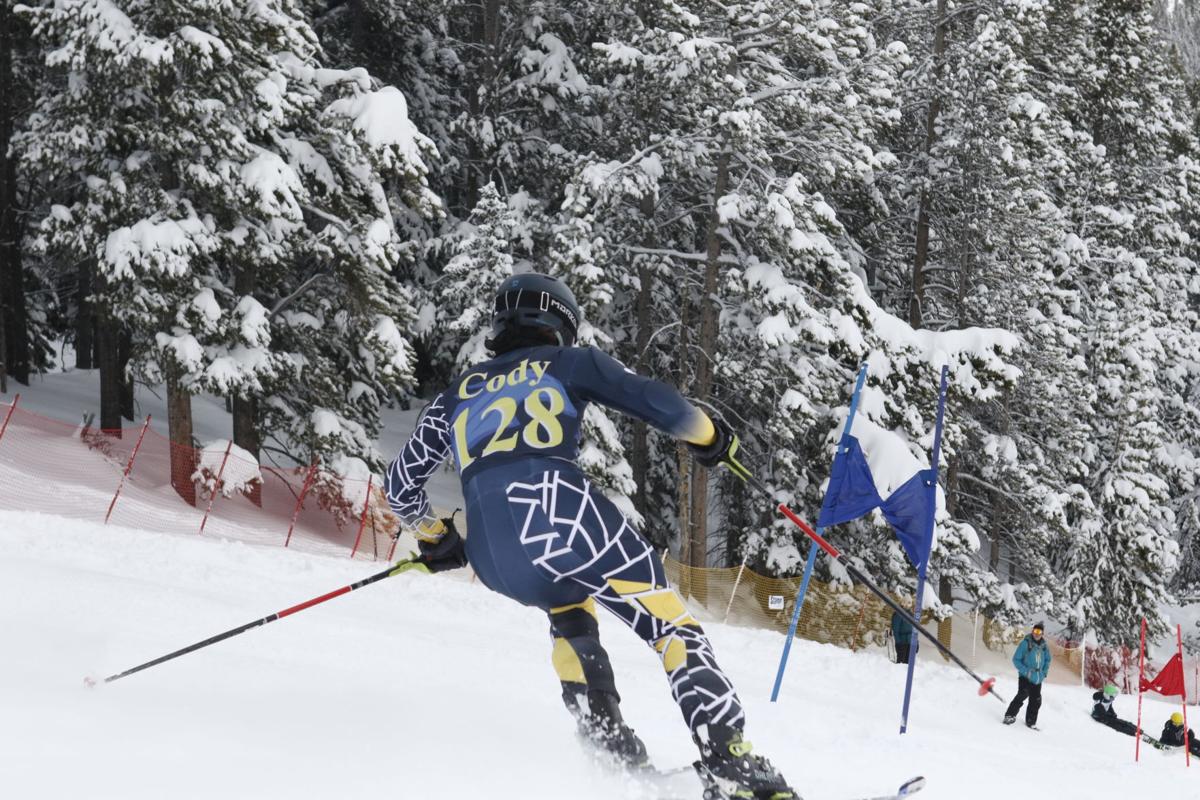 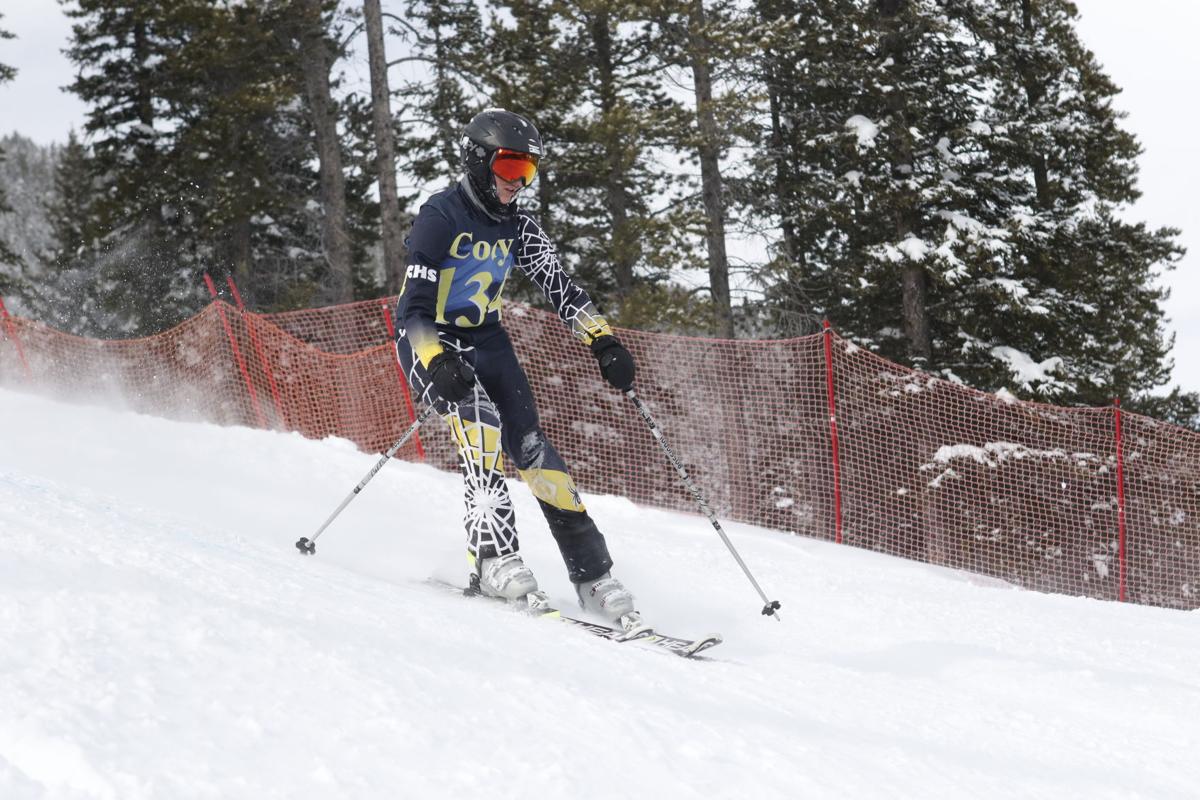 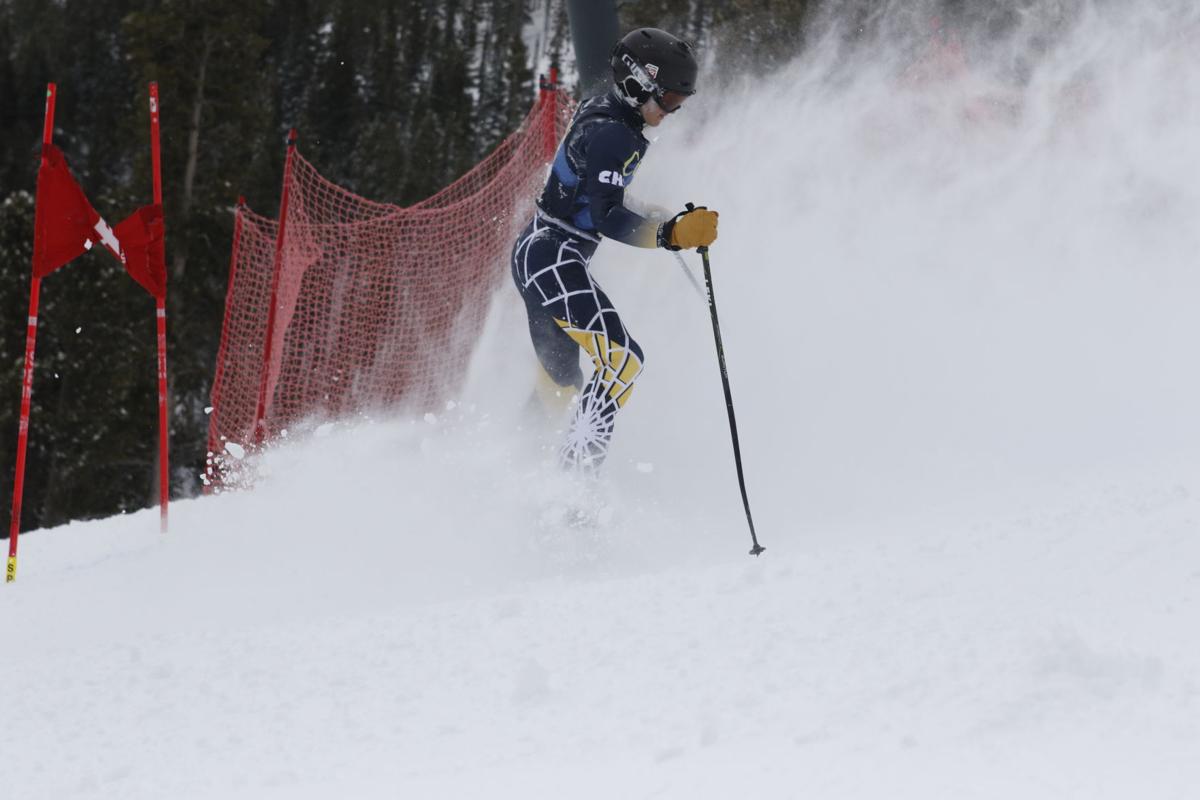 Jasper Crofts spins out from a gate Saturday during the varsity giant slalom race at Red Lodge Mountain Resort. 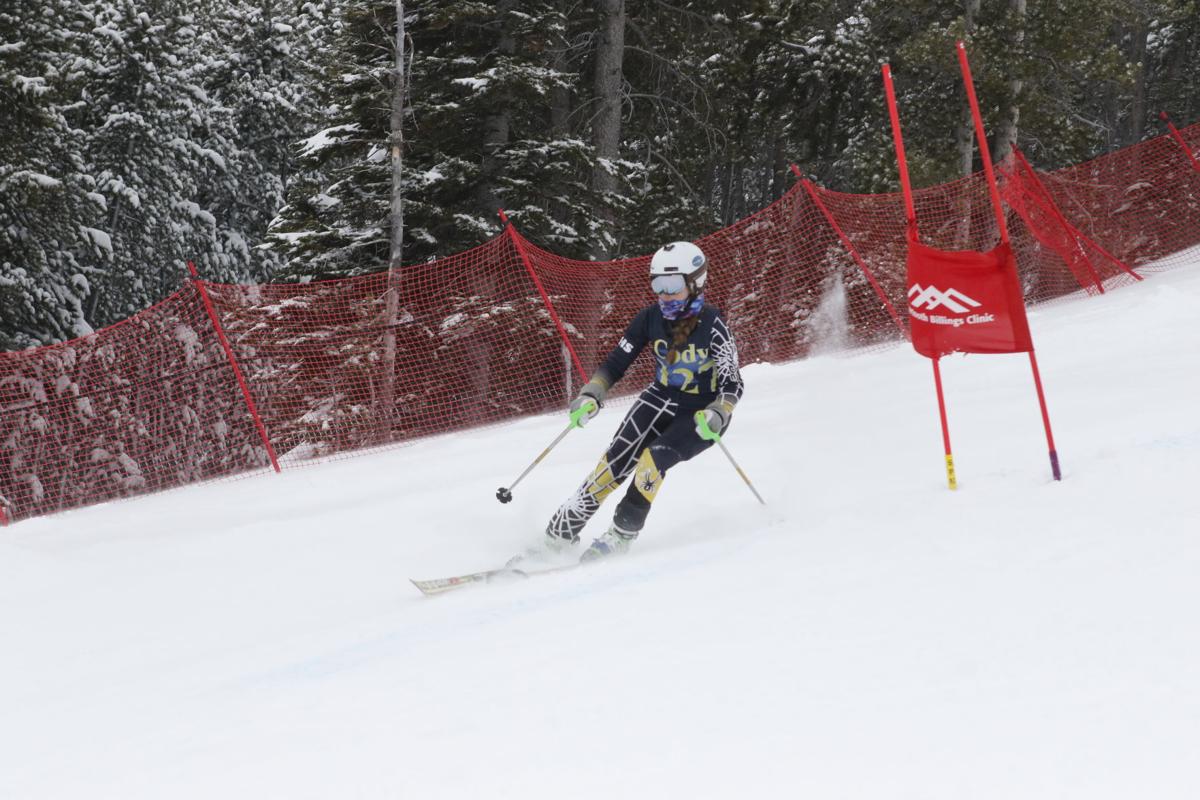 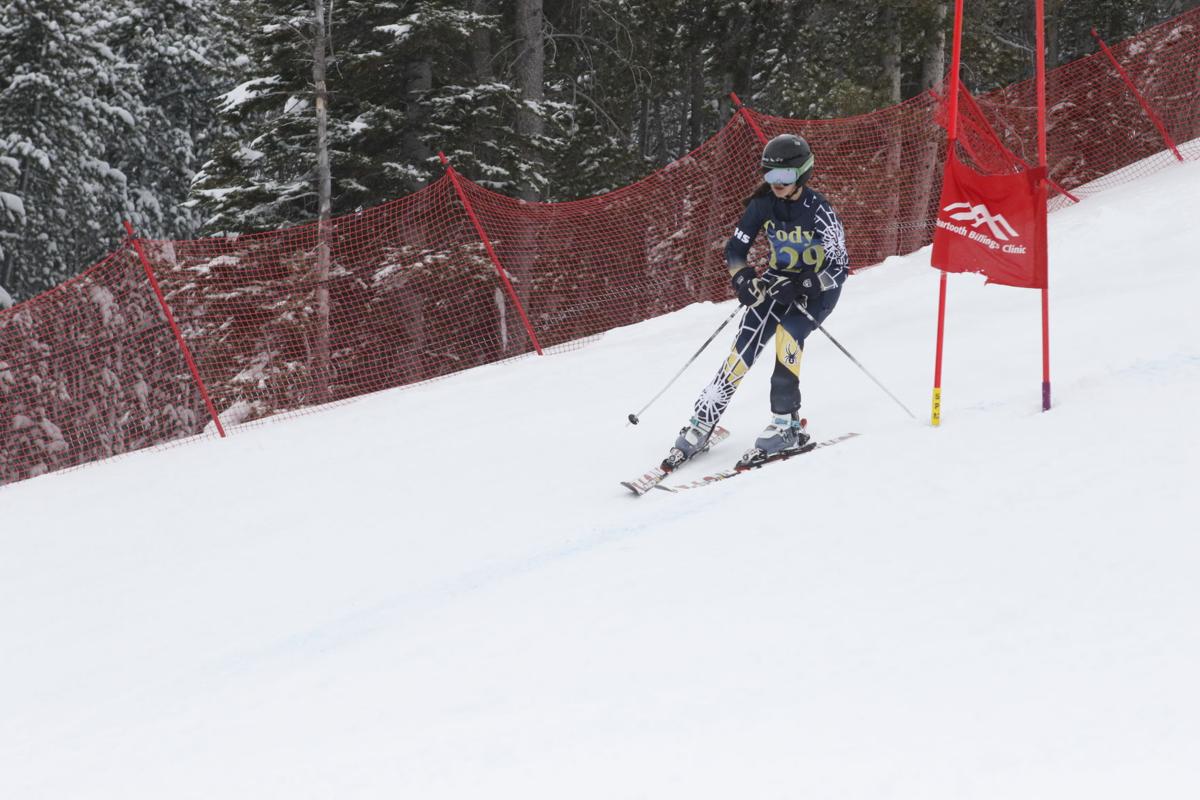 Jasper Crofts spins out from a gate Saturday during the varsity giant slalom race at Red Lodge Mountain Resort.

Cody finished second to Jackson in both girls and boys races.

After Friday’s slalom race was cancelled due to the high quantity of snow, organizers put on an abbreviated GS race on Saturday, with competitors still only taking one run down the Lower Limited course because of poor conditions.

Too much snow can actually be bad for an event, as ski racing is a sport that requires precise turns over an ideally, finely groomed course.

Although falling snow started to dissipate shortly after Saturday’s start, the GS course quickly became unmanicured, with giant banks and ruts littering the course. Volunteers and athletes took turns slipping – a process of pushing snow off a course with one’s skis – throughout the day, but that only did so much.

“It was pretty rough,” said Sterling Banks. “This was crazy.

“As soon as you caught a rut it kind of set me up in that later line and then I just had to run that later run faster.”

But variable conditions are what makes Alpine skiing different from indoor sports like basketball and hockey. Although the playing field may change, it changes for everyone.

Since the team did not get on the course Friday, it was anyone’s guess what they would see come Saturday.

“We did not think it was going to be this bad at all,” freshman Aspen Kalkowski said.

For weeks, Cody athletes and staff talked of the advantage that having a race on their home ski hill might bring, a chance to upseat perennial powerhouse Jackson. The weather and snow may have been a factor that took away Cody’s “home hill advantage” on Saturday.

“It went out the window,” Stonehouse said with a laugh.

Although training on Lower Limited – Wyoming’s steepest high school Alpine ski run – certainly helps the Broncs and Fillies in a general sense, the mass quantity of snow that fell before the race changed the course drastically.

“That’s the stuff you love to watch – kids competing against each other,” Stonehouse said.

Banks led the Broncs with a fifth place finish, only .17 seconds out of fourth place. Just .04 seconds behind Banks in sixth was junior James Davis.

“On the bus ride I spent a bunch of time visualizing the perfect run, the perfect turns,” Banks said.

Banks and Davis have recently developed a friendly rivalry when it comes to GS. At last week’s race in Pinedale, Davis bested Banks by one spot for seventh by .48 seconds.

“There wasn’t (a rivalry) at the beginning of the year but I guess he wants to step up his game so I guess there will be,” Davis said.

Kalkowski led the Fillies with a career-best sixth place. Her prior best GS finish was an 18th place earlier this season. It is not uncommon in various competitive snow sports for an underdog athlete to succeed when conditions are poor, as the unpredictable nature of the course levels the playing field.

“When you throw all the extra hoops out there and all the other variables, then you never know,” Stonehouse said.

Kalkowski said when the season started, she wasn’t even sure she would be able to compete at the JV level.

In seventh was Nicole Wagler, only .07 seconds behind Kalkowski. Catherine Lovera had her second consecutive strong performance in as many weeks with a ninth place finish.

“It wasn’t the best I could’ve done and I think everyone can agree on that,” Lovera said. “But it’s the best we could’ve done for the conditions it was this weekend. When you have that one-time course you just go out there and have fun.”

Friday’s slalom will be made up when the team reconvenes for its next race at Hogadon Basin Ski Area in two weeks. The race will take place Feb. 20 with awards from this weekend happening immediately after.

Then, the normal slalom and GS races will be held the Friday and Saturday of that weekend.