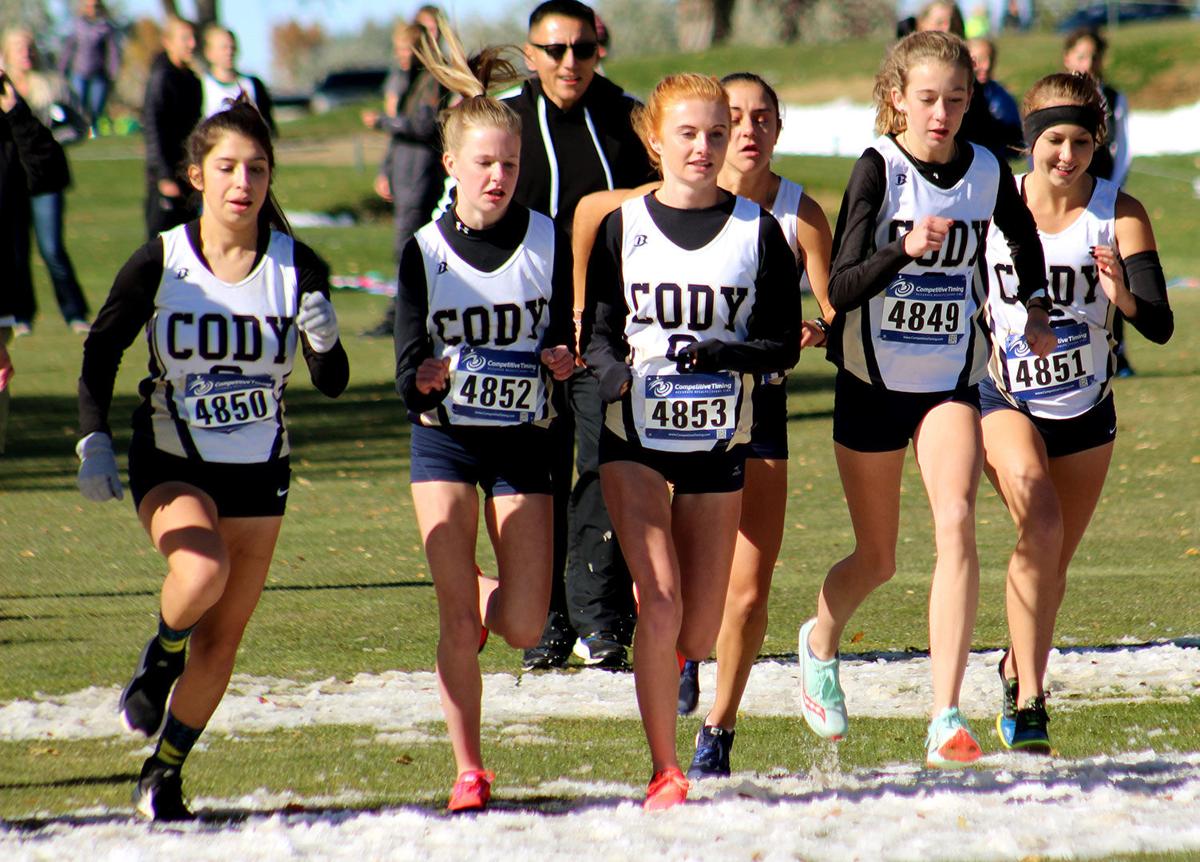 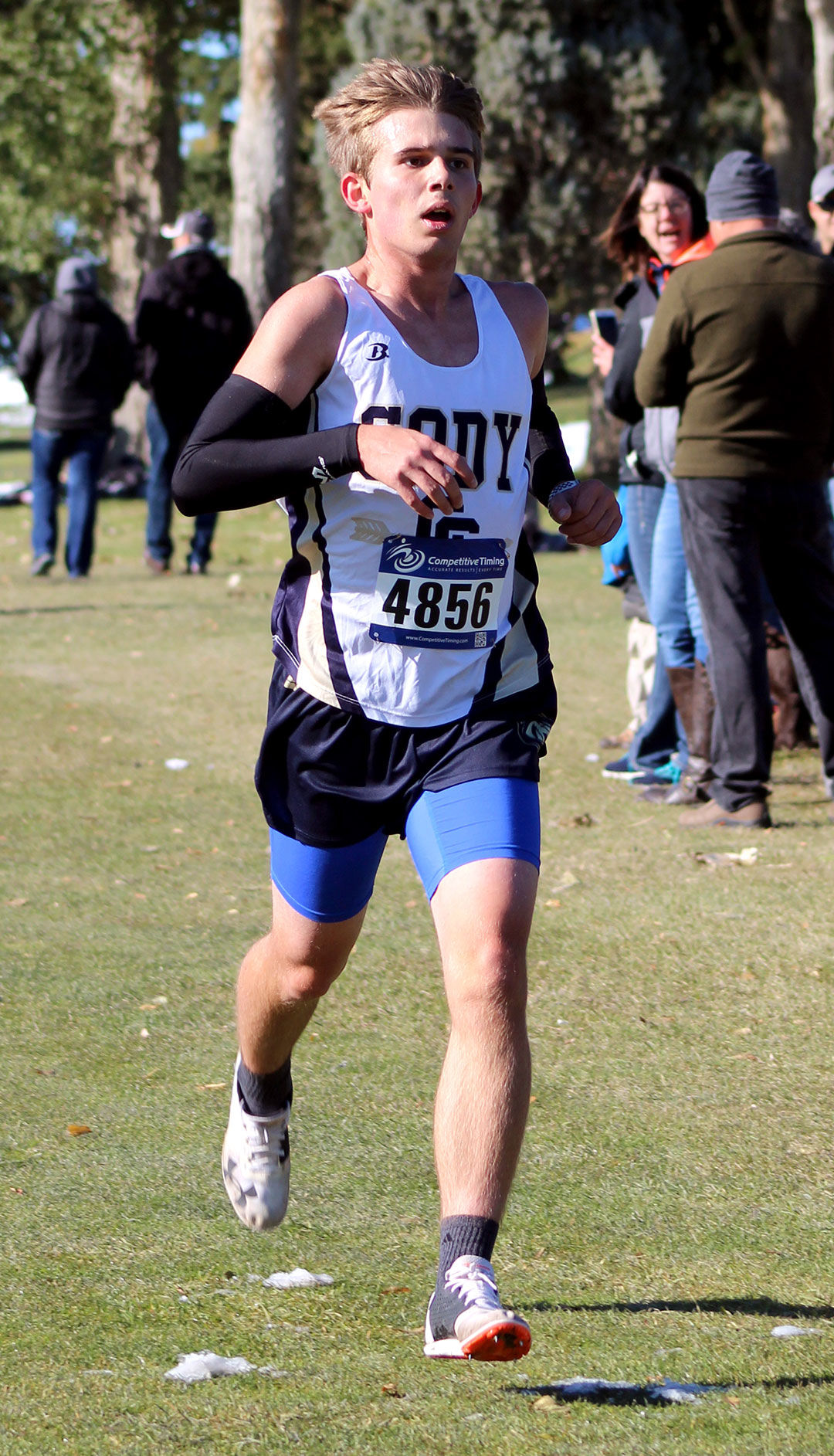 By recent standards, Riley Smith was as dry as the desert at the finish line in the Pinnacle Bank Powell High School Invite.

As long as you didn’t look at her feet.

Trying to ignore the snow patches, mud and puddles, Smith dashed over the 5-kilometer Powell Golf Club course in 18 minutes, 43 seconds last Friday to drive the Cody girls cross-country team to a victory on a route that only two days earlier was buried in snow.

And it was only a week after the Fillies and Broncs competed in Cody in pouring rain.

Smith won easily over teammate Baylee Stafford, whose second-place run was a personal record for the distance in 19:06.

The girls romped in the six-team field, though the boys could not ride Owen Preston’s individual championship in 16:20 to their own title, placing third.

“This course always goes fast,” said a pleased Stafford, who was aiming for a sub-19 time, but settled for a 15-second improvement. “I went out fast.”

A blue sky hovered with only a hint of wind and the temperature creeping past 40. Except for footing, the conditions were nothing to complain about.

“It was super snowy and slushy, but it was perfect running weather,” Stafford said. “This is nice.”

Smith usually goes to the front of the pack alone, but held back briefly before increasing speed.

After a few weeks of sickness and last week’s near-drowning experience, Smith felt at full strength.

“I’m glad I finished one where I’m confident,” she said.

As a team, the Fillies scored 27 points, well ahead of second-place Worland’s 78.

“I think I went out pretty good,” Ava Stafford said.

Powell, whose season was interrupted by illness a few weeks ago, said she is at last feeling like her old self.

“This week has been my best week of training,” she said.

Usual placer Emmy Bower sat out the race with illness.

Rachel Sanchez was 25th, but was a casualty of the slippery ground, taking a fall on some mud.

As he has been all season, Preston was the lead boys runner, seeming to be peaking at just the right time as the conference and state meets loom the next two weekends.

“I’m excited about what’s next,” Preston said. “I just went out comfortable. I think our training has started to show.”

Preston led Wyatt Ostler of Tongue River to the line by 38 seconds, striding strongly in the second-fastest time of his career, just five seconds shy of his personal best.

Tongue River captured the boys crown with 50 points. The Broncs were third with 64.

While freshman David Juergens’ 17:49 made him the second Broncs finisher in 10th, fellow freshman Riley Nielson generated the most excitement for coaches Maggie Kirkham and Scott Shaffer.

Nielson was 18th in 18:30, a whopping one minute improvement. Yet he said he did not even feel as if he was running faster.

The secret to the swift time was going out well, but holding the pace in the middle mile before kicking it in, he said.

Regular higher placer Wyatt Becker was afflicted with an ailment and walked to the finish line.

Analyzing several top times, Kirkham said, “We had a heck of a day.”