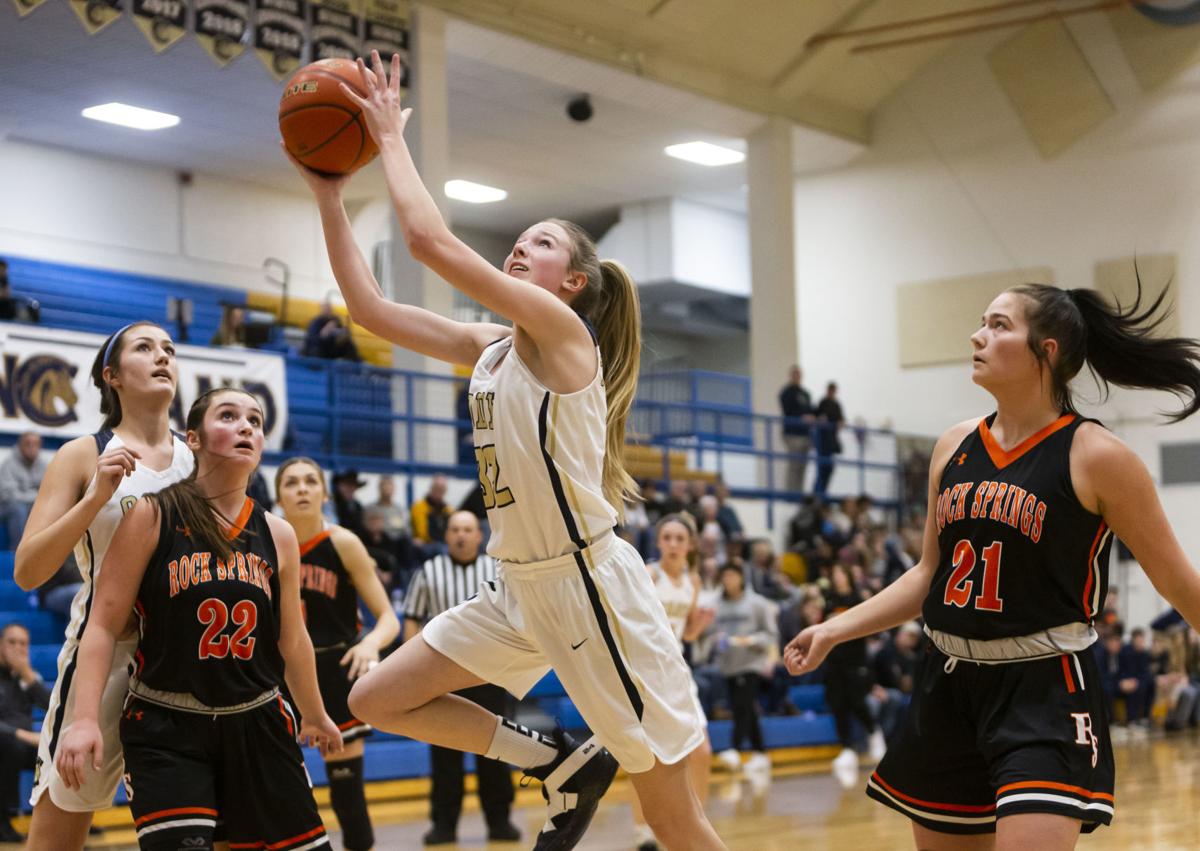 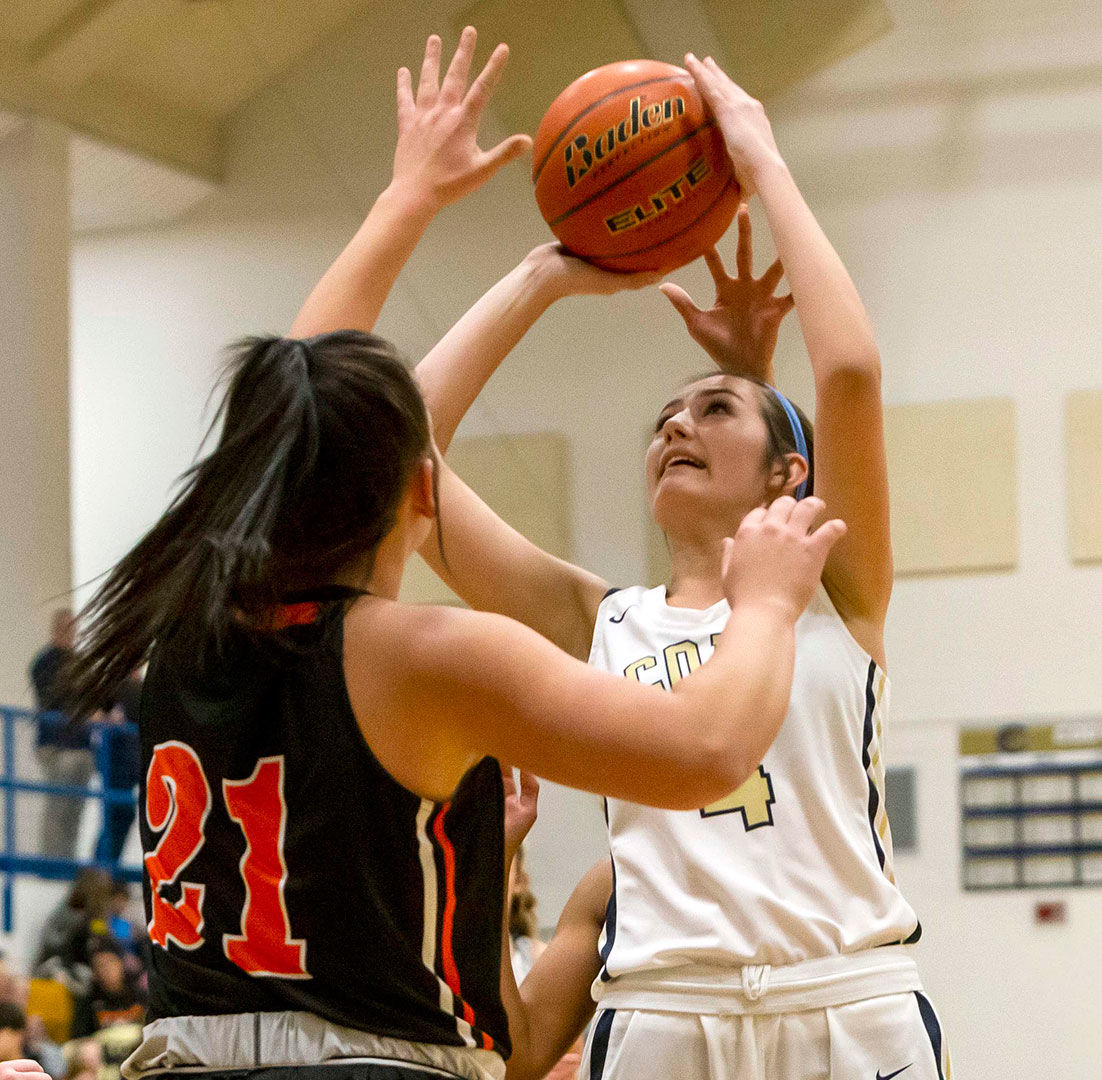 Teagan Thompson goes for a shot over a Rock Springs defender. 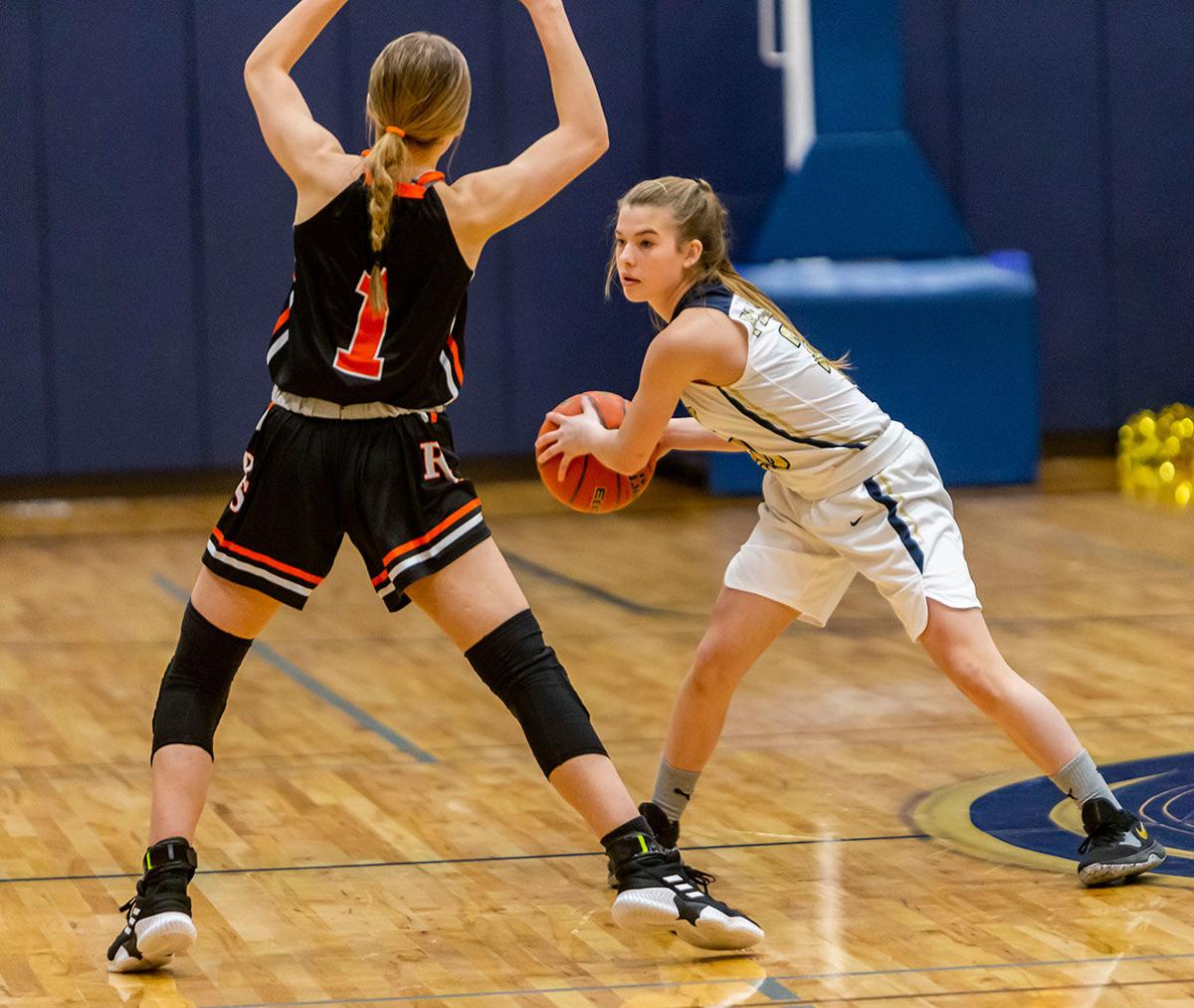 Teagan Thompson goes for a shot over a Rock Springs defender.

The Cody girls basketball team did plenty of things well in last weekend’s 4A conference games, but there were enough struggles to keep the Fillies from winning either.

Cody fell to Kelly Walsh 48-39 on Friday in Casper and lost to Rock Springs 42-35 Saturday at Sweitzer Gym.

“Both games we played some really good basketball, we just need to keep it up for all four quarters,” junior Brittan Bower said. “We are also playing some really good teams and are very competitive with them so we look forward to meeting them again and hopefully getting some wins.”

Against Kelly Walsh, coach Chris Wagner said one of the main struggles was the size of the opponent, which led to the Lady Trojans converting many second-chance points. Cody struggled from beyond the arc but was successful in close, finding senior Teagan Thompson (12 points) near the basket.

“We also capitalized from the free-throw line, 12 of 15 as a team and Teagan 6 for 6 herself,” Wagner said. “When the opponent gets more possessions off turnovers and takes 50 shots to your 39, it’s very difficult to win.”

At home against Rock Springs, where Wagner was an assistant coach through last season, Cody found success early, but the Lady Tigers turned the tables in the second half with defense.

“They face guarded Torrie much of the game and we couldn’t get a shot to go down the second half, even though we were getting some really good looks against the zone,” Wagner said. “We were able to get to the free throw line again but missed some much needed ones down the stretch. Kennedi (Niemann) did an amazing job all game defending Jenkins, the conference’s leading scorer.”

Cody rebounded well, especially on the offensive end, but couldn’t turn them into points.

“I thought at times our performance as a team was pretty good,” Schutzman said. “But then other times we just weren’t working as a team and things started to fall apart.”