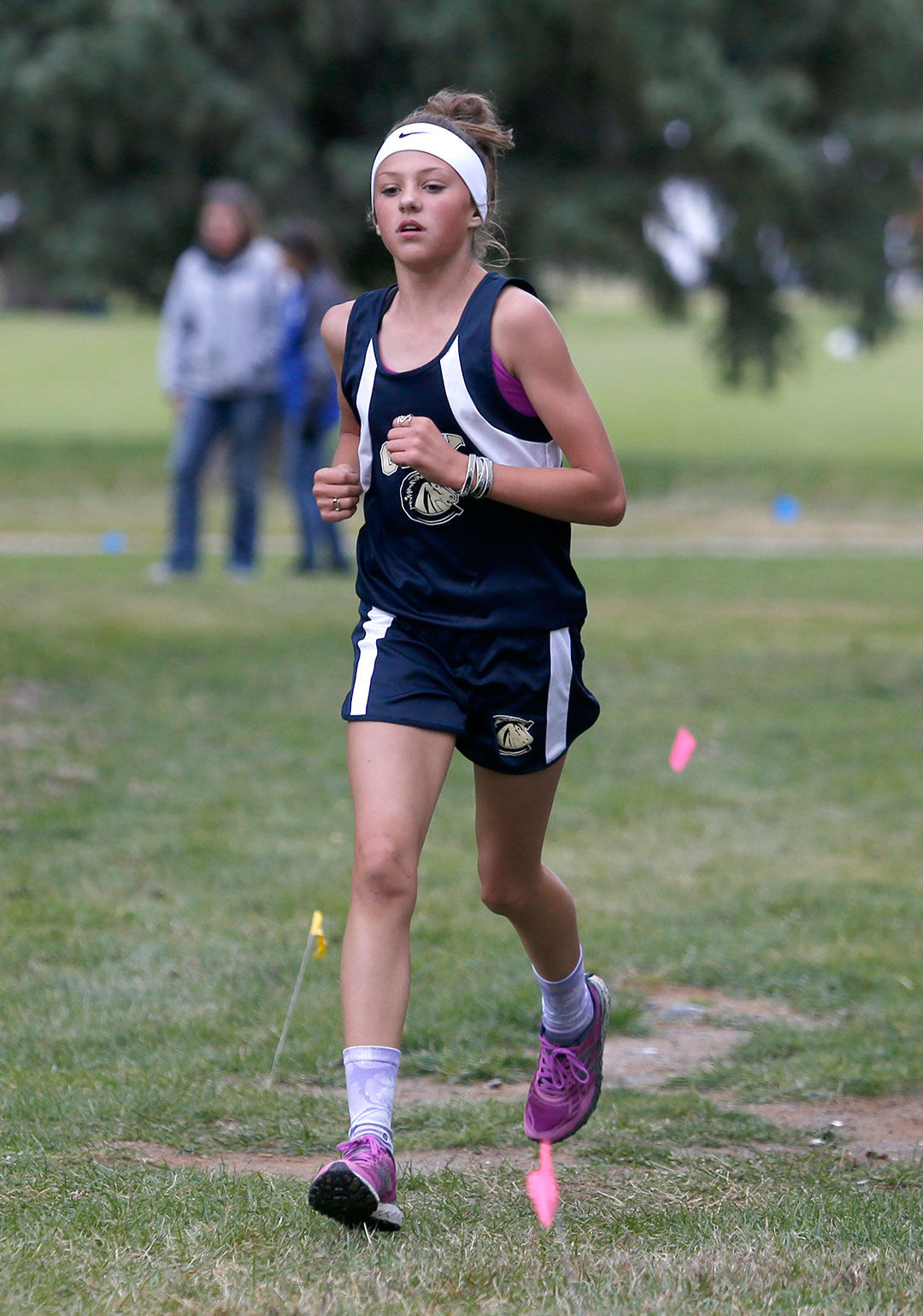 Keira Jackson runs the course during the Cody race.

Keira Jackson runs the course during the Cody race.

It was a successful season for the Cody Middle School cross country team.

The boys and girls squads finished with six first-place finishes between them.

“Overall the boys and girls cross country teams had a fabulous year with 42 kids participating,” coach Dick Smith said. “Coach (Amy) Couture and I were so impressed with the level of commitment, camaraderie and team spirit the runners exhibited every day and we truly felt blessed to work with such a dedicated group of runners.”

The Broncs finished first at the Lovell, Chief Nation, Red Lodge and Cody invites, second at Thermopolis, fourth at Worland and third at the Yellowstone Conference meet.

“The boys had an outstanding year, finishing in first place in four of the seven meets and second at the Thermopolis Invitational,” Smith said. “Their third place finish in the Yellowstone Conference Meet at the end of the year was impressive against a strong Lander team and a Powell team that finished second.”

The Fillies took first at Lovell and Cody, second at Thermopolis, Worland and the Chief Nation invites and second at conference.

“The girls finished first or second in five of their seven meets and finished second in the Yellowstone Conference meet at the end of the year,” Smith said.

“For the boys, Charlie Hulbert, Landen Gallagher, Carter Gail, Randall Nielsen, Bradley McKenzie and the twins Myles and Townsend Bailey consistently finished in the top 15 in every meet,” Smith said.

“For the girls, Keira Jackson, her sister Sadie, Natalie Wenke and Elisa Wachob consistently finished in the top 15 in every meet,” Smith said. “Cross country is a grueling sport and at times our practices and meets were during some pretty nasty weather, yet the kids were always happy, goofy, positive and dedicated. It was a great year and Coach Couture and I are already looking forward to the 2020 season.”