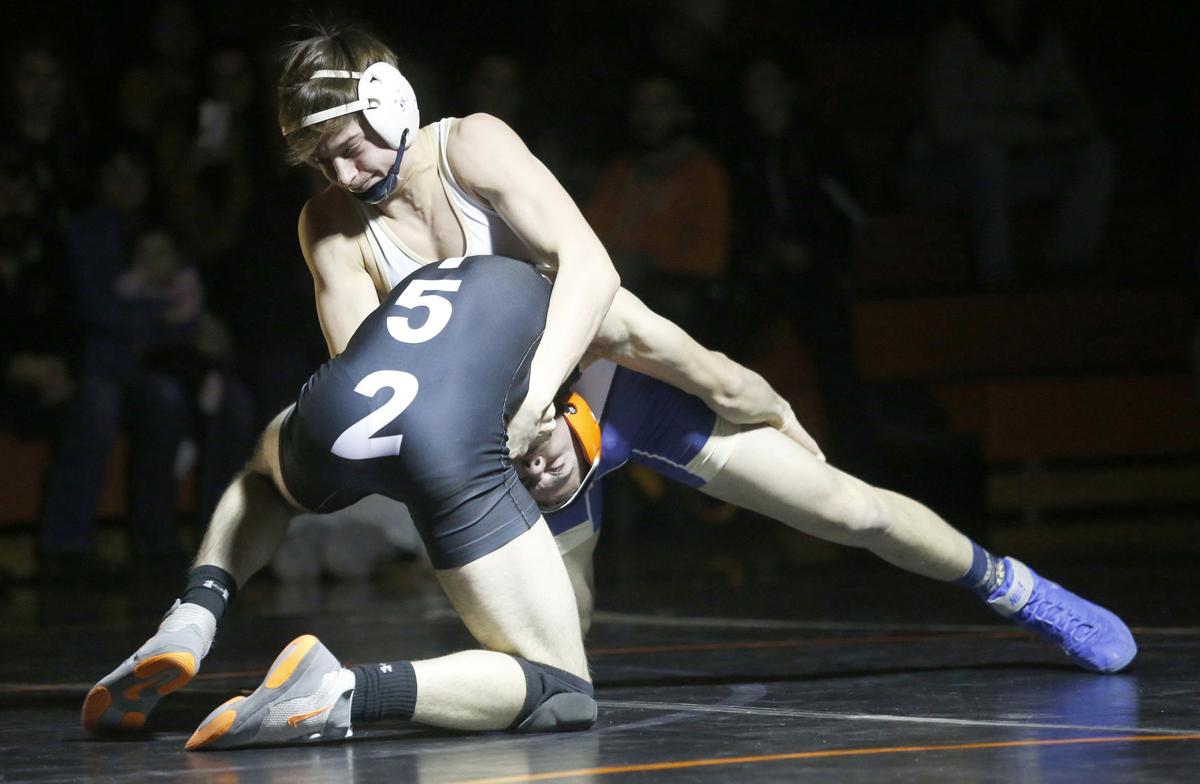 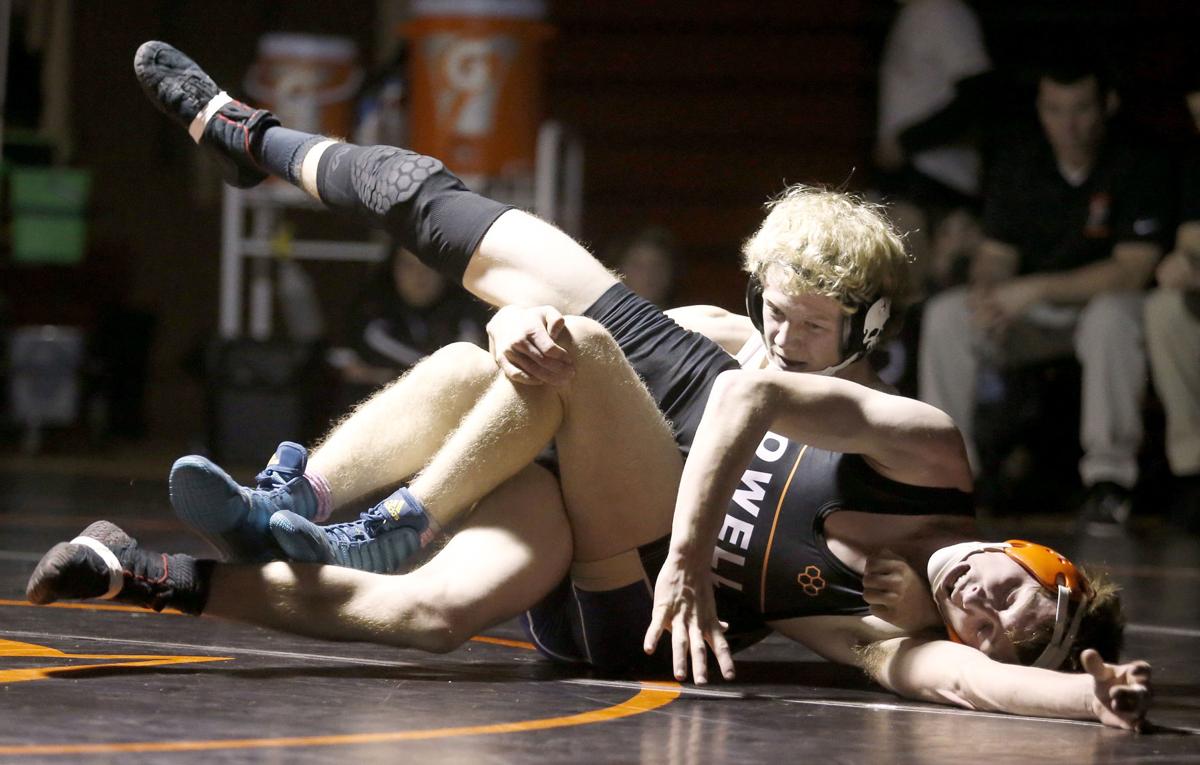 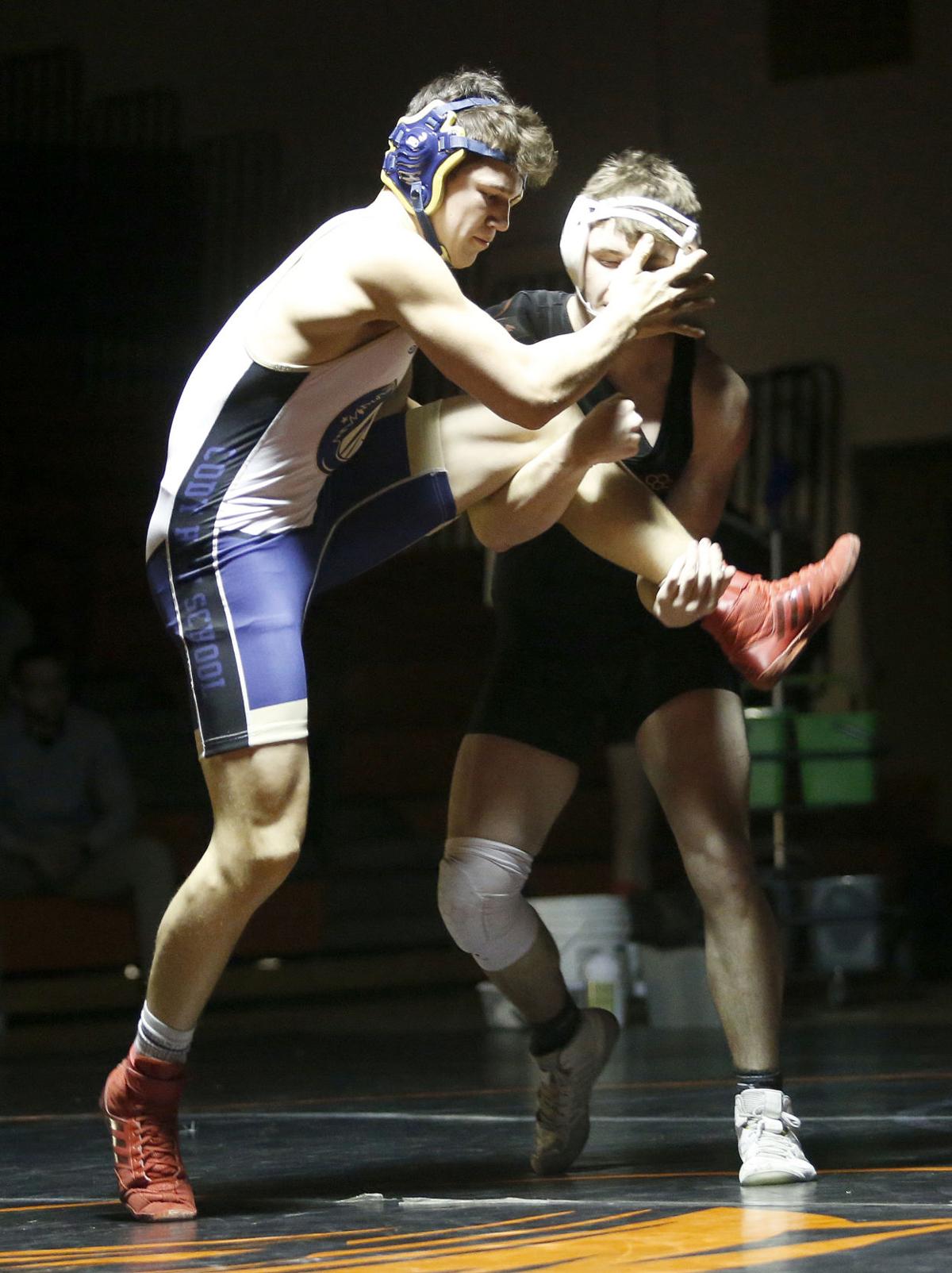 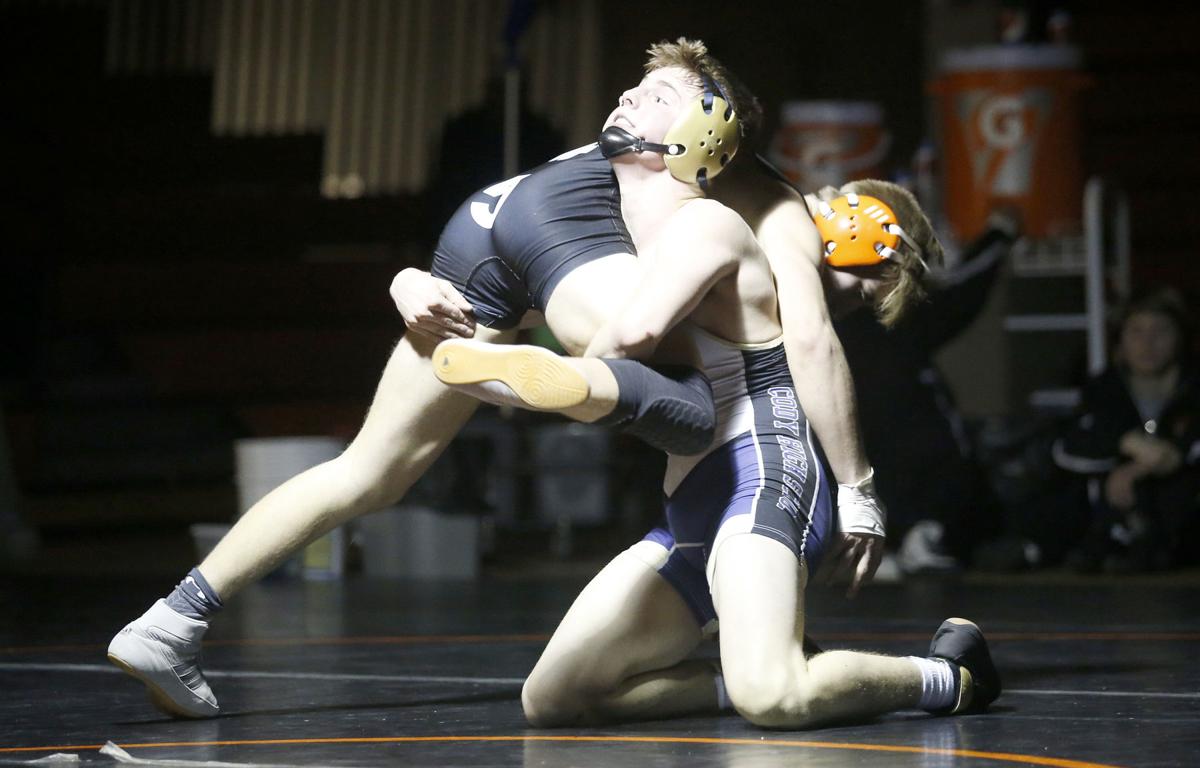 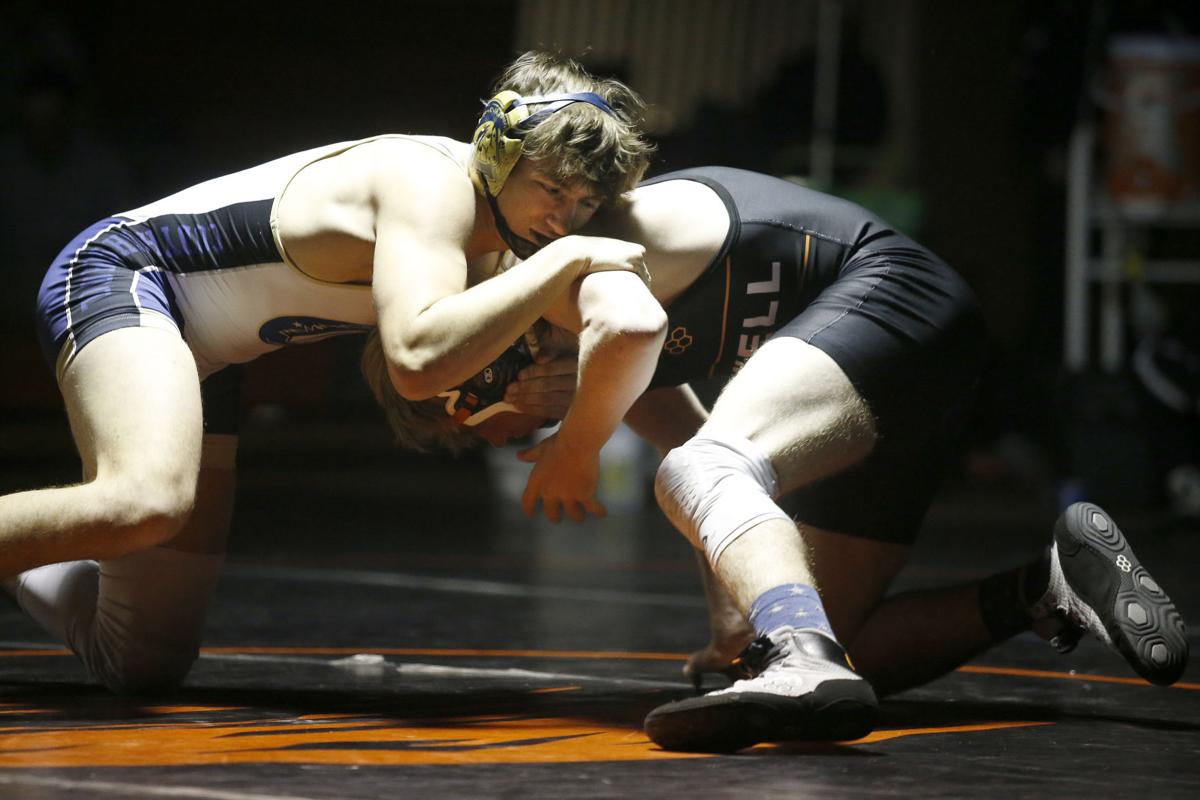 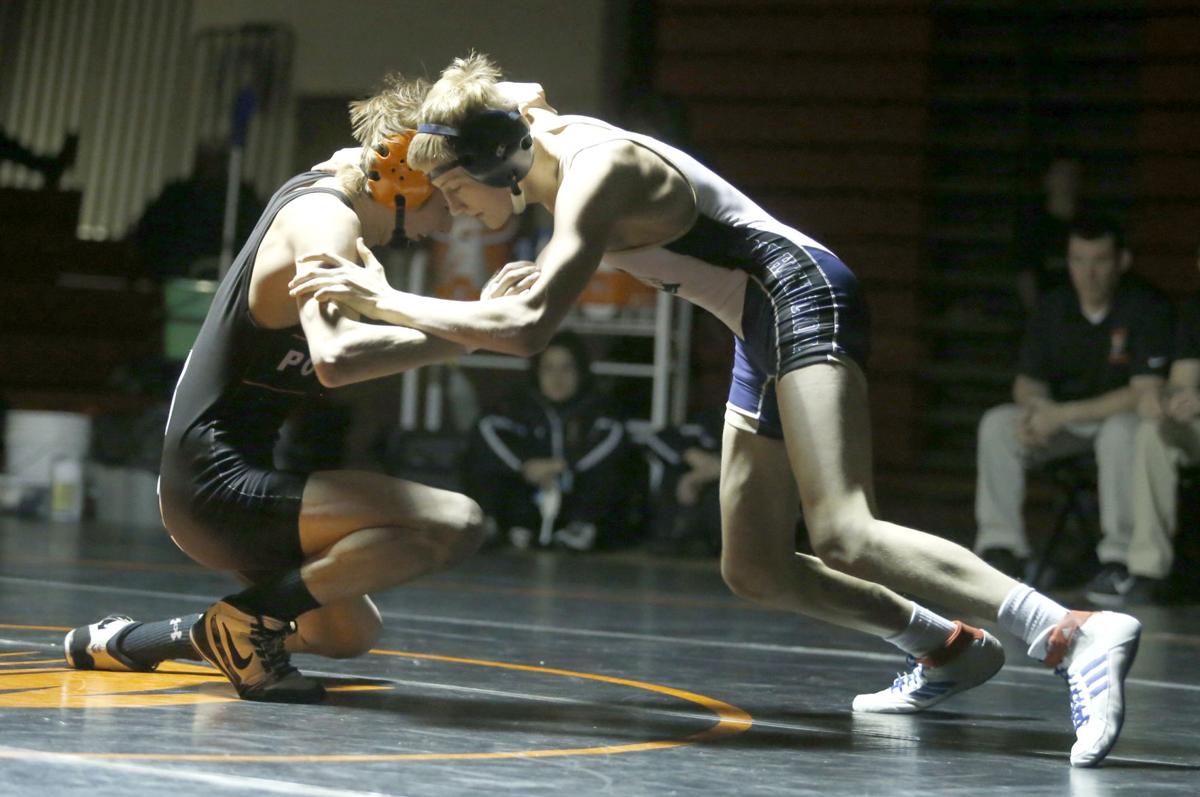 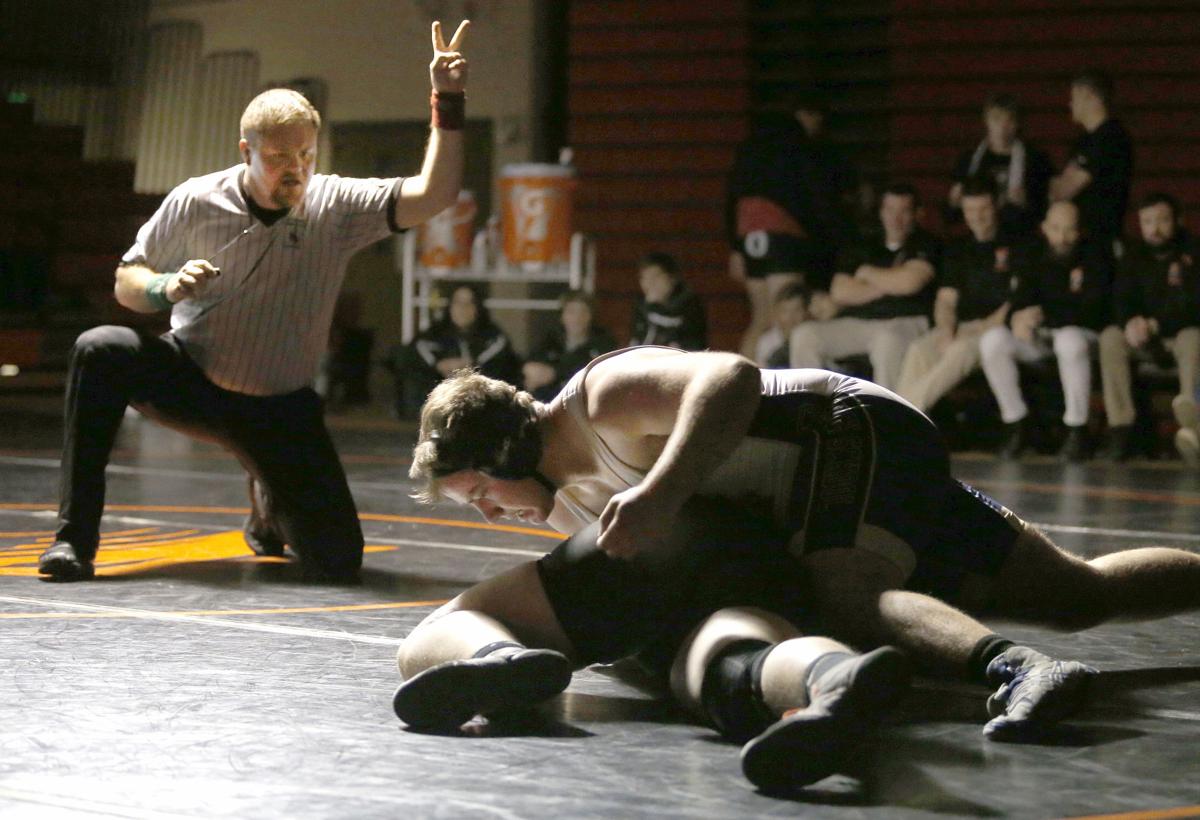 The Broncs lost the dual 48-32, but coach Trev Wood said he was happy with the performance.

“The key matches we thought we could win, we won,” he said.

Fitzgerald, currently ranked fifth in his weight class, had lost to No. 3 Linebaugh in overtime earlier this season.

“For him to come back and get a big win was awesome,” Wood said.

This time Fitzgerald dominated, winning a 13-0 major decision. Up 2-0 after the first period, he scored an escape, takedown and two nearfalls to go up 10-0 after the second. He added another nearfall in the third.

“I’ve been working hard on conditioning and good technique,” he said. “He’s a tough kid but I knew if I was conditioned I’d beat him.”

Deming is No. 4 in his weight class, while Bennett is No. 6. Two takedowns in the first period gave Deming a 2-1 advantage.

He earned two reversals and nearfall in the second period, and a nearfall, escape and takedown on his way to a 16-8 victory.

“I felt confident I was going to win,” he said. “I worked to stay solid on my feet. I need to get in a little better shape though. I was tired at the end and was trying to stall the rest of it out.”

Then Fitzgerald and Deming both earned Cody’s first points of the dual.

“We had four freshmen against some rated kids for Powell,” Wood said. “But the Zain train stopped the momentum.”

Jackson Wood (152) added six more points when he pinned Colby Bennett late in the second period. Wood was leading 9-2 at that point.

In another freshman versus senior match, Jace Grant (182) lost to Matt Seckman by fall in the third period.

“It was a good match for Jace,” Wood said. “He’s been looking better in practice and tournaments.”

Powell forfeited at 195 and Jonny Williams (220) lost to Carson Olsen by fall in the first period.

In the final match, No. 3 Jeff Williams (285) pinned No. 5 Dallas Oliver late in the first period.

“Jeff almost got in trouble, but he used his knowledge the second time it happened to stop it,” Wood said.

Oliver got the first takedown and nearly pinned Williams, who eventually earned an escape and takedown of his own.

“I knew what he’d run and I thought I could catch him in it and get the easy two and flip him,” Williams said. “I got caught but then I knew I’d do it right the next time.”

Cody hosts Greybull on Thursday at 6 p.m. Friday, Buffalo pulled out of the scheduled double dual, so Powell will take on Worland at 5 p.m. Then Cody will wrestle the Warriors at about 6:30 p.m.

“I’m super excited to perform in front of the home crowd,” Zain Fitzgerald said. “It will be fun since it’s my last year.”

It will be the Broncs first home matches since mid-December.

“To finally come back and get under the lights will be fun,” Jeff Williams said.