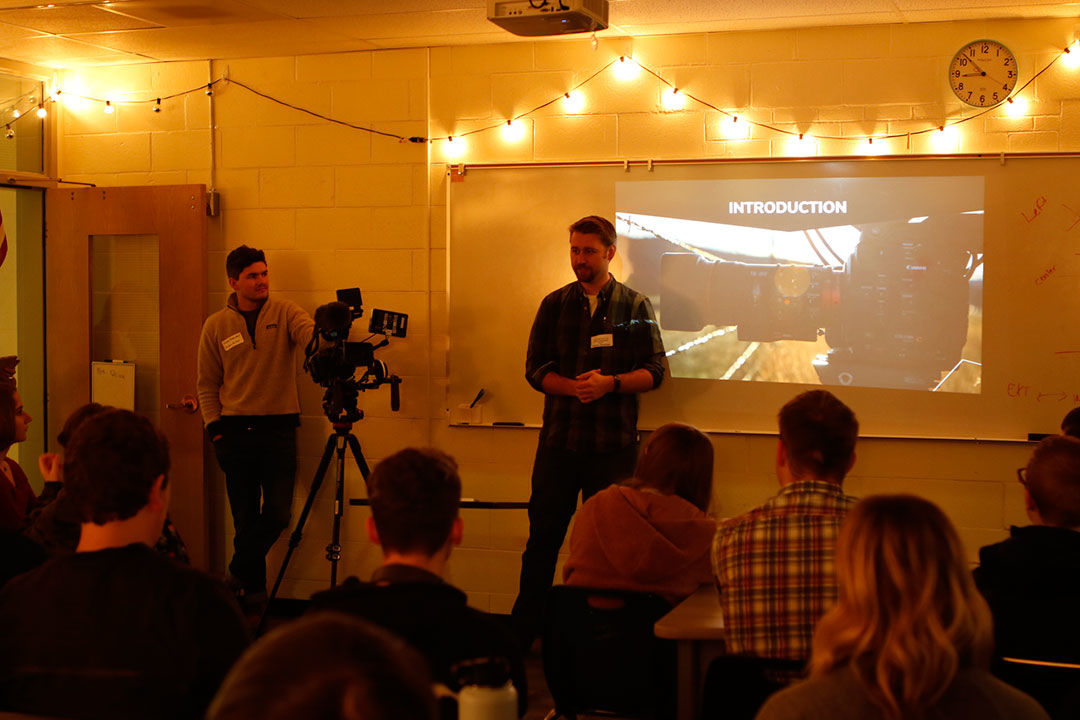 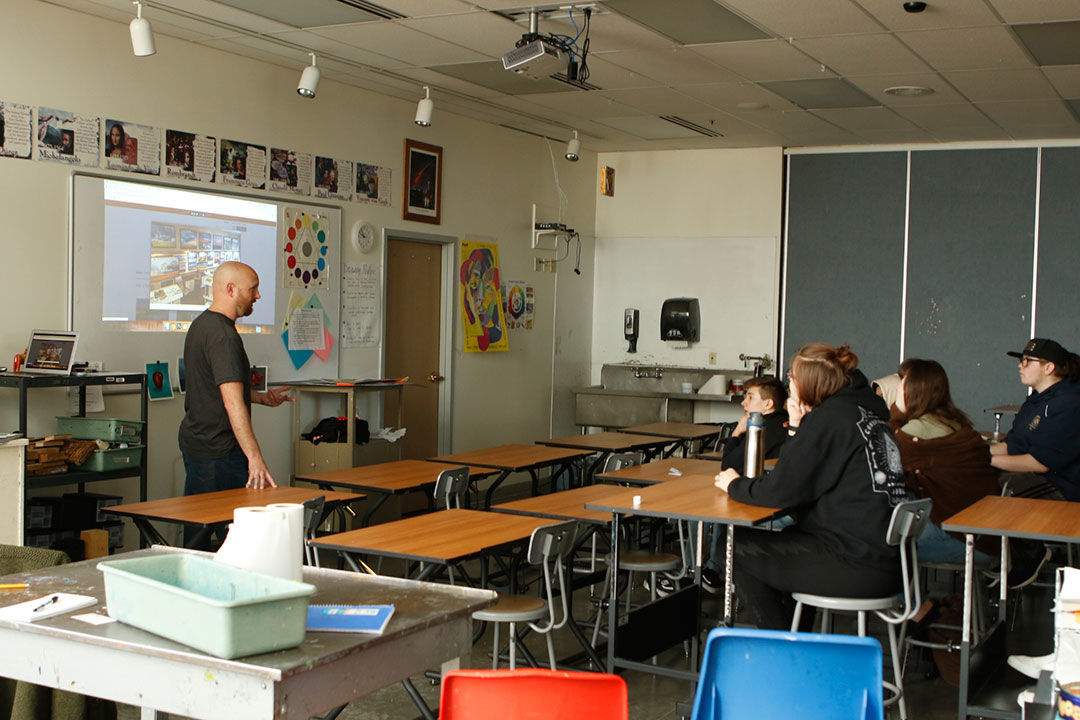 Not many students were eager for just another career fair at Cody High School, senior Haley Meadows said. However, after the sessions, she and other students said they found themselves engaged with the new and encouraging perspectives of this year’s speakers.

“At first, I thought that it was kind of dumb, but mostly because of the limited variety in the choices we could go to,” Meadows said. “But everyone has been really great, they really know their stuff and have made their jobs sound really interesting.”

Students attended various presentations by representatives of businesses and professions who taught the students not only what they do for a living, but how they make a living from what they do.

On March 5, more than 48 speakers presented during each of the three blocks of time, with more than 60 speakers in total for the whole event.

One speaker was Doug Gail of Cody’s Gail Construction, who also started the consulting company Hyphen. Gail, having worked in construction, oil and gas and environmental cleanup, has years of experience in several jobs that he has enjoyed and said he wouldn’t have had if he didn’t have good connections, a well-rounded education and, especially, the conviction to change jobs when he knew what he wanted.

“You’re getting ready to graduate in a month or two, and you’re thinking how great it will be to be finished with high school but also thinking ‘What now?’” Gail said. “The first thing to do is not to stress out. No one expects a teenager to know exactly what they want to do for the rest of their lives. In fact, ‘for the rest of their lives’ isn’t entirely accurate, because the average person will change careers 5-7 times in their life.”

Local artist Brian Timmer, whose studio is found next to Zapata’s Mexican restaurant, gave a presentation on how he became a full-time artist. Originally from Cody, Timmer and his wife had moved to Lawrence, Kan., and Timmer became a pastor because he didn’t think he could make money with his art degree without teaching or selling other people’s art.

When he decided to do art as a side job to make some extra money, Timmer found a large demand for his landscape paintings. As he developed his business as an artist, Timmer found that hard work, availability and willingness to adapt are important for any artist who hopes to make a living from it.

“I think, whatever you take away from my speech, is that you should do work at least 15% outside of your comfort zone,” Timmer said. “It broadens your experience and helps you as an artist. But don’t do so much that you burn out and you begin to hate your job.”

In Lawrence and after moving back to Cody, Timmer has earned money by painting commissioned landscape and abstract paintings and murals, and then selling prints of them. He’s also started selling scarves and lamps with patterns based on his artwork.

Timmer said it was great to speak with so many enthusiastic students.

“They’ve asked a lot of questions I would have at their age,” he said. “Today, they have a lot more tools at their disposal, so there is more opportunity to make a living out of art today than there used to be.”

Preston Randolph from Cactus Pro Film did a presentation on the filmmaking as a career in 2020. Randolph graduated from Cody High School in 2008 and rather than continue his education, he immediately jumped into his career of choice. He found some success as Cactus Pro Film has done work on documentaries and commercial work all over the country.

While he didn’t pursue college, Randolph emphasized the decision to do so is entirely dependent on what students need or want to do to pursue their desired career.

“I didn’t like school, and when I started looking at film schools, I was told by one potential professor not to, and just go out and do it,” Randolph said. “I always learned best by doing, like shooting video, editing footage, doing effects all on my own. Of course, not everyone is like that, maybe they like school and would benefit from that format, but either way, you will need to learn and you will need to work hard. Wherever your interests lie, learn everything you can and be eager to do the job.”

Alan Schotts, Career Center coordinator for CHS for the past 21 years, said the event went well.

“If you were in the hallway at all during the presentations, there were no kids in the hall,” Schotts said. “That hasn’t happened before, at least to this degree.”