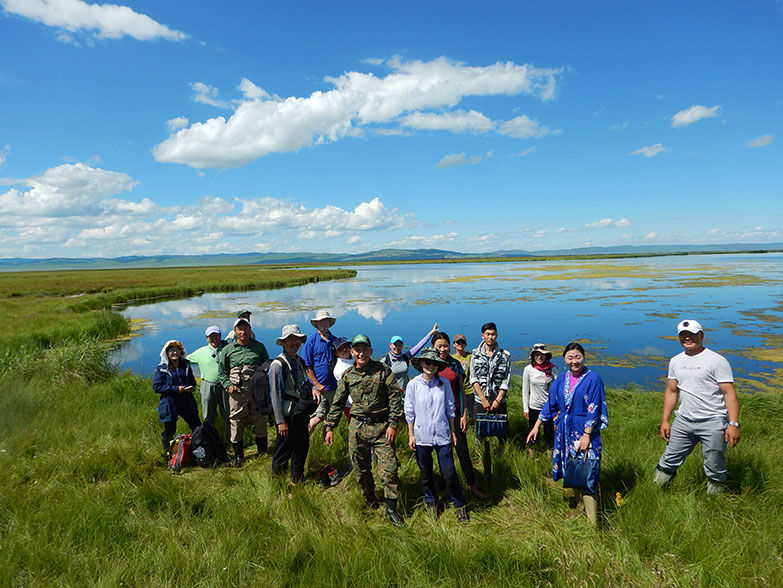 Karri Carry, a hydrologist with the Shoshone National Forest, worked with a team of experts to provide hydrology education in Mongolia. 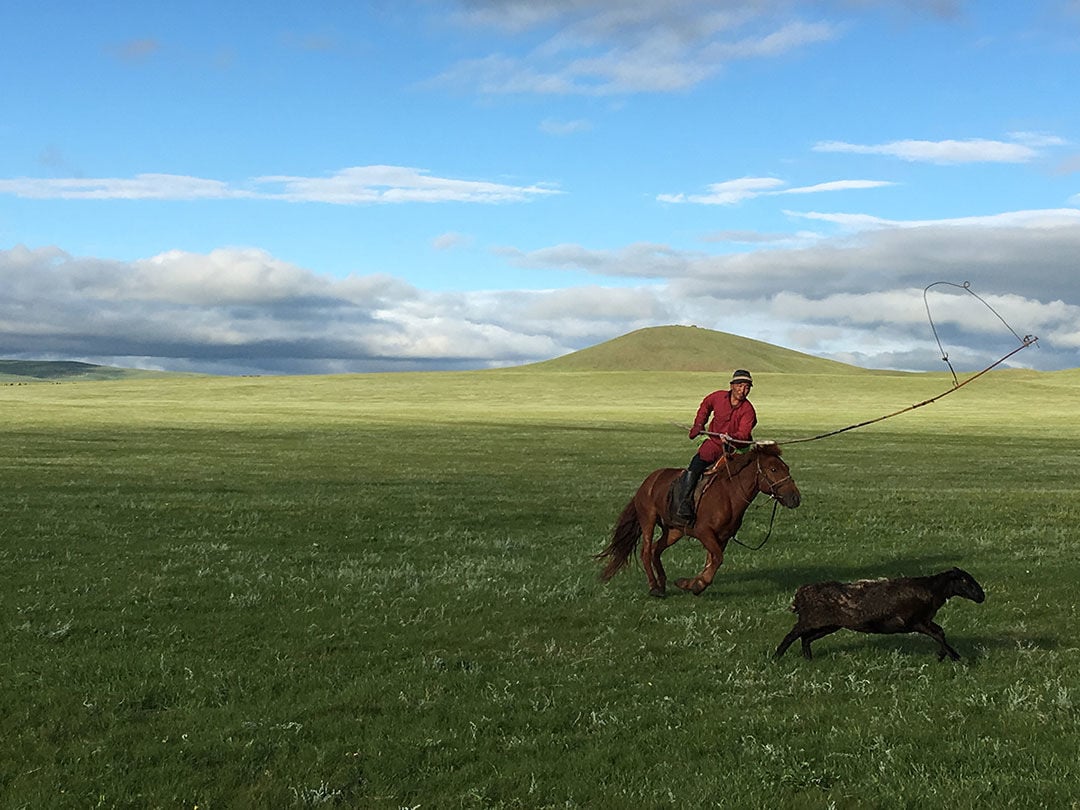 Carry worked with herders on identifying water needs on the steppe.

Karri Carry, a hydrologist with the Shoshone National Forest, worked with a team of experts to provide hydrology education in Mongolia.

Carry worked with herders on identifying water needs on the steppe.

Traveling to Mongolia may not have been in Karri Carry’s job description when she started working for the Shoshone National Forest as a hydrologist but when asked to assist the Forest Service in conjunction with the Wildlife, Science, & Conservation Center of Mongolia in May of 2018, she jumped at the opportunity.

“This is where the need was,”  Carry said.

Carry traveled with a Forest Service hydrologist from Colorado to the Khurkh-Khüiten river valley of northeast Mongolia, to identify and better understand the resources in the valley and identify what needs to be protected. It was a two-week trip due to the massive travel time required to get there from Cody. After about a day and a half of plane rides, Carry still had a cramped, eight-hour van ride before she would get to the actual field camp she and the other scientists would use as a base.

“It was in the middle of nowhere,” Carry said.

In Mongolia there are few hydrologists and physical scientists, which is why Carry and other scientists were recruited to work with and mentor the 16 native wildlife scientists that joined the project to learn about hydrology.

“The commitment of people involved, it spoke volumes,” Carry said.

The project involved protecting wetland hydrology by field-monitoring bird species and taking wetland inventory, which also happens to be a specific day-to-day function of Carry’s job in Cody. But, battling hot and humid temperatures, she lived in a tent for eight straight days, offering her less than typical circumstances.

“A large part of this isn’t just going to Mongolia, but it’s this ability to live in the backcountry, in a tent for a number of days and just kind of be immersed in society when you’re doing this,” Carry said. “It goes beyond just being able to say, ‘Hey, well, I’m a hydrologist.’”

After providing seminars in the morning, the researchers would then head out into the field, an area she found had vegetation similar to northern Montana’s, to apply what was just taught. The work included a variety of watershed assessments, stream-flow rates, lake level data and identifying water source outlets.

“Folks were hungry for this information,” Carry said.

The project also extended to the migratory bird species that inhabit the wetlands, and what it would take to protect their habitat. Carry studied 15 different types of cranes, of which 11 have a threatened or endangered status. The white-naped crane, of which Carry said only about 7,000 still exist in the world, uses the Khurkh-Khüiten valley as a core nesting habitat.

“The value of this valley is really important,” Carry said. “For the white-naped crane this is all there is.”

But just like many other developing countries throughout the world, Mongolia faces the sometimes conflicting pressures that agricultural development imposes on nature and wildlife.

The wetland steppe Carry worked on and countless other sites throughout Mongolia are supported by discontinuous permafrost underneath that provides a valuable water base. Due to global warming, this protective soil has been melting away, removing an important water source. A recent study by the Institute of Geography-Geoecology at the Mongolian Academy of Sciences found that 5 percent of Mongolia’s permafrost—13,150 square kilometers—had thawed completely between 1971 and 2015.

“It’s on the forefront of everyone’s minds,” Carry said. “How do we still respect the herders’ lifestyle and preserve that land?”

Over the course of the trip Carry analyzed what water resources exist, the long-term viability of the habitat and how those factors integrate with the land management employed by the nomadic herders who frequent the area.

For these herders who have used the wetlands for countless eons, the valley provides a tremendous forage supply for their animals, but only during a short summertime season, often followed by brutally harsh winters. She said the next piece to this project will place a large emphasis on working with these herders and teaching the value of sustainable practices.

“How do you allow folks to graze within this area and still protect the resources, similar to what we’re doing here (in Cody)?” Carry asked.

In all, she found the Mongolian people to be “gracious and kind,” opening their hearts to her and her staff.

“We were new there, but we never felt like it,” Carry said. “They’d give speech after speech thanking us for being there. Saying hello and saying goodbye could sometimes take three hours.”

And as science-focused as the trip was, Carry said she sometimes had to sit back and just enjoy the scenic beauty that the wetlands in this far corner of the world provide. She was also forced to take into consideration the consequences if they are depleted.

“They’re just incredible places,” Carry said. “There’ll be all kinds of nomadic herding, and there’ll be all types of white-naped cranes in this time period of breeding and the question is what kind of water is going to persist in these areas.”