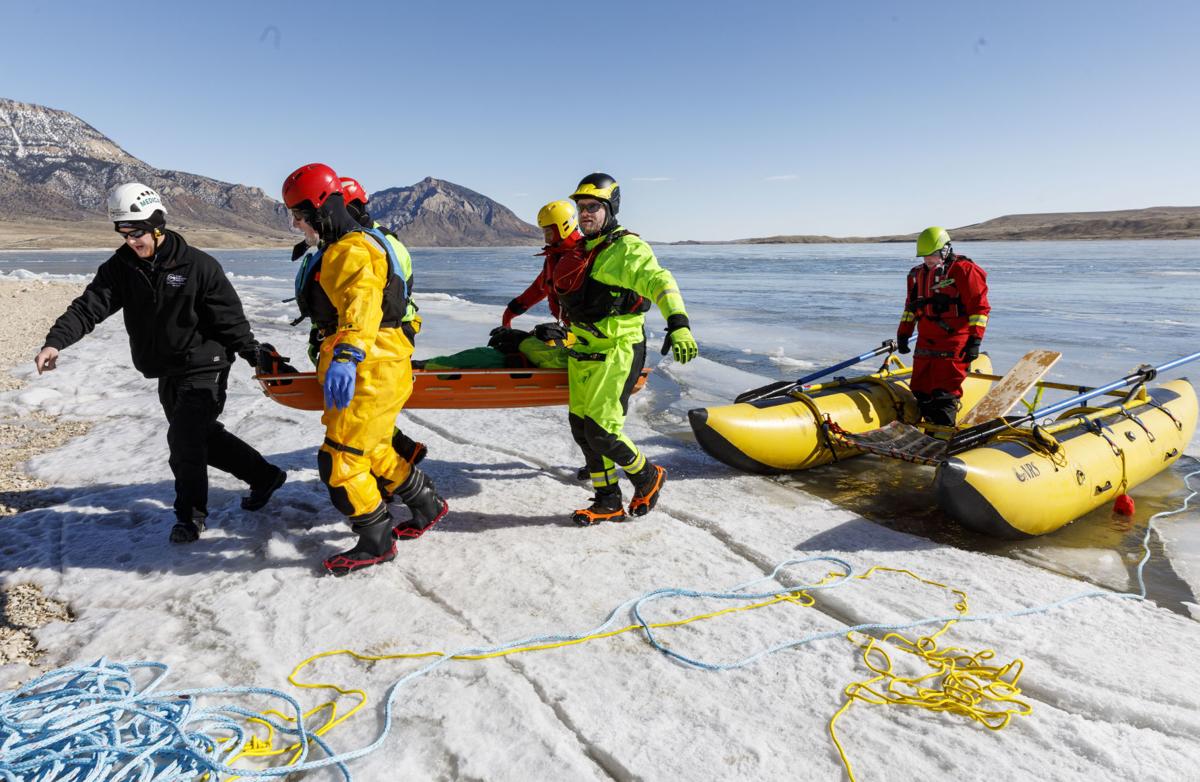 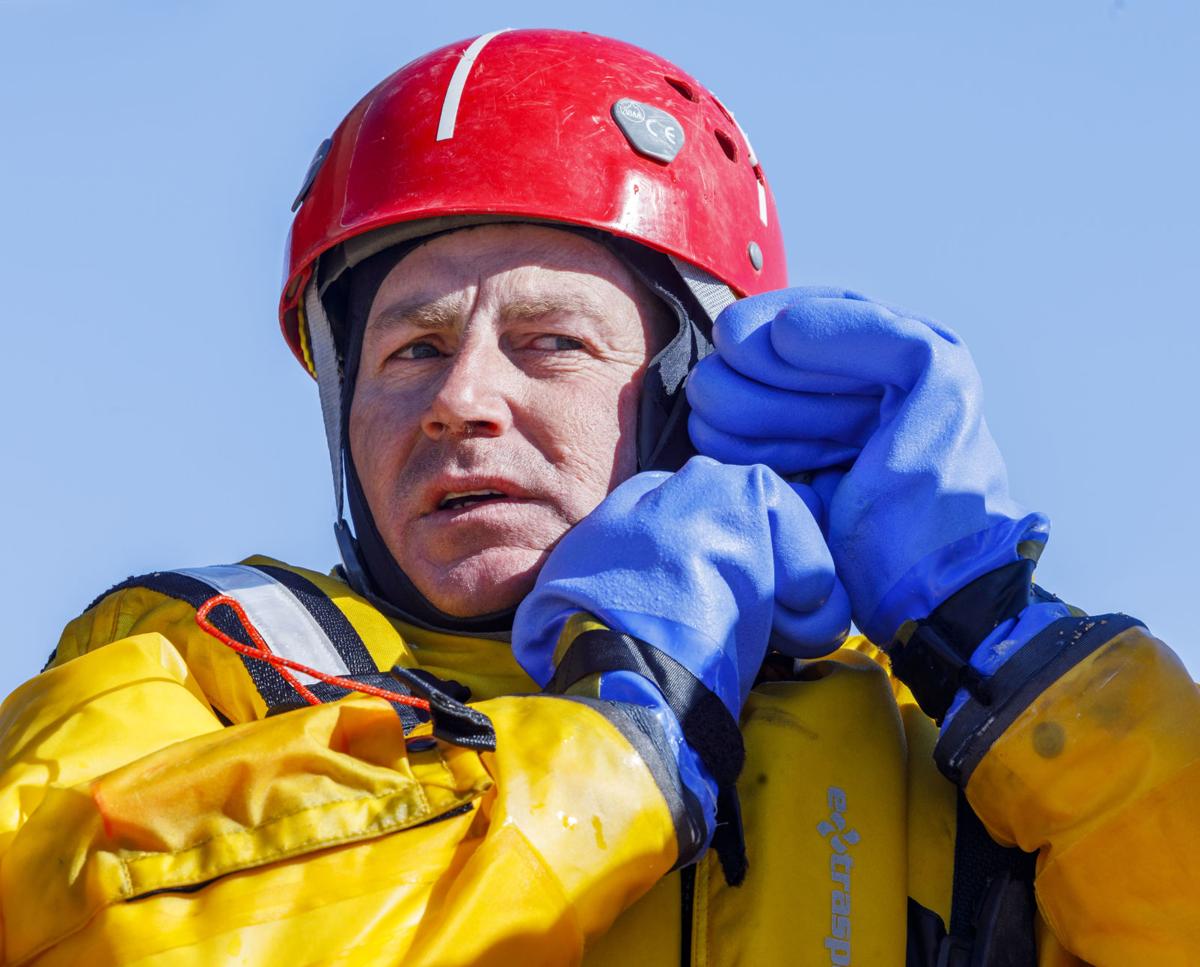 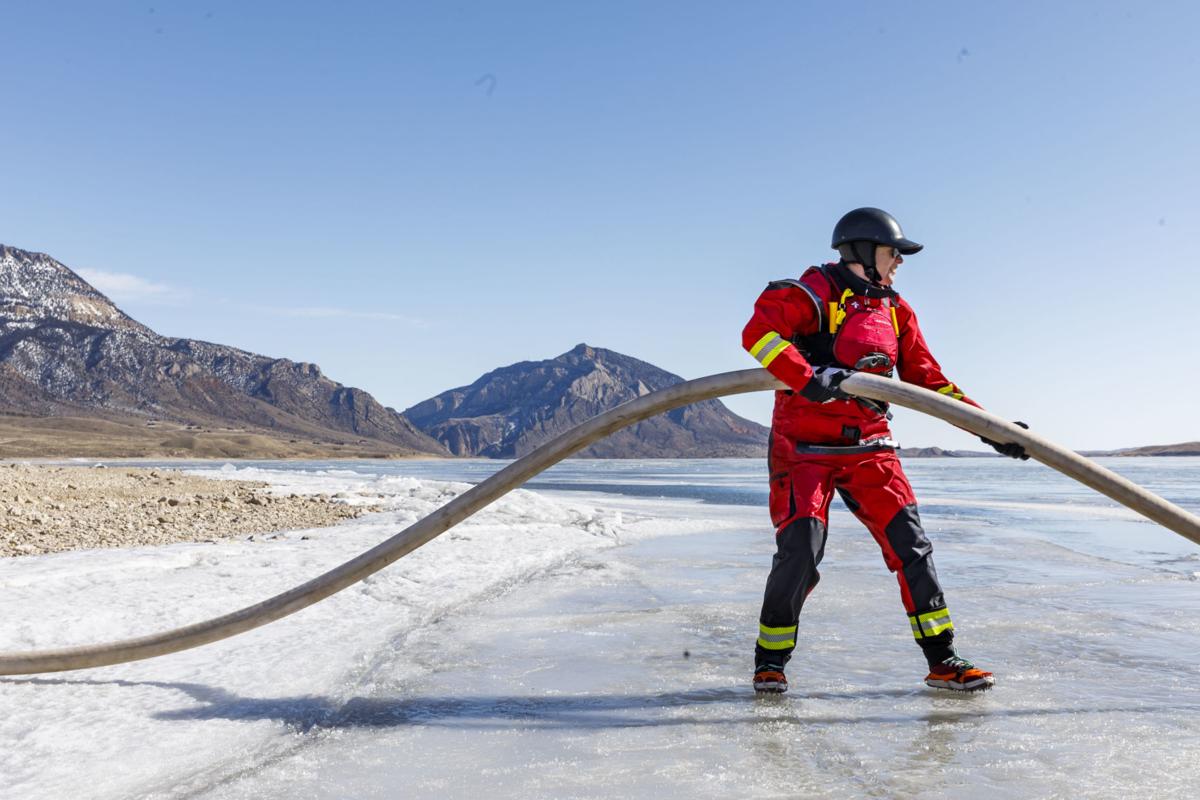 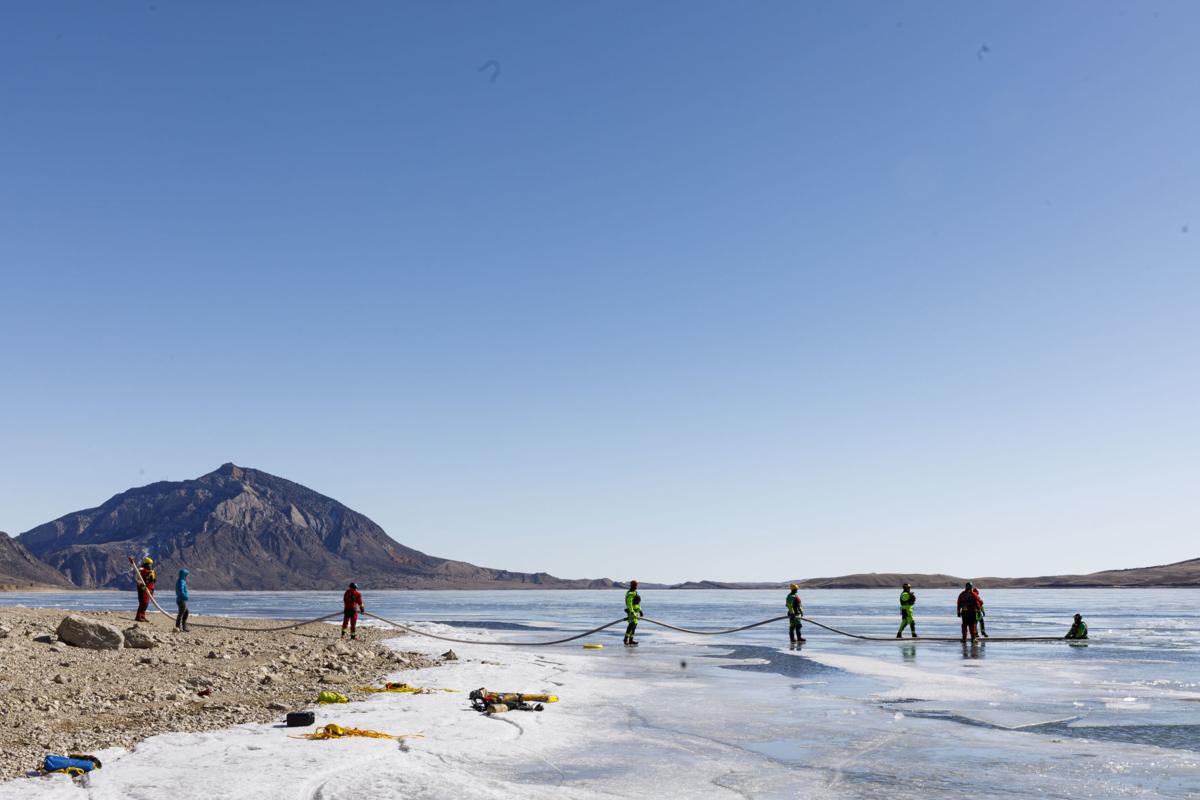 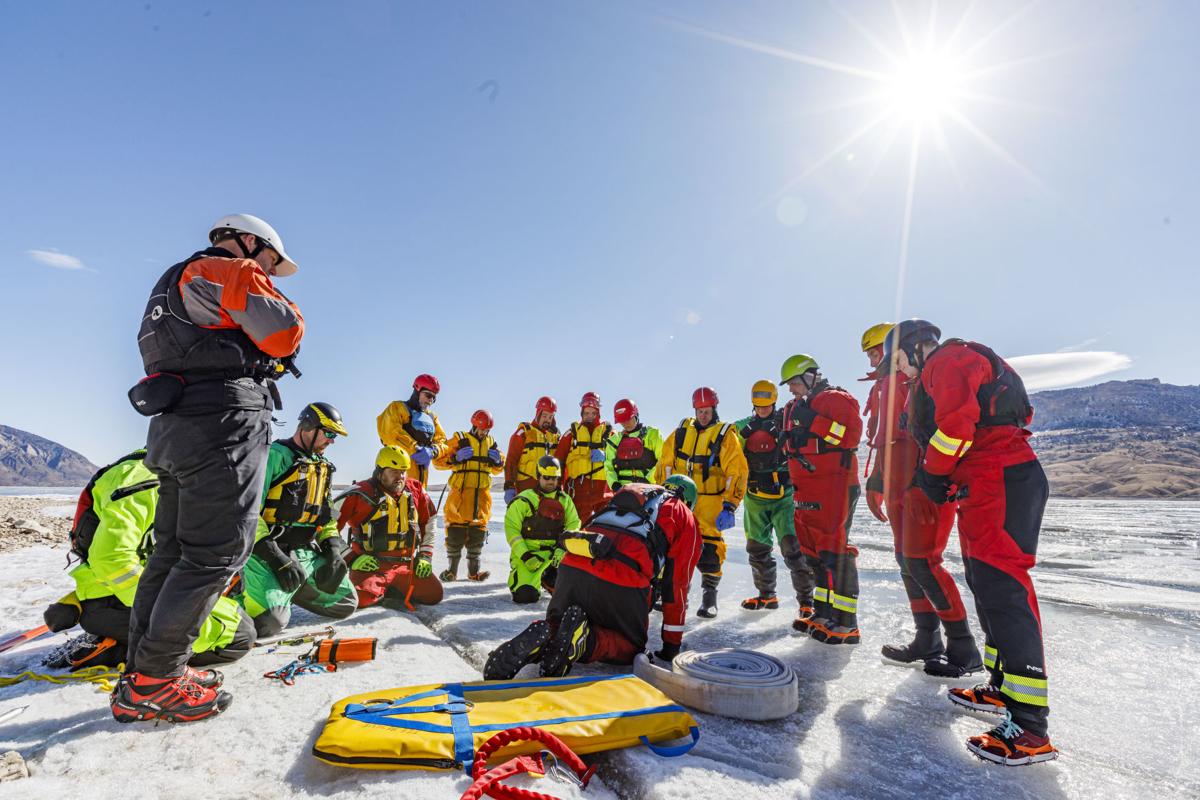 Fifteen search and rescue volunteers from around Wyoming huddle up to learn about ice anchoring a technique used to break a large sheet of ice during a rescue at Buffalo Bill Reservoir Sunday, February 23rd. 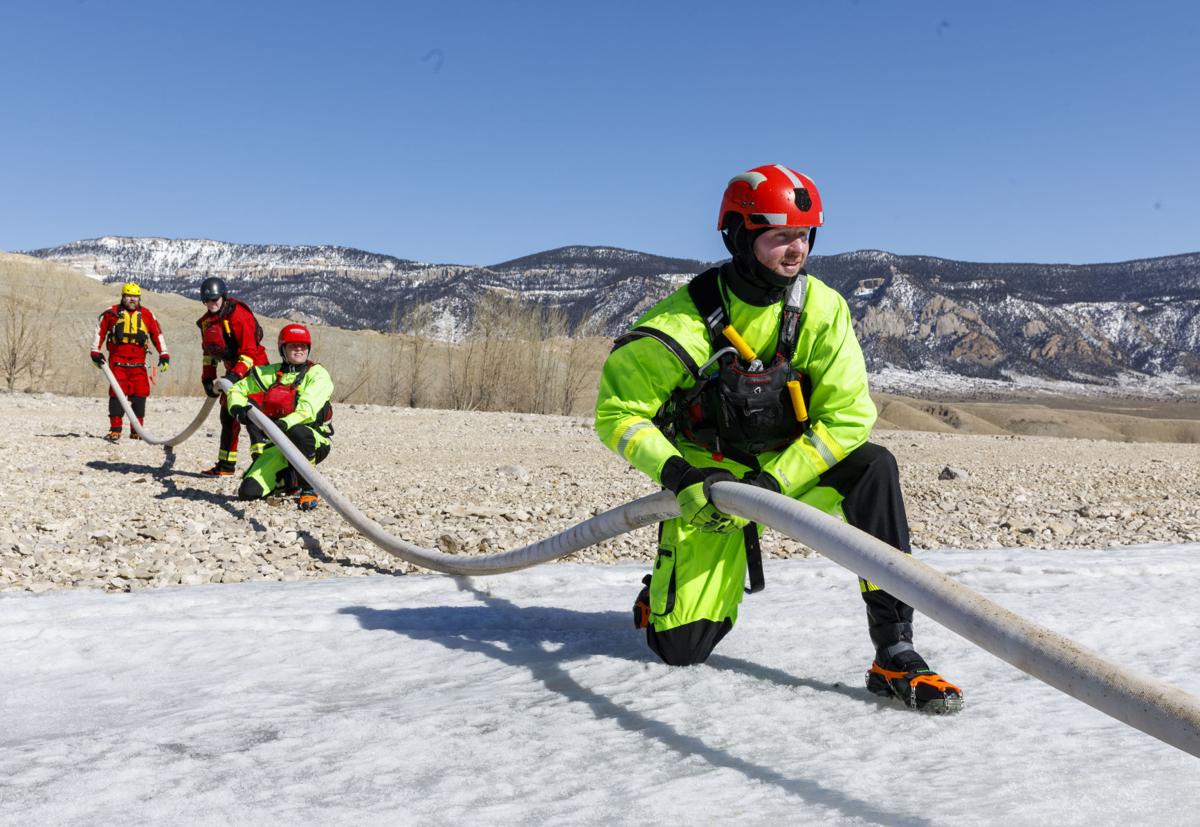 Fifteen search and rescue volunteers from around Wyoming huddle up to learn about ice anchoring a technique used to break a large sheet of ice during a rescue at Buffalo Bill Reservoir Sunday, February 23rd.

The overall intent of the training was to educate search and rescue personnel to understand ice behavior as well as various rescue techniques.

Saturday’s session was held in the classroom covering the physics of ice thickness and thawing as well as discussions on various rescue techniques for those who have fallen through the ice.

Sunday was spent on the Buffalo Bill Reservoir putting these techniques to use in staged scenarios, all designed to sharpen the skills of the rescuers. Students came from all over Wyoming and included search and rescue personnel from Park, Washakie, Hot Springs, Lincoln and Fremont counties.

Park County Search and Rescue Coordinator Bill Brown said Park County receives very few ice rescue calls per year, but there are enough activities on the ice throughout the county that would justify his members keeping up-to-date on rescue techniques.

“We don’t train on what has happened, but rather what could happen,” he said. “And being prepared is the key to a successful ice rescue where response time is critical.”

Sheriff Scott Steward also weighed in on personal safety when on the ice.

“We absolutely recommend that anyone venturing out on the ice wear a personal floatation device (life jacket) and carry a pair of rescue ice picks, which allows you to pull yourself up and out of the water should the ice give way,” Steward said.

He also cautioned people to be aware of changing ice conditions as the day progresses.

“Yesterday was sunny and 50-plus degrees and what was very sturdy ice in the morning became unstable by mid-afternoon,” Steward said.

For more information on ice safety, go to adirondack.net/winter/hiking/ice-safety-tips/.